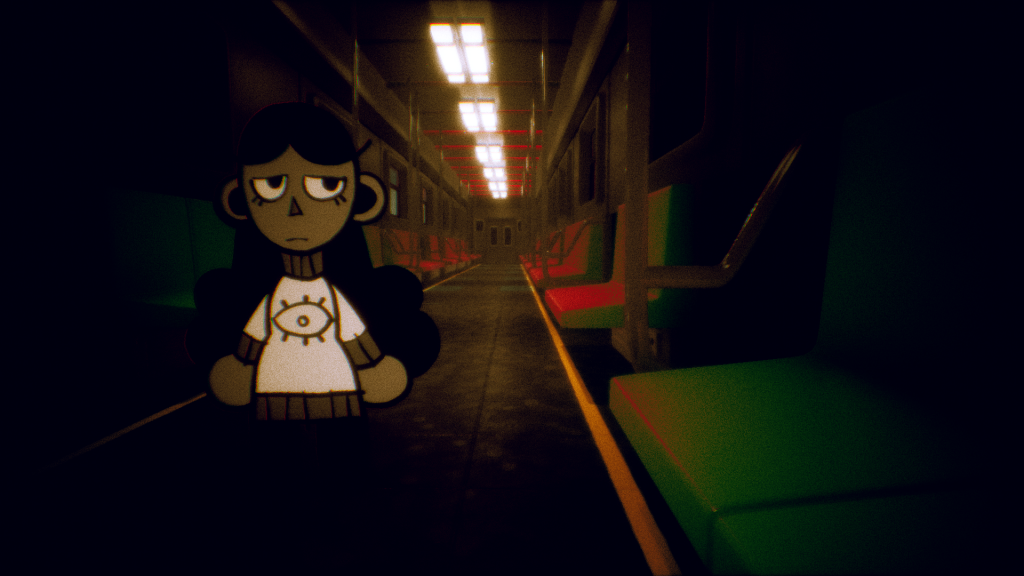 There’s something a little scary about public transportation — especially when using it as a child. The hustle and bustle of busy adults can make the environment feel chaotic, the mere act of finding a seat inciting a sort of primal panic. While WebMD tells me this is a symptom of agoraphobia, I imagine this anxiety over taking public transport is considerably more common in areas where the car is king. In the very least, the potential for terror is absolutely there, as evidenced by the countless psychological horror/thriller movies occurring on busses, planes, and trains.

It’s this environment Subway Midnight dives headfirst into, exploring every possible spookycute dimension to which the train can take players. Developed by Bubby Darkstar and published by Aggro Crab, Subway Midnight is available on Steam for the very friendly price of $9.99 — a great deal for an 3 – 6 hour experience. Encouraging players to explore the cabins, run from danger, make friends with ghosts, and try to avoid becoming a ghost in the process, Subway Midnight will appeal to players who like the idea of horror (even if they don’t like horror itself). 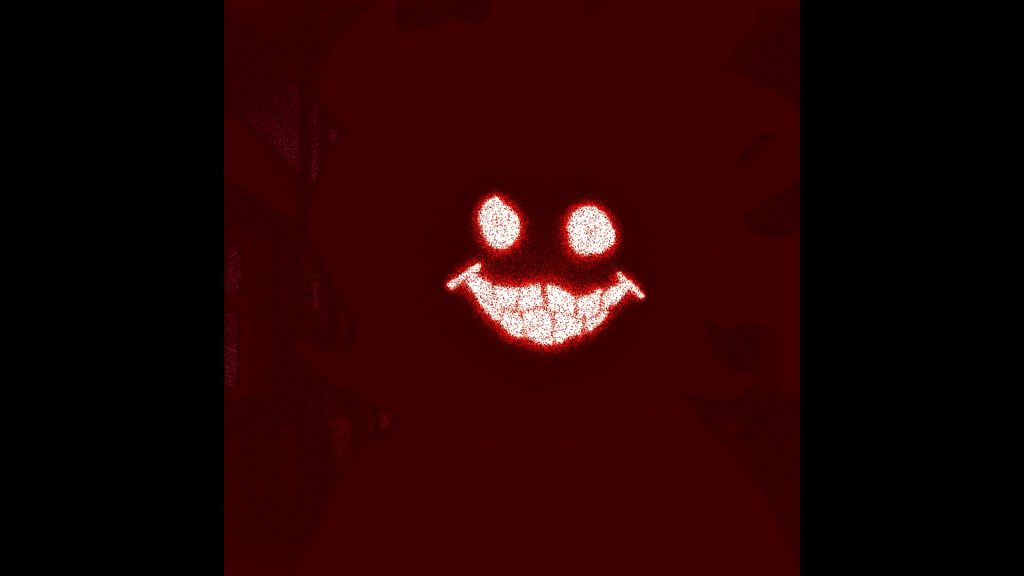 Subway Midnight follows the story of a particular train, players taking on the roles of some of its victims. Although not much is explained in-game at first, it eventually becomes clear that you are trapped on this godforsaken train surely destined for hell; to make matters worse, there are others like you who met their fate on this very train under eerily similar circumstances. As you flee from one car to the next, you’ll stumble upon the ghosts of children who look an awful lot like the kids featured in the missing children posters scattered around the train. Over the course of the game, you’ll soon realize you can free these children by helping them resolve some of their issues. With three different endings and tons of puzzles to maneuver through, these issues won’t be solved easily, but it’ll certainly be worth it to break free from this cursed train of existence.

If the aesthetics drew you in like a moth to a flame, you’re not alone — normally I don’t even attempt to play anything with a horror label (even if it’s considered spookycute), but Subway Midnight makes a fantastic first impression with its interesting visuals and atmospheric audio. The juxtaposition of the adorably drawn characters against the creepy train environments were quite unsettling, even if I wasn’t in immediate danger. As I progressed, I was entranced by the different art styles and visuals that were constantly being thrown in my face to the point where I was genuinely reminded of 2001: A Space Odyssey. If there’s one thing to take away from Subway Midnight, it’s that this developer is incredibly talented at making a vast array of novel-feeling environments. 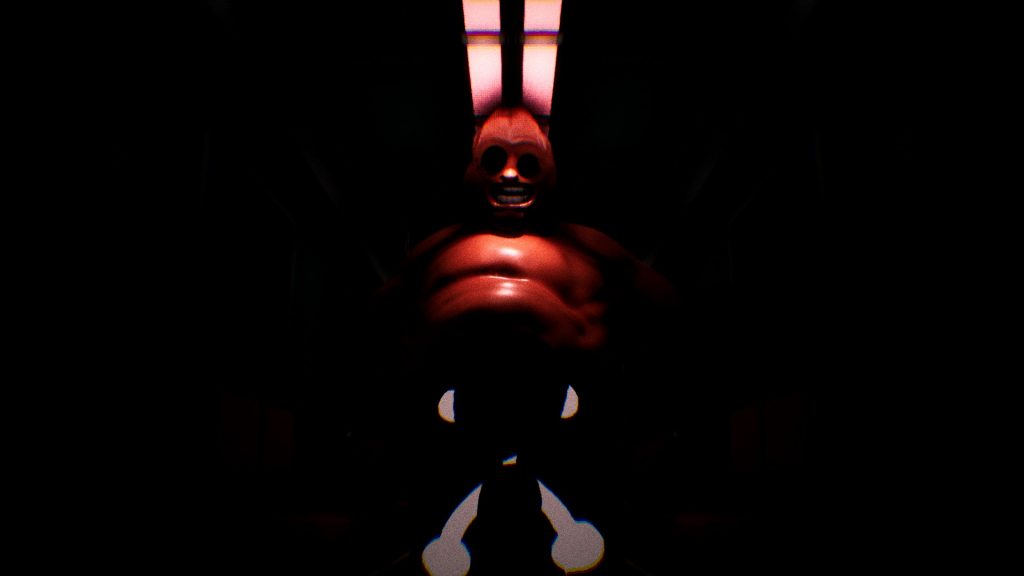 When it comes to level design, I sincerely, sincerely loved how many different environments and puzzles that were thrown my way. It’s odd — each car was incredibly distinct from the one that preceded it, yet it all oddly felt cohesive. There was only one constant in Subway Midnight — I would never be able to tell what was coming my way next.

Of course, there were a few downsides to this layout, but the biggest one is that seeing exactly what was next on screen was a constant battle. If this was a side-scroller, I doubt this would have been an issue, but keep in mind players need to get from one end of the car to the other, always walking in a third-person view. Such an angle is fine while walking through a normal train, but one kitted out with lasers that are hard to discern in terms of depth, pitfalls that are hiding behind tall eyeball-filled columns, and — at one point — noise so insanely filtered that enemies are damn near impossible to make out amongst the fuzz? Don’t get me wrong, I LOVED this design from the art perspective, but from the game side it was slightly lacking. 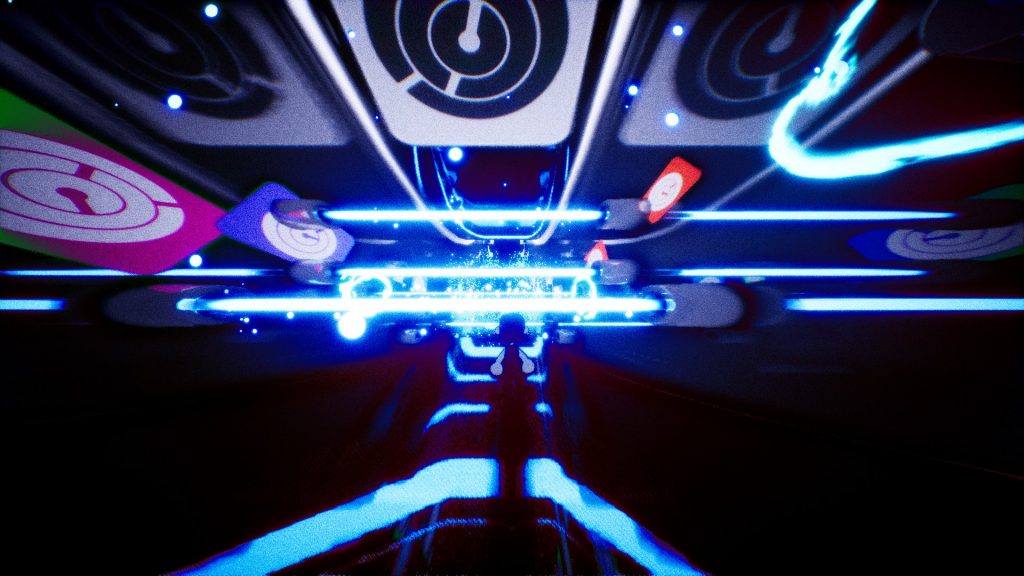 I think that kind of sums up my experience with Subway Midnight, if I’m being honest — everything I absolutely loved from the angle of art direction was weighed against everything dragging it down from the game design perspective. The storyline was subtle and nuanced, but as long as you listened to what your emotions and gut were telling you, it was understandable. Awesome! But the game-within-a-game (meta!) was something of a Slenderman clone (pick up 8 of X before Y gets ya!) — and unpausable at that. Frustrating. Every ghost had environments and puzzles that really dove deeply into their psyche. Incredible! But I can’t see what I’m supposed to be picking up/where I’m going far too often, and I’m unable to manually save. Hmm. As an art piece, I was constantly thrilled by what I was witnessing; as a game, I was annoyed by how often I lost patience with small issues with seemingly smaller solutions to fix them.

Despite any perceived issues, I’d heartily recommend Subway Midnight to those who prefer art and novelty over mechanics. I feel that spookycute games like this draw the former crowd over the latter, so it’s an absolutely easy sell. The characters have their own individual charm that make you feel sincere concern for them, there are spooky moments aplenty but few genuinely scary moments so it’s great for cowards (like me), and I think it’s an overall really unique experience. In the very least, I can promise that you’ll likely never get bored traipsing through the 100+ train cars.

If you were drawn to Subway Midnight’s art style and love novelty and/or spookycute games, you’re going to immediately love this one. Its unique, constantly-changing visual style is mind-bogglingly impressive, especially to those who can appreciate the sheer amount of work that went into it. If you’re looking for a spooky (but not scary) game to get completely sucked into, a ticket to ride on Subway Midnight only costs $9.99.

Editor’s note: This review is based on a retail copy of Subway Midnight provided by the publisher.