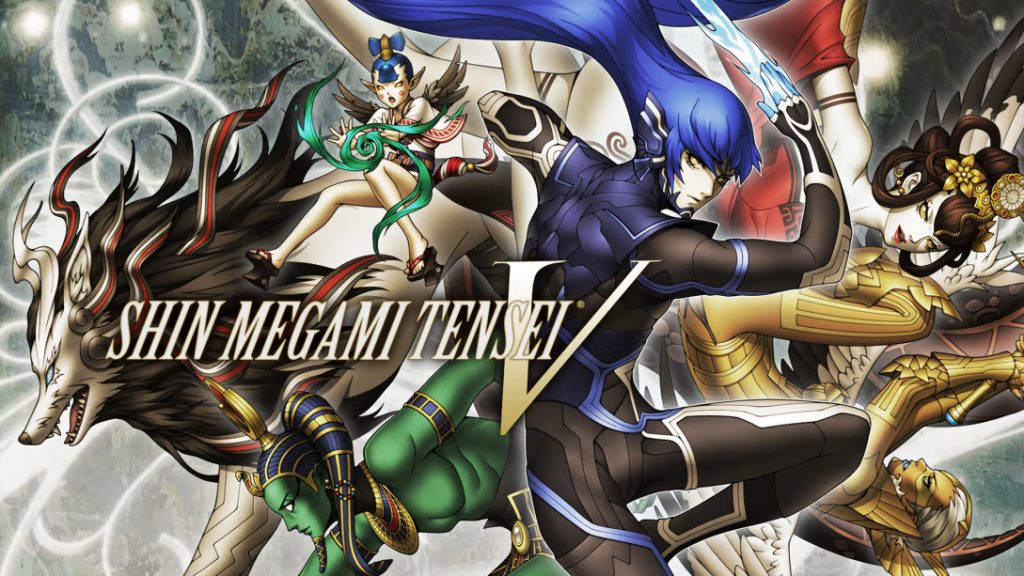 It has been the better half of a decade since the last officially numbered installment of the Shin Megami Tensei franchise—or roughly five years if you count the Shin Megami Tensei IV sequel, Shin Megami Tensei IV: Apocalypse. That doesn’t mean that ATLUS hasn’t been doing anything throughout that entire time, though. On the contrary, the past handful of years have given us several remakes, not to mention the arrival of an extremely niche game called Persona 5 (it’s super-meta, so you probably haven’t heard of it). And, thanks to that steady drip-feed of SMT-franchise content, I feel it’s safe to say that most of us have been fairly content. But we’d all be lying to ourselves if we said that we weren’t hungrily awaiting the release of the next numbered SMT game. And that hunger has only been steadily building. Fortunately, as it just so happens, the wait is finally over—Shin Megami Tensei V is officially here (well, almost)—and I can confidently say that it’s unlike anything that the series has given us so far.

It’s not a stretch to say that Shin Megami Tensei V reaches brand-new heights for the series both literally and metaphorically, and the hard work that ATLUS has been pouring into this game absolutely shines through. Whether you’re looking at story, exploration, or combat, there’s something new, fun, and exciting in store for the player. That’s probably enough of an introduction, though—let’s crack open this Shin Megami Tensei review and see what the game’s got cookin’. 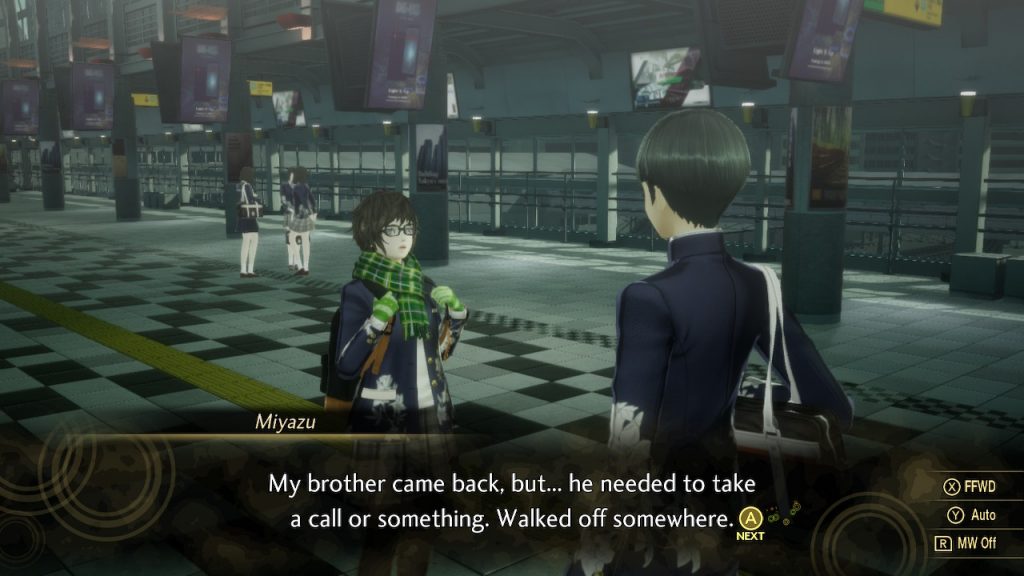 Let me guess… You want me to go look for him?

Before I begin this section, I’d like to make it clear that I’m trying to be extra-careful about not revealing anything even remotely spoiler-y that hasn’t already been officially announced—so please pardon any and all vagueness. Anyway, with that out of the way, Shin Megami Tensei V focuses on a young protagonist living in an increasingly dangerous modern-day Tokyo who one day finds himself whisked away to another world—a world that looks a lot like his own, except for the fact that it’s been entirely decimated. Before too long, the protagonist finds himself attacked by demonic creatures, and, just as he’s about to find himself on the wrong end of a spear, is subsequently saved by a mysterious, robot-like man. Introducing himself as Aogami, this man literally joins forces with the protagonist by fusing with him, resulting in the creation of a Nahobino—a being that is neither man nor demon, yet both at the same time. Thus, with the power to protect himself, the newly fused Nahobino begins his journey across the hellscape known simply as “Da’at.”

There’s a lot that I want to say about Shin Megami Tensei V‘s story—but, sadly, I cannot. Instead, I’d like to compliment ATLUS’ overall approach to storycrafting within this game. Considering how impressive SMTIV‘s twists and turns were, SMTV had a fairly large narrative obstacle to surmount—which they, quite fortunately, did. While it still carries within itself the ever-iconic theme of “Law vs. Chaos,” it does so in a way which, despite how certain things might seem, is surprisingly subversive. It pretends to hit you over the head with obvious tropes, just to sneakily flip the script when you’re not expecting it—and I love the game all the more for doing so. 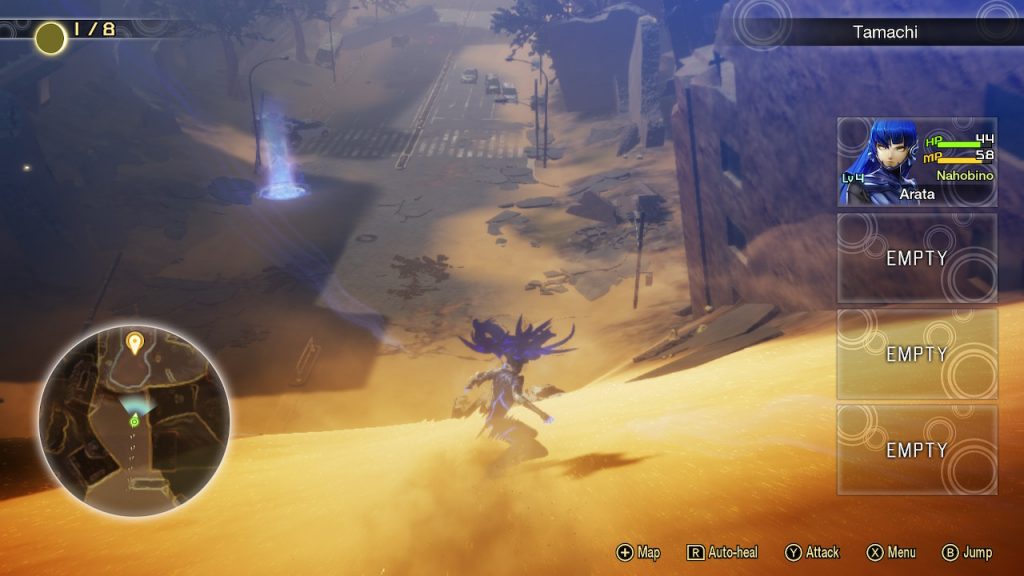 The ability to sand-surf in SMTV canonically makes the Nahobino the most bodacious SMT protagonist to exist.

Some parts of Shin Megami Tensei V play very similarly to previous installments—almost none of those things are related to exploration mechanics. While SMTV isn’t the first mainline game to feature third-person exploration in a 3D world, its approach is radically different from those of its predecessors. In fact, when it comes to exploration, SMTV almost feels like a different game. Gone are the days of going from dungeon to dungeon via an overworld map—instead, the overworld map is the dungeon. While the game is still linear in a technical sense, SMTV, rather than dividing areas up into different dungeons as it’s always done, presents the players with massive chunks of land through which to progress.

I have very few complaints about Shin Megami Tensei V—but the few that I do have, have to do with how it so radically altered exploration. Namely the fact that, while the first area is really cool, it gets a little convoluted after that. Have you ever wished that Shin Megami Tensi had, say, platforming mechanics? Well, you’re in luck, because this game does! …Sort of, anyway. SMTV, for whatever, focuses a lot on vertical exploration. The areas you visit will have you going up hills, down valleys, navigating twists and turns, and, yes, even utilizing a bit of third-person platforming! Now, I don’t mind that the game did this. They honestly did a really good job with it. I just wish that there wasn’t so much of it. Getting lost isn’t exactly a new thing in this series, but the fact that you now have to navigate three-dimensional spaces can make getting turned around a little more frustrating than normal. But, hey, at least there are items and collectibles hidden away in just about every corner! 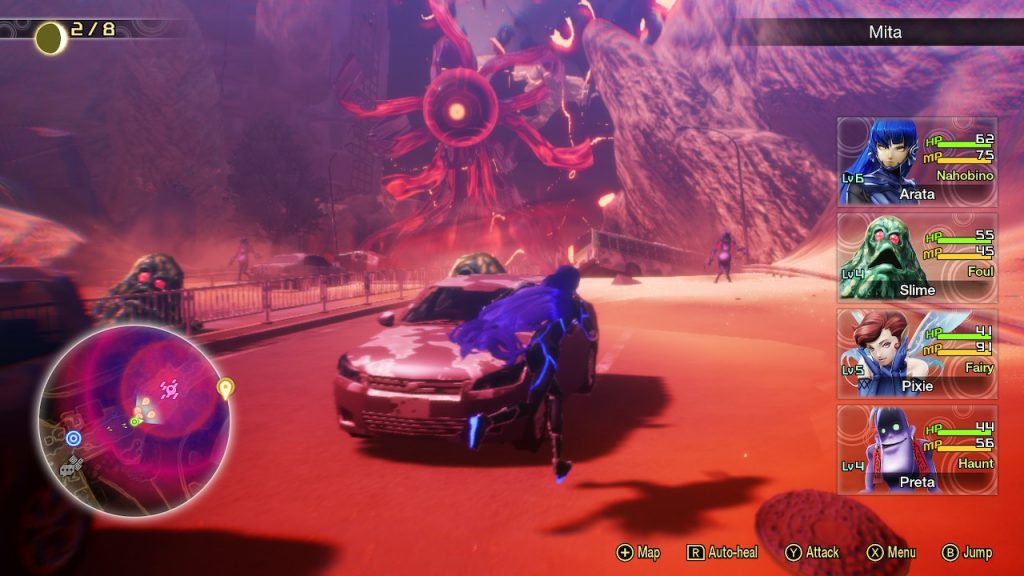 Woah, that is one nasty-looking… whatever it is.

Based on the above explanation, it probably won’t come as a surprise that this game isn’t nearly dungeon-focused as its predecessors. But that doesn’t mean that there aren’t any at all! While most of the game does take place out in the open, Shin Megami V still takes the time to present players with a dungeon here and there—and, in all honesty, they were some of my favorite parts. While running free can be fun, fighting my way through each carefully crafted dungeon really helped to make things feel that much more Shin Megami Tensei-y. I do wish that they had decided to focus on this aspect of the game a little more, but what we do have in the game is still pretty impressive. 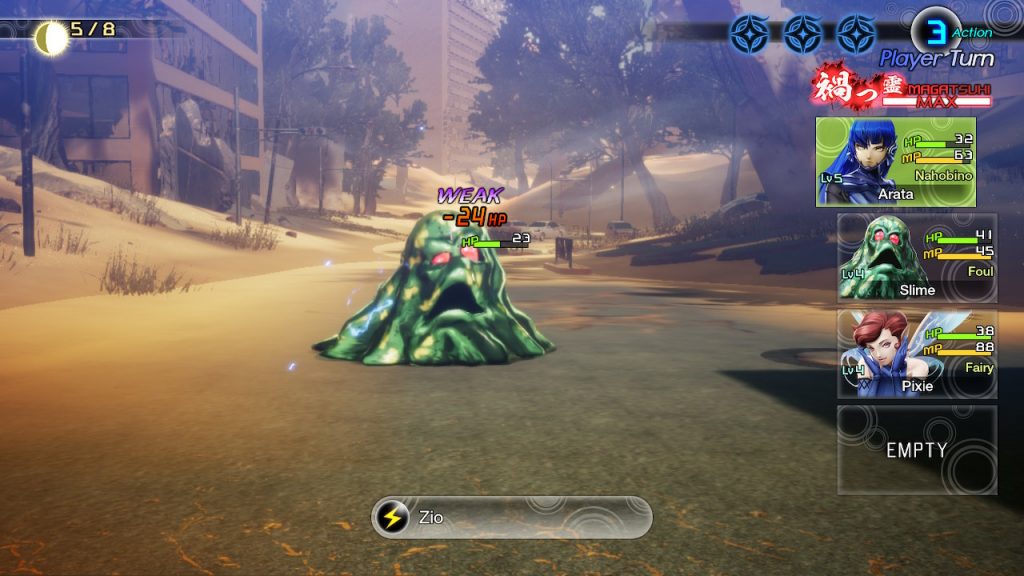 Hit ’em where it hurts!

Completely contrasting Shin Megami Tensei V‘s approach to exploration is its approach to combat. When it comes to duking out with the demons of Da’at, fighting should feel relatively familiar to those with previous SMT experience—with things like the Press-Turn Icon system, recruiting, and fusing, essentially remaining entirely unchanged. There is one major difference, however. Remember how SMTIV had Smirking? Well, that’s out—and in its place is Magatsuhi. Acting as a sort of “Special Attack Bar,” the Magatsuhi gauge will slowly fill up as you fight and, once all the way full, will allow you to perform a special Magatsuhi skill. Each race has its own Magatsuhi skill, with their effects ranging greatly—from healing, to dealing damage, to buffing party members—which adds a fun, new layer to battles. But, just like games rated “E” by the ESRB (this game isn’t one of them, by the way), Magatsuhi is for everyone—enemies included. Because of this, an encounter can go from easy-breezy to extremely threatening very quickly—and this is especially true on hard mode. I don’t think that I’d have it any other way, though. After all, is it really a Shin Megami Tensei game if you aren’t always scared for your life?

Though not nearly as outstanding as the addition of Magatsuhi, SMTV boasts a handful of other changes as well. Equipment has been entirely removed from the game (which I’m honestly fine with), and has, instead, been replaced with an enhanced SMT: Strange Journey‘s essence system—which not only allows demons to inherit skills but also allows the Nahobino to inherit both skills and elemental strengths and weaknesses! I know that the removal of equipment might be a bummer to some of you out there, but, between essences and the stats you get from leveling up, it really isn’t a problem. 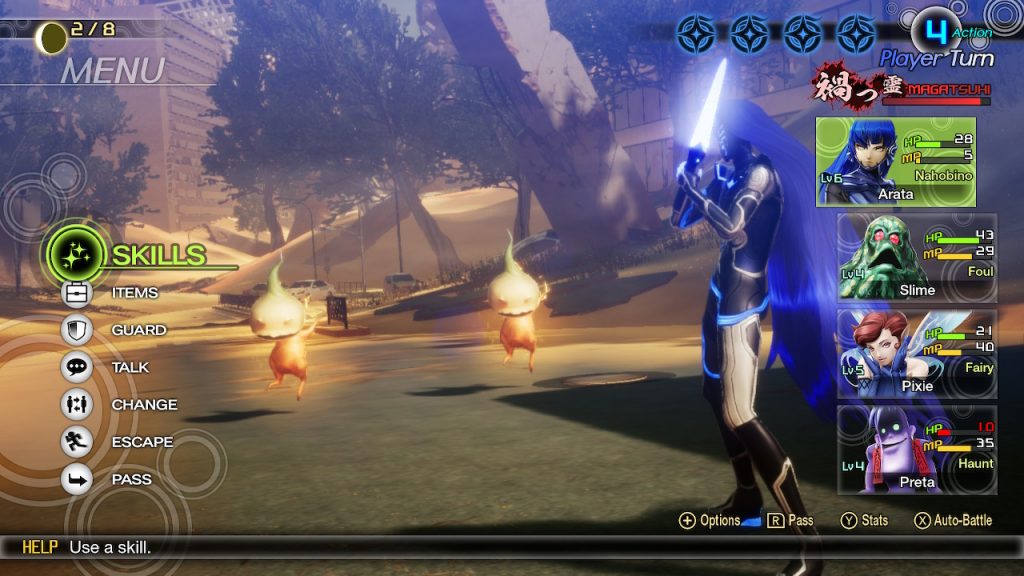 A glowing enemy is a dangerous enemy!

SMTV also has an excellent, and very enjoyable approach when it comes to demons and skills. The affinity system from SMTIV: Apocalypse is back, meaning that demons (and the Nahobino) can do better or worse with certain elements—except for Gun, because Gun does not exist in this game for whatever reason. Plenty of demons also come with their own, unique skills, making keeping certain demons around much more enticing. Plus, the game even hands out enough demon-exclusive level-up items to allow players to keep their favorite demons with them for as long as they’d like without worrying about pesky things like level gaps (they can’t level up higher than the MC, so don’t worry)! And, while not exclusively related to combat, SMTIV‘s app system is back as well—rebranded as “Miracles” this time around—which allows players to use a special type of currency called “Glory” to learn powerful and extremely helpful passives.