If you’re as big a fan of first-person dungeon crawlers as I am, you’ve likely played a game or two from Experience before. The amazing Demon Gaze, of course, comes to mind, as does Stranger of Sword City and Ray Gigant. That being said, just how captivating can you make the same genre again and again? After playing Undernauts: Labyrinth of Yomi, it turns out that old dogs can indeed learn new tricks, and make a familiar genre feel fresh and exciting.

Gather Your Undernauts to Escape Yomi 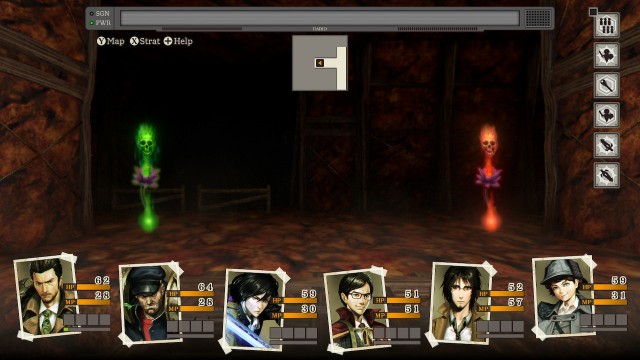 Undernauts takes place in Tokyo during the 1970s. Inexplicably, a strange labyrinth, called Yomi, has appeared in Tokyo, filled with terrifying monsters – and tantalizing treasure. So humans, being what they are, throw caution and basic safety measures to the wind and do everything they can to exploit the resources of Yomi. This means hiring people who aren’t really qualified to go dungeon-diving to do the dirty work. Since corporate greed knows no bounds, it’s inevitable that disaster should eventually befall those who dredge the depths of the dungeon – the undernauts.

Enter your team of intrepid undernauts, employed by the rather shady Cassandra Company. During one of your expeditions, something goes terribly wrong, trapping your team (and your supervisors) inside Yomi. With food stores that will run out well before help can rescue you, you must set out to find an alternate exit – before the horrifying denizens of Yomi devour you. As seems to happen frequently with this genre, there’s not a ton of storytelling going on. What I can say is that there is a decent amount of narrative, and what is there is definitely intriguing and interesting enough to keep you wanting to know more.

Dungeon Crawling at Its Finest 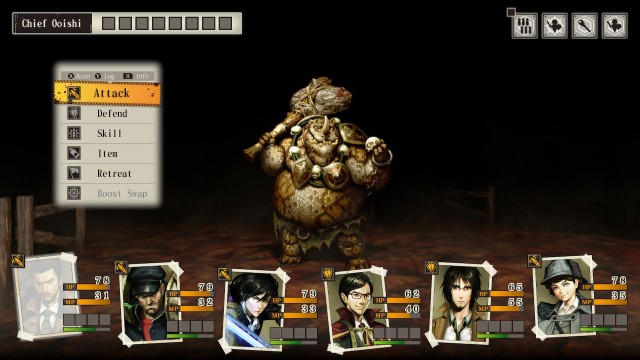 Being a dungeon RPG, Undernauts is heavy on the gameplay aspects. You’ll start off by forming your team, and you’re given a really awesome array of character portraits to choose from, many of them cameos from previous Experience titles. After selecting the character portrait (which is accompanied by a name and a small character bio, which I found to be a nice touch), you’ll choose a class. There’s a nice range to choose from – you’ve got your standard offensive types, defensive types, ranged attackers, healers, and magic users. You can create quite a few team members, but you’ll only be able to head out into the dungeon to explore and fight with six at a time. You’ll divide them up into what is essentially the front row and back row. Front row users should be physically offensive and/or defensive types, while your magic users, healers, and ranged attackers should be sheltered in the back row.

Once you’ve created your team of undernauts (and remember, if you end up not liking it, you can change it at any time by returning to base camp), you’ll set off to start looking for a way to escape the deadly dungeon. In the beginning, you’ll do a lot, and I mean a lot, of backtracking. The difficulty curve is steepest during the first few hours of the game, and the grind can be a little offputting for some. Personally, I live for the grind, so I absolutely loved it. Thankfully, you can return to base camp at any time to heal completely. The only time you’ll have to pay for healing services is if a member of your team is completely knocked out. 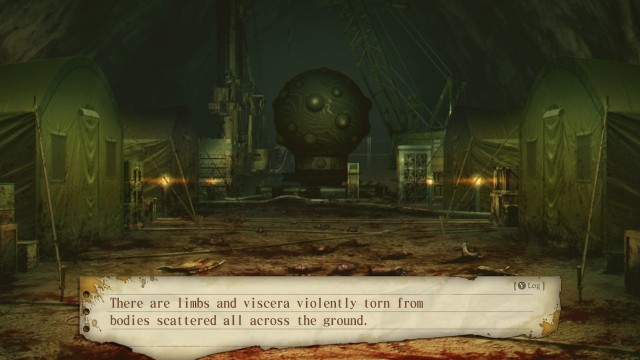 As previously mentioned, exploration is done in first-person, and you’ll move a square at a time, filling out the map as you go. Random enemy encounters do happen, though they seem to be fairly infrequent. More often, you’ll likely find enemies on map, so you can initiate combat or avoid them at your discretion. I definitely advise against avoiding too many battles – leveling up your characters is a fairly slow process, and you’ll only be given a single stat point to increase parameters like strength, agility, intelligence, etc. per level. As difficult as early exploration may be, once you’ve gained a few levels and have managed to scavenge some decent equipment, it will quickly become the most enjoyable part of the game. You’ll come across puzzles that require you to thoroughly check every nook and cranny to solve. You’ll also steadily gain access to more items known as “Yomi Flowers” that allow you to alter the dungeon. In certain spots, certain Yomi Flowers can be used to create doorways, unlock existing doors, build ladders, and more. It’s a really neat mechanic that encourages you to explore every corner of every floor.

Combat in Undernauts is a fairly straightforward affair. You’ll basically take turns attacking the enemy, and they’ll of course attack you. You’ll need to keep an eye on the type of enemy you are going up against. For example, enemies that are Undead resist damage from normal weapons, but take increased damage from weapons that are rated high against them. Your characters will have access to skills that are initially unique to their own class, but you can eventually have them branch out and promote to a new job that is either laser-focused on that class specialty, or a job that incorporates elements of another class. It allows for a lot of customization and tailoring to your particular play style. 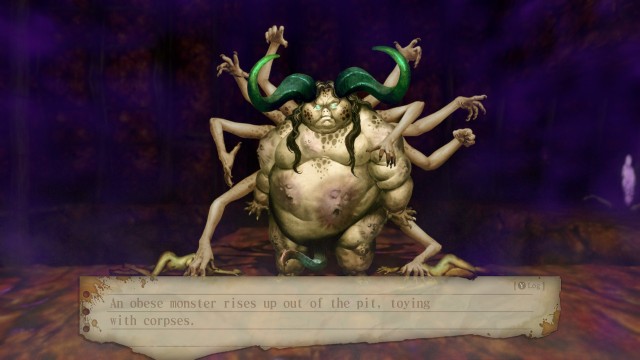 Undernauts’ style is decidedly creepy, and it’s perfect for the Halloween season. The individual floors of the dungeon aren’t the prettiest you’ll ever see, but they’re perfectly fine the way they are. The different floors have their own unique feel to them, and the atmosphere in them is frequently unsettling. Character portraits and monster design is where the game definitely shines. The enemies are often grotesque and/or disturbing in all the best ways. Some of them were downright revolting (again, in the best of ways). My favorites, though, were the “Sinners,” which were basically the bosses of each area/floor. My only real complaint about the game’s style overall is that the music is mostly meh. The battle theme is weirdly catchy and oddly jazzy, but it gets pretty repetitive, and there’s just no memorable soundtrack aside from that.

A Perfect Dungeon Crawler for Halloween

There’s just not a lot to criticize about Undernauts. Experience has taken their standard formula and improved upon it once again. Exploration is engaging and addicting, there’s tons of customization options for your team, challenging quests and enemies, and a flair for the creepy and disturbing. If you need a solid dungeon RPG, look no further.