So You Invited Me Here Just to Show Me the Door 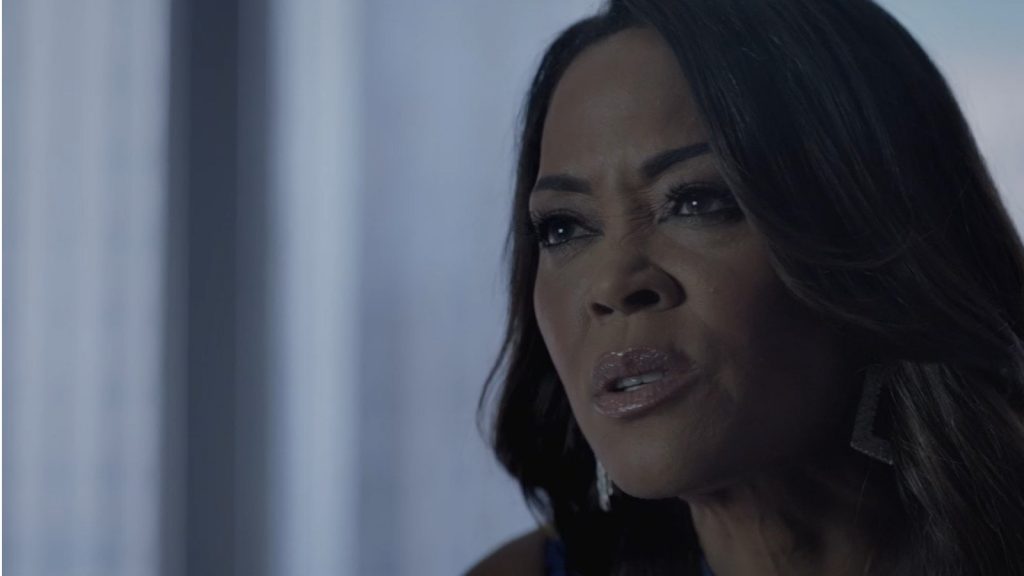 I’ll be really honest. When I saw the title for this Batwoman Season 3 episode was Freeze, I got excited. Cause there’s only one villain that could be referring to, the nefarious Mr. Freeze. And while his tech was certainly present in the episode as a tank of compressed liquid nitrogen, the pacing and wholly lackluster villain kept it from living up to my expectations. Which isn’t to say Freeze was a total bummer. It does feature a few shining points, including meeting Ryan’s brother and watching Batwing save the day more than once. I just couldn’t shake the feeling last week’s episode was better, and that this one was way too slow paced for its own good. And no, that’s not a Mr. Freeze pun, it’s just the cold hard truth.

The episode begins when the douchiest guy you can imagine misses his bus. The last person to get onto the bus is a young boy who found a tank of liquid nitrogen. Not knowing what he’s holding, he starts showing it to his sister when it goes off, freezing the entire bus. Which the asshole that missed the bus absolutely loves. Too bad he wasn’t the villain, because I would have loved rooting against him. It was also frustrating that we never hear whether those on the bus survived their freezing incident or not.

That Would Be My Brother 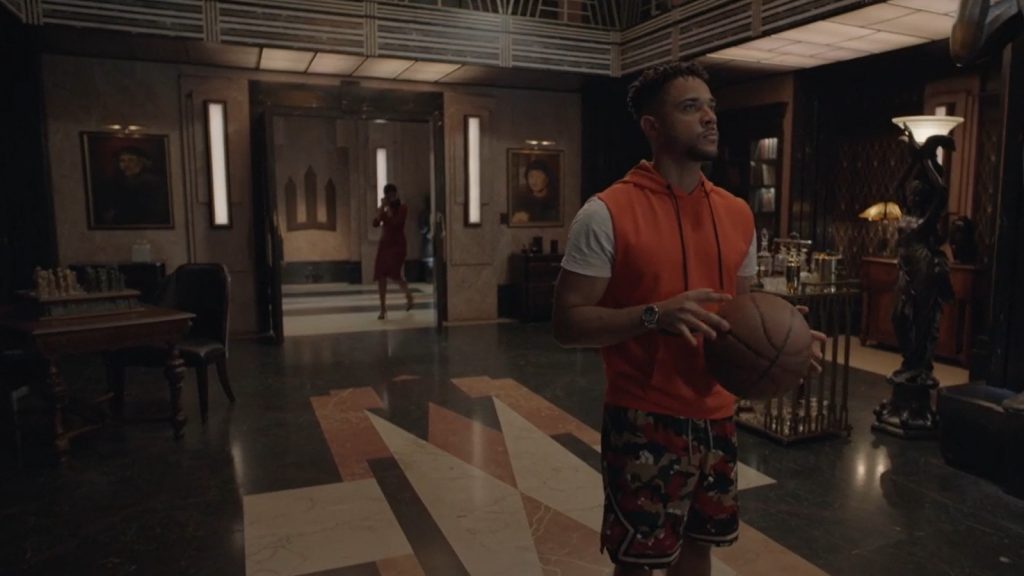 After watching Ryan bravely reveal her identity to Mama Jet last week, you might have been hoping for them to connect more. Well, Jada has no interest in being a mother, at least to Ryan. She compliments her work ethic before telling poor Ryan she wants nothing at all to do with her. When Ryan starts questioning her past actions, Jada threatens to go after Wayne Enterprises. Things get pretty heated before Jada’s son, Marquis Jet, unexpectedly shows up. And he manages to help keep a messy episode from being a total waste. Not only does he discover Ryan’s identity without her telling him, but he wants to team up with her. He’ll join Wayne so that both of them can prove Jada wrong about them.

When Batwoman saunters into GCPD to take the Freeze cannister from evidence (not entirely sure why she didn’t just have Montoya grab it for her officially), things go wrong. Someone got to it first, and removed it from the premises. That person is named Dee Smithy, and she’s actually the sister of Nora Fries. AKA the deceased Mr. Freeze’s wife. Apparently, she thawed a few years back, and was brought back to society. Once she did, she got a vaccine for the disease that afflicts her, an imaginary one called MacGregor’s Syndrome. For whatever reason, it didn’t work, and Nora got a little deranged. After breaking out of Arkham, she disappeared. In reality, she moved in with her sister Dee, and then started rapidly aging. In the span of a few years, she went from appearing in her 30’s to her 80’s. Now someone else wants to use Freeze tech for an unspecified client. And so Nora and Dee get quickly kidnapped.

Show Me Or She Dies 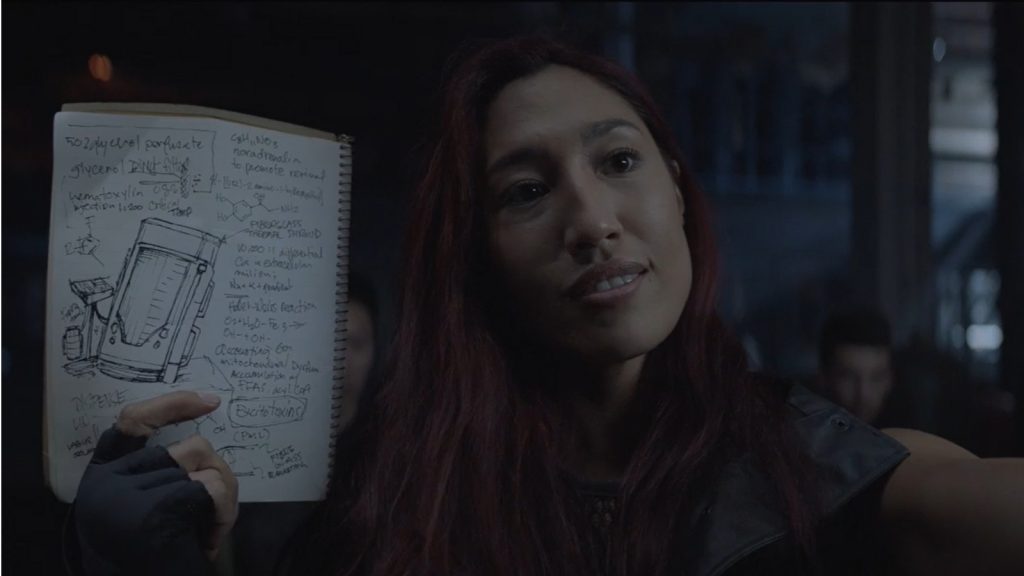 This brings us to part of what irked me about this Batwoman Season 3 episode. The villain not only never gets introduced, but she’s just a one dimensional character. She’s cruel and motivated, and that’s it. Though her fight scenes are fine, I didn’t really feel she brought enough gravitas to the episode. Maybe that will change, since she escapes at the very end. Which means they can do more with her later, hopefully. But for this week, I wasn’t happy with her performance. 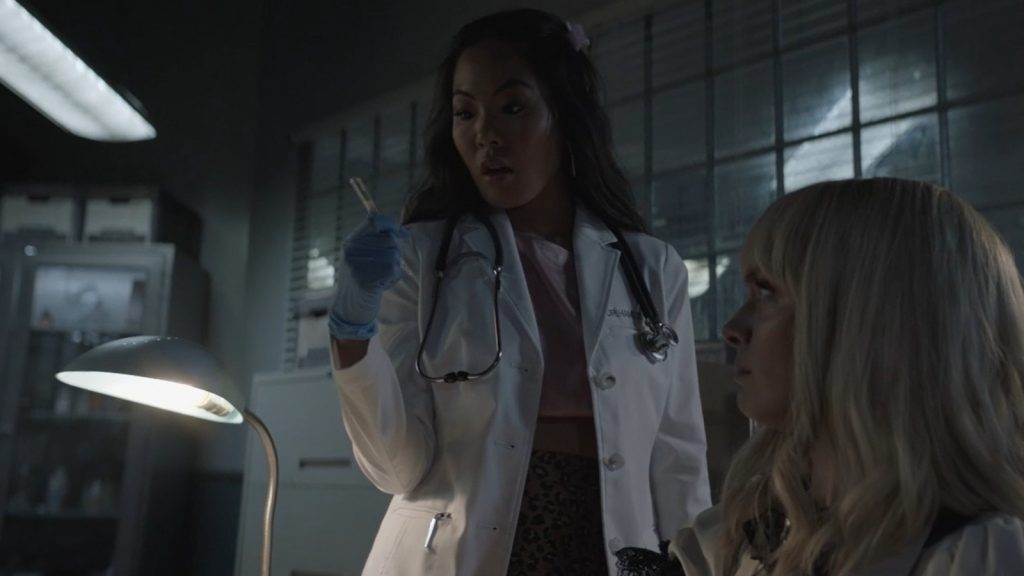 I also had mixed feelings about Alice this week. While the performance by Skarsten is fantastic and demented, like I’ve come to expect, it was also a smidge annoying. The whole episode, it seemed clear Alice was faking being sick, with dramatic coughs and everything. But then at the very end, it appeared like perhaps something else is happening with her nanobots. Regardless, she was a drama queen in this Batwoman Season 3 episode, and did her best to snoop and destroy Mary’s self confidence. Which, in turn, leads to the possibility of Luke and Mary hooking up sinking farther and farther away.

With that said, one couple that looks much more likely is Ryan and Sophie. Not only has Sophie become integral to the Bat team, but she essentially saves Ryan’s life this week. When Batwoman goes after the unnamed villain to save her hostages, she instead gets knocked out. When she awakens, she’s in a cryo chamber, and the power is being turned on. Unluckily for her, it’s not being done to extend her life like Nora, but instead to snuff it out. On the plus side, Sophie talks on coms to keep Ryan from falling into hypothermia and Luke manages to get her out in time. 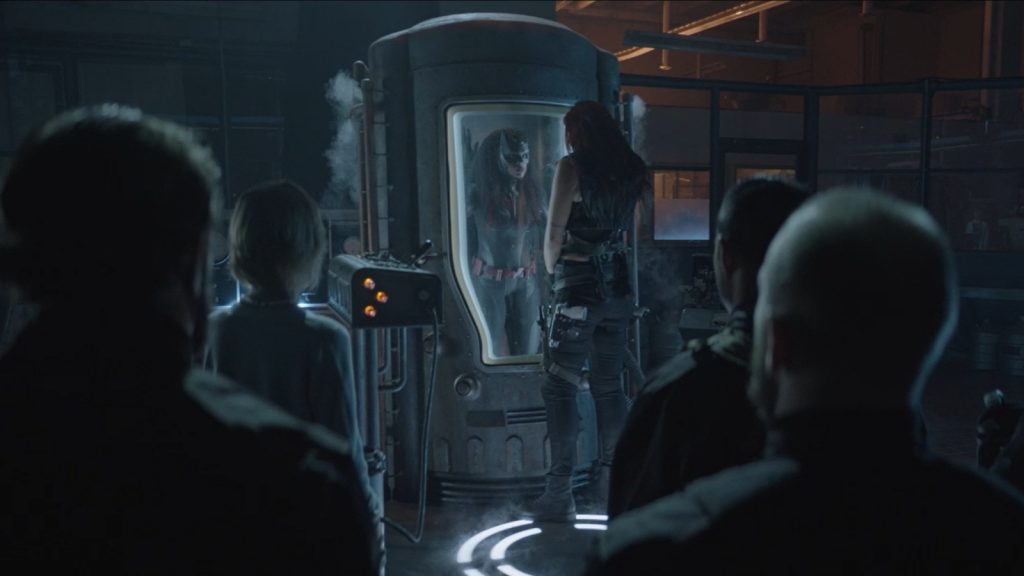 The big moment in the episode revolves around Ryan and Luke in the Batmobile chasing after the villain and Dee. The maniac hurls a bomb behind the car, which destroys a huge chunk of the bridge. Thankfully, Luke does some quick thinking, and flies up to use the cannister to make an impromptu ice bridge, which Batwoman gleefully races across. It’s really nice to see how well Ryan is embodying the role of Batwoman after all her fits and starts last season.

In the end, the villain escapes, the hostages are saved, and Mary does her doctor thing with Nora at the end. It’s sweet seeing how much Mary cares about others. Unfortunately, she doesn’t pay enough attention to her surroundings, and gets snatched from what I assume to be the missing Poison Ivy cutting. Which should make for an interesting episode next time. Not a bad Batwoman Season 3 episode, but also far from the best. Here’s hoping there’s plenty of improvement next week.

I’ve only got eyes for µ Having freshly wrapped up Persona 5 after investing over a hundred hours into the game last month, I’ve felt my love for the JRPG…