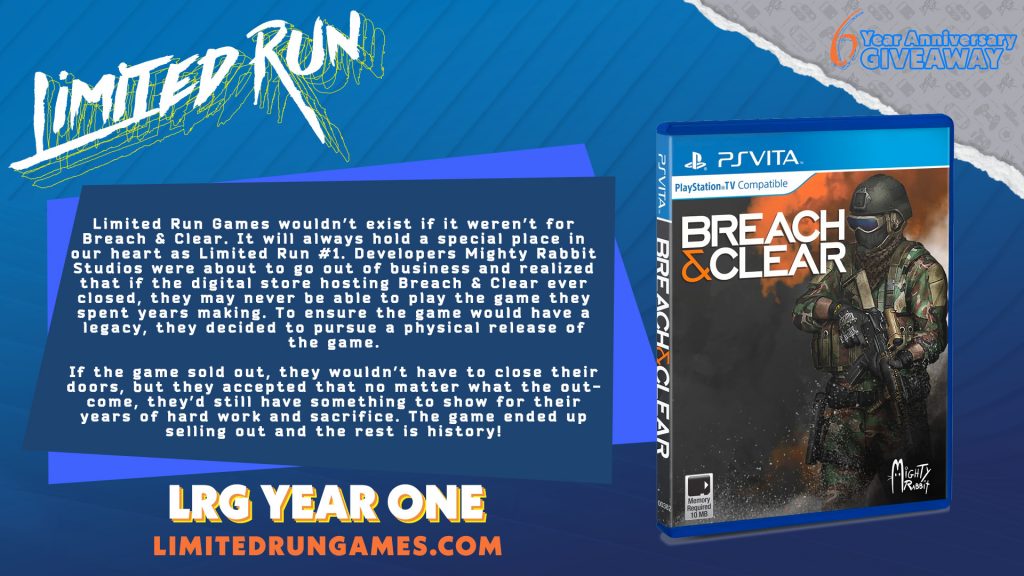 You should know by now that here at HPP, we like pretty physical editions. There’s just something very satisfying about being able to hold a game in your own two hands, instead of just owning it digitally. And one of the biggest names in recent years, if not the biggest, for distribution of amazing physical editions is Limited Run Games. 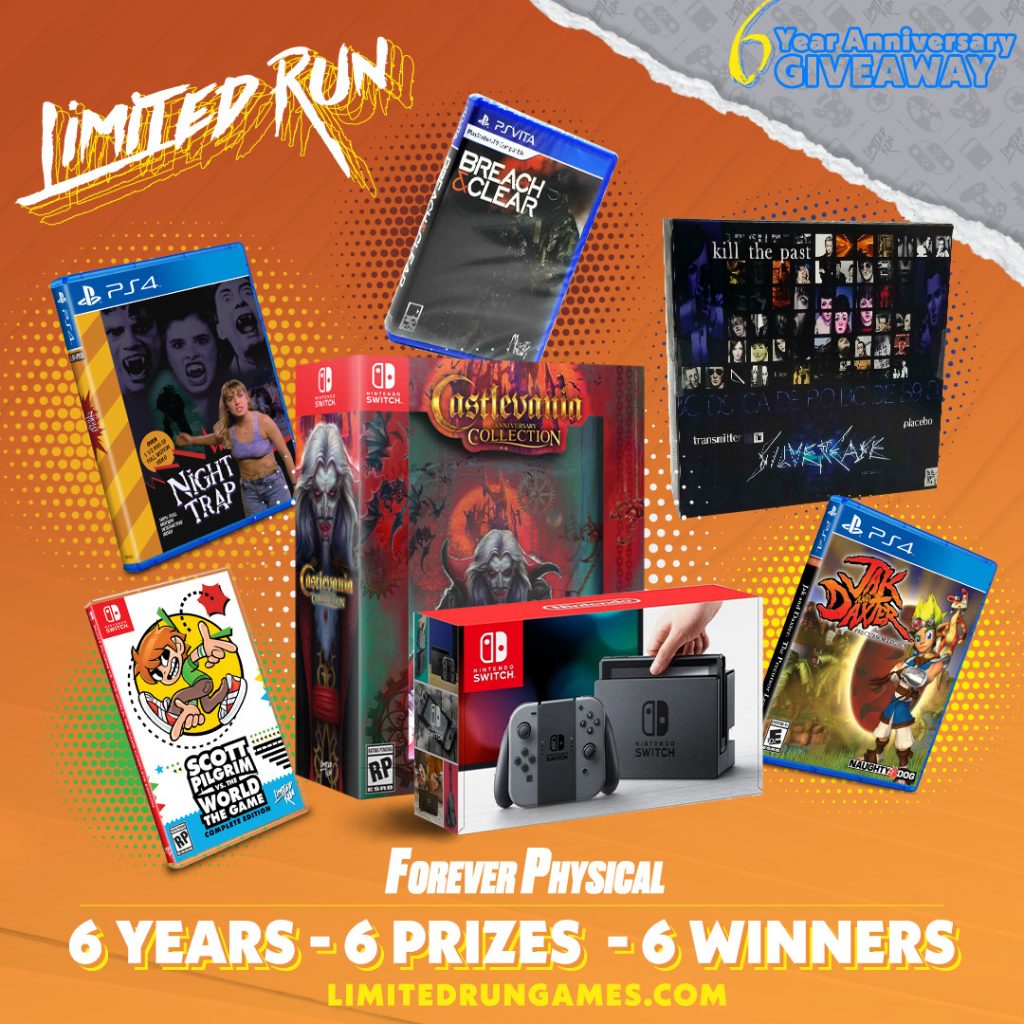 To celebrate this anniversary, starting today Limited Run Games is hosting a giveaway through gleam.io, with winners to be announced on Nov. 6 via Twitter. Each giveaway item to be awarded to lucky winners will include a game representative of the company’s growth and evolution. Participants will be able to see the story of Limited Run Games and experience some of its most iconic releases. 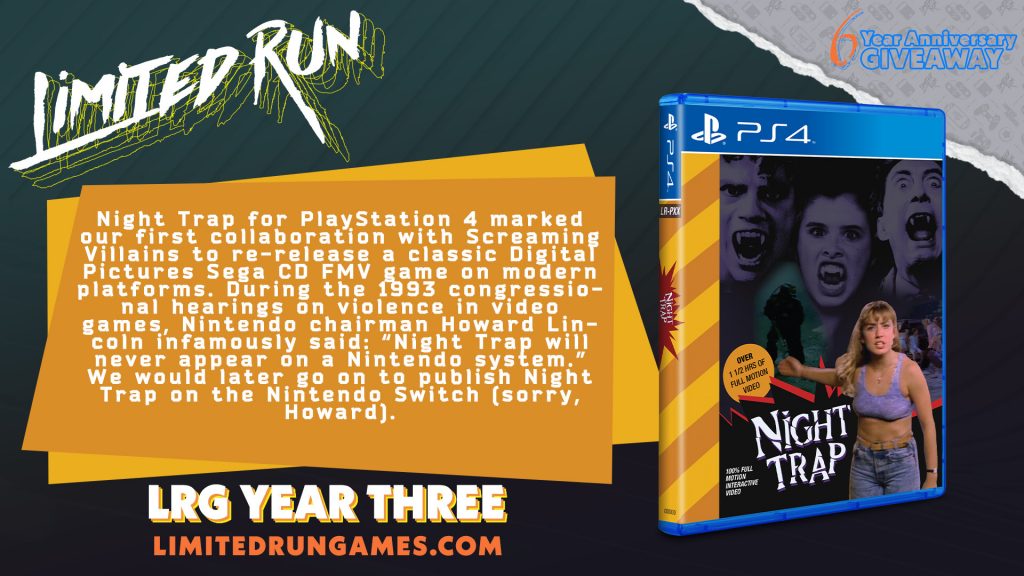 By now you’re probably curious about what games they’re giving away. The easy answer is, some well known ones. But here’s more specific details. For LRG Year 1, the game is Breach & Clear for the Vita (remember that system?). LRG Year 2 is The Silver Case for PC. LRG Year 3 is none other than iconic game Night Trap for PS4. LRG Year 4 is Jak & Daxter for PS4. While LRG Year 5 is the fantastic Scott Pilgrim vs. the World: The Game for Switch. But LRG Year 6 pulls out all the stops. It includes the Castlevania Anniversary Collection plus a brand spanking new Nintendo Switch console! 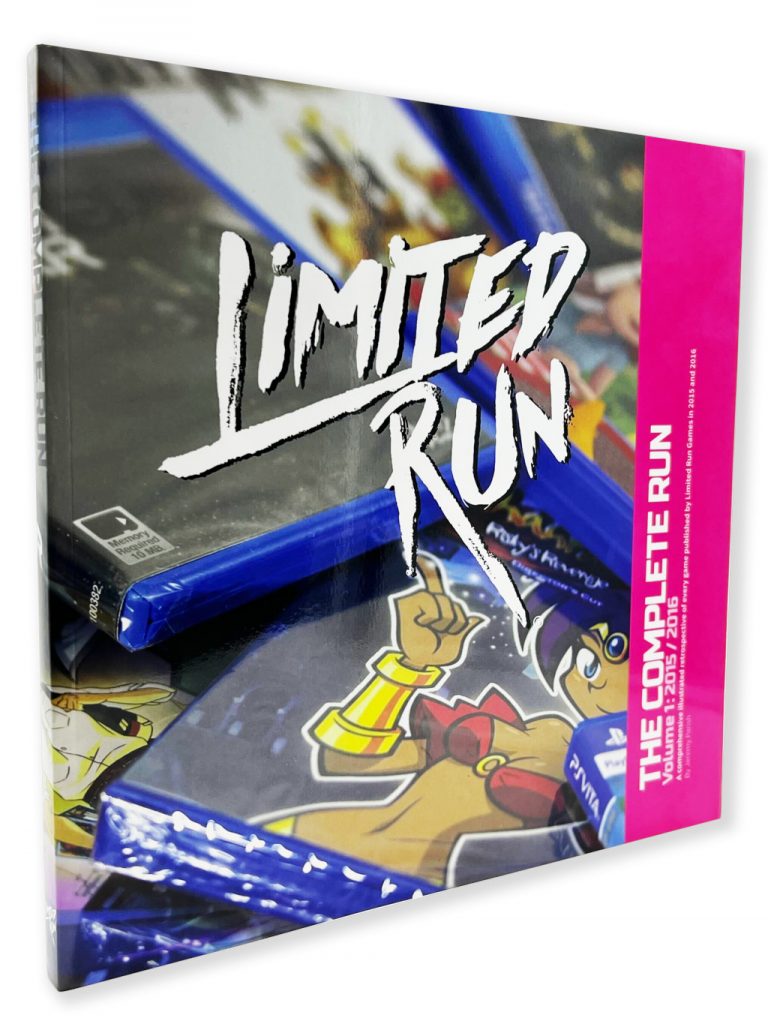 That’s a lot to get hyped for. But here’s one more tidbit. LRG is also releasing a fancy book called Limited Run: The Complete Run Vol 1 by Jeremy Parish. It’s the first in a series dedicated to highlighting the games LRG released in their inaugural years. Better yet, it will have a softcover and hardcover edition, with limited copies signed. 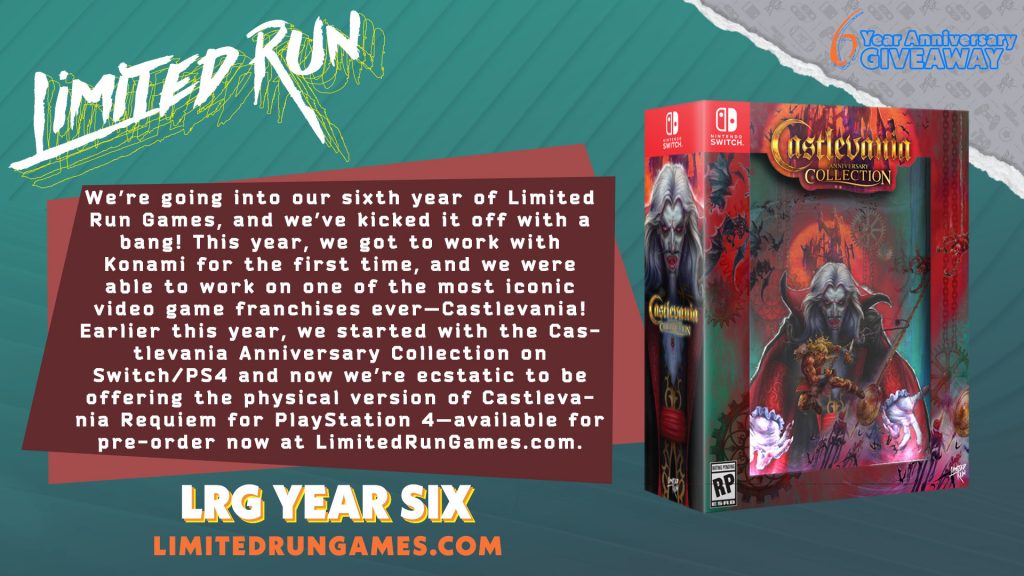 So what are you waiting for? Go check out the Forever Physical Giveaway. And stay tuned to HPP for more news from Limited Run Games. 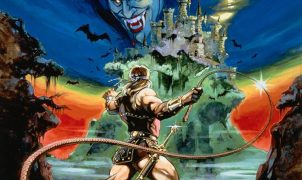