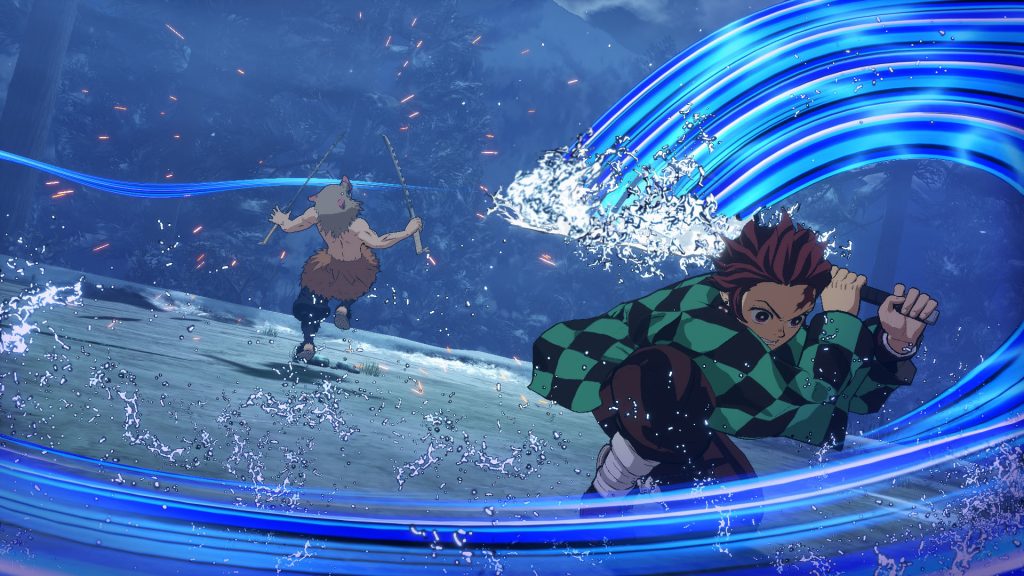 With CyberConnect2 already having considerable experience developing video game adaptations of popular anime, including Naruto, JoJo’s Bizarre Adventure, and Dragon Ball Z, it was perhaps inevitable that they would also be brought on board to handle the similarly combat-heavy universe of Demon Slayer. So with CyberConnect2 already having a pedigree in this space, let’s check out how they’ve faired with Demon Slayer – Kimetsu no Yaiba – The Hinokami Chronicles (which I’ll totally just be referring to as Demon Slayer for the remainder of this review!).

The Devil Is In The Detail 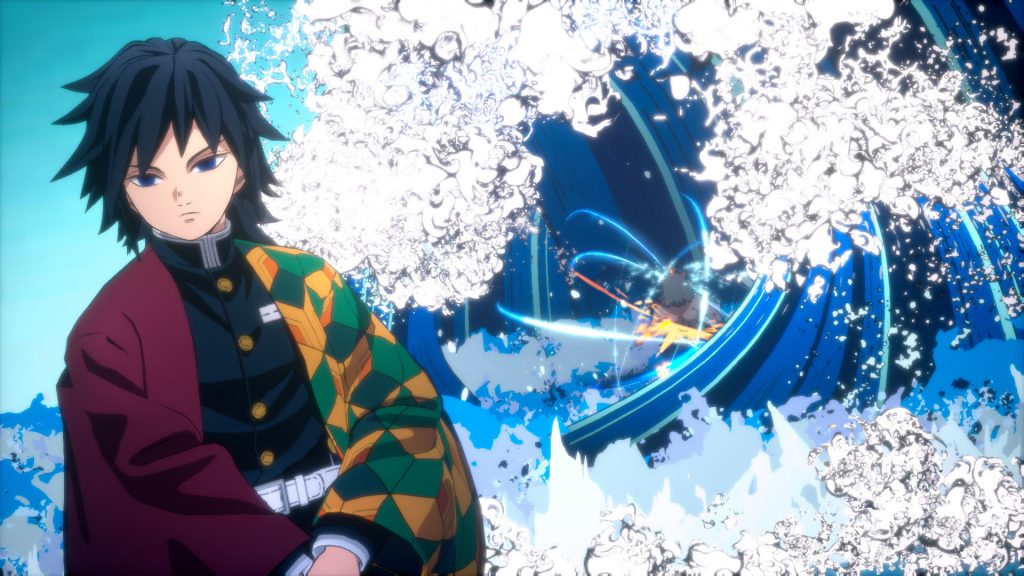 Unsurprisingly given their previous body of work, Demon Slayer takes the form of a fast-paced arena fighter, using its substantial story mode to cover the “Tanjiro Kamado, Unwavering Resolve” and “Mugen Train” story arcs, which fans of the anime will be familiar with. The narrative picks up with Tanjro Kamado, Demon Slayer’s main protagonist, returning home from work one day to find that his family has been slaughtered by a demon. Only his sister, Nezuko Kamado, survives the attack as a result of having been turned into a demon herself.

This sets Tanjiro on a path that will change his life dramatically, as he joins the band of hunters known as the Demon Corp, whose job it is to protect humanity from the demon threat and their appetite for human flesh; all whilst searching for the demon who turned his sister, in the hopes of being able to find a way to reverse her affliction.

I won’t delve much further into story details for a couple of reasons. Firstly, anyone who is coming to Demon Slayer, having already watched the anime, or read the manga, will already be very familiar with how Tanjiro’s story plays out, such is the faithfulness to the source material. Secondly, if you haven’t had the pleasure of watching the anime, this video game adaptation of Demon Slayer is a pretty great jumping-on point for the franchise.

You’ll recreate famous fight scenes from the show, and also encounter the majority, if not all, of the major plot beats, either through beautifully rendered in-game cutscenes or via the acquisition of optional memory fragments which replay famous moments from the show’s 26 episodes and subsequent movie. Whilst fans of the anime are always going to get more out of Demon Slayer due to their attachment to the characters and source material, total franchise newbies can absolutely expect a complete experience. CyberConnect2’s work in bringing this narrative over to a video game format is, in fact so stellar, that you could honestly just play Demon Slayer and still be as ready for the incoming second season of the anime as someone who has watched the first season. 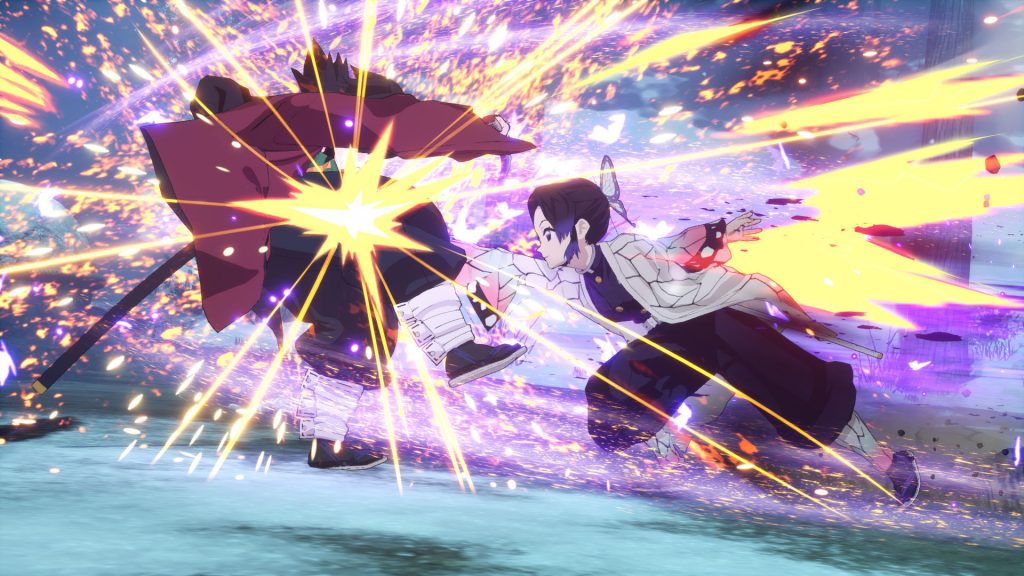 As mentioned above, you’ll experience the narrative whilst playing through Demon Slayer’s substantial story mode. I’m a sucker for single-player content in my fighting games these days, given my reactions and time to dedicate to learning a game’s combat have both diminished greatly over time, leaving me wanting greatly when playing online. Thankfully, Demon Slayer’s story mode is a substantial effort and worth the price of admission alone.

Split across eight chapters, Demon Slayer’s campaign plays out via a mixture of light exploration and arena combat. I’ll touch on the combat first, as this is where the title’s greatest strengths lie. Demon Slayer manages to almost perfectly straddle the line between accessibility and depth. You could say that this is a must, when you are creating an experience that has to not only appeal to the broader audience of the source material but also do so whilst providing enough depth that fighting game fans don’t feel alienated.

Admittedly, it does all feel a tad too simplistic at first. Your first few fights will be spent learning to alternate between light attack combos, and heavy special attacks, mapped to square and triangle respectively, on PlayStation at least. Soon though, you will also be brought up to speed on how to dodge and parry, whilst also getting taught how alternate your attacks by tilting the left analog stick whilst carrying out a light attack or a special.

Just as you’re comfortable with the basics, Demon Slayer throws its boost gauge system at you. This will be familiar to fighting game fans, as it effectively acts as a meter you fill that allows you to extend combos and pull off ultimate moves that do devastating damage, especially when chained to the end of a standard combo.

It also wouldn’t be Demon Slayer if you didn’t fight with an ally at your side from time to time. As well as the 1v1 battles, after reaching a certain point, you will also come across 2v2 encounters. 2v2 battles were by far my favorite way to play. Not only do they allow you to switch between two different characters in a single fight, but they also provide you with invaluable assists by either bringing the second character in to help attack or by pulling you to safety should you find yourself on the receiving end of a lengthy combo. Thankfully, in the name of balance, you can’t just spam these assists, as they are dependent on an assist gauge having enough energy in place for you to pull off your required action.

Battles in the single-player story mode range from scraps against lowly unnamed demons, who don’t pose much threat, to hulking behemoth bosses that represent signature foes from the source material. The boss battles that usually appear at the end of a chapter are a huge highlight. Whereas with the lesser enemies, you can usually get away with spamming simple attacks, bosses demand that you understand the deeper mechanics of the combat system. You’ll be tasked with memorizing demanding attack patterns, all whilst needing the knowledge of how to parry, extend combos, and unleash your ultimates to maximize damage output.

Whilst early bosses can still be taken down with relative ease, as you make your way towards the climax of the narrative, be prepared for some truly spectacular challenges, as you have to contend with complex attack patterns and AOE attacks that at times take up the entire screen. 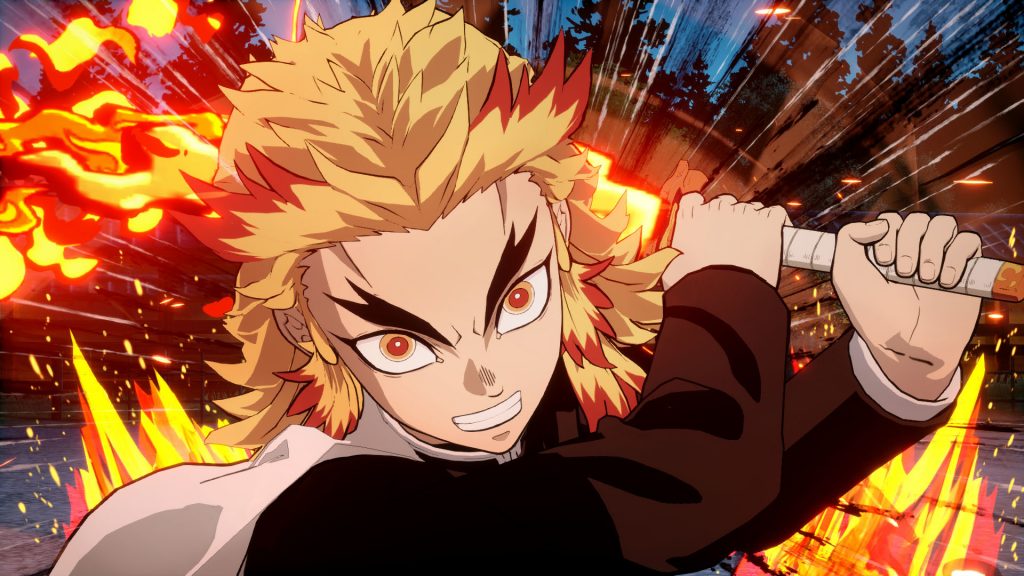 Demon Slayer’s combat is nothing short of excellent. It’s a good job that it’s so strong, as unfortunately, the other half of the story mode, which focuses on exploration, falls short.

In between combat encounters, players will find themselves exploring linear zones, as they make their way from one fight to the next. The majority of the time spent exploring these zones is usually just in aid of speaking to NPC’s, as they deliver little snippets of story that move the narrative along and propel you towards your next combat encounter

Unfortunately, these sections go on for far too long and are all too frequent. I get the need to include breaks in the combat to deliver narrative and change up the pace of the game, but Demon Slayer already has lengthy cutscenes that do a far better job of conveying the narrative than these empty, lifeless hubs do. In terms of side activities, there are collectibles along the way, such as currency dotted around the maps, which can be used to purchase rewards from the in-game store, such as additional art for your online profile card, or extra costumes. The occasional mini-game and light puzzles also attempt to break these sections up, but they do little to distract from how mundane these portions of the story mode are. 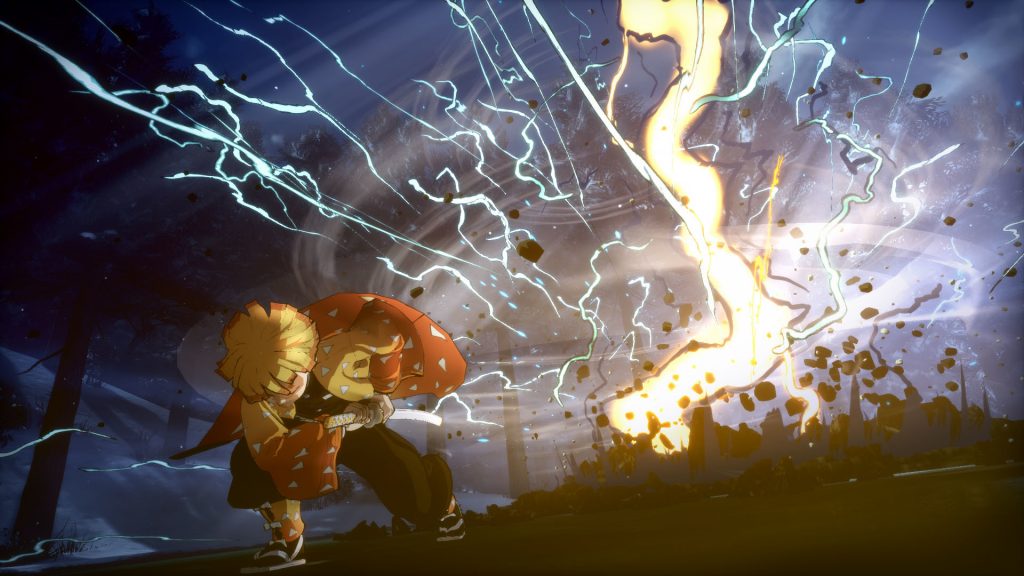 Outside of the story mode, there is the usual mix of offline and online versus modes. I know many fighting game fans like to jump straight into online play; however, I’d strongly advise against doing so here, as the majority of the roster is locked behind certain campaign milestones. You will want access to the entire cast as well, as the numerous characters, despite all using identical control schemes, have all got wonderfully varied attacks and ultimates.

Beyond completing the campaign, Demon Slayer’s longevity will undoubtedly come from its online mode. Ranked and Custom games are available at launch, catering to both casual and hardcore fans. I found the online experience to be a bit of a mixed bag, unfortunately. On one hand, it makes you think about the fantastic combat in a way that the story mode doesn’t require; human opponents are always going to be more unpredictable than AI, and therefore you need to be sure you have your combo timings and parries nailed down. Choosing when to use your ally assists and ultimate abilities also becomes of paramount importance, as in my experience, most battles usually boil down to who can manage their resources most effectively.

Unfortunately, the game’s launch has had issues with what seems to be poor net code. When you get a lag-free match, the spectacle that is Demon Slayer’s combat comes together perfectly, but all too often, input delays and stuttering as a result of lag interrupt the action and pull you out of the experience. It doesn’t happen often enough to be a deal-breaker, but it is something to be mindful of if you are someone who is jumping in largely for the online experience. It’s a shame that online performance is an issue, as outside of these network problems, Demon Slayer’s performance is otherwise solid.

For fans of the source material or just arena fighters in general, Demon Slayer’s incredible combat and substantial story mode make this a must-play. Sure, the exploration sections may disrupt the pacing somewhat, and the online functionality could use some patching, but these issues don’t detract too much from the stellar foundation which CyberConnect2 has put in place.

Editor’s note: This review is based on a copy of Demon Slayer – Kimetsu no Yaiba – The Hinokami Chronicles provided by the publisher. 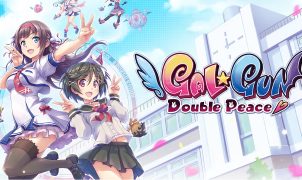