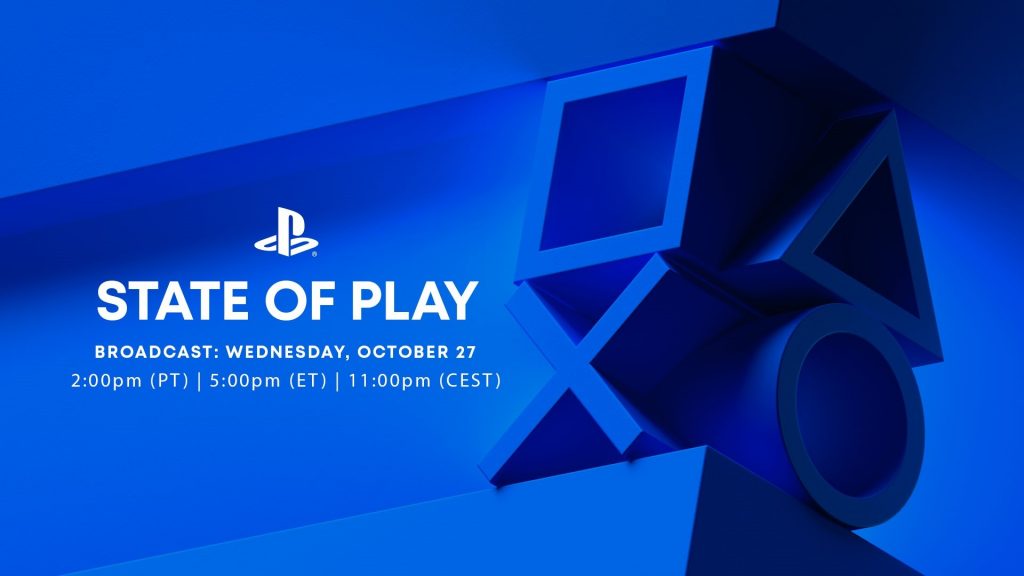 Sony announced today that their latest State of Play broadcast is set for next Wednesday, October 27th at 2:00 PM PT. They’ll have around twenty minutes of announcements and updates, with a focus on third party titles coming to the PS4 and PS5.

What can we expect to see? It’s really hard to say at the moment. Many of the most anticipated PS5 titles are from first party studios and while we don’t know that none of them will make an appearance, Sony’s comment on what their focus is makes it unlikely that we’ll see many. In terms of the rest of this year, the only big third party releases left are Call of Duty: Vanguard and Battlefield 2042. Then there are smaller but still highly interesting titles like Solar Ash and Chorus which we really enjoyed when we got to try it earlier this year. If we get into the early part of next year, games like The King of Fighters XV, Dying Light 2: Stay Human, Saints Row, Forspoken, and Elden Ring make a lot of sense. Further out there are things like Final Fantasy XVI and Stray which we could see an update on. We’re likely to see some completely new games as well.

The broadcast will be available live on Twitch and Youtube. For now, check out a trailer for one of the PS5’s most anticipated third party titles, Elden Ring, below.

Purrfect Date Is…Meownificent Mom, Dad…Sit down. I’ve got something to tell you. “What is it?” They ask, bewildered and holding hands. Last time I asked them to sit down…