Don’t Get Gored by This Bull 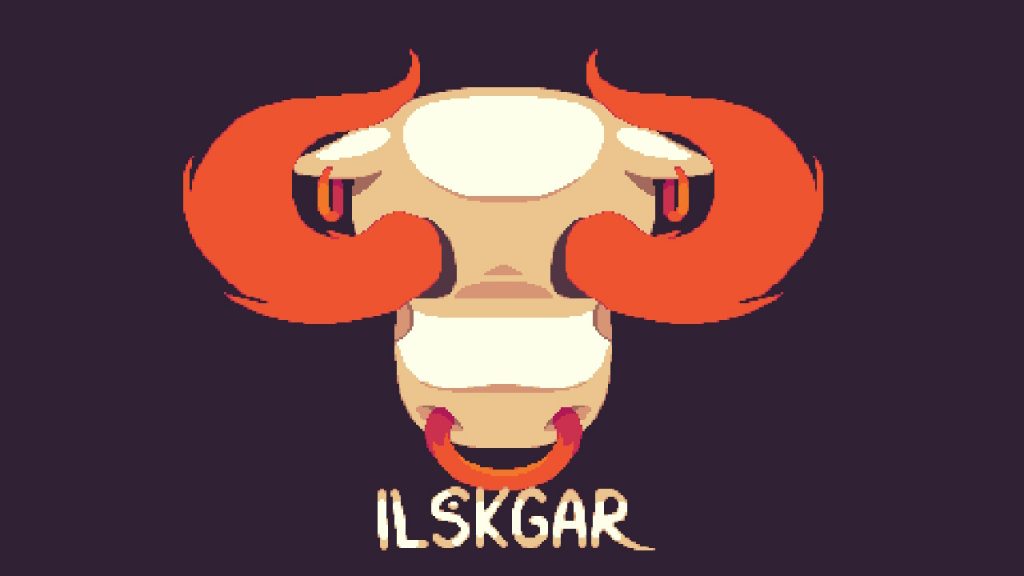 Ilskgar’s tale is a tragic one. He offered up his army to spare the life of his family, but was only spared himself. His wife and child were cruelly taken from him. In his fury, he went completely berserk, and was thus conveyed to the afterlife. Even in death, Ilskgar the Raging King is fueled by incandescent rage. And he doesn’t just look like a bull, he charges like one too.

In some ways, Ilskgar is easier than Avsladi. He has less elaborate patterns, even though he attacks you more directly. But don’t make the mistake of thinking him as less of a threat. He’s very sneaky, and if he manages to knock you into a hole, it’s immediately game over. So here’s how to deal with him. 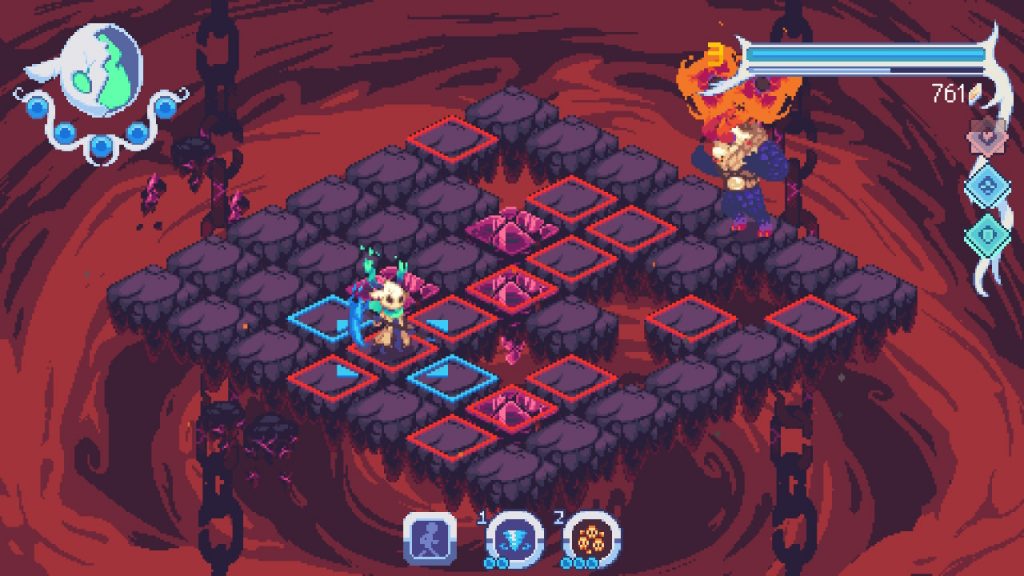 Ilskgar attacks every other turn. First, he’ll hop away from you, then he’ll light up the grid and throw blades of fire the next turn. You thus need to hop towards him, then hop to cover, and keep repeating until you’re right in his face. Once you attack him, he’ll become enraged, and charge towards your current position. 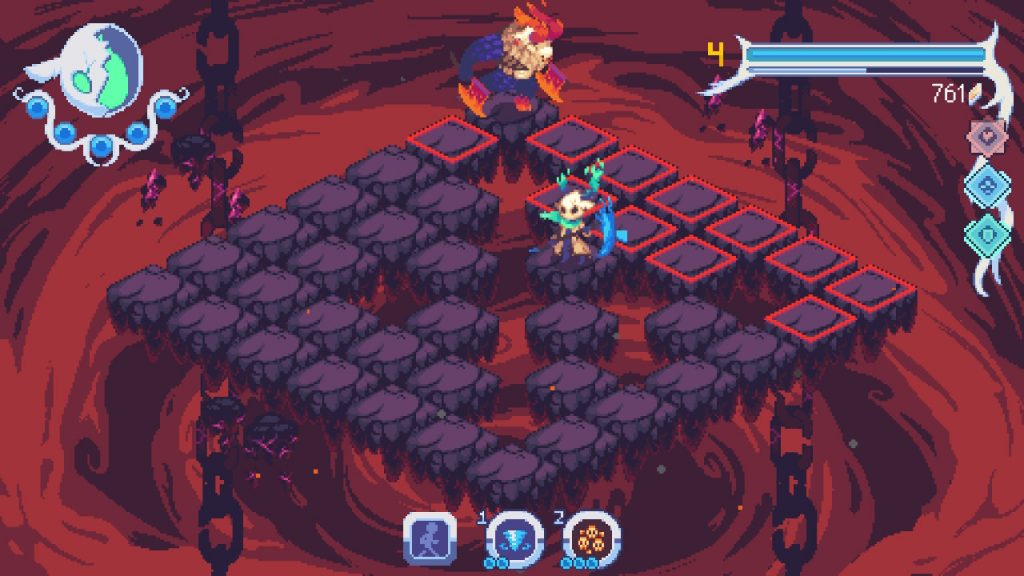 You’ll need to dash out of harm’s way. Once he slams into the wall, he’ll be briefly stunned. You need to run up to him and wail as much as possible before he recovers his senses. Just remember, the more moves it takes to get to him, the longer he has to wake up, and the less time you’ll have to attack. 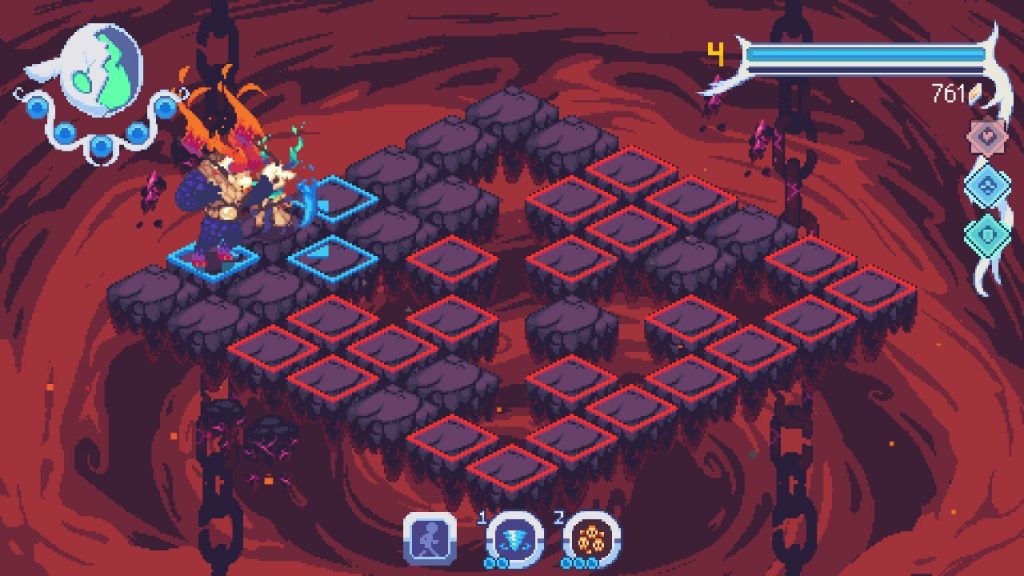 As the battle goes on, Ilskgar gets more aggressive, and will start doing multiple charges until he becomes stunned. Usually, 3 in a row, which can be a pain. You’ll need to be careful not to get stuck on a tile that you can’t dash away from. Also, don’t let him charge you repeatedly, since that will likely lead to your death, and he won’t stop charging until he hit’s a wall. 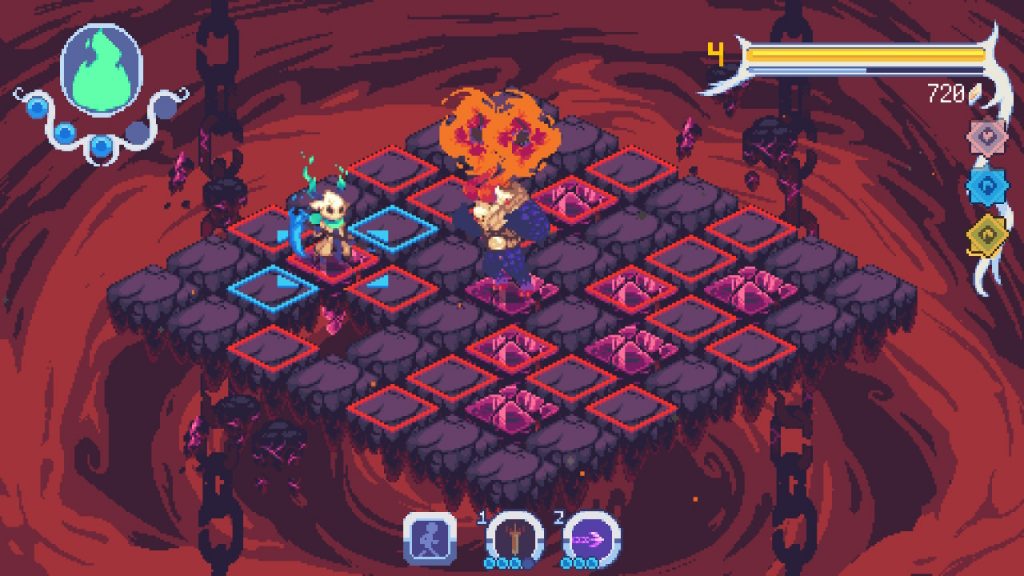 Basically, just be careful about which direction you reach him from, and be careful to avoid the blades of fire he tosses about. After about 7-8 hits, Ilskgar will be a goner. And you’ll have beaten the second boss in Evertried!

I regret to inform you that this game is very, very good. Why would I regret something that is very good? Well, that's easy - this game will destroy…