Sands of Aura Isn’t Sure What It Is, But Has Solid Combat Mechanics 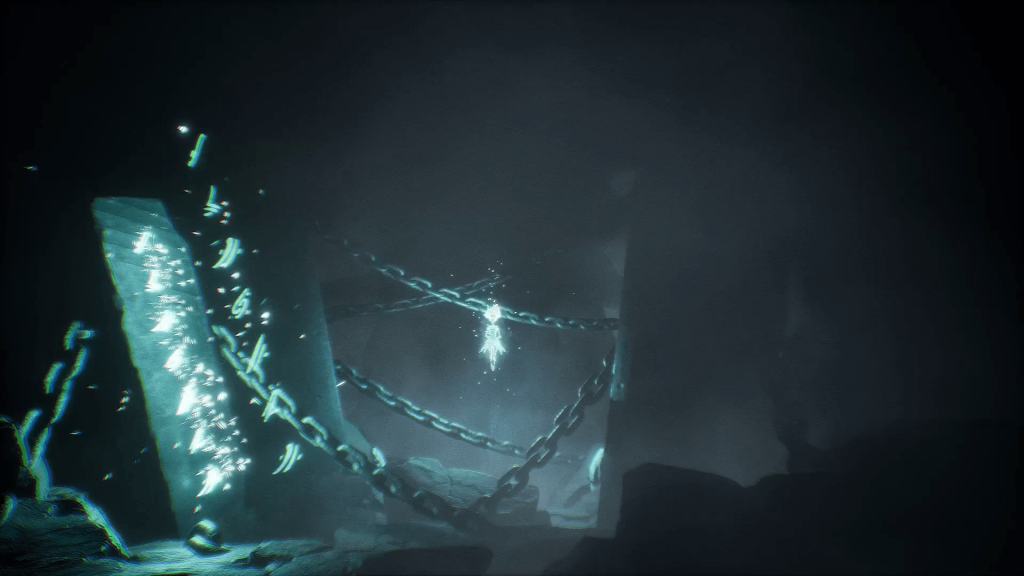 A Tease Of The Opening Sequence

‘Deliberate and punishing combat’ developer Chashu Games beams in its bombastic official trailer, showcased during Gamescom 2021. And while combat in Sands of Aura, a top-down action RPG, does feel challenging and rewarding – just like the beloved Soulsborne series – this early access title is struggling to find an identity of its own, especially when it comes to atmosphere, plot, and tone.

Taking The Atmosphere Out of The Room 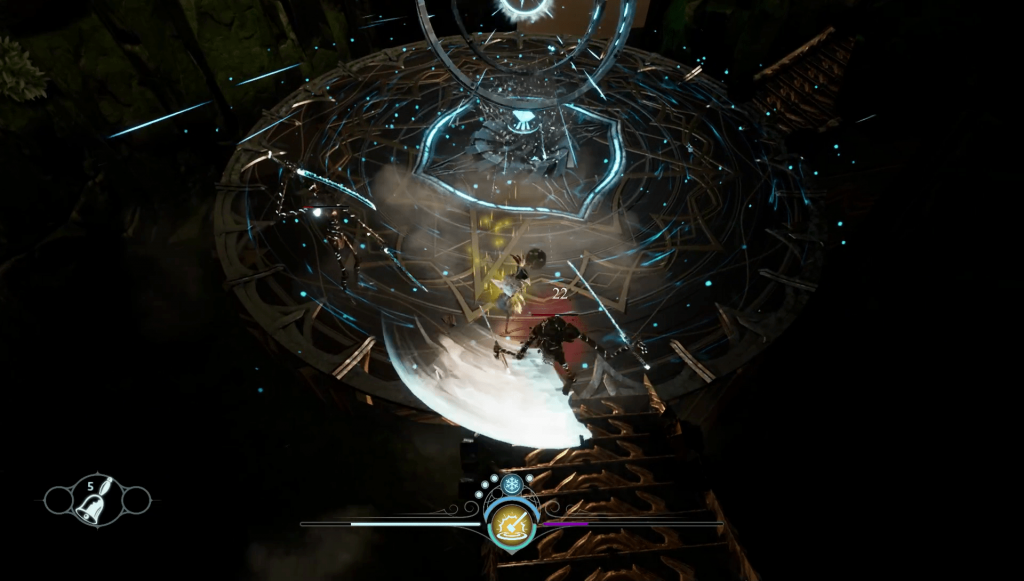 Sands of Aura unashamedly channels elements of Miyazaki’s masterpieces; in particular combat. The Souls games are renowned for being oppressive, not only in their difficulty, but their atmosphere, visuals, and general look and feel. They’re the antithesis of Care Bears or the panacea for any optimistic thoughts you might have.

Sands of Aura’s atmosphere and tone feel a bit confused. At the start of the game, you’re thrust into a cut scene, where a spooky female voice narrates about nebulous things (classic Soulsborne) to when you’re searching for water in a nearby settlement, and have to help with Korok-like fellow catch a pesky golem that’s ruining its cushions. It felt jarring, switching from a dark and serious tone about an apocalyptic threat to stopping a cute-looking golem from ruffling up the Korok-looking fellow’s seating area.

Humour in serious games is tricky to do right. Consider Destiny, a franchise that leaned on Cayde-6’s comic relief so much, that they had to kill him off to reclaim the dark and serious tone that prevails today. I have concerns as to whether Chashu Games will be able to stick the landing on Sands of Aura’s full release. 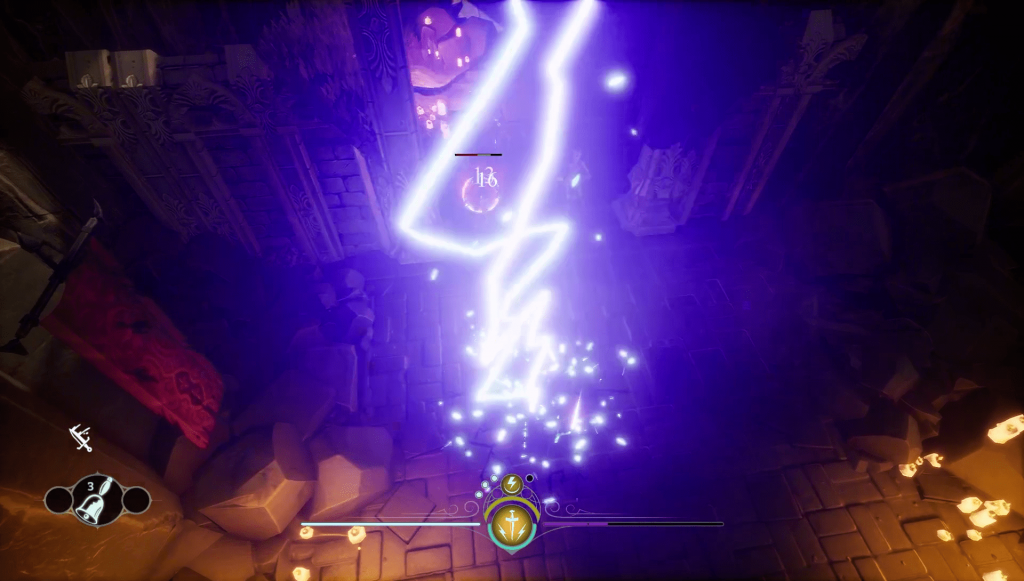 Yes, you’re in luck: Sands of Aura specialises in making you feel completely worthless when fighting baddies, especially when it comes to the bosses. You’ll be able to dispatch foes with a range of weaponry, from a standard sword to axes, two-handed swords, and much more. As well as melee attacks, you’ll be able to use special attacks, which extra damage compared to a standard melee, as well as imbue your weapon with spellblade properties; magical effects that add status and additional damage to your assaults.

Central to this is the parry and block system, which works similar to how it works in Sands of Aura’s contemporaries: block and you’ll reduce damage by a percentage, time it just right and you won’t take any damage, opening a window for you to do more damage to your target.

The result is a pretty decent combat system that requires careful coordination and timing when dealing with foes. I recall running through the second area, searching for some water, started dealing with a small group of enemies, to then see half a dozen more pour into view, quickly overrunning me and sending my departed soul back to the nearest save point.

Where Sands of Aura truly shines is in its boss design. In the few encounters I’ve tackled so far, each of them has been well-designed, with each boss having an array of mechanics you’ve got to figure out to beat them. They each have the usual, insta-delete attacks, so you must pay attention to when they’re telegraphing to get ready to obliterate you.

Gearing Up For A Good Time 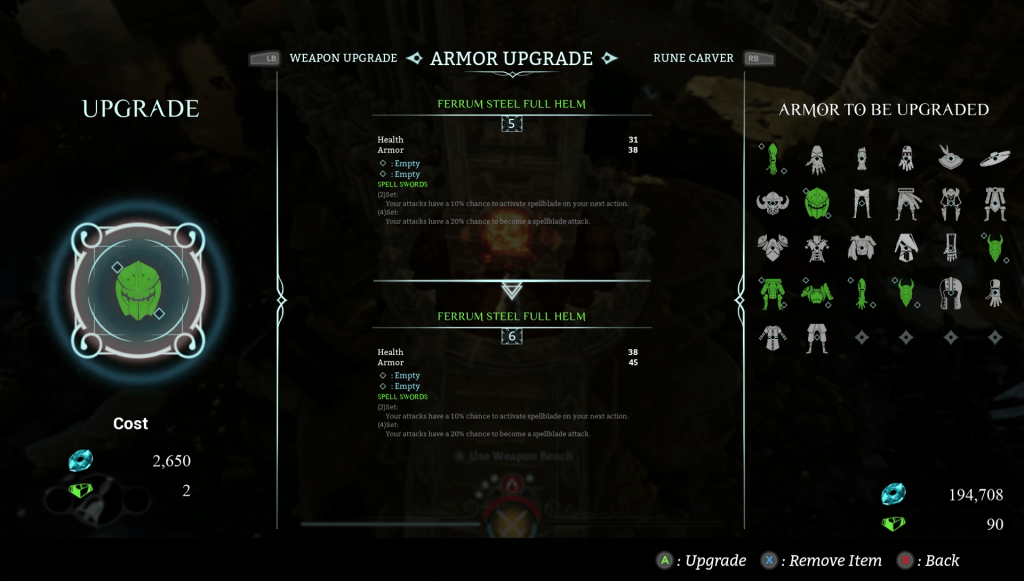 I actually quite enjoyed Sands of Aura’s gearing system in the six hours I’ve had with the game so far. In the first cavern, you collect scraps of armour that come with the usual stat-building characteristics you’d expect from this type of game, such as defence increases, attack increases, and much more.

The result is a fairly uncomplicated gearing system, which rewards experimentation and build-crafting, both of which are integral to getting the most out of these sorts of games.

Will Sands of Aura Find Its Identity? 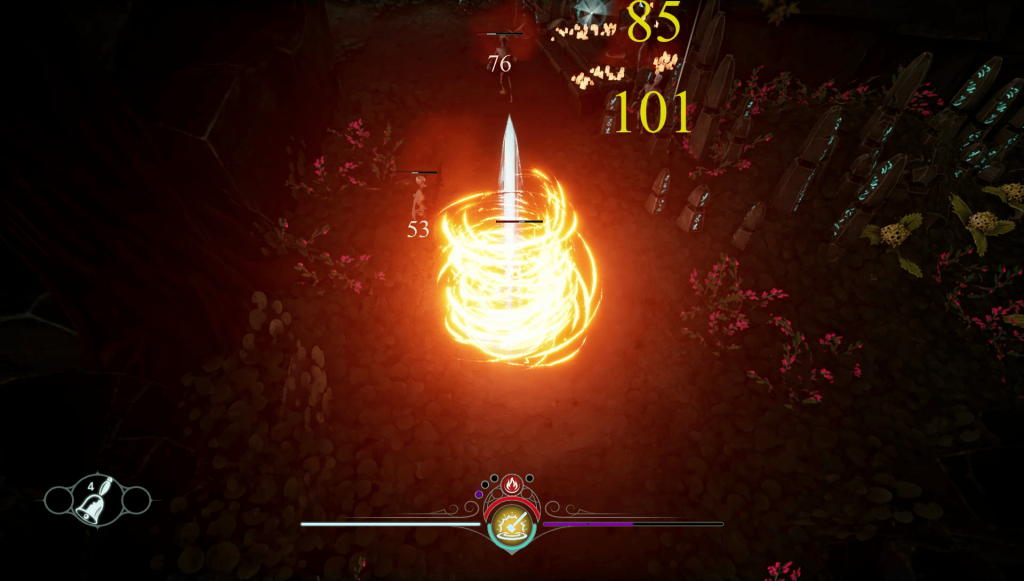 You may have noticed that I haven’t mentioned what type of game Sands of Aura is. Yes, I’ve said it’s heavily influenced by Soulsborne, but it certainly doesn’t play like one of those games.

It’s a smorgasbord of other ideas, rolled into one package. For instance, after the training area, you visit Starspire, your hometown, and the place you’re charged with protecting from drought and the numerous nasties in the world. There, Sands of Aura felt like a more conventional RPG like Final Fantasy or Divinity Original Sin as opposed to the more action-orientated souls.

But then, the plot and combat, and associated mechanics are clearly influenced by Soulsborne. When you die, you respawn at the nearest bell you rang, you heal by ringing miniature bells, and with the plot, well, I’ll be honest, I don’t have the foggiest what’s going on! Maybe that’s by design, like Dark Souls, which is largely interpretative, but in the case of Sands of Aura, I’m not so sure.

As the game progresses through early access, developer Chashu Games would do well to surface more elements of the plot. There’s an interesting universe to be explored, I’d just like to be able to delve into more of the lore and backstory on a collectibles screen.

Worth Keeping An Eye On

Soulsborne aficionados would do well to monitor how Sands of Aura progresses during its early access period. There’s enough here for the most masochistic of players to challenge themselves, in combat that feels robust and responsive. While the plot and atmosphere are a bit all over the place, if you’re the kinda person that enjoys getting stomped on, but prevailing in the end, this is the game for you.

However, for those that haven’t played any of Miyazaki’s games, and if story and atmosphere are important to you, Sands of Aura might not be your cup of tea. Its world is confusing, its plot is somewhat nebulous, and its RPG mechanics might not be complex enough for your liking.

Either way, Sands of Aura enters early access on the 21st October, and you can buy it on Steam here.