Time to hit the beach! …Or something like that 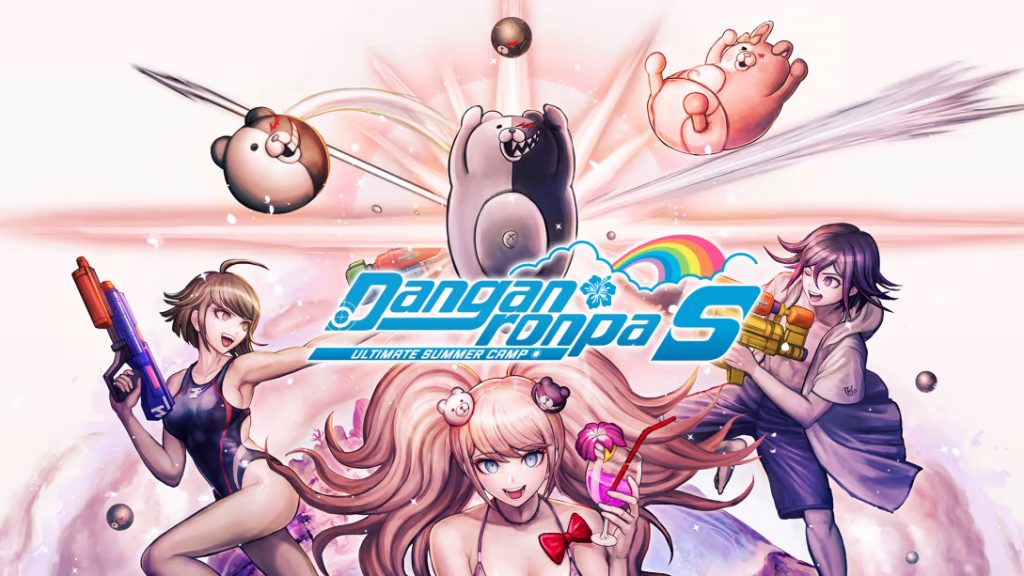 Fancy yourself a Danganronpa fan? Well, you’re in luck, because Spike Chunsoft has unveiled a double-dose of exciting news for you to get excited about—including a ton of new details on Danganronpa S: Ultimate Summer Camp! Wondering what those details are? Wonder no more, dear reader; keep on on reader for an official description of the details down below! 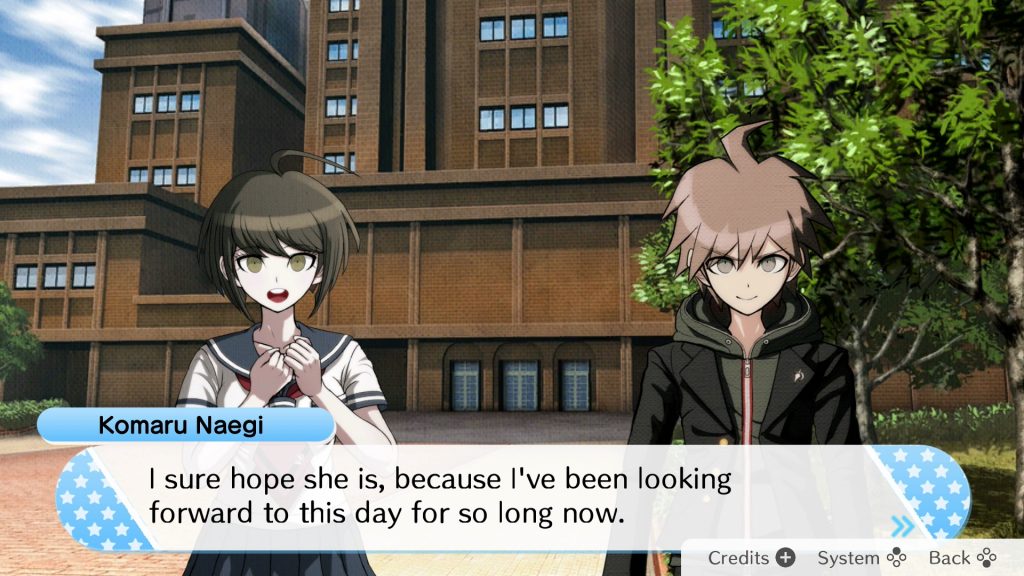 The Ultimate Students from Hope’s Peak Academy are ready to graduate—but before they do, the culmination of three years of academy life begins with the 50-day Talent Development Camp. Let’s see how their adventure unfolds in the prologue to Danganronpa S: Ultimate Summer Camp.

Komaru Naegi arrives at Hope’s Peak Academy after receiving an invitation from the Talent Development Camp. It turns out that some family members of the participants, as well as students from the elementary school affiliated with Hope’s Peak Academy are also attending the camp. Horrifying events like those that occurred in the mainline Danganronpa series won’t happen here, but for the most part, the story retains the relationships between characters. The characters from Ultra Despair Girls seem to have met each other while Komaru was on a field trip to Towa City.

The stage of the talent development camp is, of all places, the Neo World Program. This virtual world feels just like reality. Once someone enters a capsule connected to a computer, they’ll find themselves on the eternal summer shores of Jabberwock Island. During the camp, the cutting-edge equipment secretly built beneath the academy provides feedback to the user’s actual body as they exercise and eat.

The Monokubs are back to support the campers. By using their Monokub Wands, Monokubs can create virtually anything the camp needs. However, Monokuma has decided the camp should be taken seriously, and by stealing a wand, transforms Jabberwock Island into a dangerous place full of feral Monobeasts. To complete the development camp and return to the real world, participants must battle Monobeasts, hone their talents, and obtain their respective Hope Shards.

Gather Hope Shards to Progress through the Story 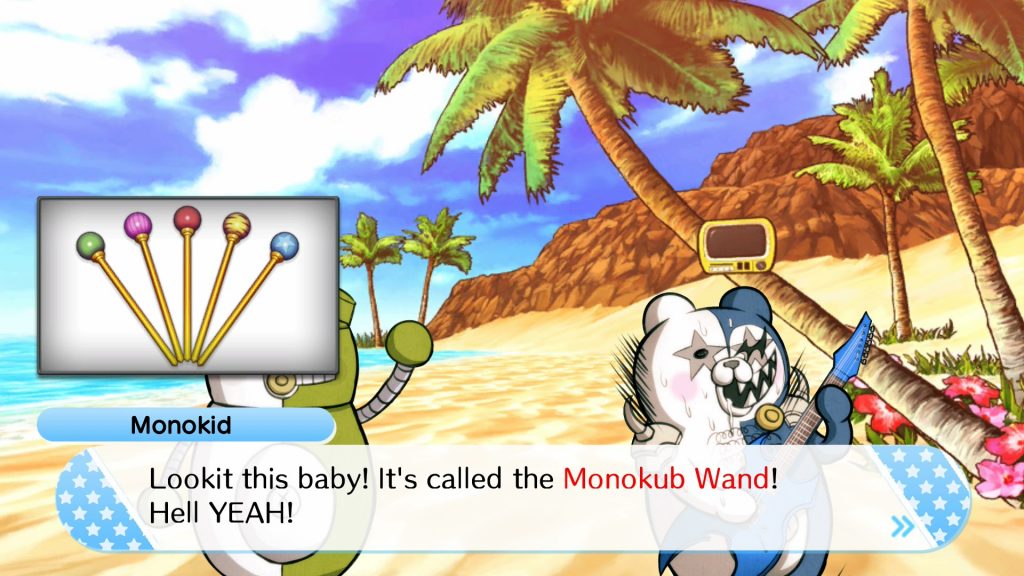 The main story advances each time you complete development for 10 characters. It seems the Monokubs supporting the students and the Monokub Wand are key to the storyline…

Monokid spends his days swamped with his job at the Beach House. But the (self-proclaimed) messenger from hell can’t stand this life anymore and finally erupts. With the power of a Monokub Wand, he creates the Hell Battle Ring, and attacks the campers. 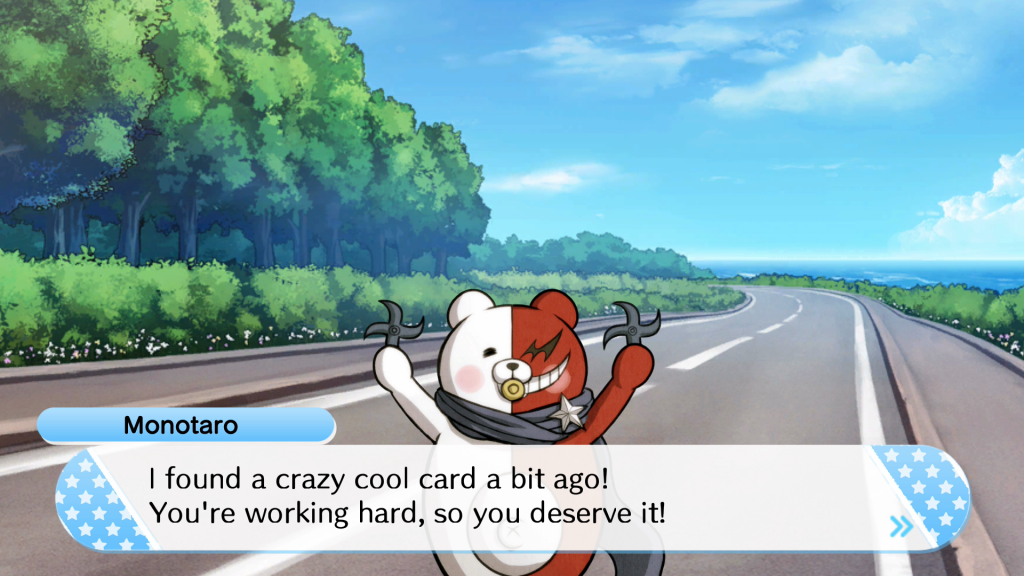 The Monokubs are here to support the campers. During the development boardgame, Monokubs will appear at the end of a turn to help you.

Power Up with Hype Cards 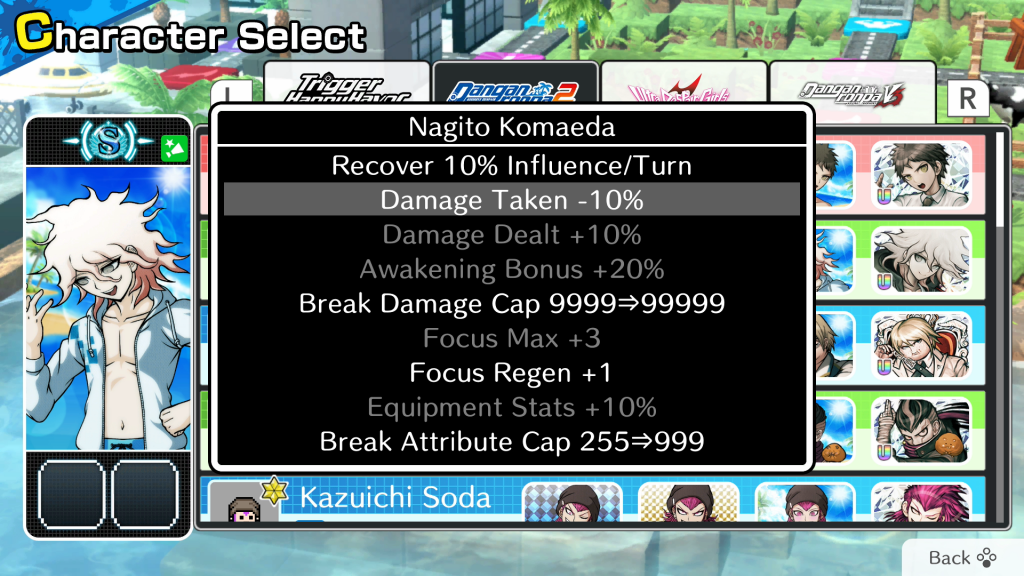 In addition to unlocking characters via character cards, the school store’s three MonoMono Machines dispense Hype Cards and presents. Hype Cards further enhance your character’s abilities and increase their maximum growth capacity. There are nine varieties of Hype Cards for each character. Once a Hype Card is drawn for any character, it will come into effect regardless of the character rarity or game mode they are used in (boardgame or Tower of Despair).

Hype Cards feature a multitude of illustrations taken from the extensive catalog of Danganronpa merchandise. Fans will be able to enjoy the lavish designs once limited to licensed merchandise.

Most Hype Cards feature battle-related effects such as “Break Attribute Cap”, or “Attack Damage +10%”, and many others that will be useful in both the boardgame and Tower of Despair. You can check the status and art of your Hype Card collection via the character selection screen.

Start Your Development with a Present 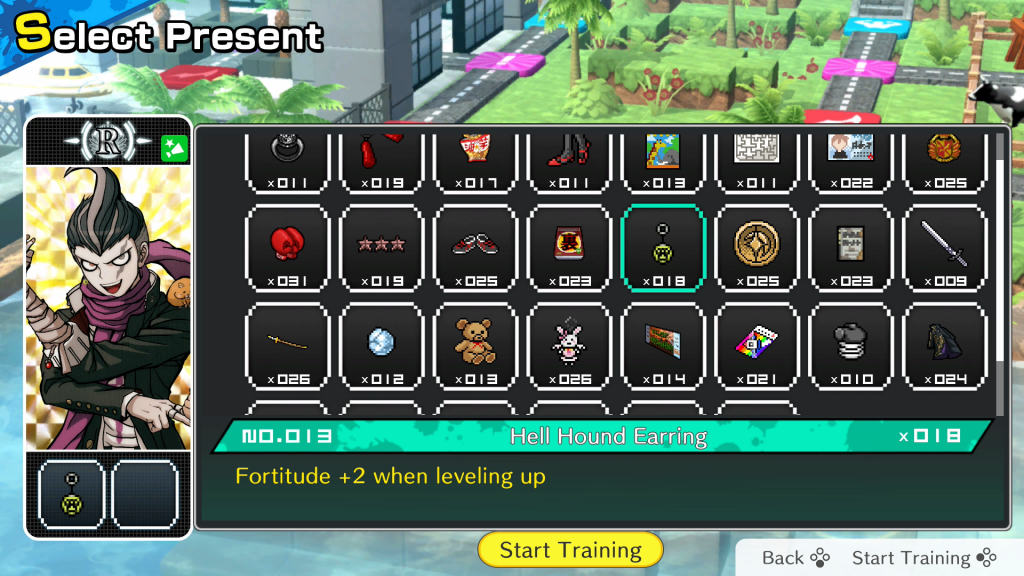 Along with Hype Cards and Character Cards, the MonoMono Machines also dispense presents that will help you in the boardgame. Presents have effects such as “Increase Card Inventory Size”, “40% Discount at Shops”, and more. You can start a session with up to two presents. Presents are consumed once used, so try to apply them effectively. 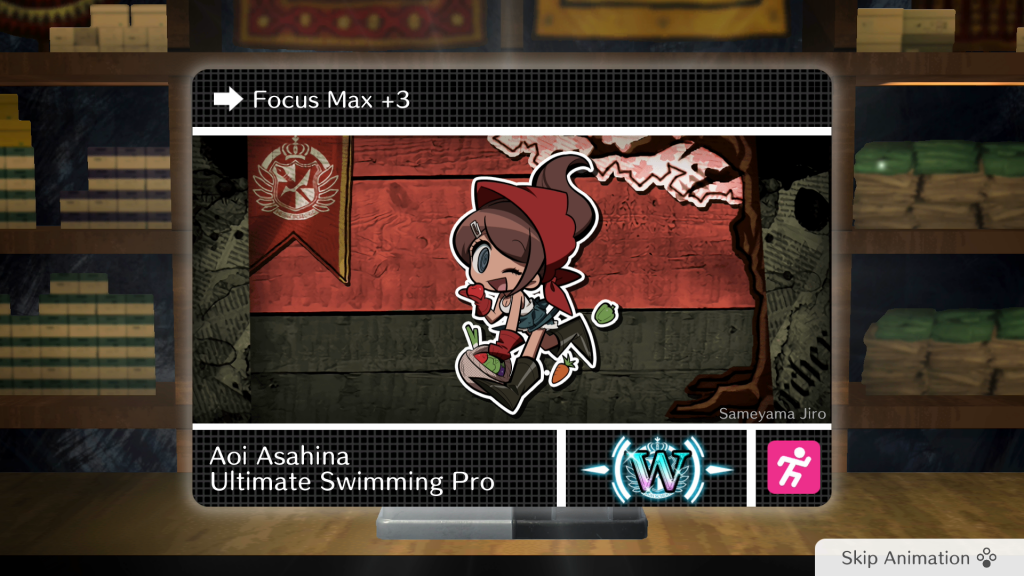 There are nine types of cards for each of the over 60 playable characters, creating a total of over 500 cards in all. Here are just some of the exciting cards, along with their licensees.

More about the School Store 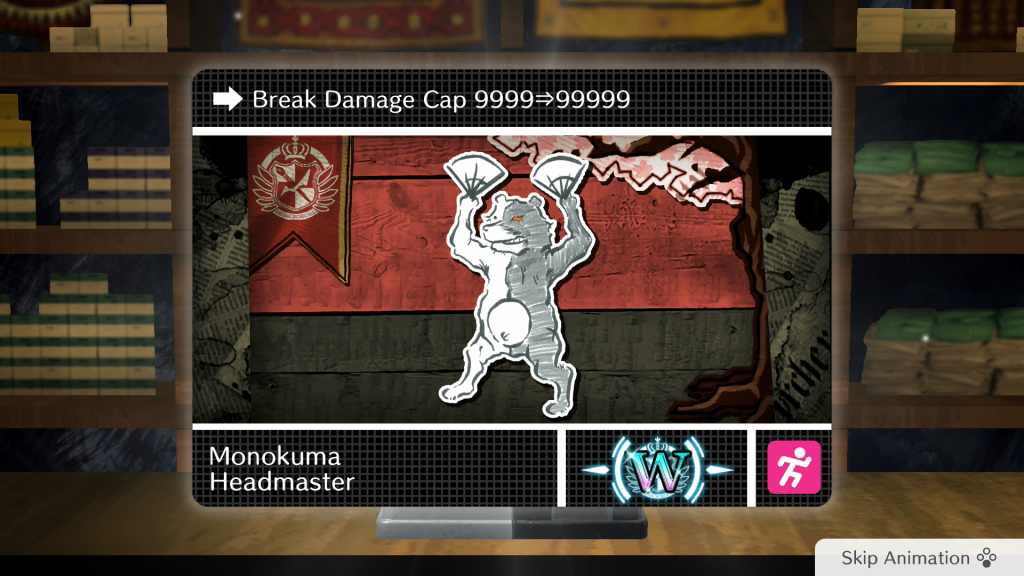 Players can obtain all content such as characters, character upgrade cards, and items just by collecting and spending in-game coins. For example, if a player wants a specific character card, they can gather Monocoins and use them on the MonoMono Machines for a chance to win that card. Players can rest assured that they will not receive duplicate Character cards and Hype cards from machines. In addition to this, players cannot exchange real-world money for in-game Monocoins.

Let’s say a player really wants a swimsuit Nagito card, but doesn’t have a lot of time to play. They could visit the Nintendo eShop and purchase a “1 card” DLC. Using this DLC allows them to get the rare Nagito card without leaving it to luck. Here’s how it works: at the School Store, there will be an option to visit the Nintendo eShop to purchase a DLC. This DLC will allow the player to select any prize the player wishes from any machine, effectively removing the random chance element.

Phew! That was a lot of information. It’s certainly exciting stuff, though! Are will you be packing your bags for some fun in the sun when Danganronpa S: Ultimate Summer Camp releases? Let us know in the comments below!

A Formula for Success     “Tonal whiplash” is a term that I’ve always viewed to be entirely negative. It’s never a good feeling to be caught in the…