Aeon Must Die Review: The Evolution Of The Beat ‘Em Up 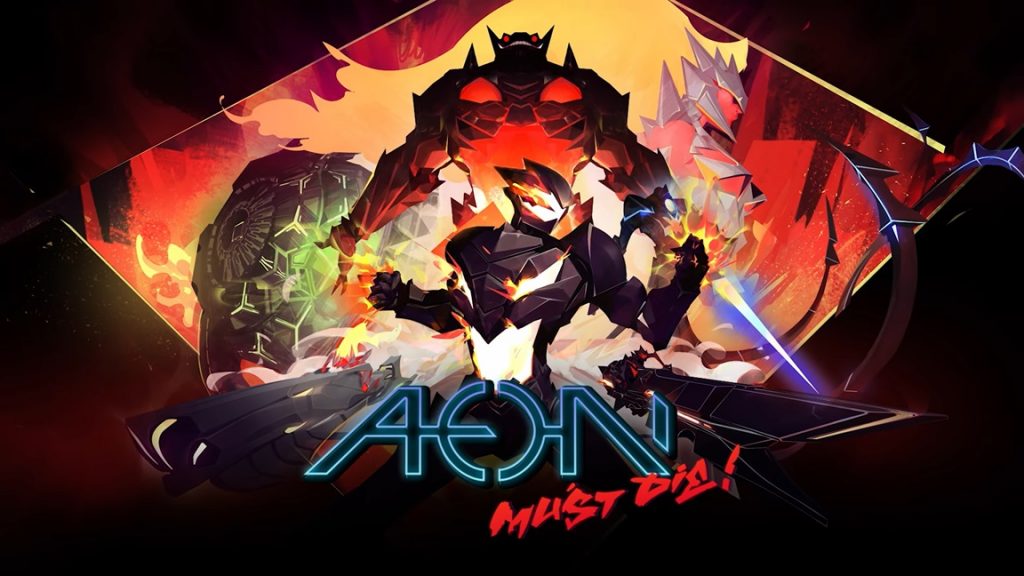 Before we dig into Aeon Must Die, I just want to be clear that yes, we at HPP are very much aware of the controversy surrounding the game’s launch. If you want to know more about the accusations and disputes surrounding the title, then there is a wealth of information already published online which has thoughtfully documented the matter. If that plays into your decision to purchase or not, then that’s fine.

However, the fact is that Aeon Must Die is something that is going to command a lot of attention due to its novel and forward-thinking take on the beat ’em up genre, and a lot of people are able to separate art from whatever controversy surrounds it. On that basis, we want to provide you with an unbiased take on Aeon Must Die, so that you can make an informed decision as to whether this is a game that is worthy of your time when judged solely on the quality of Limestone Games’ work. 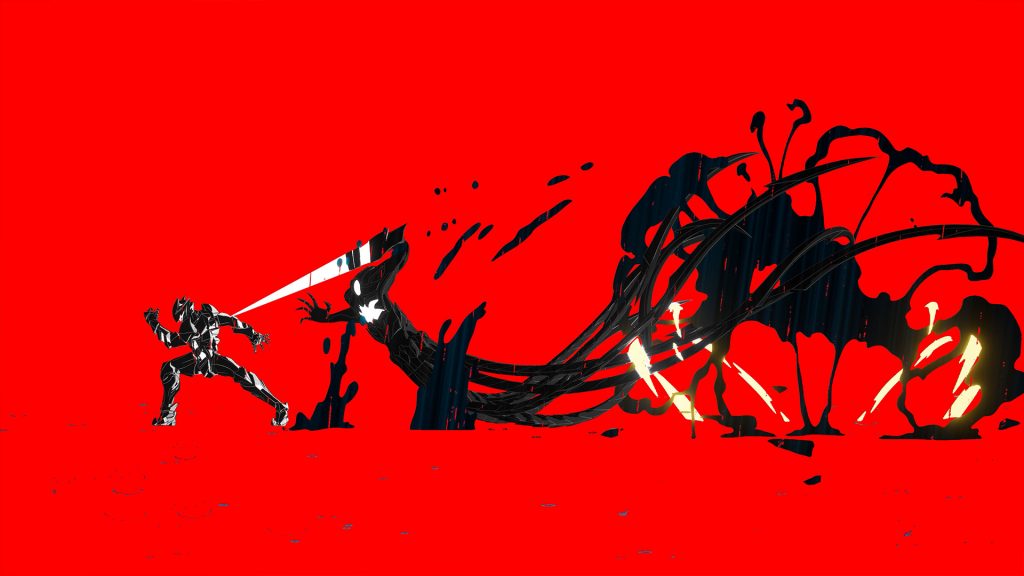 Aeon Must Die is a strange one. On one hand, I absolutely respect the efforts of the developers to try new and interesting ideas with their take on the beat ‘em up, but on the other hand, it’s a title that I feel is often found buckling under the weight of its convoluted systems.

Players take control of Aeon, a symbiote of sorts and previous emperor of an alien race who has taken over the body of a “Starspawn.” See, Aeon has been overthrown as emperor, so it’s up to you as the player, to guide Aeon and his Starspawn through this complex tale of betrayal as you guide Aeon back towards his place as emperor.

I used the word complex, as a lot of Aeon Must Die’s plot pretty much flew over my head. Story scenes are delivered via comic book-style screens, with sci-fi and futuristic jargon being thrown around at a breakneck pace. It’s a lot, and the story sequences come at you so thick and fast, especially in the early game, to the point where it can be very difficult to keep up.

Frustrations with story delivery aside, I did appreciate the attempts at providing a substantial narrative; this is a genre where the story is rarely the focus, therefore seeing Limestone Games not only provide a full and fleshed out story, but branching narratives and multiple endings, was a nice touch. I also found myself caring more about the characters and the world as time went on and the characters’ motivations and relationships became clearer, so there is definitely some good work here once you push past that initial barrage of information you get hit with at the start. 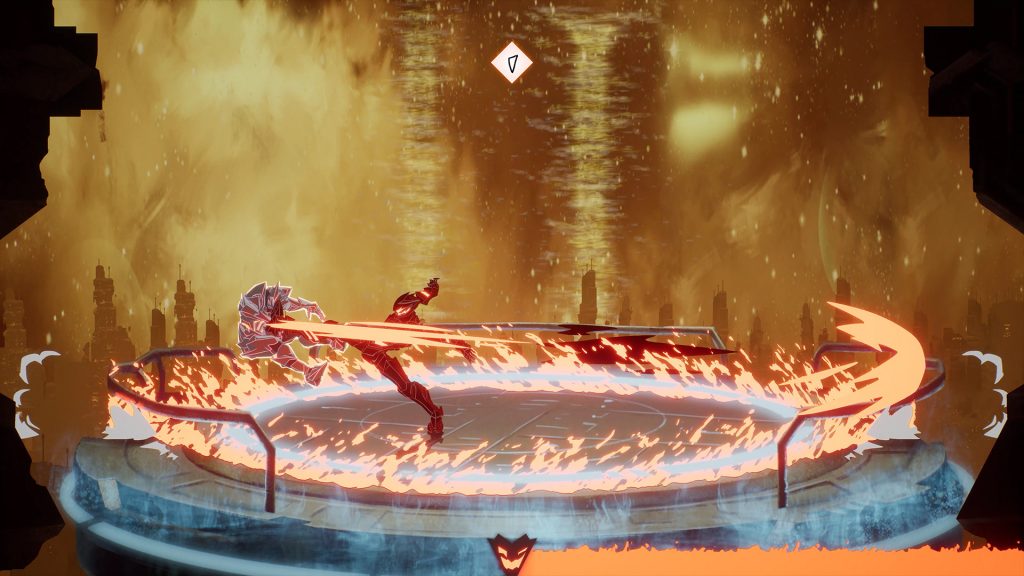 Aeon Must Die doesn’t just overwhelm in the story department, but also in its general gameplay. This isn’t your average beat ’em up, and there is a lot of new and novel systems at play here, to the extent that two hours in, I was still frequently being hit with tutorials on the many mechanics.

At its core, Aeon Must Die is a 2D beat ’em up, though, in all honesty, I think it might actually be more accurate to refer to it as a single-player fighting game. All battles play out in 1v1 fashion, and the game never strays from this beyond your opponent’s having allies on the sidelines who will assist from time to time.

I initially thought this seemed a strange design choice; contesting with multiple opponents and prioritizing who to engage with is a staple of the beat ‘em up genre, so to switch to 1v1 battles was a bit jarring and initially underwhelming. It soon began to make sense, though, as the combat here is so convoluted that if you were squaring off against any more than one enemy at a time, the already harsh difficulty curve would become unbearable.

First off is the way health is handled. Death in Aeon Must Die isn’t a matter of having a health bar depleted, as there isn’t one at all. Instead, players have an energy bar split into two halves at the bottom of the screen. By landing attacks and parries, players generate heat, which fills the energy bar up on the right-hand side. Max out your heat gauge, and you become overheated, which is a vulnerable state where one attack will kill you. To get yourself out of this overheated state, dodges and heavy attacks must be performed until you are no longer in danger of being one-shotted.

Conversely, dodge too much and use too many heavy attacks, and the bar fills up in the other direction, culminating in the player becoming drained. Again, this puts you into a state where one hit will take you out, and you need to use basic attacks and parries to start generating heat again.

I cannot begin to tell you how long it took me to wrap my head around having to manage this gauge. Those first few hours were a complete slog, as I would constantly forget about the mechanic, leading to an abundance of one-hit kill deaths.

I found that mechanic alone to be a lot to deal with, but Aeon Must Die doesn’t stop there with its complexity. Adding further to your meter management worries are color-coded enemy types, which can heat you up or drain you depending on whether they glow blue or orange. That’s not to mention enemies who glow green and, upon connecting with an attack, will push you to the extreme end of whatever state your bar is in with immediate effect. Add onto that, enemies who cannot be parried, and enemies who you need to avoid attacking due to their defensive stance, and Aeon Must Die’s systems start to pile up quickly. 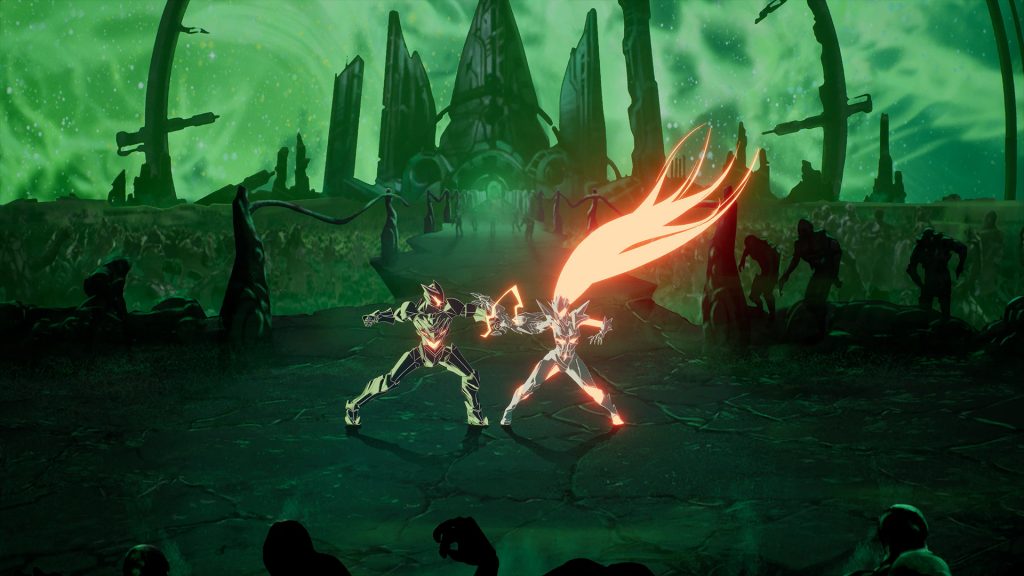 Adding further to the already difficult learning curve is how enemy scaling and AI are handled. Dying to an enemy in Aeon Must Die causes you to lose a life, referred to here as “Purpose.” That enemy that killed you then levels up off the back of having stolen your Purpose, gaining benefits such as health increases, or attacks that the player cannot parry.

Further to this is the enemy leveling system which kicks in at the end of each chapter. Enemies can level up in three different stats. Retribution allows the enemies to read your attacks and counter moves which you have become too reliant on; Comradery enables them to receive more frequent assists in battle from their allies on the sidelines; and finally, Technique allows them to learn new moves.

It led to a hodgepodge of systems that felt extremely punishing, and the deeper into the story you get it almost comes across as though the player is getting punished for becoming familiar with the game.

I should add that others may not feel as negatively about the adaptive AI as I did. To be fair to the developers, it forces the player out of their comfort zone and requires you to dig deeper into the ability and skill trees as you scramble to find new ways to counter the increasing intelligence of the enemies. On top of the whole meter management system, however, I found it to be too much and would have loved the ability to switch it off. 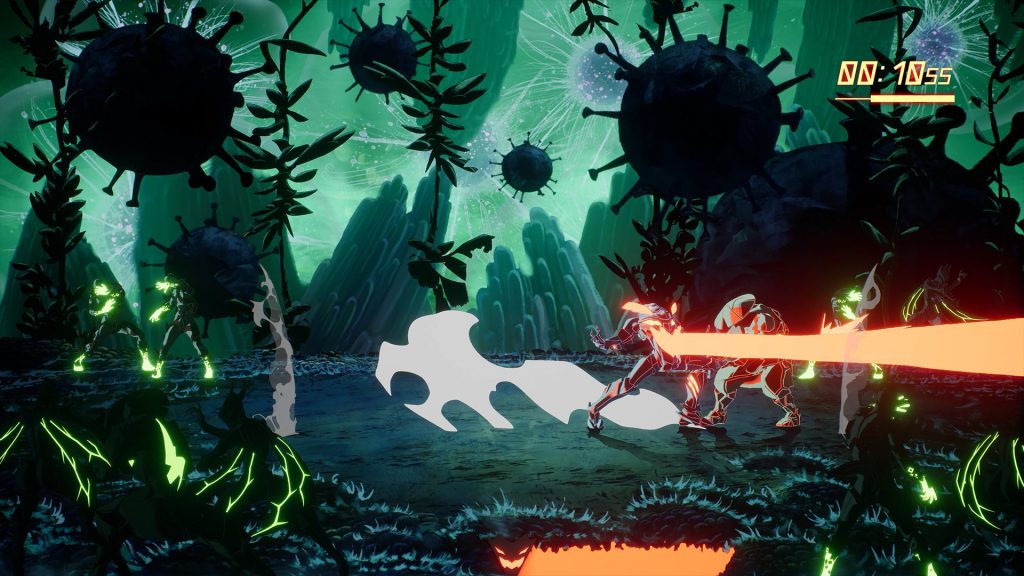 My subjective frustrations aside, I absolutely appreciate a lot of what Aeon Must Die does. Whilst initially overbearing, combat feels weighty and responsive, and the skill trees end up giving players a much more varied move set than is typically found in a beat ‘em up.

It all looks spectacular as well. A lot of the buzz around the trailer, which was shown at the State of Play where Aeon Must Die was revealed, was due to the art style. I’m happy to say that the trailer is only the tip of the iceberg in terms of showing off how beautiful everything looks in action.

The sound is also stellar. Attacks land with a satisfying crunch, adding to the weightiness of the combat. Also, a huge shout-out must go to the soundtrack. It’s a super satisfying blend of futuristic synth sounds and fast-paced rhythms, which perfectly compliment the visuals, and really assist in bringing the world of Aeon Must Die to life.

And in all honesty, as frustrating as I found the gameplay at times, I also have to concede that the wealth of systems are probably the biggest selling point here. Detach yourself from years of muscle memory and habits built up from playing more traditional beat ’em ups, and Aeon Must Die’s complexity becomes a truly satisfying hurdle to overcome. In the back half of the story, when I got my head around how the game expected me to play, the satisfaction I would get from defeating a particularly difficult encounter was unlike anything I’ve felt in any other entry in the genre.

In fact, I’m about to start a second playthrough to experience more of the branching narrative. There is also a system here that changes the outcome of the story should you lose all your Purpose, as mentioned earlier. Whilst you can regain purpose by defeating the enemy who stole it from you, I’ve read elsewhere that losing all your Purpose gives Aeon complete control over his host’s body, and not only unlocks the entirety of the skill tree but alters the direction the narrative goes in.

So yes, whilst it’s undeniably one of the more frustrating games I’ve played in recent memory, Aeon Must Die is also a curious beast that I’m eager to spend more time with.

Aeon Must Die is a complex and sprawling beat ’em up. Even with its initial learning curve, there is no denying that it presents a genuine evolution of the genre and for that, it should be applauded. The beat ’em up genre is one that seldom presents ideas and concepts as fresh and punishing as this, so on that basis alone, Aeon Must Die is something that is definitely worth checking out for those with even a passing interest in the genre.