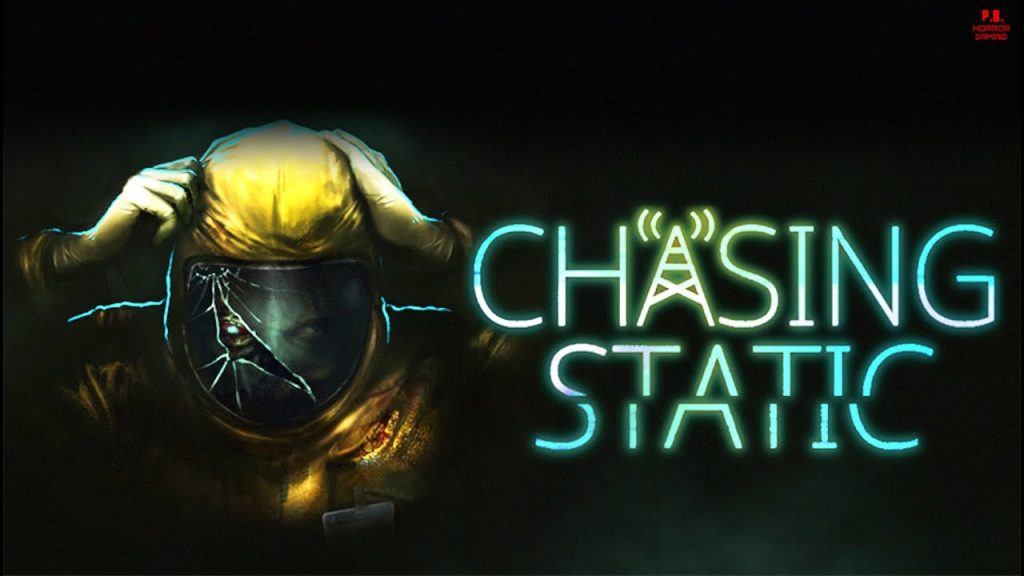 It’s a solid foundation, to be sure, and one that’s bound to appeal to players who cut their teeth on such classics as Silent Hill and Resident Evil in their heyday. However, you shouldn’t take this pixelated fright-fest at face value. While Chasing Static undoubtedly looks the part of a bona fide relic of the pioneering days of the survival horror genre, it’s very much its own thing. You won’t find any ghoulies out to grab you. And jump scares—the horror genre’s bread and butter—are surprisingly minimal. Instead, Chasing Static is all about the underlying narrative and immersing you in its foreboding world. If you’re in the mood for a two-hour ghost story with some killer presentation, it’ll undoubtedly scratch that itch. However, those looking for something more traditional may find themselves lost in all the white noise. 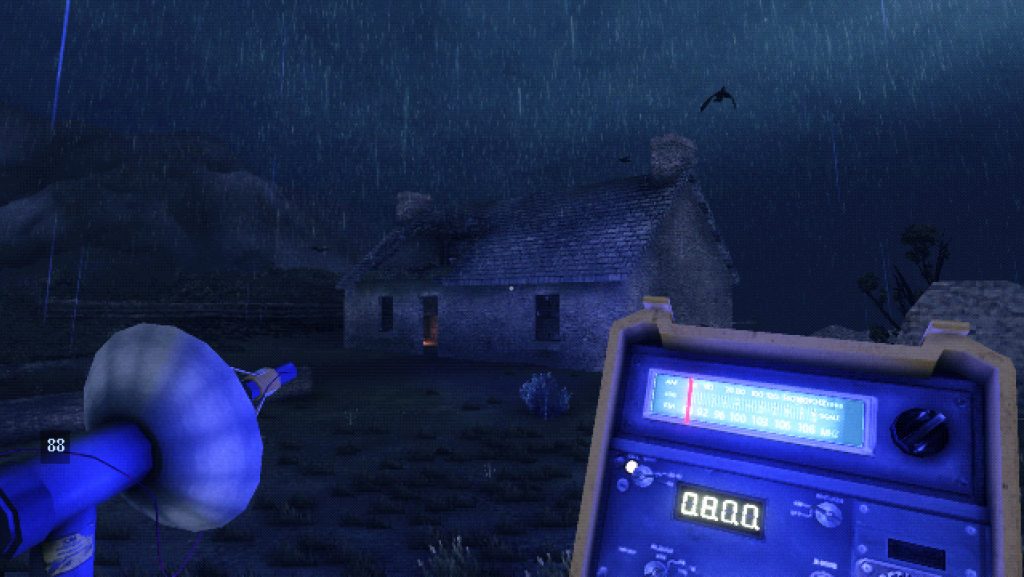 Chasing Static puts players in control of Chris Selwood. When Chris’ father dies, he makes his way to rural North Wales to settle his affairs. But, after he pulls into a diner on a rainy night to wait out a heavy storm, things take a turn for the worse. The power suddenly goes out, and an ominous figure attacks the kindly waitress you were talking to just moments before, pinning her to the ceiling in a gruesome scene fit for Nightmare on Elm Street. Next thing you know, Chris awakens, seemingly in another time. The once-cozy diner is now in shambles, and the colorful confections that once adorned the counter display case have gone moldy. What follows is a roughly two-hour journey into the sleepy town of Hearth and its surrounding area as you investigate a series of anomalies and uncover the village’s sinister secrets.

Chasing Static‘s most unique feature is its focus on sonic exploration. No, I don’t mean dropping acid and losing yourself to Frank Zappa’s transcendental 1969 album “Hot Rats.” Early in the game, you’ll come across an abandoned military bunker where you’ll find a tool called the Frequency Displacement Monitoring Device. The FDMD is an experimental directional microphone that allows you to tune into frequencies invisible to regular radios. By aiming the FDMD around the environment, you can discover signals. And, once you reach their broadcast location, an echo featuring dead members of a research team will play out, a bit like the memories in Tacoma, offering you clues on what you’ll need to do next or how to find key items to help you advance in the story.

This is a novel mechanic, to be sure. These encounters, however, make up the overwhelming majority of your interactions in the game. As a result, there were times I felt more like a voyeur than an active participant in the story as I wandered from one barren location to the next to watch these scenes play out. Thankfully, the writing was engaging throughout, and the voice acting was convincing enough to keep me interested in what was going on despite being little more than a witness to the story’s more impactful moments.

Putting The Pieces Together 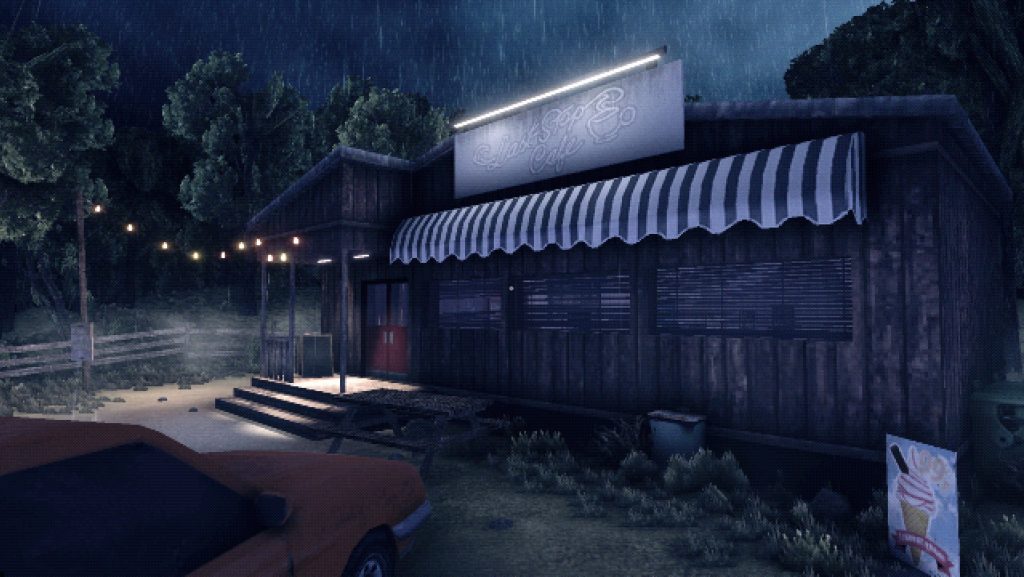 Of course, you can’t have a retro-inspired horror title without some puzzles thrown in for good measure. However, when it comes to its brain teasers, Chasing Static doesn’t throw any curveballs. You’ll play amateur electrician a few times as you gas up generators or replace blown fuses. Or, when push comes to shove, find tools that you can use to brute force your way through a few situations. But apart from that, you probably won’t be scouring the web for a walkthrough as you march your way to the end credits.

In fact, it’s pretty hard to get stumped at all. Whenever you leave an area, the game will notify you in giant block letters if you happened to leave behind any key items during your visit. With this in mind, most of the challenge comes from finding the source of the radio signals themselves, as some essential gear won’t spawn in the environment until you witness its corresponding echo. If this sounds daunting, don’t fret. It’s not that bad. With only three largely linear areas to explore, you shouldn’t have too much trouble seeking all of the signals out.

This leads to perhaps my biggest issue with Chasing Static. While I love its retro-inspired aesthetic and fantastic atmosphere, the story comes to a whiplash-inducing conclusion just as soon as things start to get really interesting. With a few additional areas to investigate or even just an extra ambitious final location to tackle, Chasing Static could have been something truly memorable. As it stands, I believe horror and narrative adventure fans—especially those with a fondness for the PS1 era—looking for something a bit different may get some enjoyment here, though it’s easy to imagine that many others will be left wanting more.

Upon completing the story, you do unlock a Restless Dreams New Game – mode. Sadly, it’s not quite exciting as the name would have you believe. This mode simply adds a Silent Hill-inspired graphical filter, immersing the Welsh landscape in a foggy haze. Don’t get me wrong: it’s a welcome bonus, but I don’t think it’ll be enough to compel many players to run through the game a second time after seeing everything the story has to offer. 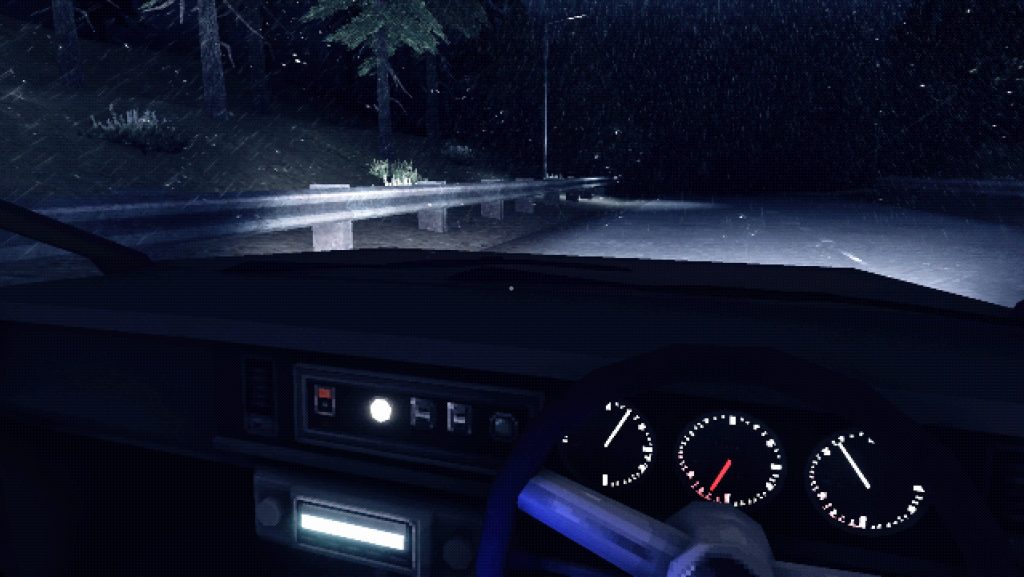 If there’s one area where Chasing Static shines, it’s in its presentation. Developer Headware Games did a fantastic job of recreating the PS1’s distinct graphical style here. From the gritty texture work to its distinctive light sourcing, everything comes together to create an authentic-looking throwback to a time that many would argue is the golden age of survival horror.

If there’s anything that’s missing, it’s the PSX’s notorious texture-warping effects. To be honest, I was a little surprised the developer didn’t try to replicate them just for fun. Of course, this is just nitpicking, and not at all meant to take away from the great work the developer did when it comes to capturing Sony’s 32-bit hardware’s distinctive features.

As great as the old-school visuals are, Chasing Static sounds even better, though I recommend wearing a good pair of headphones to get the best experience. From the hiss of the white noise coming in over your FDMD to environmental effects like the rain pattering on the hood of your car, it’s all so very immersive and really pulls you into the Chasing Static‘s haunting world.

Chasing Static dials in a unique spin on the psychological horror genre with its lo-fi visuals and focus on sonic exploration. I only wish there was more substance to go along with its excellent sense of style. With more compelling puzzles to solve and a greater variety of locations to explore, it’d be a lot easier to recommend adding this one to your library. Even though the writing has its moments, the story ends so abruptly that it likely won’t stick with you long after the credits roll.

If you’re a die-hard fan of horror games from the 32-bit era or are looking for a fresh twist on the genre, Chasing Static just might be worth tuning into. However, those in search of more substantial scares would probably be better off changing the station. 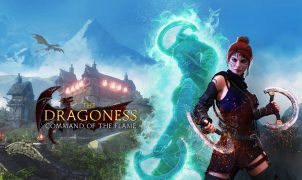