Book of Travels is spiritually soothing 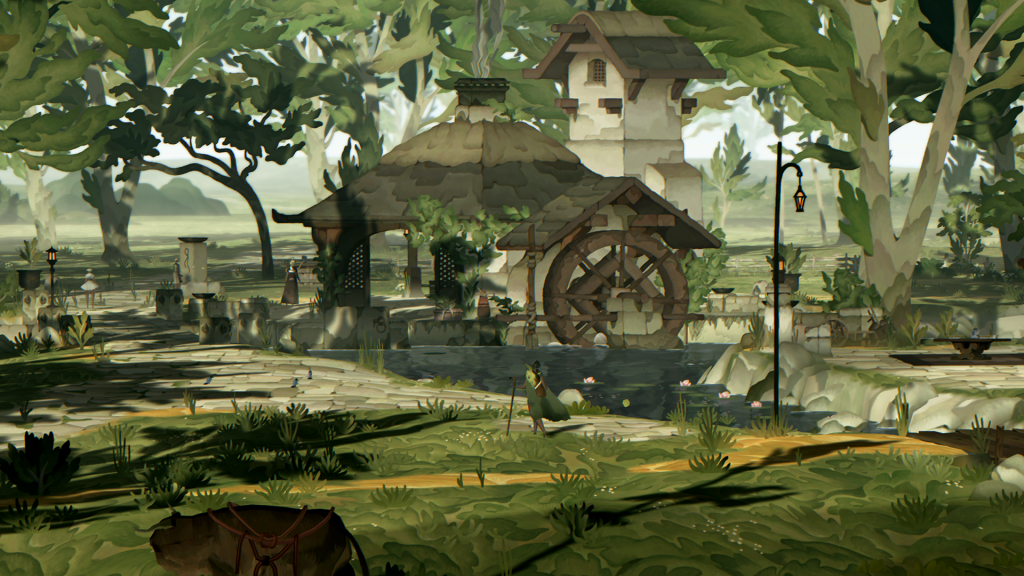 There’s a spectrum in certain genres with plenty of titles fitting fairly grounded on one of its ends — total linearity or full sandbox. Visual novels with only one or two endings fill the former, while games like Minecraft, Universe Sandbox, or Roblox offer a looser version of the latter. Games fill the spectrum, certainly, with Final Fantasy X more closely aligning itself with the linear end of the spectrum than Final Fantasy VI but neither offer the freedom that, say, Terraria does.

I guess that meandering intro is my way of trying to place exactly where Book of Travels would fit on this spectrum, and so far I’m thinking it’s closer to the middle than any sort of RPG I’ve come across. A successful Kickstarter project backed by 7,034 backers raising 2,516,656 SEK ($287,442.73 USD), boasts “a unique social roleplaying experience that doesn’t hold your hand.” Shedding the twists and turns of the traditional linear quests and plotlines in favor of players shaping their own journey, Book of Travels wants players to take their time traversing this peaceful, pastoral world with no overarching goals to urgently pull them away from living in the moment. 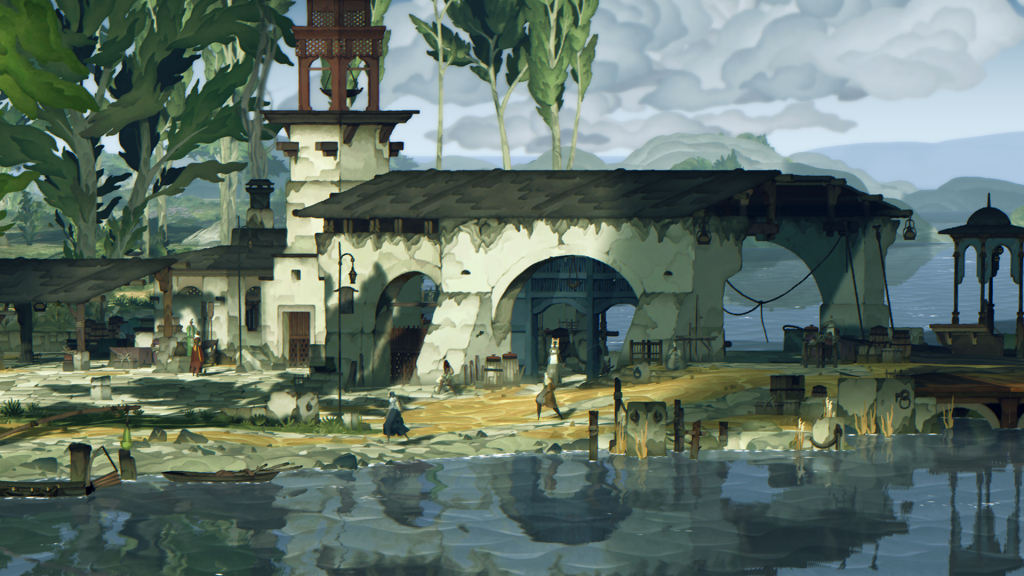 Let’s just start off talking about the aesthetics, because WOW. I feel like I’ve taken a deep draft of a special tea and have drifted away into a dream world. Book of Travels is by far one of the most beautiful games I’ve ever played, its world an enchantingly cozy comfort that invites players to melt into it. It’s a bit like playing a dynamic painting where the colors and lights dance while walking through towns, fields, and forests. The audio matches this wonderful dreamscape, a soothing, sleepy soundtrack coaxing players into a calm and placid state. I know I’m prone to hyperbole, but I want this on the record: Book of Travels is the most enchanting game I’ve ever played.

Book of Travels is best experienced when you know a bit of what you’re getting into. There are several components that Book of Travels adds to the RPG experience, the most interesting being that there’s no real beginning, ending, or goal. Book of Travels wants you to ease into the world of the Braided Shore Peninsula, preferring players to choose their own direction in their respective journeys. While most RPGs give experience to violent actions, Book of Travels rewards players for exploring every nook and cranny, learning about their surroundings yielding valuable experience. 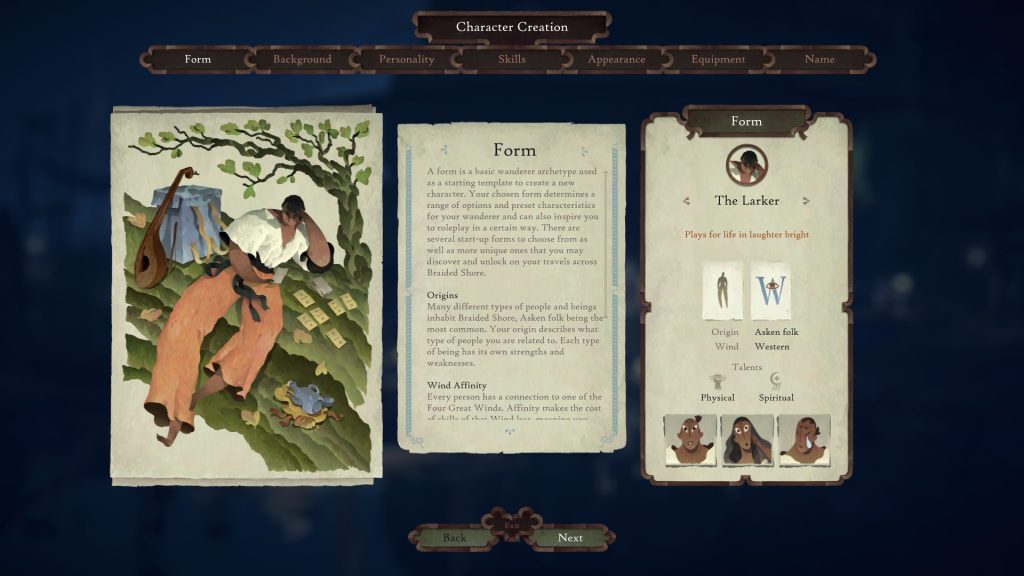 Additionally, although MMORPG can somewhat define Book of Travels, the dev team likes to describe it as a TMORPG, or “Tiny Multiplayer Online” RPG. What this means is that there are far fewer players on each server, dramatically reducing the chances of players running into each other; however, when players do run into each other, it’s a momentous occasion. The game imparts that you have the option to stumble upon each other and work together to overcome obstacles or simply say hi and part ways. Whichever way you want to explore the Braided Shore is up to you, but you don’t have to go it alone if you don’t want to.

Turning the otherwise glossed over moments in other games into impactful moments is par for the course in Book of Travels; for example, witnessing a death is deeply traumatic for your character, and they may not cope with it well until they visit that person’s burial ground. Encountering objects for the first time allows your character to use emotes to communicate about them with others, meaning you can’t reference things you don’t actually know about. It’s really a remarkable game that wants players to take the lead on their RPG journey, merely providing the world and loose prompts to allow them to uniquely craft their own experience. 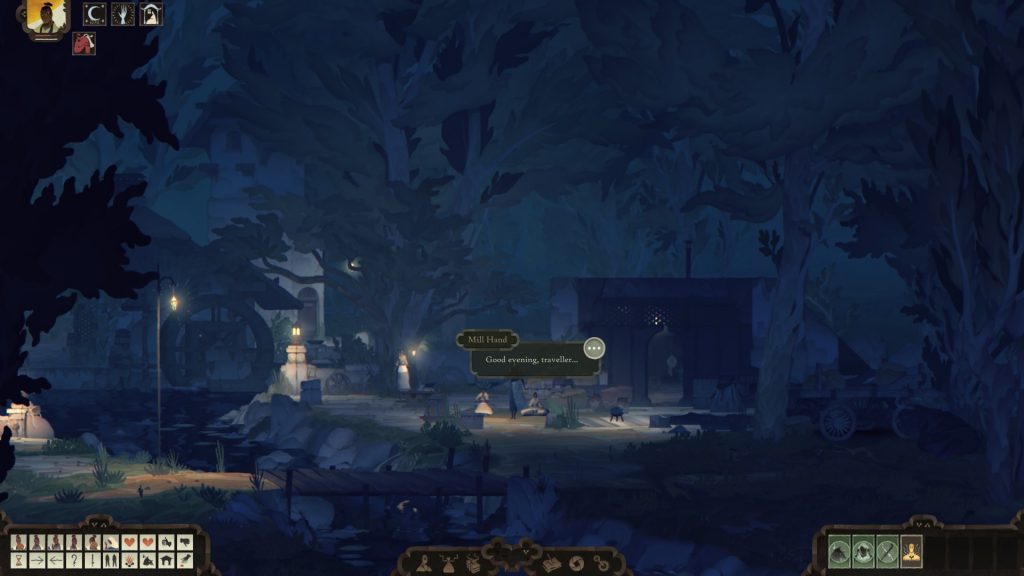 Which brings me back to the spectrum I mentioned earlier. I went into Book of Travels without knowing much about its background (I love to go into games blind), and I found myself really unsure about what I was supposed to do. Now, obviously that’s the point — you’re just supposed to melt into the world and take things at your own pace — but players who either don’t understand this or need structure may find themselves a bit frustrated. This is one fantastic game to dive into if you’re familiar with D&D mechanics or want to live inside a dreamscape.

If I can impart anything to potential players, it’s that I want you to really think about your playstyles and ask yourself if a game somewhat close to the middle of that aforementioned spectrum is going to be your cup of tea. If you love the freedom of sandbox games but want a world to know intimately or you love story games but want the ability to dictate your pace, Book of Travels finds that sweet middle spot while pleasing every sense. It will require a lot of patience to really get the most out of it, but life is a journey, not a destination — those who stop to smell the roses will reap the rewards of Book of Travels.

Be sure to check out Book of Travels on Steam Early Access today! 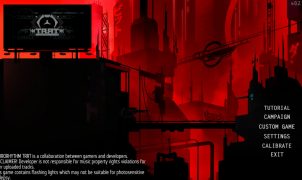