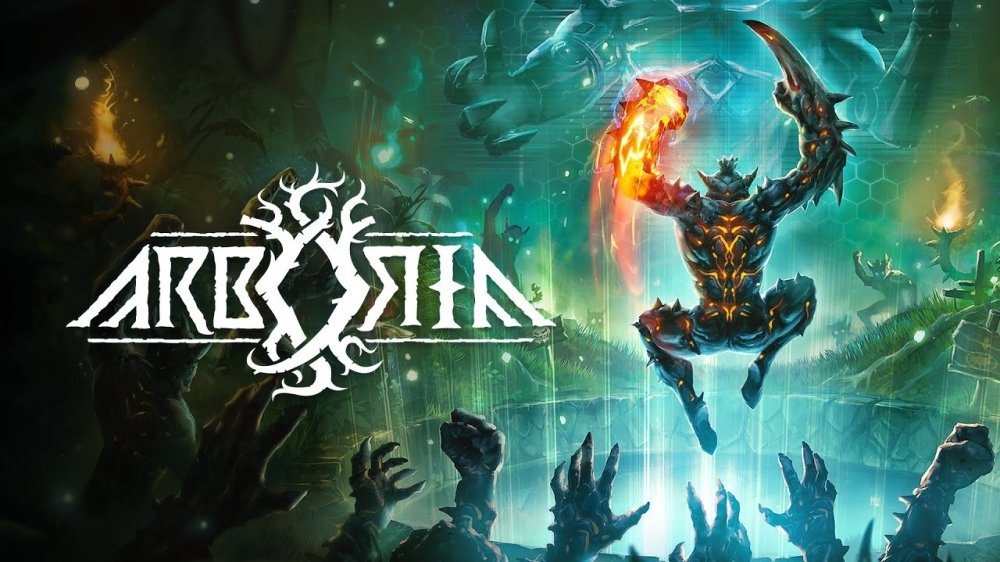 Inoffensive games have always been kind of hard for me to review—and, no, I’m not talking about games that say or do something that could be considered inappropriate (or fail to do in this case). Instead, I’m talking about those games that don’t really strike a chord with me in a way that’s either particularly positive or negative. You know, the ones where you shrug your shoulders and say “eh, s’fine” but don’t really elaborate much after being asked about them. I’m not telling you this for no reason, though, I promise. On the contrary, I (as you’ve probably already guessed) am telling you these things because they sum up how I feel about Arboria—the topic of this review—pretty darn well. 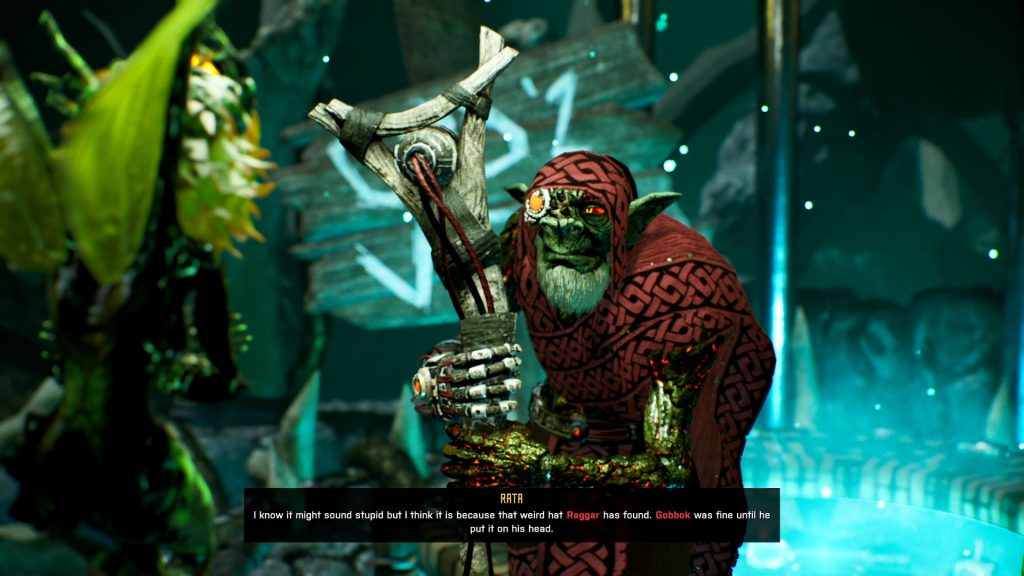 Stupid or not, I think you’re onto something!

Taking place on a planet with the same namesake as the game itself, Arboria tells the story of a group of plant-like people known as the “Trollz,” who, collectively, live together as the Yotunz Tribe. While the Trollz enjoyed prosperity thanks to blessings from their gods—or, as they’re also known, “da Godz”— and Father Tree—a giant, sentient tree and the source of all Trollz’ (Trollz’s?) life, things suddenly took a turn for the worse when Father Tree fell ill. Realizing that Father Tree’s illness was being caused by something hacking away at his roots, the Yotunz Chief, a freshly born Troll by the name of Gobbok, into Durnar—a dangerous, ever-changing, underground dungeon—to heal their creator. …Unfortunately, that new Troll went a little haywire and ran off on his own. The second one was fine, though—and, with that, the Trollz’ journey of healing was officially underway.

I’ll be honest—Arboria kind of threw me for a loop when it came to its storytelling. The game looks fairly serious, and its major premise—the fact that their only source of life is dying—isn’t anything that most people would deem “lighthearted.” Despite these serious overtones, however, Arboria is anything but. There’s a lot of low-brow humor, and parts of the game can literally be summed up as “dude, weed, lmao.” And, well, I can’t say that I’m terribly fond of it. Now, you might take me as some kind of weirdo that doesn’t like stupid humor, and while you might not believe me, I promise you that you’re wrong. But, over the years, I’ve learned that a surprising amount of finesse is needed to correctly implement humor like this—finesse which Arboria doesn’t have. Fortunately, it’s not enough to ruin the game or anything, and I’d imagine that a decent number of people are into this thing, but I could never really get over how shoehorned in a lot of this game’s humor felt. 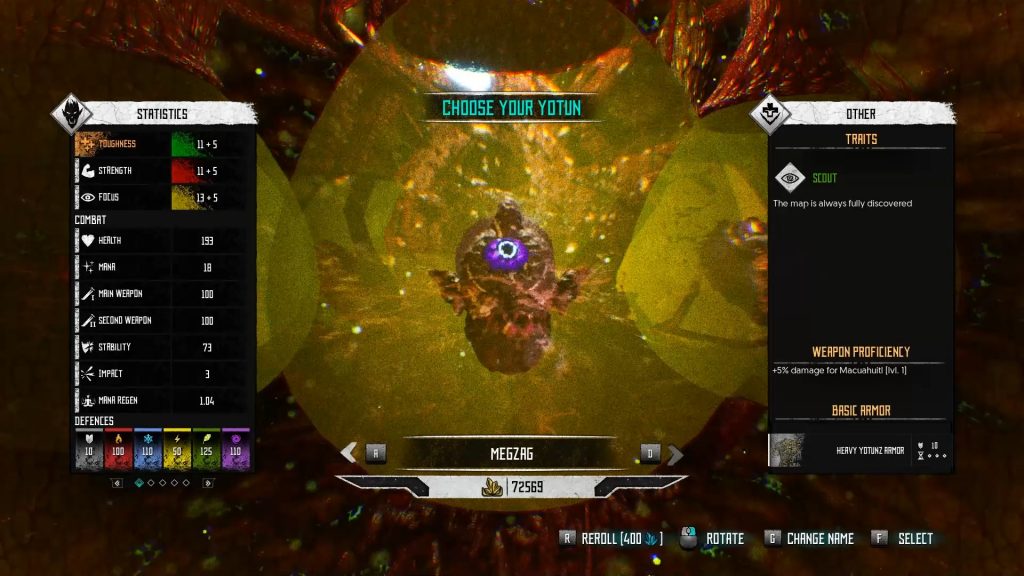 Arboria‘s narrative approach may not be the greatest, but things start to get better when taking a look at actual gameplay. The game itself is a 3D roguelike that has the player crawling through the depths of Durnar in order to heal the ailing Father Tree. And, seeing as how you play as a powerful, dim-witted Troll, you might be tempted to think that this game immediately jumps straight into the action—but you would be wrong! Surprisingly, there’s a decent amount of prep work involved before each run. In the beginning, this doesn’t consist of much more than selecting one of your randomly generated characters (all Trollz are not created equally, so be careful), downing a meal at the canteen for a temporary buff, and setting off. But things begin to pick up pace after just a few runs!

It doesn’t take long for Arboria‘s pre-run hub world to start developing, given that you’re willing to put in enough Verti (a source of energy and this game’s primary currency) and the amount of things that you’re eventually able to do is pretty impressive. Not only can the player upgrade basic things like starting stats and the number of “healing items” (they’re literally bongs), but there are also a ton of unlockable customization options for starting equipment. While actually crawling through Durnar isn’t the most intuitive thing, I have to give props to Arboria for allowing players so many options to play around with before their run even begins. 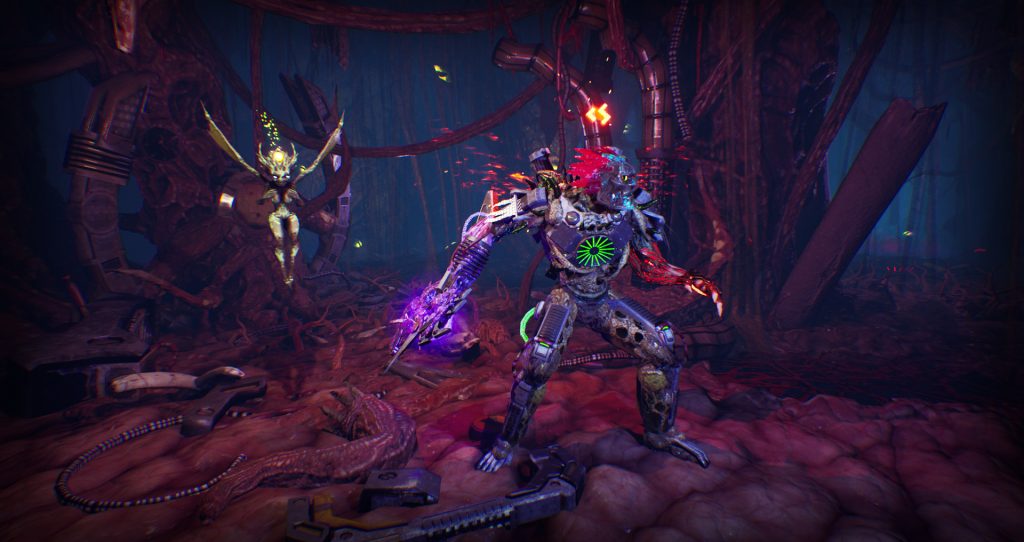 Wait… I thought you guys were made out of plants.

Aside from the fact that the game is 3D (which does actually make a difference), Arboria is your standard roguelite action game in most ways. The game itself consists of a plethora of procedurally generated floors that the player needs to do their best to get through (after all, there aren’t any guarantees in games like these!), featuring swarms of baddies, treasure, and more. Players are able to carry both a Symbiote and a Mutation with them (and can eventually carry multiple via upgrades), which essentially act as the game’s version of weapons and magic/skills. While the range of both Symbiotes and Mutations isn’t the most varied, players are able to affect how each work by using Essences to apply elemental affinities onto their weapons and armor, which not only change what they’re strong against, but, in some cases, can even change how equipment works.

When it comes to actually combatting the creepy crawlies that live in Arboria‘s dank underground dungeon, things feel relatively comfortable, although perhaps a bit plainly so. The game is essentially a hack-and-slash, with an emphasis on dodging—which you had better get good at because defending isn’t really a thing that exists. While fighting isn’t difficult to get the hang of, the lack of defensive options does make it pretty easy to get swarmed if you don’t plan things out—a fact which feels very counterproductive to the generally action-y nature of the game. 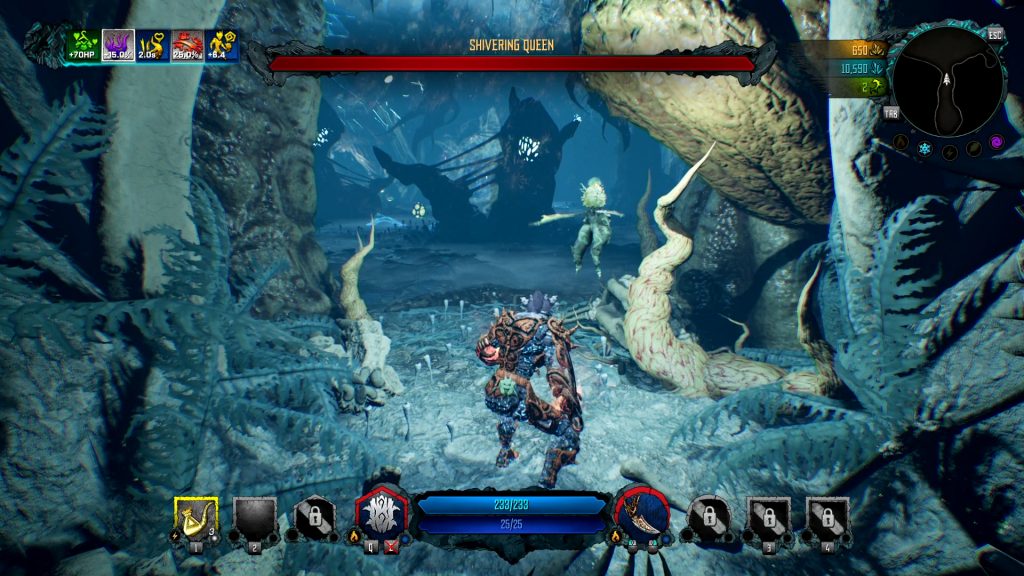 I don’t suppose that I could just, like, get you a blanket or something instead of fighting you, right?

Unfortunately, despite what unique mechanics it does boast, there’s nothing about Arboria that feels particularly memorable. The gameplay loop itself, while technically fine, gets kind of stale relatively quickly (and I say this as someone who generally likes this kind of thing), and, after a while, the game eventually turned into me forcing myself to go through another run just so I could upgrade my facilities. Sure, upgrading stuff is fun, but it shouldn’t ever feel like the main draw in a game like this. And the fact that it did isn’t great.

Arboria is what I’d like to call a “status quo” game—as in it fits in with the current “gaming climate” (or whatever you want to call it) very nicely, but fails to make any kind of a splash. You play games like these because they’re already made up of components with which you’re comfortable, and, as a result, end up cozying up to said new game with relative ease. It’s not a bad thing to like, or even create games like these (several of my personal favorites fall into this category as well!), but, without that special “drive” to go the extra distance, you’ve already gone as far as you can go before things have even gotten started with that. Simply put, Arboria‘s just fine—and that’s all there is to it.

All strings attached. Imagine you stand in front of a kitchen table. The only things on this table are three cute little mice. Aww. Hey there, little guys. You…