Just Imagine What Could Have Been… 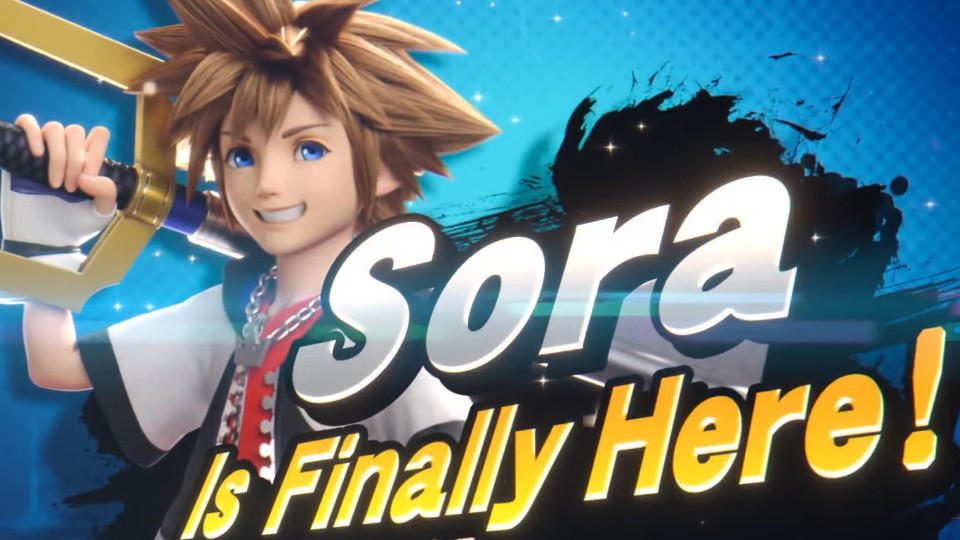 Yesterday there was a ton of wonder and amazement courtesy of the final Smash Bros. Ultimate DLC reveal of Sora from Kingdom Hearts. And while I hardly hate the spiky-haired hero’s inclusion in the game, the reveal didn’t hit me like it did most gamers. Primarily because I’ve never played any Kingdom Hearts games. Which got me thinking – what if I’m not the only Smash fan that felt that way? Which is the inspiration for this list. I spent some time brainstorming other characters that could have potentially made the cut in my “Top Six Potential Smash Fighters Better Than Sora” list. Join me on this speculative journey for what could have been! 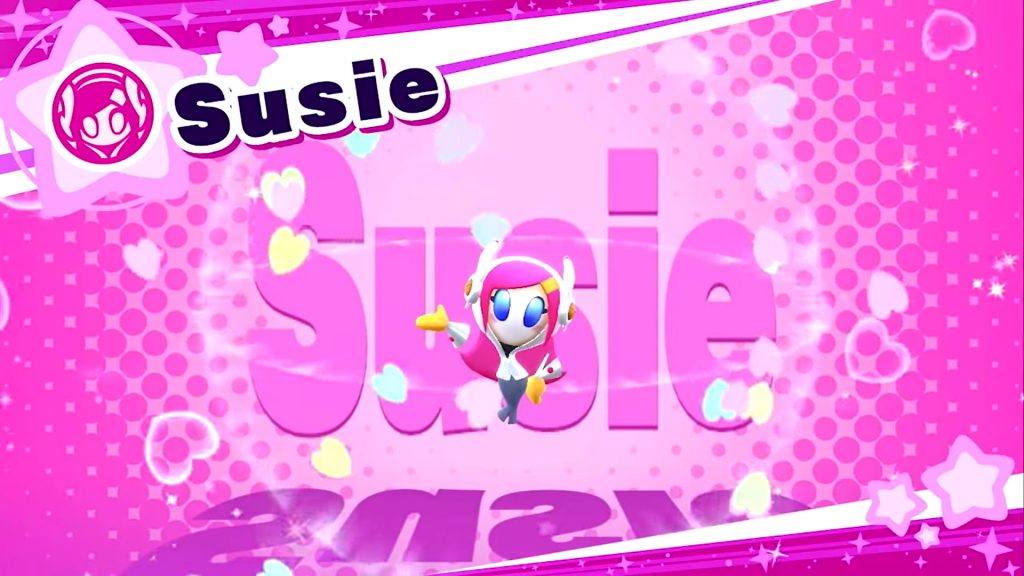 This first potential fighter makes a lot of sense for a few reasons. For one, the man creating all the fighters for Smash Ultimate is Masahiro Sakurai, who is also known for the Kirby games. And while it’s true there’s a handful of representatives from that beloved series, there’s one notable absence – women! And while you could certainly make the argument that Kirby himself might potentially be female or even genderless, that’s not exactly the same thing. Which brings us to Susie.

Kirby: Planet Robobot was one of the best Kirby games I’ve played in recent history. It was creative, challenging and had an interesting nemesis in the Haltmann Works Company. The best secretary and daughter to President Haltmann was none other than Susie. She fights you a couple times in her powerful mech, and uses all sorts of gadgets to ruin Kirby’s day. Better yet, she already has a full moveset from her inclusion in Kirby Star Allies. In Smash Ultimate, her neutral B could easily involve her blaster; her propeller could provide not only a side B charge move, but a recovery special as well; as for her down B, that would have to involve her drilling downwards in her mech suit. As for a Final Smash, that would be all about Susie punishing her opponent with all sorts of heavy metal contraptions. 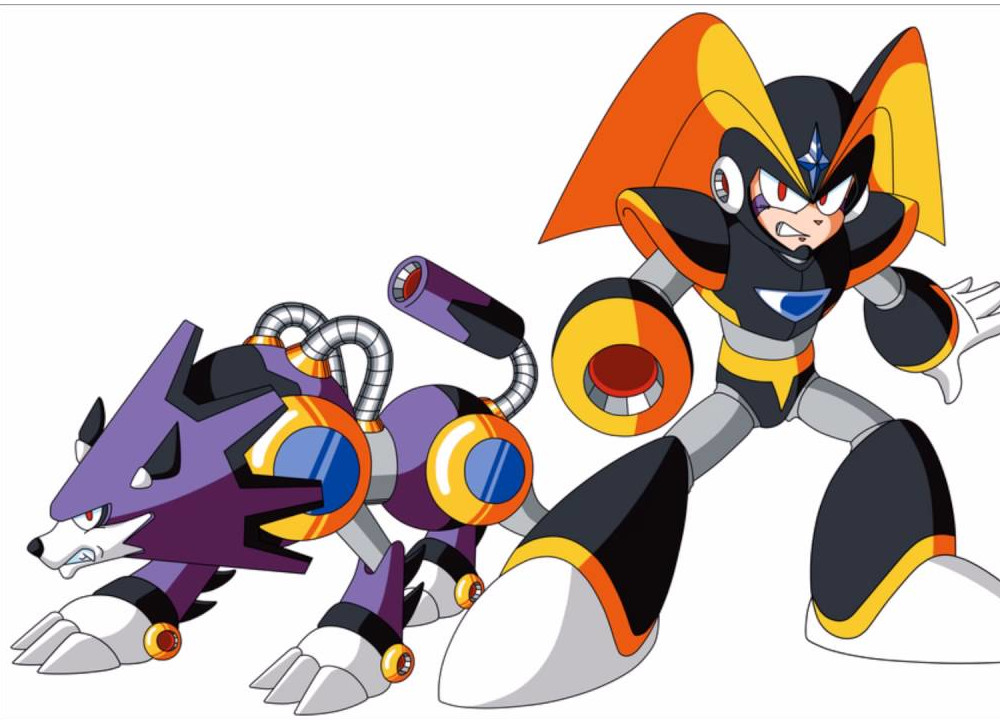 As a longtime fan of the Mega Man series, I find it inexcusable that this storied series only has one playable representative in Ultimate. And while I understand they can’t include every Robot Master as a playable fighter, there’s one that should have made the cut. He’s the Yang to Mega Man’s Yin, a twisted mirror image created by Dr. Wily. That robot is none other than Bass. But it’s not enough to just have Bass himself as a fighter, since he’s always aided by his fierce hound, Treble. So I imagined them teaming up as one playable character, not unlike Ice Climbers or Duck Hunt.

Naturally, the neutral B would have to involve Bass’ buster cannon. Like in Mega Man & Bass, he could fire it in 8 directions. Perhaps by charging it, Treble would add his own energy, supercharging the attack at the expense of being vulnerable longer; for side B, I can see Bass jumping on Treble’s back as the hound lunges forward, mauling any foes he connects with; up B would involve Bass’ jetpack, and maybe it would let him fly freely for a short period of time; down B is a bit trickier, but since Smash Ultimate has so many counters, I could see Treble stopping projectiles in their tracks and flicking them back at foes with his tail. For a Final Smash, it would have to take a page from Mega Man 8, with Bass and Treble fusing into a super robot, flying all about firing supercharged shots for a limited period of time. They certainly would have been a worthy inclusion for such a long running series. 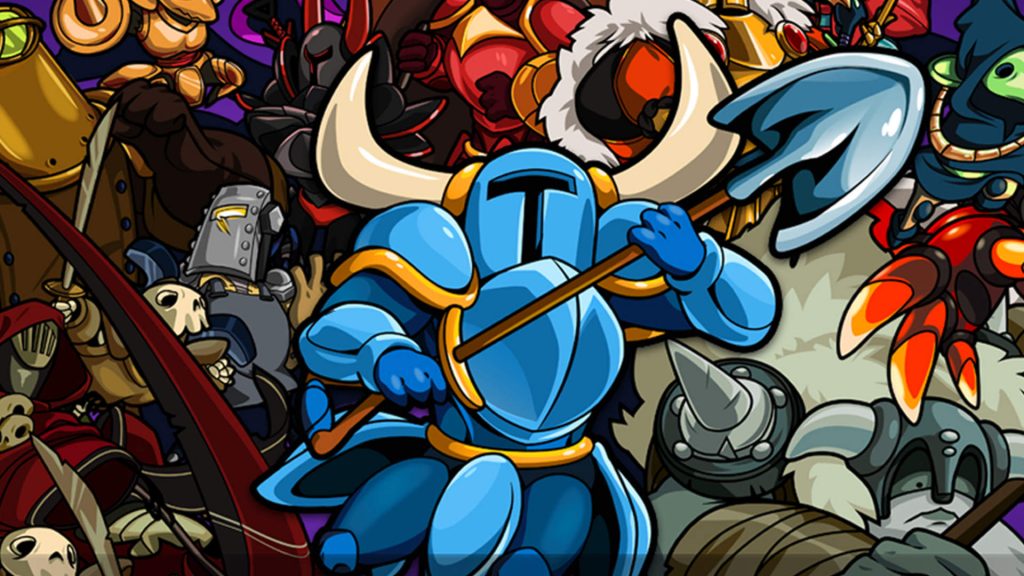 Now there’s been a lot of justifiable complaints about the number of sword wielding Fire Emblem representatives in Smash Ultimate. So what better way to mix things up than a knight armed with a shovel? Admittedly this is a harder sell, since it’s a 3rd party and not owned by Nintendo. But given the meteoric success of this indie franchise, I think there’s an argument for a character like this. Especially since Shovel Knight has so many tools at his disposal.

While I think it would make the most sense for Shovel Knight to wield his mighty shovelblade with his standard A moves, his special moves would integrate relics borrowed from the Order of No Quarter. His neutral B would have Shovel Knight blow a mighty gust with his War Horn, stunning nearby foes and inflicting a small amount of damage; his side B would have Shovel Knight fly through the air pointy end first with his Propeller Dagger; down B would have him hop on the Mobile Gear, letting him zip forward and even climb walls; and for his recovery, he would use his handy fishing rod to cling to edges and safely return. For his Final Smash, I could see the Order of No Quarter making a cameo, and doing all sorts of naughty things to Shovel Knight’s foes. Or better yet, maybe him and Shield Knight could join up in an epic tag team. Either way, this is a character that deserved more than just being a mere Assist Trophy…

Now it’s time for something weird. As silly as it sounds, fans have been clamoring for playable Tetris Blocks in Smash for a while now. And crazy as that is, it’s not like there’s not other representatives that make my head hurt. Hell, the same fighting game has Steve from Minecraft, Piranha Plant and Mr. Game & Watch. So don’t tell us it’s not possible.

The tricky part is this – how would Tetris Blocks fight? The only conceivable way I see them making sense is if you could switch between blocks on the fly. Perhaps neutral B would swap your current block for another. Each block would share the same damage meter, but would have different attributes, like Olimar’s Pikmin. Some might deal more damage, others might tank damage, and more besides. Down B would of course slam your current block downwards, inflicting more damage from higher elevations; side B would flip your block’s orientation, allowing your attacks to hit unsuspecting foes; and for the recovery, you’d spawn a series of blocks above your head, with the top one able to grab onto ledges. As for the Final Smash, it would involve foes running back and forth as Tetris Blocks descend at your command, and filling an entire line with blocks would guarantee a KO. 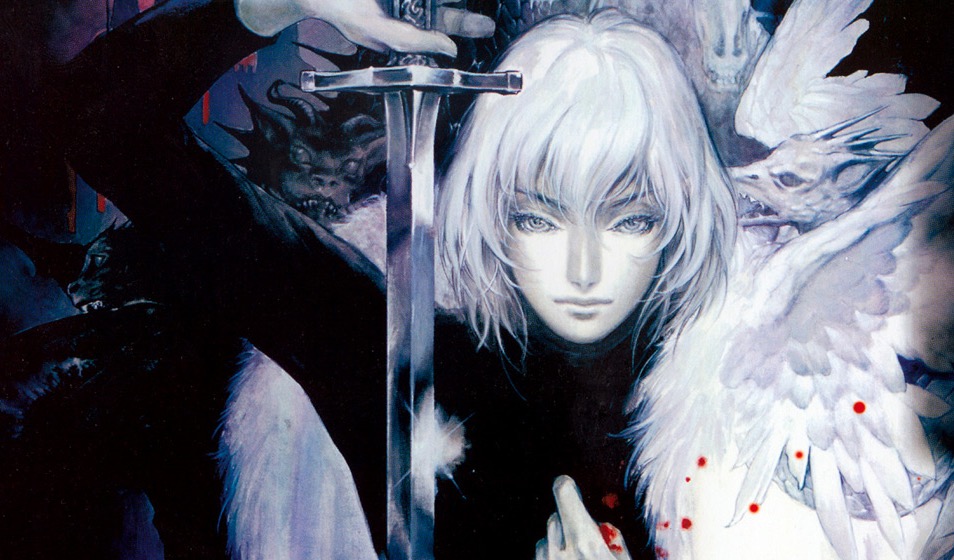 When I was looking at underrepresented series in Smash Bros. Ultimate, at first I really wanted to include Dracula on this list. After all, it’s criminal we have two Belmonts but nothing for them to battle against. But then I realized Dracula was too powerful and all encompassing to make a playable fighter. So why not a hero that’s Dracula-adjacent?

Given Soma’s Power of Dominance, the ability to absorb and utilize the skills of monsters, he could have a gigantic moveset. And while it’s feasible for many of those to be included in his standard attacks, his specials would have to be something noteworthy. So I spent far too long looking at his list of powers before narrowing it down to the following. And to be fair, I included a couple boss souls from Aria and a couple from Dawn. His neutral B would summon Death’s own sickles to harry foes; down B would have Balore appear to do a massive uppercut; his recovery would involve Soma turning into a swarm of Bat Company; and side B would have Soma use the power of Legion to fire a fusillade of lasers. As for his Final Smash, it would involve Soma absorbing all the Souls at his command and turning into Chaos itself, spinning about madly as it attacked all affected by the Final Smash. 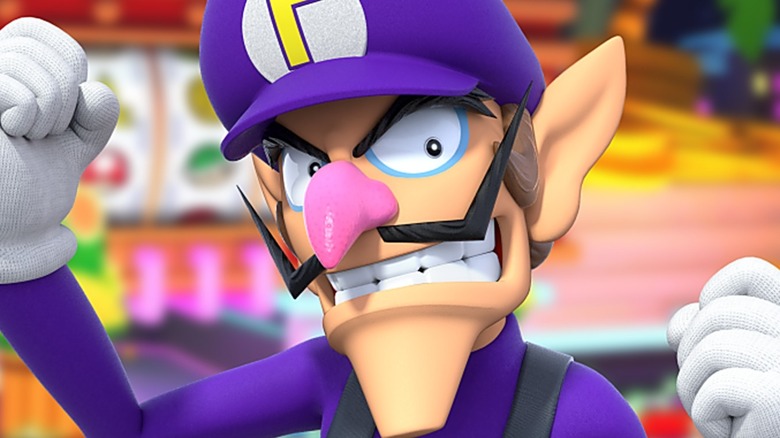 To be honest, there was a small part of me that thought maybe Waluigi was going to get revealed yesterday. Sure, Sakurai has said he doesn’t like the character, but he also doesn’t like Ridley, and we can all see how that turned out. And honestly, it just feels odd to include playable Wario in all his weird glory, but not his freaky, skinnier buddy.

Though Waluigi has only showed up in a handful of random Mario games, we can distill those experiences to provide a capable moveset. He could use neutral B to whack foes with his trusty tennis racket; side B would be his strange water dash from Mario Hoops 3-on-3; down B would have him swing his golf club, sending the ball flying as a projectile and doing melee damage to foes nearby; and for his recovery, Waluigi would use explosives to burst upwards, taken directly from his appearance in Mario Party 3. As for his Final Smash, it would have to revolve around his immense sense of self-pity. I can imagine a stage light coming on screen, him screeching “I’m the best!”, and then dancing back and forth as roses fly in from the audience, damaging his foes. Sure, it’s weird, but this sort of character demands a weird touch.

And there you all have it, my Top Six Potential Smash Fighters Better Than Sora. I hope you all found this list enjoyable, and maybe some even agree with my nominees. It was hard to narrow it down this much, but I tried to cover multiple bases. Thanks for reading, and be sure to tune into HPP for the next absurd list I devise!

Pleasant dreams As a gamer, I often believe I am spoiled for choice. Hundreds of games flood the market each and every year, so many different titles, so many…