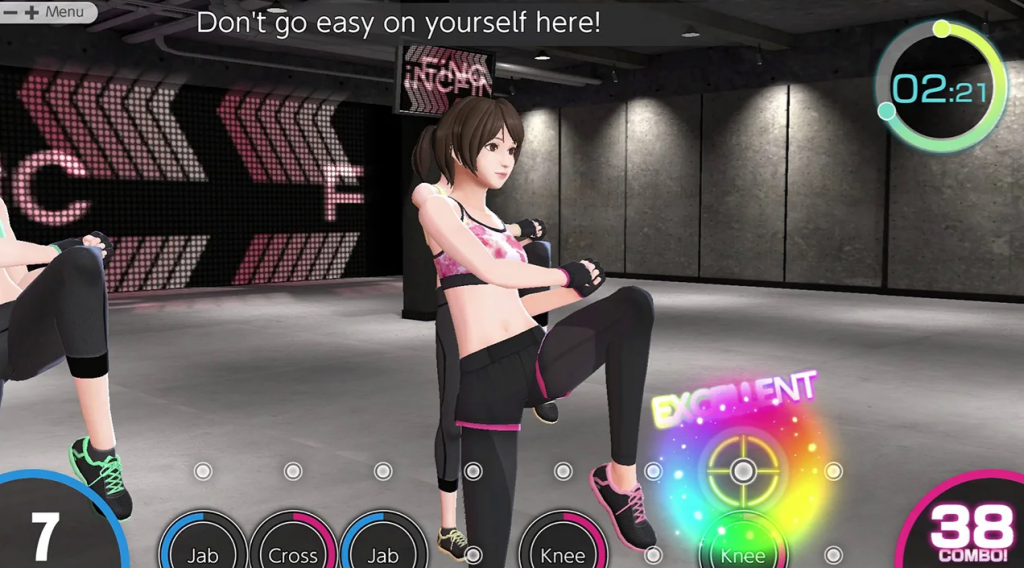 I feel like I’ve tried dozens of fitness/weight loss programs in the few decades I’ve been on this green Earth, and only a handful of them have ever really resonated with me. The most effective was absolutely personal training, but I know that’s not always an option for people due to how cost prohibitive it can be. Where I saw results fastest? P90X. I still have that muscle definition I gained from just an hour a day with the videos. The most intuitive? DDR — now before you roll your eyes about it being a game or mostly cardio or whatever, the fact is, I’ve never really enjoyed moving — like, at all — and DDR was the first exercise activity to make it hard for me to quit. Over the pandemic I’ve been threatening to fish the DDR pads out of storage, but in the midst of the petitpocalypse, I don’t super have the motivation to jump around much.

Enter Knockout Home Fitness, which is something of a combination of those three programs. Developed by Pocket and published by Marvelous (XSeed), Knockout Home Fitness promises to “kick your workout up a notch” by providing players with full-body martial arts-inspired workouts. Offering 15 minute workouts with four different virtual coaches in three different gyms, players can get their daily dose of cardio in-between gaming sessions without leaving the comfort of their own homes. Complete with a calendar and kcal tracker to monitor just how much players have burned over the course of their fitness journey, Knockout Home Fitness is a great one-two punch to jumpstart a more active lifestyle. 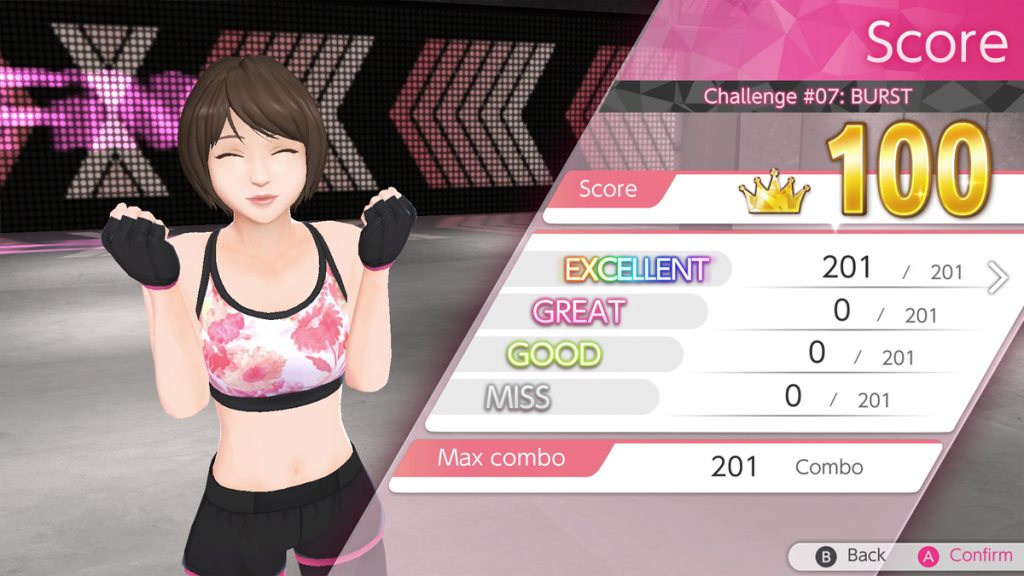 I’d like to start off this review by stating for the record that not only did I take personal training for four years, I have lived with a yoga instructor for the past 10 years. I say this because Knockout Home Fitness, like any other exercise game, can only do so much for players in terms of form. This is not the fault of any one particular game, the technology just isn’t there to be able to adequately monitor a person’s form while exercising. If you have a good foundation in form and what you’re supposed to be feeling while playing Knockout Home Fitness instead of just going through whatever motions to get the Joy-Cons to register your movement, you’re going to get more out of this game. Also worth considering any physical limitations that may prevent you from playing fitness games, like a previous injury. Just throwing that out there.

Anyway, Knockout Home Fitness starts players off by getting them warmed up to both programs — the game and the fitness regimen. The game will ask you for your height and weight so it can adequately calculate how many kcals you’re burning; if you’re sharing your Switch with others, you can protect this information using a passcode, which I found to be a nice privacy touch. After that, one of the four coaches, Satsuki, will explain the basics: one 15 minute personal training session a day is all you’re allowed to take on, but for those wanting to sweat a bit more are welcome to continue with 2 – 5 minute one-off challenges. 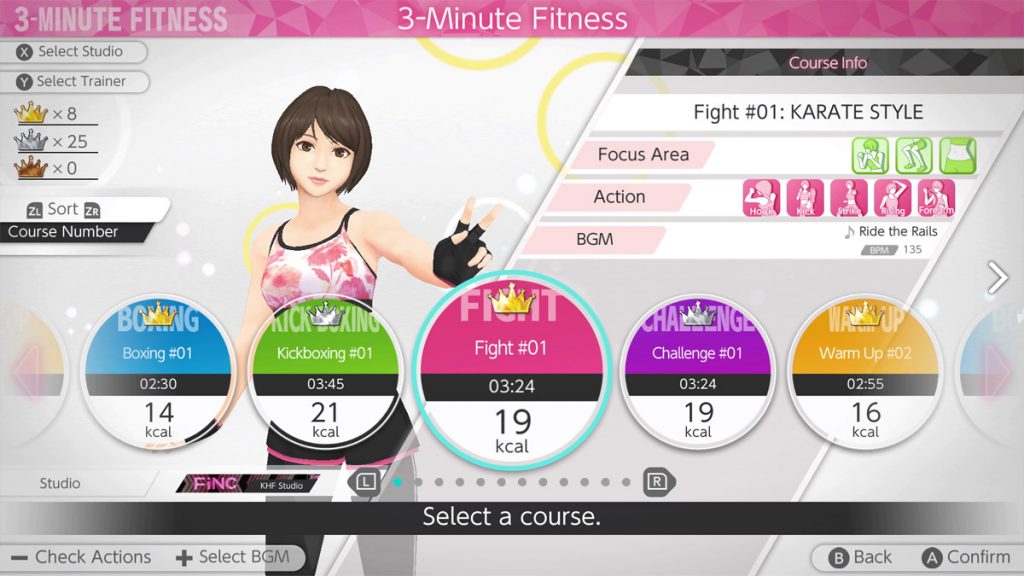 The available actions in Knockout Home Fitness are based off real martial arts moves, complete with three separate stances — but first, stretching! Although this is a setting that can be toggled on or off, everyone knows a great workout begins with some stretches. The coach of your choice will walk you through five different stretches that will loosen up the limbs in preparation for some kickassery. After that, said kickassery begins — a 15 minute workout comprised of smaller courses mixed together, selected based off your previous participation in the program and desired focus areas. By mirroring the coaches’ moves, players will run through what kind of feels like a gameified Tae Bo for 15 or so minutes, really working those focus areas and feeling the burn of an “in the zone” training session.

When it comes to the gameplay, Knockout Home Fitness is a lot like any other rhythm game. The action area features 8 dots, and specific moves will fall on those dots to the rhythm. The moves are in the shape of circles, with a blue-filled left side indicating the moves is on the left and the pink-filled right side means use your right side to complete the action. The circle is filled in with the words of what the action is, like “jab” for a jab, “upper” for an uppercut, and “hook” for a hook. Additionally, the coach will call out which moves are coming next, so there are two ways to prepare for each action before it actually rolls across the screen. 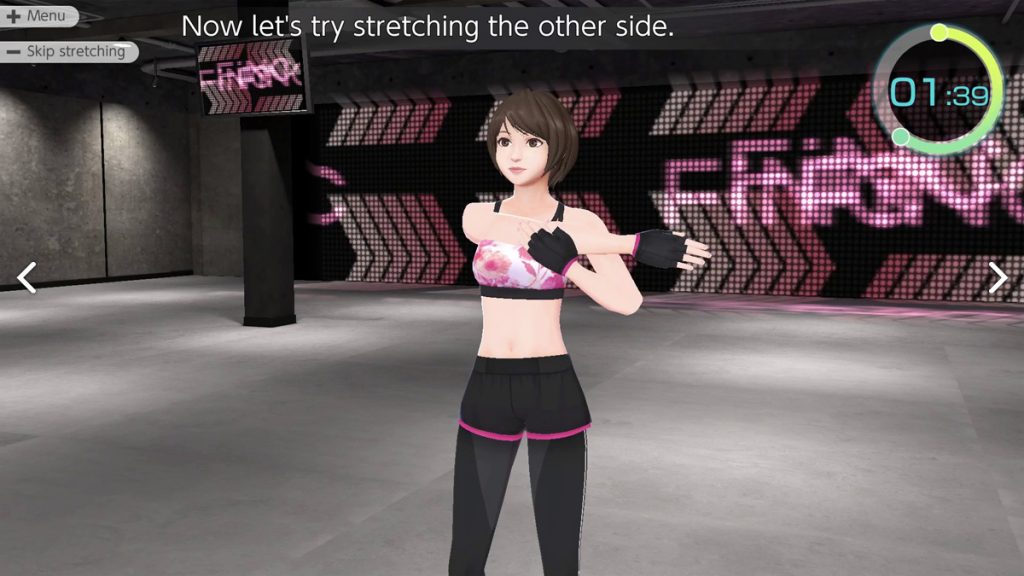 Coming from DDR, I really miss the subtlety of how color indicated the arrows falling on beat, half-beat, backbeat, etc., but I feel like Knockout Home Fitness did a decent job with its action area to really clearly indicate where moves fall on beat. Unfortunately, reading the moves beforehand takes time to translate to the brain, especially if you’re unfamiliar with martial arts as a whole. While perfect practice makes perfect, this can make players feel a little off center at first; luckily, Satsuki is a very positive, “let’s do our best!” type coach who focuses on what you did well, so as long as you’re putting in some movement, you never really feel like you’re doing poorly.

That does bring me to a few sticking points about Knockout Home Fitness — there is a certain underlying expectation that players understand what good form looks like. While the coaches do teach stances in a very succinct fashion and throw out constant reminders about keeping shoulders down and aiming for the chin, there’s really only a perfunctory explanation of how you should look while kicking and punching. From previous experience with personal training and aforementioned yoga instructor family member, if your stance is a smidge too wide or your toe is pointing an inch too far in the wrong direction, you might feel it in your muscle as much, or worse — hurt yourself. I really wish there was a section instructing players how to get into good form, what that even looks like, and driving home how important that truly is as part of the fitness journey. 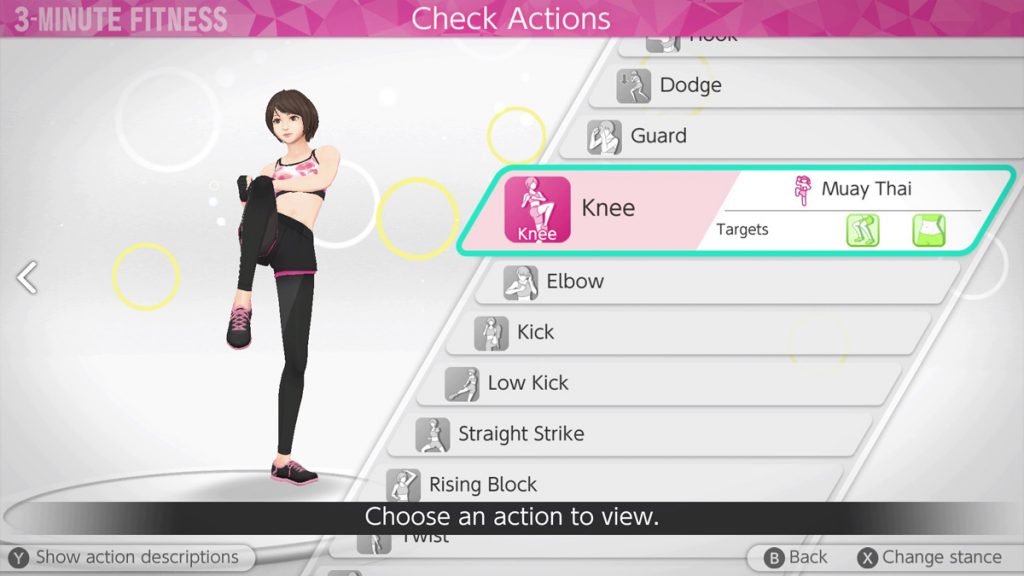 Additionally, I don’t love that Knockout Home Fitness skimps on the stretches, both in that they’re skippable and that there’s only five of them total. After doing some sessions with heavy rising block and uppercut moves, I found my triceps and shoulder muscles hurt in the not-so-great way. To be fair, a lot of fitness games don’t even bother with stretching at all, but considering the explosive nature of martial arts-based exercise, I feel like it should have been prioritized. I think a future update specifically focusing on stretching and form would be extremely beneficial to the player, as they’ll not only get more out of the game, they’ll be less likely to injure themselves while playing.

Despite those hiccups, I have to say that Knockout Home Fitness made it extremely easy to get that bare minimum cardio session in at a time when I’m not feeling super motivated to do anything. Sure, you don’t want to miss your 15 minute daily workout so you login to do it, but while you’re there it’s easy to feel like you want to do more, so extending that session by 3 – 15 more minutes becomes just part of the day. I definitely think this is a great fitness game to jump into if you don’t have any conditions or prior injuries preventing you from playing, the caveat being that some quick googling on form will make this game go a lot farther than just jumping into it blindly.

The true yardstick by which an exercise game should be measured is whether or not it was effective in getting players off the couch and into physical activity; I think it’s safe to say that Knockout Home Fitness clears the mark. Its short but intense sessions are appealing to those who, like me, struggle to commit to cardio; after only 15 minutes each day, you really do feel like you’ve gotten in a good workout. While I do wish it better instructed players on form and stretching, its rhythm-based mechanics make martial arts-based exercise fun and, dare I say, addicting. If you’re ready to jumpstart your fitness journey but don’t know where to begin, Knockout Home Fitness will absolutely get you going on the right track.

Editor’s note: This review is based on a retail copy of Knockout Home Fitness provided by the publisher. 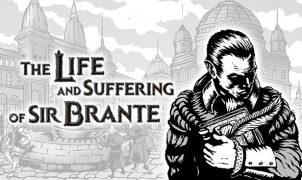