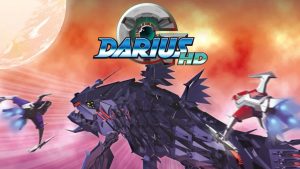 I’ve always had a soft spot for the Darius series. While I found the recent Dariusburst: Another Chronicle EX+ a bit underwhelming, I’m glad to say G-Darius HD is far more up my alley. This update of a fantastic late 90s shooter provides a fresh coat of paint on what was already an excellent title. While the developers could have perhaps done a bit more to update it, this is still a game well worth the time of genre fans.

Just like in the original release, G-Darius is still an action-packed shooter. You’ll rock your way through five levels, from a selection of fifteen possibilities. The difficulty ramps up in a major way when you get further into the game, but there’s a lot of variety here to keep you playing. 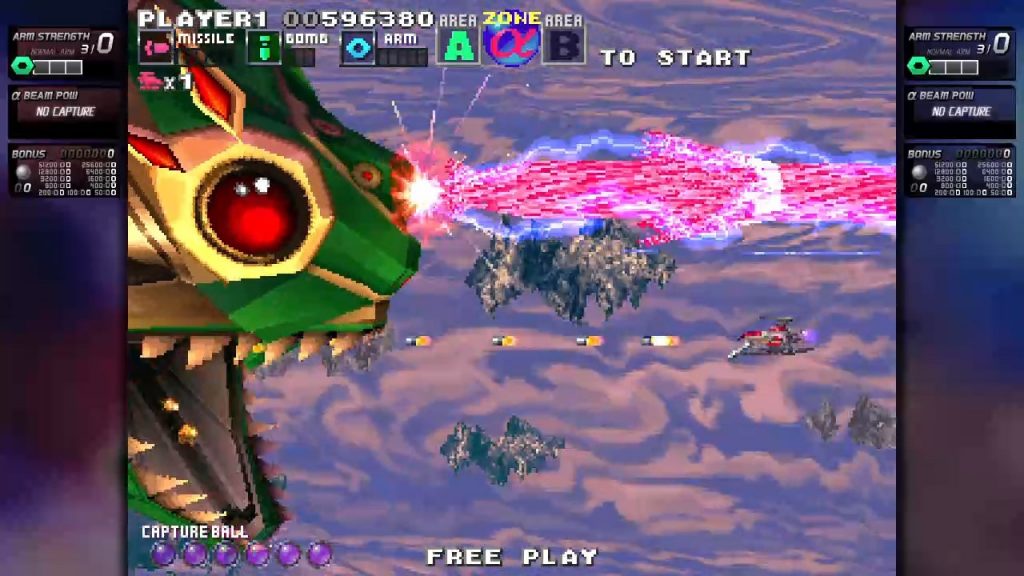 Your ship, the Silver Hawk, is fast and agile with excellent controls. You’ll fly through mostly horizontal levels, taking out a ton of mechanical fish and eventually ending up against some fearsome bosses. Colored ships you’ll face along the way drop upgrades, letting you power your weapon up until it’s truly ferocious.

That’s good, because your enemies quickly grow ferocious as well. Foes flood the screen, leaving you very tight holes to rush through. Sub bosses and bosses, in particular, can take a ton of damage to defeat, particularly if your weapons reset. This is one of those shooters where despite having a lot of lives, one death can feel like a game over because your weapons will reset. Building them again can feel nearly impossible in the game’s later stages. This is one of those shooters that all of us who aren’t incredibly hardcore will be glad offers unlimited continues. After some practice, it definitely feels good to be able to use them less and make long runs without dying, but it’s also nice that everyone who wants to can see everything G-Darius has to offer. 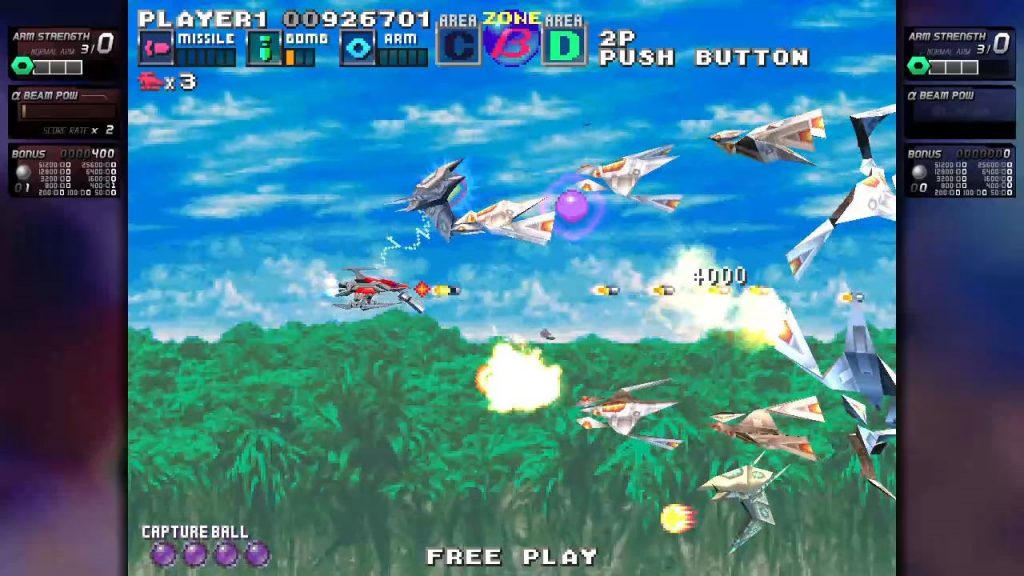 You won’t have to fight entirely alone. The Silver Hawk offers a unique feature called a capture ball which allows you to capture enemies. Some of them need to be weakened before you can grab them but using your foes against their friends is incredibly important. Some will provide a shield, while others provide additional attacks, even at times fighting alongside you. The more powerful the enemy, the more you’ll want to pull them to your side. You can also detonate your captured enemy for a huge attack. This isn’t ideal as you then will no longer have the option to use their abilities, but it can be a great way to get out of a tight situation.

If I have one major complaint about the gameplay in G-Darius, it comes from the bosses. Some of them are highly memorable and among the best in the series. I really wish, however, that they showed more impact when you damage them. More obvious flashing, a life bar, actual damage showing on their model, this could work many different ways. Especially if you die once, though, some of these guys take forever to take down. Some indication that I’m making progress would feel nice. 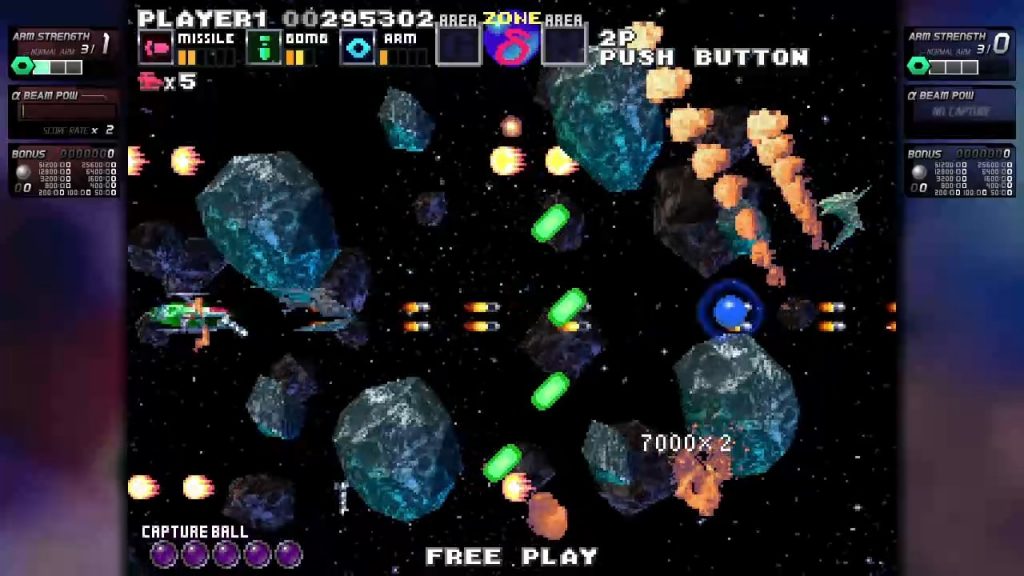 Upon completing each level, you’ll be given two different choices about where to go next. These choices branch out, providing more choices each time. You’ll need at least five passes through the game to see them all, and there’s a huge variety of possible combinations.

Even that doesn’t fully capture the variety on offer here as many individual levels have multiple paths. At the mid-way point, you might be able to take to the sky, for example, or dive under the sea. The screen will temporarily split, with you needing to get into the half you’re choosing to continue in. It’s a great mechanic and one that keeps multiple runs fresh.

G-Darius offers perhaps my favorite soundtrack in its series. These rocking tunes perfectly set the mood for the game’s action. It also looks excellent, with a new HD remaster, which brings the visuals a bit more up to date. If you want to play using the original graphics, though, that’s an option as well. The remaster makes everything a bit smooth and flat, but it looks nice. The original look perhaps has a bit more personality, but which you’ll prefer is mostly down to taste.

Mostly The Same Game You Remember 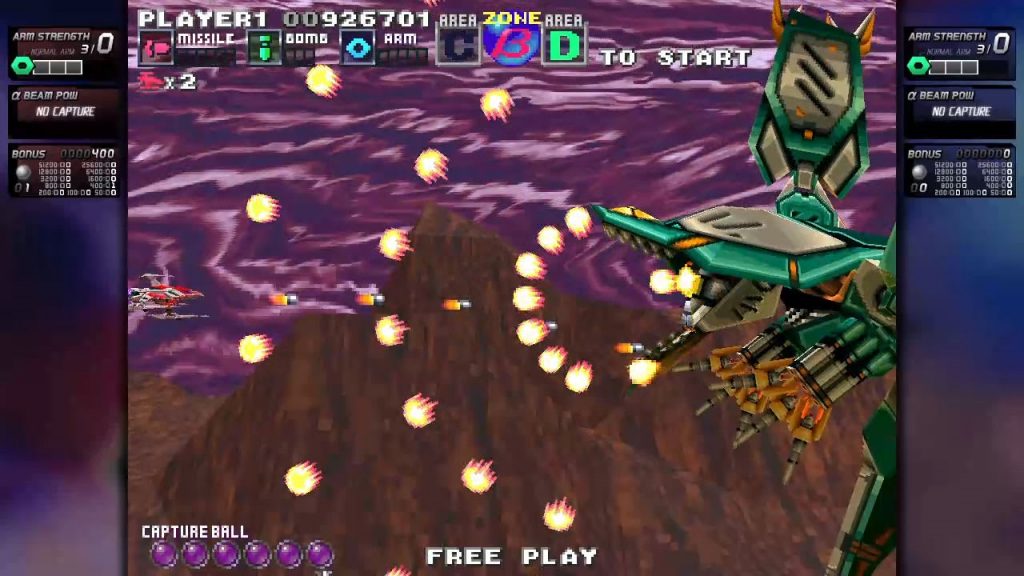 Outside of that graphical sheen, this is mostly the same G-Darius we played more than twenty years ago, for better or worse. There’s still some slowdown, but in the same way, the game has always had it. Removing that would change how the game plays, it’s often helpful in navigating some of the difficult stretches late in the game. All of the emulation options we’d expect from a game by M2 are here. Quick save, quick load, the option to customize lives, continues, difficulty. Controls can be fully remapped as well. A glossary of all enemies you can capture and online leaderboards are also present. Nothing big, but nice additions.

The only other thing I’d caution fans on is the price of this one. I don’t rate pricing, but quality, and G-Darius HD is an excellent game. Nonetheless, asking $29.99 for a minor update of a game that’s over twenty years old feels like a lot. Whether that’s an issue will depend largely on the player, and their experience with the game, but this is a game worth playing. Some players may just choose to hold off for a sale.

G-Darius HD is a classic shmup, and it arrives on Nintendo Switch in excellent form. While the updates are minimal, it feels true to perhaps the best game in the Darius series. If you’re looking for more than that, you won’t find it here, but fans who know what they’re buying will find a game that holds up, even after all these years.

Full disclosure: A G-Darius HD review copy was provided by the publisher. 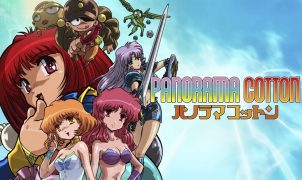 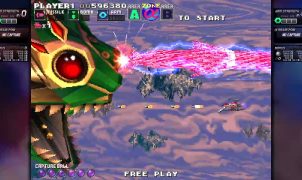 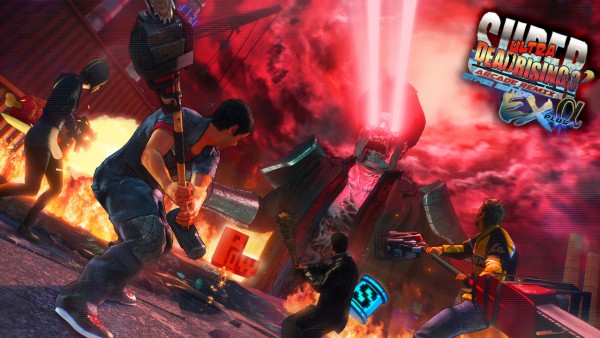 What’s In A Name?   It’s no secret that up to this point Dead Rising 3‘s DLC has failed to impress. Thankfully, Capcom’s latest surprise update to the Xbox…