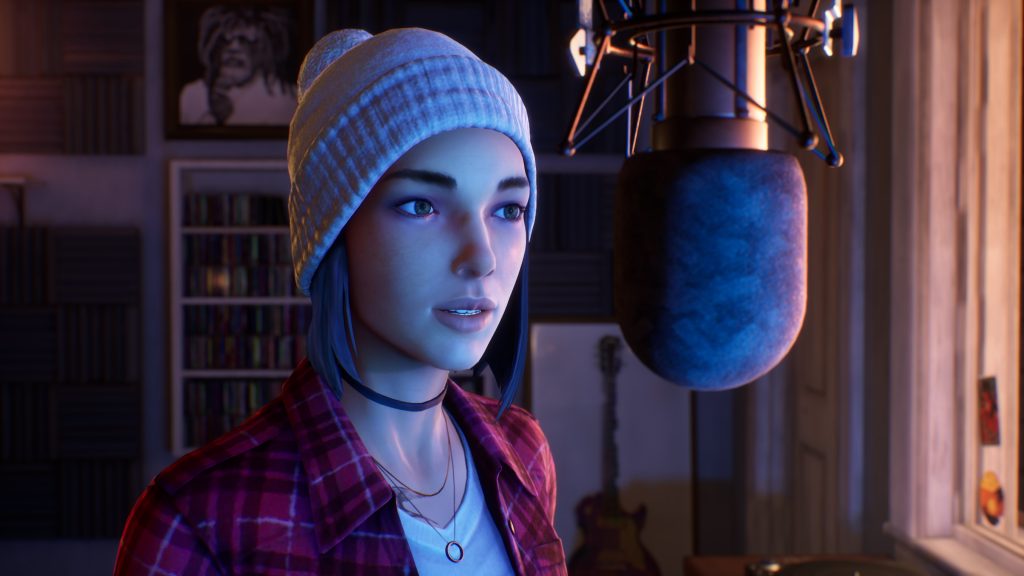 After loving Life is Strange: True Colors last month, I was eager for a chance to return to the town of Haven Springs. I’ve rarely fallen so hard for a video game setting, and I missed its streets and its characters. The new Wavelengths DLC only gives me part of what I was looking for, but despite not being exactly what I wanted, it’s still well worth your time if you’re a fan of the game.

Wavelengths puts you in the shoes of Steph Gingrich, the dungeon master DJ who fans fell in love with in both Life is Strange: Before the Storm and True Colors. Wavelengths takes place before the events of True Colors, exploring the year prior to its start and providing a lot more detail on how Steph found herself in Haven Springs. These events were touched on briefly in True Colors itself, but this three to four-hour expansion provides a lot more detail.

Back In Haven Springs. Sort Of. 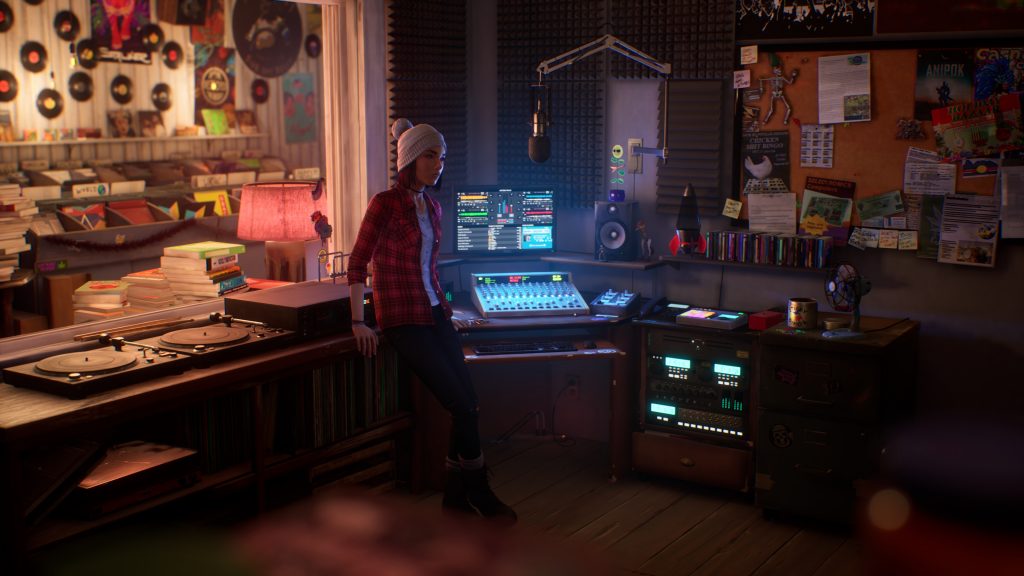 If you’re hoping as I was to get all cozy with Haven Springs and its cast once more, this isn’t quite what you’re looking for. Wavelengths takes place entirely within the walls of Rocky Mountain Record Traders, the record store-meets-radio station where Steph works. If you’re thinking that’s a pretty small space to explore for hours on end, you’re not wrong, though a previously closed-off back room provides a bit more breathing room. You’ll also spend a lot of time right in the radio booth, a space you only saw through glass in the main game. Still, this is a narrow experience.

That isn’t necessarily a negative, though. Wavelengths takes place over four distinct seasons. During each, you’ll have a lot of the same goals and options, but each definitely has a unique twist. For example, summer has Steph reflecting on Pride and having largely missed this year’s events due to being stuck at work. Fall finds her reflecting on the events of prior Life is Strange titles in a way that the series should further explore. You’ll be asked at the start of Wavelengths if you played the original Life is Strange, and if you did, you’ll be asked what your final choice was. If you haven’t played it, you’ll be randomly assigned an outcome. 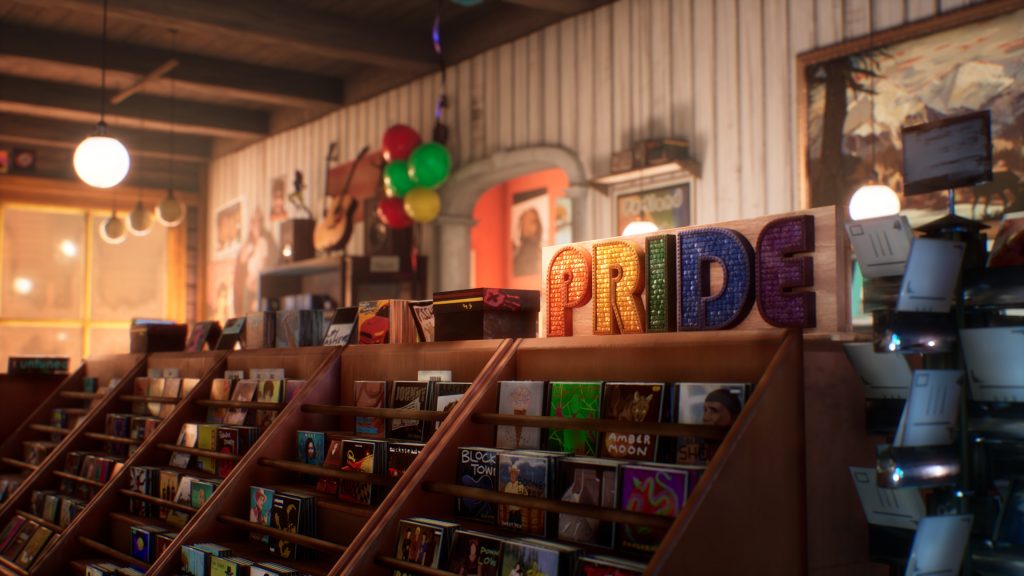 There’s a lot of repetition between seasons. Your main job is hosting the local indie radio show, and you’ll need to take calls from listeners and make sure you read a set of ads each time. These are actually a lot of fun, allowing us to visit with residents of Haven Springs even if they don’t appear. You’ll also need to do some odd jobs around the record store. More optional tasks allow you to expand a drawing, play foosball via flashbacks against your friend Gabe, and build a tune stuck in Steph’s head into a finished song. If you explore all of these, you’ll get three to four hours out of Wavelengths. If you only do what’s absolutely required, you can probably finish in two hours.

Perhaps my favorite thing about Wavelengths is watching the store evolve. When you first step into the record store, it looks quite different from the cool hang-out you found in True Colors. Most of the store is dominated by CDs which no one is buying. The few records in the store feel more like decoration than a primary product on offer. The walls are largely bare. It’s not in great shape. It turns out the store was in rough shape before Steph showed up. Despite a long history and an owner who has love for it, the store could easily have closed its doors. Thankfully Steph came along and poured love into the store, bringing it back to life. By the end, you’ll find yourself in the store you remember from True Colors, albeit with a cool additional room you’ve renovated.

Wavelengths is unapologetically queer, diving deep into Steph’s life and romances. While the second season is focused around Pride, you’re also able to jump on a dating app and interact with a long list of eligible ladies. It’s basically a digital tinder. You can chat, make choices about how you want to interact with people, even set up dates. Future chapters allow you to check Steph’s chat history to see where things have gone with these ladies, and you’ll even find mementos of some of them around the record store. While those who have played True Colors will realize Steph isn’t going to meet her soul mate this way, these interactions provide depth to her character and still allow you to make connections that matter.

Trapped In The Record Store 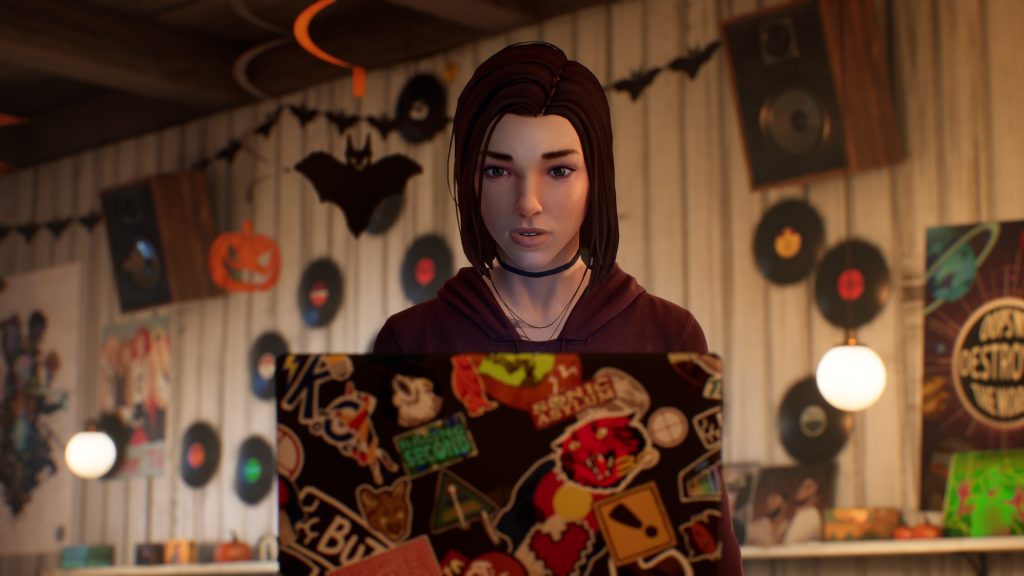 In a town with as much personality as Haven Springs, I would have loved a bit more interaction with the community. Don’t get me wrong: The town seeps into that store. Backstory told through texts on your phone let me spend more time with Gabe, Ryan, and Charlotte and put huge grins on my face. Watching the store’s hold list was equally fun, with requests making total sense. You’ll take calls from a few people, too, and the previously mentioned ads will bring to mind familiar locations, since you have to have completed True Colors to start this despite it being a prequel. That makes some sense. While knowing the events of that game aren’t really necessary to understand Steph’s journey, so much of what’s lovely about Wavelengths comes from the connections you’ve built with the town and seeing little nods to those connections.

Why then does nobody actually stop by? You’ll remember foosball games with Gabe but never see him. You’ll have phone calls with various characters, but none of them step into the store. The changes in the store and a growing holds list suggests you’re turning things around. Would it have killed the game to actually give you a few in-person customers? Throughout the four seasons, no one else ever steps inside Rocky Mountain Record Traders. The closest you come to seeing another person during the entire length of the story is a video call with an old friend, but even that’s between seasons.

Static On The Line 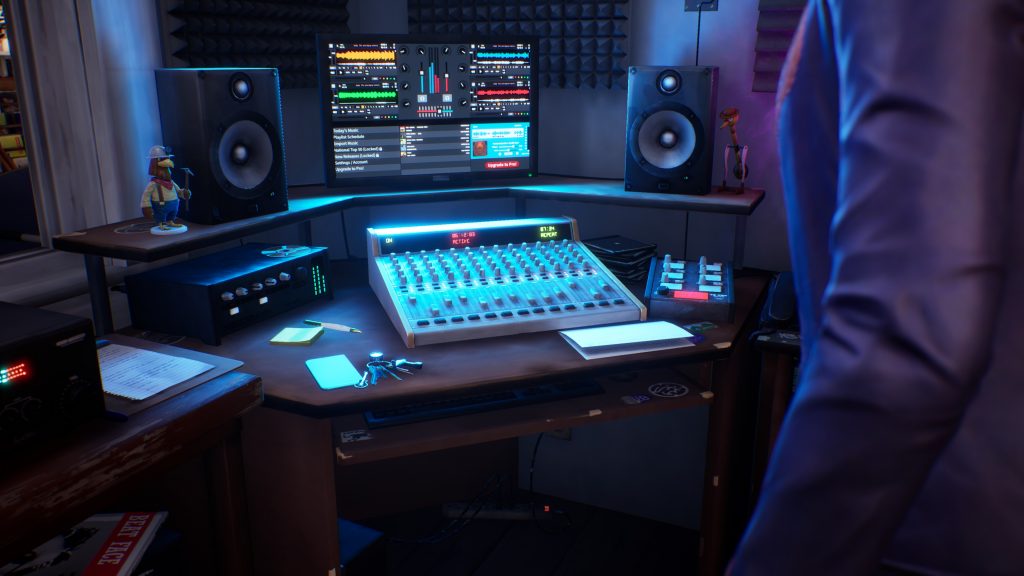 There are also some unfortunate performance issues to deal with. Moving around the store feels fine. I never noticed any issues there. It uses the same engine as True Colors, seemingly and the main game largely had issues in more open areas. When you’re in the radio booth, though, the game moves into first-person and slows to a crawl. At times it feels like you’re looking at a slide show as you look around. Even that’s strangely inconsistent. The first season felt just awful, while the second had noticeable issues but was a big improvement. The third season felt fine, as if the issue had been solved, only for the fourth to go back to the level of the second. It’s odd as these are very simple sequences, and the room sees only minor changes between seasons.

Life is Strange: True Colors remains one of my favorite titles of 2021. Wavelengths isn’t everything I wanted when it comes to DLC. Being able to explore Haven Springs further, or at least bringing more of Haven Springs into the record store, would have provided a more satisfying experience. Still, Steph’s story is moving and does an excellent job exploring her character. If you’re a fan of hers, you’ll absolutely want to check out Wavelengths.

Full disclosure: This review is based on a Life is Strange: True Colors – Wavelengths copy provided by the publisher.