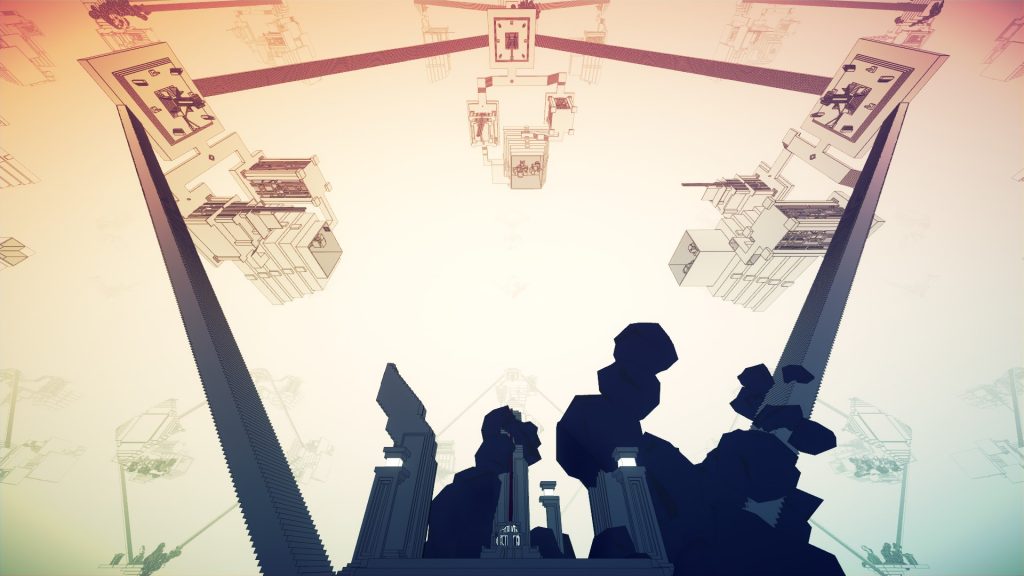 If you’ve ever thought an M.C. Escher painting would make a fantastic puzzle game, stop what you’re doing and go get Manifold Garden. That’s it — that’s all you need to know. It’s as cool as it sounds (and honestly even a little better than that). For everyone else, feel free to read a few hundred more words on why Manifold Garden belongs in your library.

It’s hard to believe that an incredibly beautiful game like Manifold Garden was developed and self-published by a single person, but it’s not like this was William Chyr’s first foray into interactive media. Initially released in 2019 on Epic and Apple Arcade and in 2020 on pretty much every other platform available, Manifold Garden has captivated thousands, receiving the highly coveted Overwhelmingly Positive rating on Steam with 2,203 reviews at the time of this writing. Available for a reasonably priced $19.99, Manifold Garden asks players to “cultivate a garden to open new paths forward, where an eternal expanse awaits.” 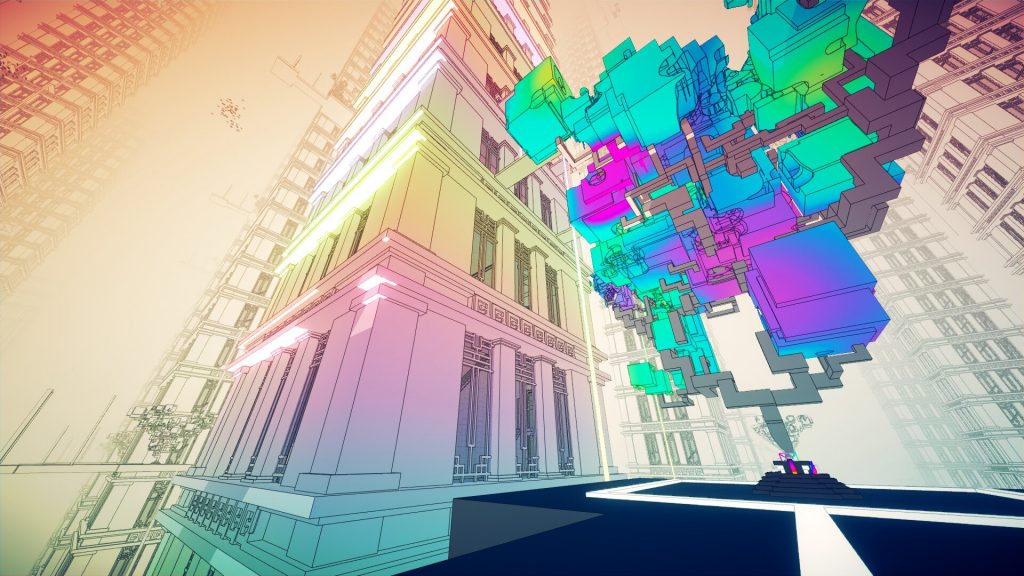 Players aren’t given any real information on the world they’ve found themselves in, but one thing soon becomes clear: this is Escher’s world, not Newton’s, so gravity doesn’t work as we’ve previously known it. Say you’re in a box — in the real world, there’s a floor, a ceiling, and four walls, each clearly defined and unchanging due to the Earth’s gravity and basic physics. In the world of Manifold Garden, players can walk up to any surface — vertical, horizontal, or something in between — and right click to shift the gravitational pull, turning a wall into a floor, a ceiling into a wall, etc. Soon, the human perspective loses all meaning, and a single room suddenly holds an infinite amount of possibilities.

If you love abstract, geometric aesthetics, Manifold Garden is a dream. It doesn’t matter where you look, every single angle is a joy to behold. Some areas more logically fit a human, like a building or stairwell, while other places simply devolve into kaleidoscope goodness. And with a soothingly hypnotic soundtrack to match, it’s easy to get lost (in more ways than one) in the world of Manifold Garden. 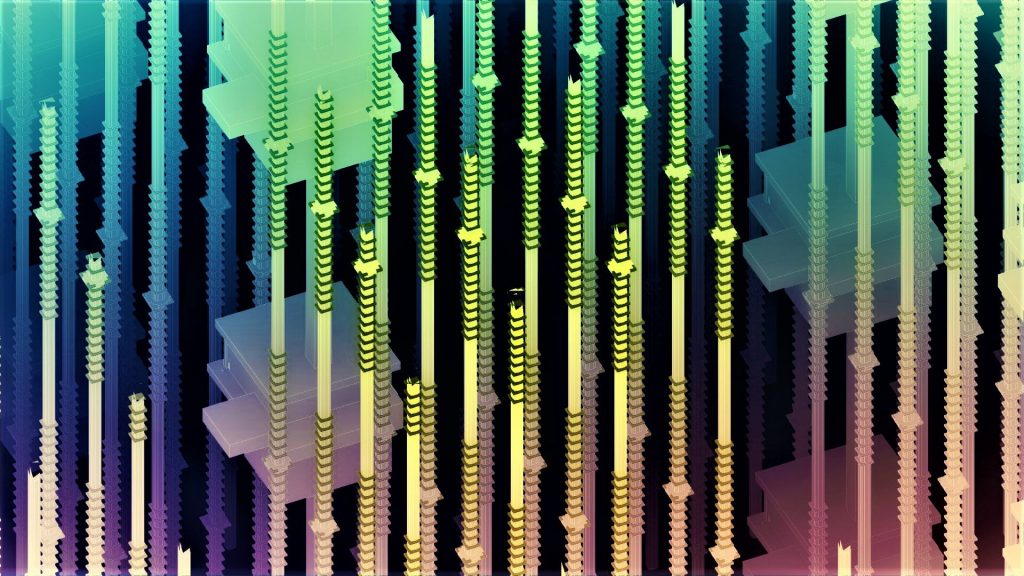 Manifold Garden’s puzzles intuitively use the world around players to force them to think outside the box — literally. Players will be presented with cubes and areas to place said cubes to unlock pathways to the next level. It’s not just a matter of simply pressing a button to open a door or placing the proper cube through the proper hole; players will have to manipulate gravity in an effort to make these puzzles work. For example, placing a box on the floor in the right spot of the floor becomes a shelf when you rotate the room to shift gravity, allowing you to place a box on top of that shelf in a series of steps to get it where you need t0 go. Writing it out is making it more complicated than it needs to be — as a game, the experience is quite intuitive, making players feel smart and capable for figuring things out on their own.

After the glorious first impressions of Manifold Garden’s visuals wear off, some players may feel like there isn’t enough direction or that the puzzles feel a bit too repetitive. From a mechanics perspective, a lot of what it wants to accomplish is done within the first hour of gameplay. Because the world of Manifold Garden isn’t organic, there’s never really a point in time where you’ll feel comfortably human — like the world never seems to accommodate for a living creature and is instead a stunning purgatorial state. While this can reduce the urge to truly explore every nook and cranny for some, for others this will be an unforgettable experience unlike any other.

Manifold Garden is a serotonin-inducing triumph of a puzzle game that will captivate anyone who loves abstract aesthetics. Every single frame of this game is a screenshot, and every puzzle one that challenges the brain to think of the world in a more incorporeal manner. If M.C. Escher is your favorite MC, Manifold Garden is an absolute must-play, and I cannot envision a better platform for this geometric garden than PC.

Editor’s note: This review is based on a retail copy of Manifold Garden provided by the publisher. 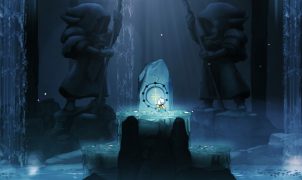 A Beautiful Game With Some Major Issues Greak: Memories of Azur has a lot going for it. Beautiful, hand-drawn graphics, solid controls, clever puzzles that actually make you work…