Residual Review: A Unique Mashup of Survival, Platformer, and Puzzler

I don’t think I’ve played a survival game since… Lost in Blue? Maybe? It’s definitely been a hot minute. And then along came Residual from Orangepixel, blending platformer, survival, and even some light puzzling. I can’t say that I’ve ever played that mashup of genres before, so I thought if nothing else, Residual would provide a unique experience.

A Crash Course in All Senses 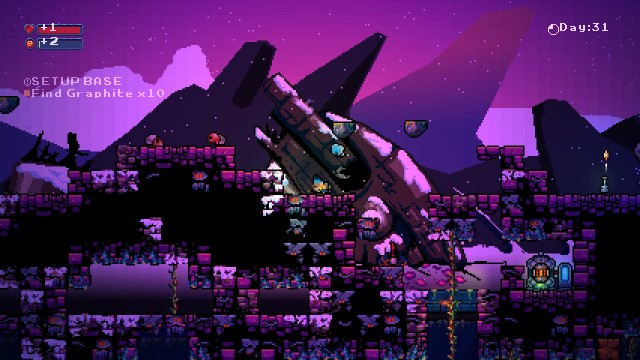 If you’re looking for a deep, engaging story, Residual is likely to disappoint you. The story is pretty basic and barebones. You pick a male, female, or non-binary character and set off in your ship. Unfortunately, disaster strikes almost before you’ve even begun. You’re forced to crash land on a planet that’s seemingly deserted. With your ship in pieces, you’ll need to use all your wiles to survive off the resources you can scrounge up around you. Of course, that just scratches the surface – quite literally. You’ll soon discover a strange door you can open that will lead you deeper into the planet, where mysteries await.

As you plumb the depths of the strange, alien world, you’ll find evidence that you aren’t the first person to inhabit the planet. Signs of a long-lost civilization can be discovered as you venture deeper and deeper, as well as data logs left behind from a previous exploration team. You’ll need to piece together every clue you find in order to figure out what happened, and how you might get off the planet. Thankfully, you aren’t completely alone, as you’ll be accompanied by a delightfully obnoxious PDB, or Personal Disaster Robot. While I’m sure some people find him to get annoying, I thought the PDB was quite delightful. He hovers around dispensing advice and snark in equal measure. And if you find his voice too grating, there’s an option in the menu to turn the voice volume all the way down. 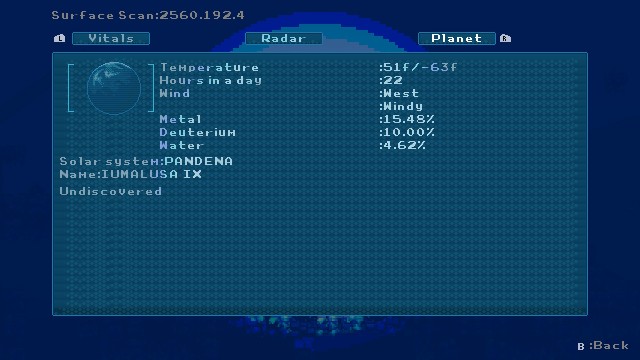 The premise alone is really intriguing, and even without a lot of story, there’s plenty to keep you engaged. Gameplay is the focus of Residual, and it’s pretty addicting. The blend of survival and platformer works surprisingly well, too. Once you manage to haul your battered self out of your ship’s wreckage, you can begin exploring the planet. The whole planet is laid out on a 2D plane, and you begin on the surface. You’ll be given goals you need to accomplish to start setting yourself up for long-term survival, such as finding materials to begin repairing your ship. Of course, nothing is ever very simple, and there are several factors that will make your tasks quite challenging.

With literally thousands of randomized planets to land upon, you’ll be plopped down into a different set of circumstances each and every time you start a new game. This is important, because there are environment-based rules to the game. How far away from the sun you are determines how long your days and nights are. Longer nights and lower temperatures require more energy to accomplish tasks, while simultaneously leaving less time for your solar-powered suit to charge. Each planet’s environment is wholly unique, and so every playthrough will require a different strategy to be successful. 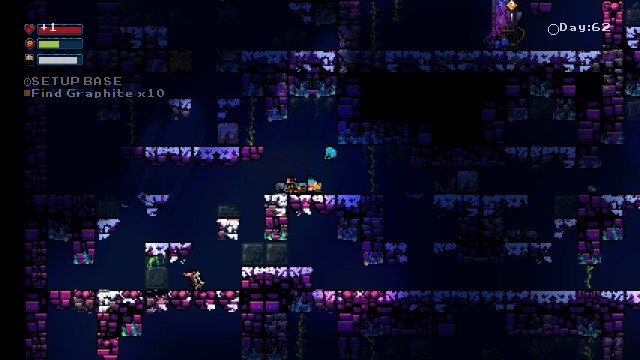 In the upper left, you’re given three meters: red for health, green for energy, and white for the power level of your suit. Certain environmental hazards such as the alien flora and fauna can cause damage, lowering your HP, as can falling from too great a height. Moving about, gathering resources, swinging from vines, pushing stone blocks, etc., will deplete your energy levels. Once you’re no longer in sunlight, your suit power will decrease steadily. If you use certain items like your blazer to destroy some rocks, suit energy can be depleted quite rapidly. Thankfully, you can restore energy by foraging food such as fruits and plant pods or by going fishing. You can also craft certain items, like campfires, from the materials you come across, which will allow you to settle in and restore both HP and energy.

Residual also very helpfully gives you a field teleporter. I recommend setting one up by your ship, and always keeping the other in your inventory unless you’re using it, as you can teleport instantaneously between them. Your ship can be thought of as your home base – you can recover some energy and all of your HP by sleeping, and you can use your computer to craft items that will help you gather more resources.

Finally, you can change some of the in-game settings to make the game more or less difficult as you please. These options include forcing 24 hour days, automatically picking up your teleporter so that you don’t forget it and have to potentially back track a fair distance, and activate permadeath. That last one in particular is sure to spike the difficulty if you’re finding your planet too easy, as normally when you run out of health, you’ll pass out and wake up back in your ship’s bed. 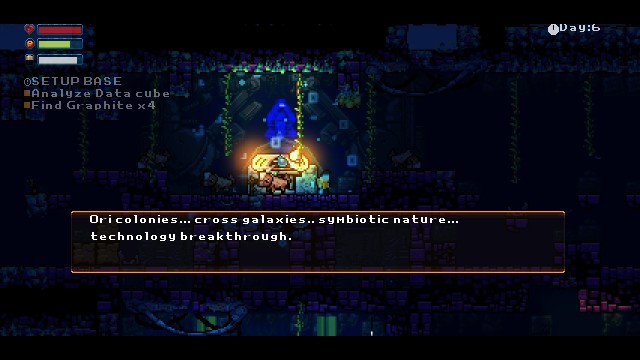 Residual is a visually appealing game. Quite literally everything is done in pixel art, and if you’ve read any of my previous reviews, you’ll know I’m a sucker for it just about every time. Well, so long as it’s done well. And the pixel art is definitely done well in this game. From your character’s little sprite to the fish, to the berries, to the strange monuments and artifacts you stumble across, the game is just a visual delight. Unfortunately, as great as the visuals are, the sound isn’t done nearly as well. Pretty much the only sounds I heard for both of my playthroughs were my robot buddy, a very unappealing squelching sound from some kind of creature (and it just never seemed to end, ever), and the sound of waterfalls. There didn’t even seem to be that many ambient sounds, which I think would have helped.

Thousands of Planets to Try Out

Residual is a fun, unique, interesting experience, with only a couple of flaws. Controls aren’t as tight as they could be, for one. You use X to jump and to grab ledges to scramble up, which is perfectly fine, but for some inexplicable reason, you have to use the A button to grab vines and release them. You wouldn’t think it would be a big deal, but using a different button to jump off the vine after you’ve gotten so used to using X to jump just really messes with your muscle memory. I think it could be helpful to have a bit more tutorial to start the game, but honestly, if you stick with it, you will eventually figure everything out. And finally, my last complaint is just the lack of a meaningful soundtrack or variety of ambient sounds.

Still, even with a small handful of flaws, this is a solid game. Residual has awesome pixel art, a unique premise, addicting gameplay, and the promise of unique playthroughs every time you start a new game. While it’s not a perfect game, my complaints are fairly minor all things considered. I’d definitely recommend this game to anybody looking for a unique survival/platformer mashup. 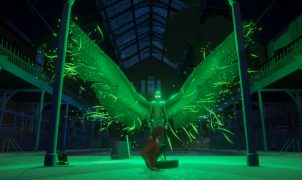