In Sound Mind Review: Neither Safe Nor Sound 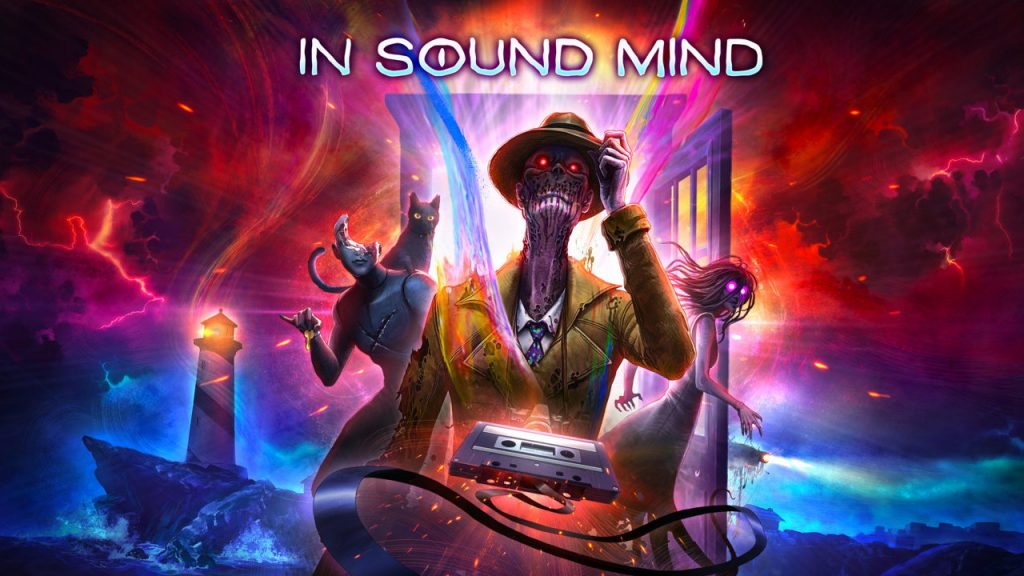 Developed by indie studio We Create Stuff, In Sound Mind is a unique take on the first-person psychological horror genre popularized by such titles as Layers of Fear, Observer, and Amnesia: Rebirth. The game puts players in control of Desmond Wales. A psychologist from Milton Haven, Washington, the good doctor’s patients have been dying off at an alarming rate. The story begins with Desmond waking up in the filthy basement of his apartment building. However, it’s clear from the outset that things aren’t quite right here. Strange barrels filled with volatile chemicals are scattered everywhere. Shadowy creatures resembling living Rorschach tests stalk the halls. And, to make matters worse, a mysterious figure in a yellow jacket and fedora seems hell-bent on seeing him pay for a crime he cannot remember.

All of this is cool, to be sure, though not entirely original for a horror game. However, there is one thing that sets In sound Mind apart from its contemporaries. As you explore Desmond’s apartment building, you’ll find glowing doors that lead to alternate versions of his former patients’ homes. Playing the cassette tapes found within in Desmond’s office will instantly transport him into the physical manifestation of his patient’s deepest fears. It’s a unique twist and easily the most compelling part of In Sound Mind‘s psyche-shredding package.

You Must Face Their Fears 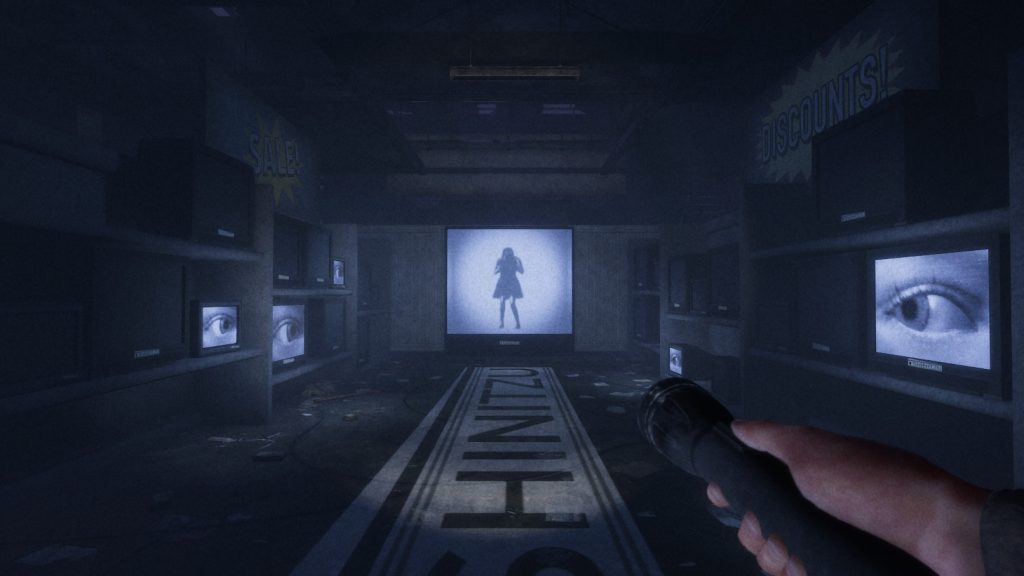 Didn’t anyone ever tell you it’s not polite to stare?

Desmond’s patients suffer from a variety of mental illnesses and phobias. However, it’s these disorders that give each area a unique gameplay hook. For example, the first tape focuses on Virginia. She has a crippling fear of being looked at since becoming disfigured as a child. Due to her situation, she’s deathly afraid to venture into wide-open places where she believes people will stare. This level takes place in a supermarket and requires you to lure Virginia’s tormented spirit to mirrors littered around the store so that she’ll confront her own ghastly visage.

Allen, the subject of another tape, has extreme nyctophobia— fear of darkness. His stage takes place on a craggy beach with a massive lighthouse in the distance. As you scour the environment, he’ll appear as a sentient void swallowing everything in his path. To beat him, you’ll need to use various light sources found around the environment to temporarily banish him so that you can progress.

Of course, these are just a couple of the patients you’ll encounter throughout the story. But with only four tapes to explore, I’d hate to spoil the juicier moments in this review. I genuinely found myself caring for each of the characters you end up coming across. This is thanks in no small part to In sound Mind‘s solid writing and solid voice performances conveyed through therapy session tapes scattered around the environments.

I really liked how each patient’s tape has its unique theme as it helps keep things fresh. Developer We Create Stuff also deserves credit for crafting some pretty trippy level designs. Stages twist and change on a whim, turning once normal-looking locales into surreal dreamscapes that begin to resemble some M.C. Escher-esque creation. 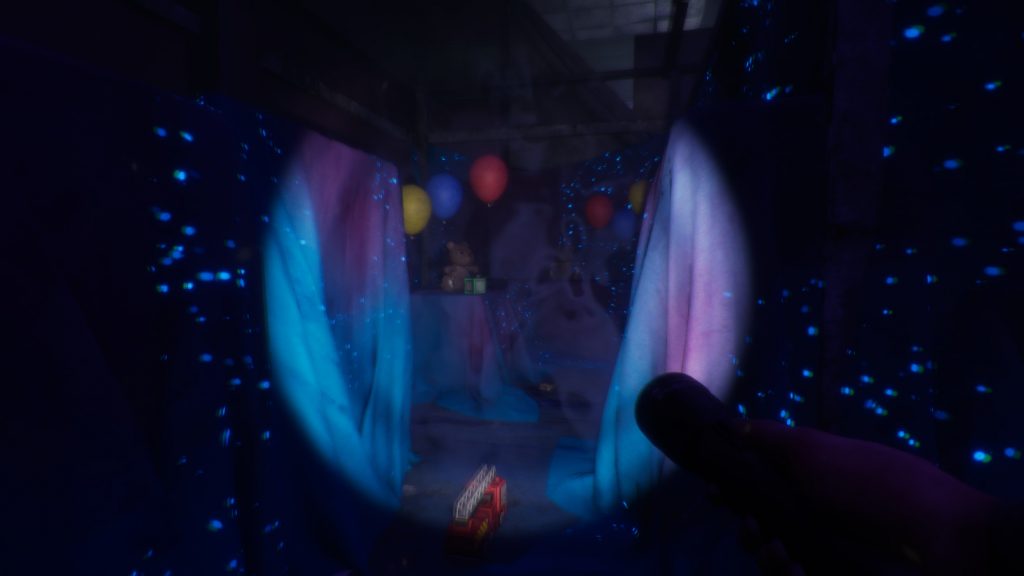 Still, I found myself wishing some elements weren’t overused from stage to stage. Despite the creative aesthetics, far too many puzzles have you scrambling for fuses or other MacGuffins to restore power to an area. By the end of the game, I had started to feel more like a supernatural electrician than anything else. That’s not to say there weren’t a few good puzzles peppered throughout In Sound Mind. It’s just a shame that the memorable ones are vastly outnumbered by a lot of tedious tasks that feel like busywork in comparison.

Speaking of tedious, In Sound Mind also features a ton of platforming sections. The problem is they’re pretty much exactly what you’d expect from a PC FPS from the late 1990s, which is to say they’re not particularly good. For example, timing your sprint can feel wildly inconsistent, which can make clearing certain jumps feel like a battle of attrition. Additionally, the stages are also designed in a way that makes it hard even to tell if you’re supposed to be able to reach certain areas.

Some would argue that this encourages exploration. And while I don’t necessarily disagree with that sentiment, I’d be a bit more forgiving if the areas themselves at least looked like you should be able to reach them. Sometimes, I felt like I was just brute-forcing myself through the environment, only to find out it was exactly where I was supposed to be going after all. If that sounds frustrating, well, that’s because it is. Thankfully, out of the game’s four main areas, only one is particularly bad about this. 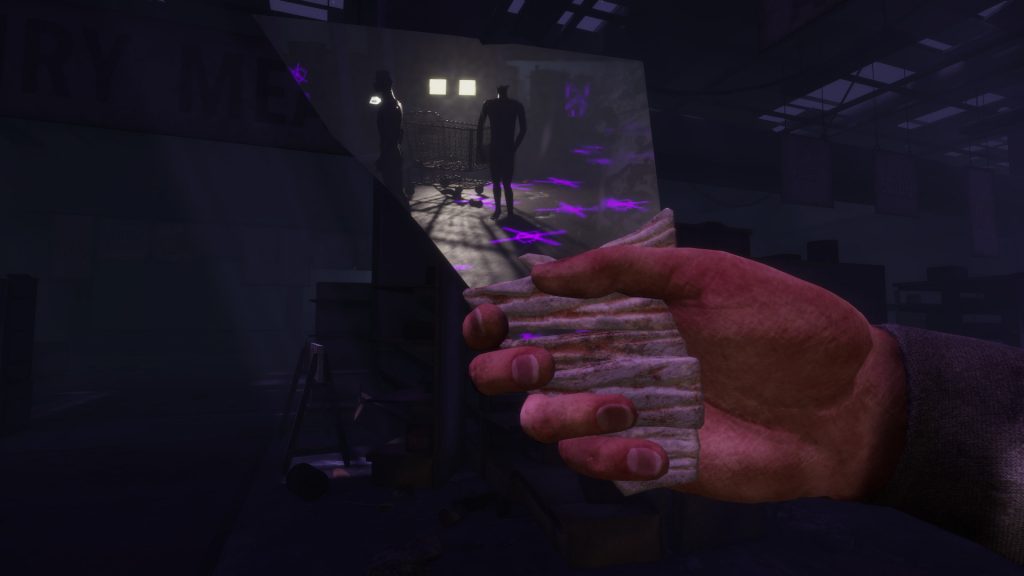 Sadly, the inkblot monsters lurking in the shadows or the Freddy Kreuger-esque main antagonist aren’t the scariest thing about In Sound Mind. No, that honor goes to the game’s performance. Unfortunately, at least on the PS5, In Sound Mind suffers from some severe technical issues, and they always seem to rear their head at the worst moments.

The game’s worst offender is the frame rate. It plunges constantly. When things start to chug—and they often do—it can make the combat feel very stiff and imprecise. As a result, some boss encounters start to feel like a veritable slideshow, which kills the immersion. I also experienced several crashes to the PS5 home screen during my review playthrough, one of which required me to solve a rather tedious puzzle where I had to direct dozens of conveyor belts all over again.

Here’s hoping the developer offers a patch to iron out these issues post-launch. As an indie production with a small budget, it’s clear the game shouldn’t be taxing the PS5 to this extent. With that in mind, I’m keeping my fingers crossed that a fix will be available soon to address these issues.

In Sound Mind Shows Flashes Of Promise, But Performance Issues And Frustrating Design Choices Hold It Back

I had high hopes for In Sound Mind. After all, I previewed it twice before its release. And each time I had a chance to get my hands on the game, I walked away eager for more. But, sadly, the finished product doesn’t quite live up to what I expected—at least not on the PS5. From its severe performance problems that turn each enemy encounter into an exercise in frustration to occasional crashes that can impede your progress, it’s clear In Sound Mind wasn’t quite ready for prime time.

Still, despite these issues, there’s a good game buried under the scuffs and bruises. In Sound Mind offers a satisfying sense of progression. I genuinely looked forward to exploring the apartment building and using the new items I’d collected to reach previously inaccessible areas in true Metroidvania fashion. Add to that some solid writing that brings the game’s diverse cast of characters to life, and you have the kernels of something special there. And who knows, with a bit more post-launch polishing, it might just realize its full potential soon.

In Sound Mind is a case of a great idea hobbled by flawed execution. It has some fascinating mechanics and an engaging story to tell. However, to experience the game’s best parts, you’ll have to suffer through a lot of moments of frustration. If you’re up for the challenge, this might just be a psychological horror title worth checking out. For anyone else, you might want to wait and see if developer We Create Stuff can iron out the kinks first. 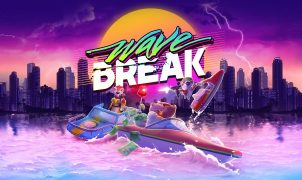 Wave Break Review: Introducing the Fine Art of Skateboating     Wave Break is an interesting beast. The developers bill it as a “skateboating” game, and that’s accurate. It’s…