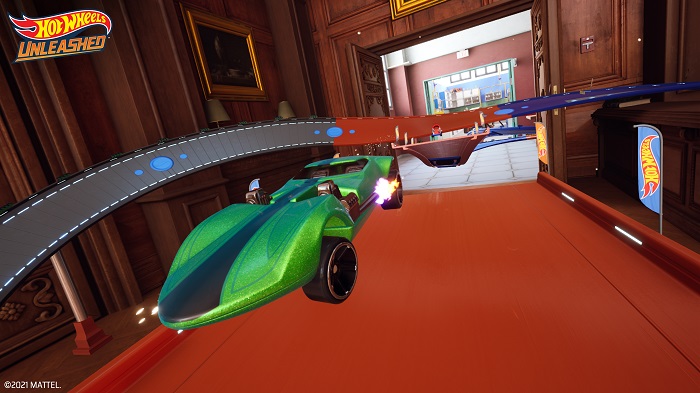 Here we are at the next leg of the race for Hot Wheels Unleashed, with our final review on this fantastic racing game. After an exhilarating preview run through the startup of this adventure, I found little not to like. Now that the rest of this race has been revealed, is it still hanging out in first place, or did it fall a bit behind the competition? Let’s find out! 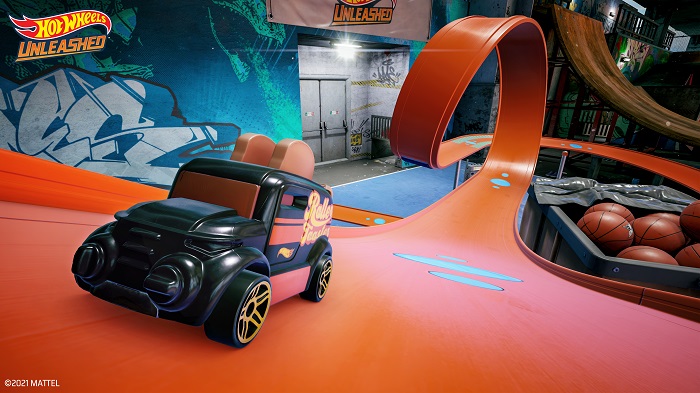 Now onto the meat of the review, so we’ll start with the cars. The selection here is pretty darn wide, with a list of vehicles from real-world whips to the zaniest things Hot Wheels has put out to date. As of this review, Hot Wheels Unleashed has over 60 cars to play with. To have the crossover vehicles available right from the getgo was unexpected but very welcomed. Usually, stuff like that gets locked behind DLC, but not here; you can absolutely get the Back to the Future DeLorean in the base game along with a plethora of other licensed hits. While I enjoyed what was there, I do hope that Milestone takes more time to add in older cars. There are mainly more recently seen cars. While I understand why this was done, callbacks to older vehicles wouldn’t hurt any, especially for people like myself that grew up with Hot Wheels from a different time. There are already talks for added content later, so if you have a favorite, don’t count it out of the roster yet.

Another thing, the blind box is definitely one of the more harmless variants I’ve seen of lootboxing content. Lootboxes have all of the cars currently available in the game able to be pulled through the system in varying rarities. Common cars can be upgraded into their superior variants, so no worries about being locked out of a better version of your favorite cars. And if you’re struggling to pull that one car, there’s a rotation of various cars you can straight up buy with coins you get from just racing. Also, should you want to try your hand against others, the split-screen works marvelously, and the online rarely skipped a beat for me either.

As for the tracks, they are very well designed and implemented. Everything that you see in the tracks can be made in the track editor, emphasizing the versatility and capability of the way the tracks are assembled. The early tracks do a good job of easing the player into what to expect from the physics and track hazards. Later tracks really test the abilities of the player, retaining challenge while not overtly infuriating the player. Any challenges I came across that made me respawn over and over were conquered after some consideration of what was making me fail. Another thing I very much appreciated was the bosses they added in via the main campaign. Coming in first on those boss races earned you the piece to use in the track editor, a welcome addition and change of pace for the tracks. I anticipate seeing more of these pieces down the road and liked seeing how they changed up the track, adding a layer of challenge to shake things up.

As for the physics, they held up pretty well. Drifting felt stable and satisfying, and it feels like the ability to turn your car midair was tweaked to be a little more fluent and consistent. That said, one thing that could be improved on is a weight rating for the different cars. The physics of this game relies very heavily on understanding what will and won’t make your car tip over, a line that’s very difficult to see on more challenging courses. Some tight corners will keep a light vehicle pinned in, while seemingly innocuous corners with a slight drop in height might peel your tires right off and send you flying off the track. It’s a bit deterring when you really wanna race your favorite car, but its squirreliness combined with its lack of weight turns a race into a juggling act. Cars like Rodger Dodger and Twin Mill have been my go-tos simply because they sit flat on the track so I can hit trickier corners without worrying about sending myself sailing off the course. Put simply, stranger-shaped cars need some weight adjustments or a stat that lets players know that car is lighter than others and probably going to be harder to keep tethered to the track. 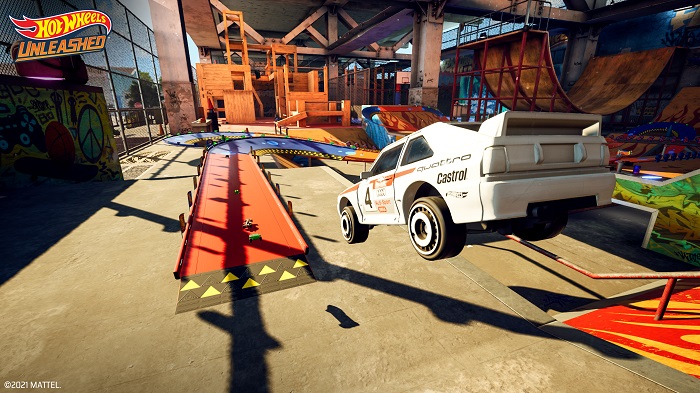 The music leaves a bit to be desired, as it loops the same soundtracks over and over. I didn’t notice this as badly with my limited time on the preview, but it definitely will start getting repetitive with how few tracks there are. I ended up turning on my own stuff some of the way through. As for sound effects, sometimes I noticed more rumble and sound from the engines, while other times I wouldn’t be able to hear. I do think there needs to be more emphasis on the engine sounds, it’s a lot of the car’s impact, and I feel like it could enhance the driving experience. It has plenty of room to be played with, too, like making the Street Wiener have a sizzling sound laced into the engine noise or have the Roadsaurus’ engine sound be a warped dinosaur roar. I’d love to see Milestone play with this for a bit, and there’s no reason not to.

Moving on to the track editor, which is probably one of the next biggest highlights to actually racing. It’s got a lot of constructive capability, allowing you to essentially do anything that you’ve seen before on the already made tracks. Every piece, hazard, and traffic cone is absolutely there and easily intertwined with your track setup. You’d put down where you want the race to start at, choose if it’ll be a circuit or a point-to-point, then start building. The building mechanics take a bit to get used to, as there’s a lot of combining buttons to get the track to move where you want it to. It can get confusing sometimes, just trying to get a slight bank on a piece. I feel it would’ve been a good idea to make a mechanic to grab points along the edges of the track piece and manipulate the track through that point you grab. It’d make it much easier to get the track to move in the direction you want. As it stands, though, it’s got all the tools of the trade to make some killer tracks with a little bit of elbow grease.

Lastly, we’ll take a look at the livery editor. I’ll be the first to admit that I’m god awful when it comes to artsy stuff, so take what I saw with a grain of salt. It’s about what you’d expect from any livery editor, with a good amount of shapes and colors to work with, plenty of shapes, and easy enough to place them. I only ever tweaked the paint and tire colors for my favorite vehicles, which even that offers a good amount of paint styles, from pearlescent to plain. Even a new paint job isn’t hard to get done.

While it might seem like I’m nitpicking a lot here, I do so in hopes that these things get changed down the road, seeing how much they did absolutely right. The game’s still fresh, and there’s plenty of time to make the tweaks needed to turn this into the casual racing game of the decade. Casual racing has been pretty sparse, and this is without any doubt the injection of life the genre’s been in desperate need of, a real turn-your-brain-off romp ‘n stomp motor festival. The simple, pick-up-and-play racing action keeps things tame so anyone can pick one of the several rides and zoom down the masterfully crafted tracks without any fuss and little learning curve. With only a few misgivings to work on as of this review, Hot Wheels Unleashed has first place already in the bag, and I’m eager to see it continue succeeding down the line.