Struggling doesn’t make a great first impression. Even after pouring hours into it, I’m not entirely sure I get the full appeal of a game that is intentionally hard to control. Yet the longer I stuck with it, the more it started to win me over bit by bit. Struggling is still a game that isn’t for everyone and one that, at times, made me want to throw my controller. It offers enough creativity, though, that I was always intrigued to see what was coming next. 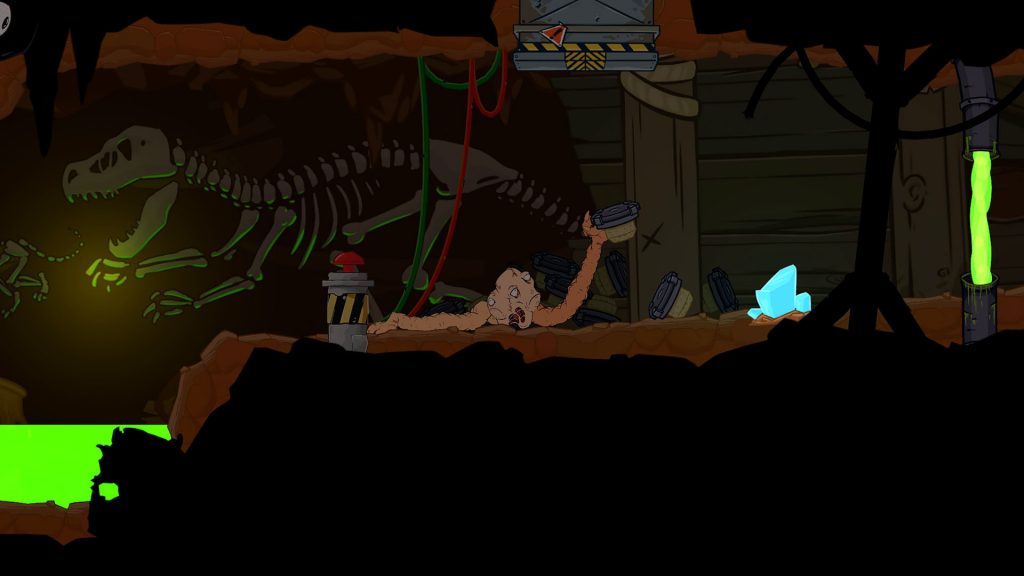 You play as two heroes from prophecy destined to save mankind. Those two beings are Hector and Achilles, joined at the head, forming an abomination known as Troy. Made up only of a pair of arms and their combined heads, Troy spent most of their life in a glass jar before a drunk scientist got sick and set them free. Seeing an opportunity, they take off to take on the abomination gods and search out their destiny.

Controlling Troy is instantly a nightmare. A lump sitting on the ground, you can only move them by manipulating your two arms to pull yourself along. Each arm is tied to one of your analog sticks while your two triggers handle grabbing things. That’s most of Struggling. You’ll drag yourself through increasingly insane levels, trying to avoid the many, many things which can kill you. Along the way, you’ll solve some light puzzles and avoid most foes.

Two Heads Aren’t Better Than One 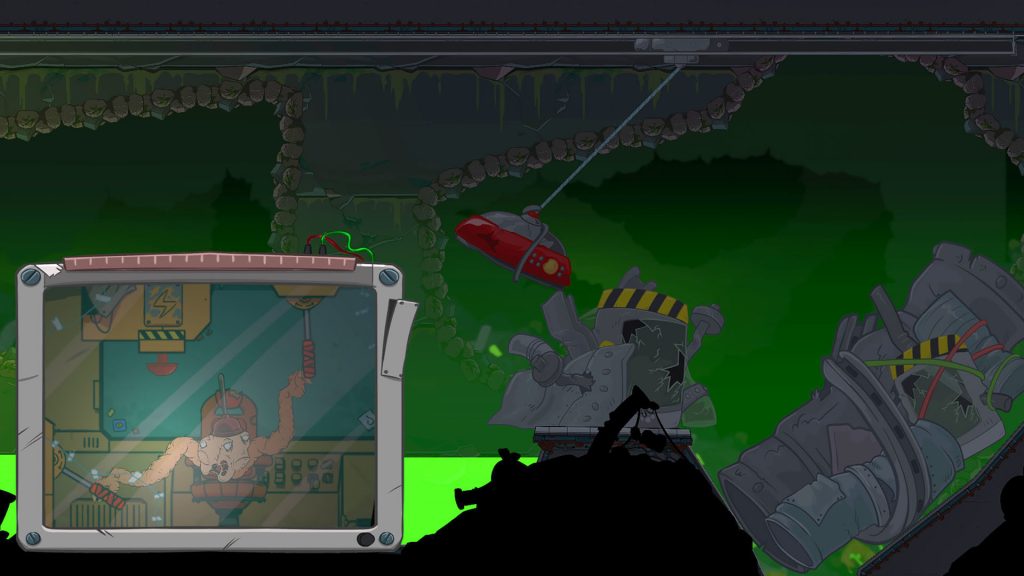 Playing Struggling reminds me of nothing more than Getting Over it With Bennett Foddy. Like that game, your movements are wild and imprecise, despite the game often requiring pinpoint accuracy. Unfortunately, without the personality that made that game interesting, you’re left mostly with the core mechanics, which are never less than aggravating.

It isn’t that the controls don’t work. They take a lot of getting used to, but eventually, you’ll get to the point where you can move pretty well in a straight line. Each arm has almost too much control, able to be extended, pulled back, wrap in on itself, with full 360-degree motion. Troy is always getting tangled up, though, so you’ll frequently have to stop to just untangle your arms which isn’t particularly fun. You can destroy them and regrow them instead, but this also isn’t a fun process.

Making this worse, Struggling loves to put you in situations where you have to make quick decisions and be ready for anything. While I was still struggling to get past basic spike traps, I found myself being chased by swarms of Troy eating rats or opening an elevator to find a random monster that would kill me if I didn’t get it closed again quick enough. You will die, and do so a lot. While there are frequent loading points, they often feel a bit too far from each other. After nearing the end of a challenging stretch only to die just before reaching safety, I had to walk away on multiple occasions.

Things Start To Come Together 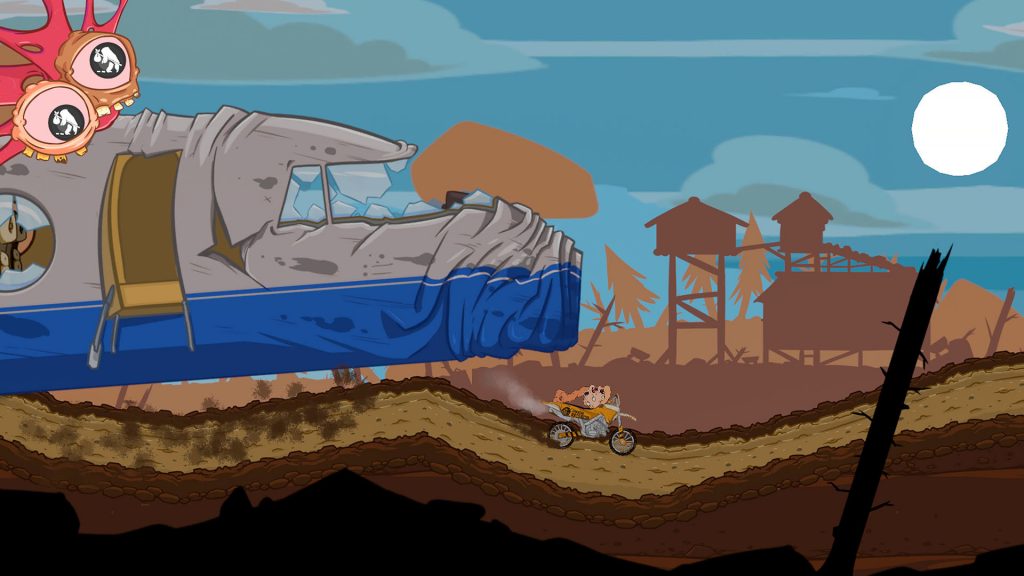 Just when I started to wonder why anyone would want to play Struggling, it actually came together a bit for me. While some of these sections are horribly frustrating to execute with your abominable body, there’s a definite sense of excitement when you finally get past a tough obstacle. As I started to get at least a bit competent with controlling Troy, it began throwing some more interesting puzzles at you, though far too often these still broke down into situations where it was obvious what I had to do, it was just going to take twenty tries to do it. That can be fine if those attempts build skill, but behind a base level of competence I found, most of my success felt a lot more like luck when it finally came.

Boss battles provide some of the most exciting sequences in the game, using the core mechanics in completely unexpected ways. They’re delightful and made me wish that the rest of the game was more like them. They each made complete sense while at the same time being something I would never have seen coming. Beating those bosses unlocks an expanded set of moves which provides even deeper access. 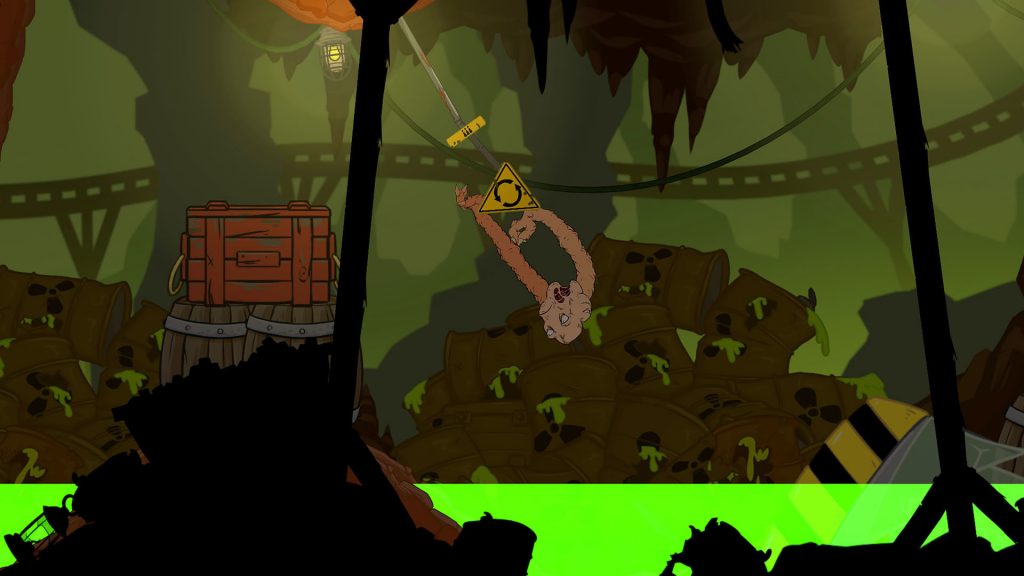 Struggling has an aesthetic all its own, and while it isn’t particularly for me, I give it credit for committing to it. It’s downright grotesque, but there are players who will very much enjoy it. Everything is very well drawn and animated.

I have a harder time seeing anyone enjoying the audio here. Troy moans and cries out in pain constantly. I understand this abomination hasn’t had a fun life, but it got old super-fast. It may be resonant with the game’s story, but that only goes so far when I still must listen to it.

A co-op option is included, but don’t get your hopes up too high. This mode puts you each in control of one of Troy’s arms. While certainly interesting, in practice, it’s an absolute nightmare. The required precision to move Troy around is exacting. Trying to get two people to sync up enough to make that feel natural is a hard sell.

While Struggling eventually comes together to a degree and showcases impressive creativity, it doesn’t change that this is a game with audio that made me want to mute my TV and controls, which simply don’t feel good. It’s a real struggle to play. While that may be mostly intentional, it doesn’t make the game more enjoyable in the end. Some players may find more in it than me, but I’m more interested in seeing what the creative team at Chasing Rats Games does next. Any team with this much creativity feels like they have a great game in them. They didn’t get there this time, though.

Full disclosure: This review is based on a copy of Struggling provided by the publisher. 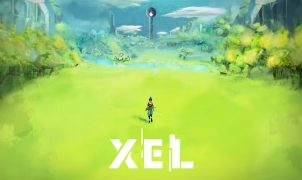 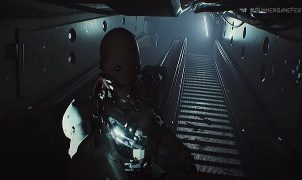 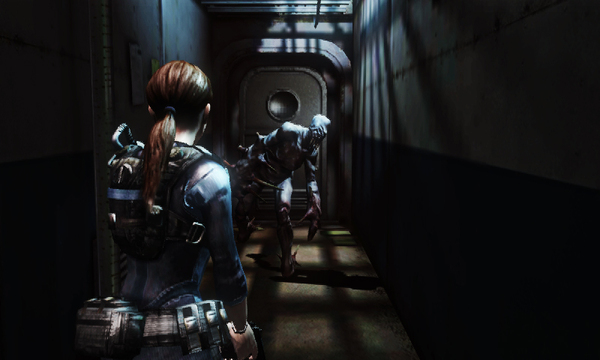