Sheltered 2 Review: Attack Of The Lack Of Potatoes 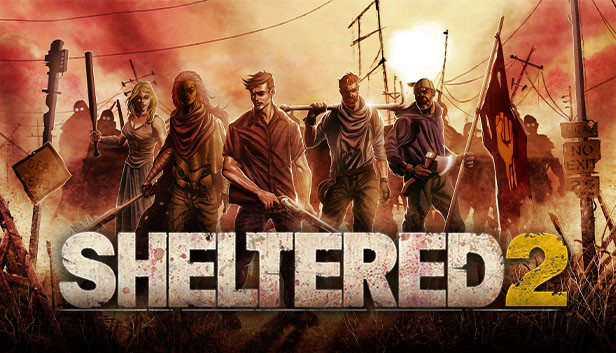 It was called Wasteland. Inspired by the Mad Max franchise of movies, Wasteland was the first post-apocalyptic-themed game created for the Apple II computer and later ported to the Commodore 64 and MS-DOS. It was a text-heavy adventure game full of lore compendiums and pages upon pages of dialogue, too large to fit on the game’s limited disk space. Wasteland introduced some of video gaming’s earliest iterations of RPG mechanics — taken directly out of Dungeons and Dragons, mind you — such as stats for strength, intelligence, charisma, and speed stat rolls, executed in real-time, and whose decisions held dire in-game consequences. Wasteland also goes by another title: Fallout 0, making it spiritually the predecessor of the highly-acclaimed game franchise. Just as Wasteland heavily inspired Fallout, Sheltered 2 is influenced by multiple titles in the Fallout series.

Developed by Unicube and produced by Team17, Sheltered 2 is what you get when you take Bethesda’s Fallout Shelter and try to combine it with Fallout’s original RPGs. I have to admit, Sheltered 2 features one of the most complex tactical sim designs I’ve ever experienced in an indie game. As someone who enjoys survival simulations, at first I thought this game would be so addictive I’d need to quit my job to play it full time. The problem is that whereas the original Wasteland had a compendium to give extra lore and dialogue, Sheltered 2 feels like it’s simply missing that crucial extra content needed to make it a classic.

It’s The End Of The World As We Know It 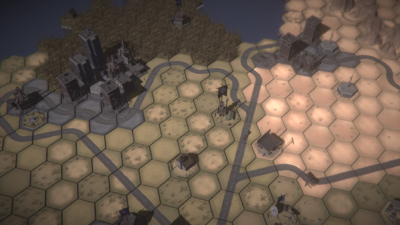 Sheltered 2 is a survival strategy game set 20 years into the post-apocalyptic future. You begin by creating your own faction and its initial inhabitants: three survivors whose stats, perks, and attributes are left entirely up to your choosing. And while that may sound cool that it begins just like Fallout’s character creation page, there are, unfortunately, a lot of limitations. Women avatars are almost entirely masculine. There is a limit on hairstyles and colour palettes. Worse was the skin tones of the characters, namely because there really wasn’t any. Almost all of the characters seem to be fitted for mostly white men.

In regards to Sheltered 2’s story – or really the lack thereof – there really wasn’t much of one. The primary focus is to survive against the hardships of the apocalypse. This entails resource management such as finding and preserving food or collecting clean water, as well as engaging with different factions.

Regarding other factions, there’s the ability to radio anyone you’ve met to either build alliances, run missions, trade goods, or declare war. There are also “breaches” where rival factions assault your bunker. During a breach, survivors currently in the bunker will have to defend themselves from attackers. As you can imagine, in many ways, this game is just like Fallout Shelter but the mechanics and possibilities go much deeper.

The Design Is Much Deeper 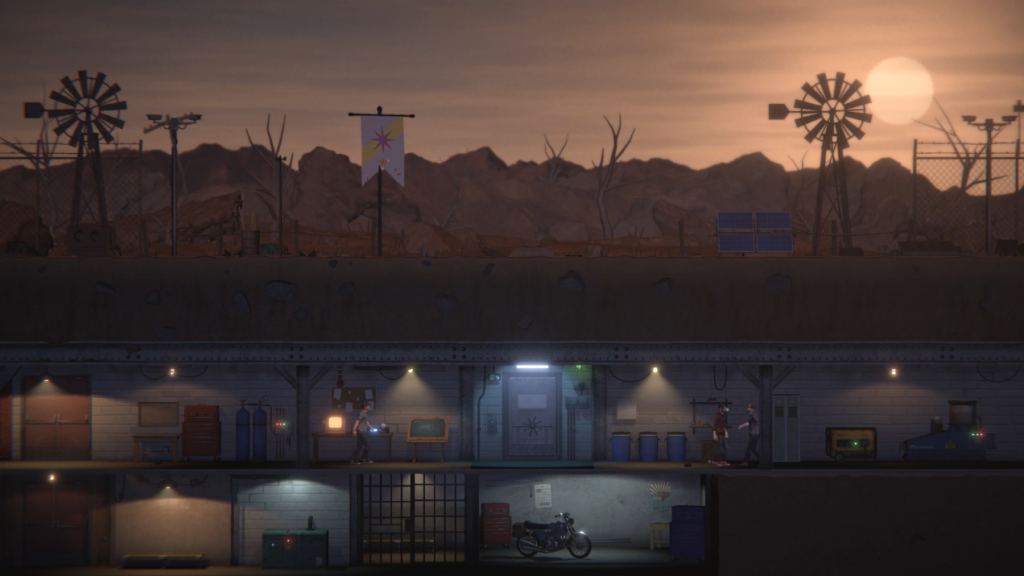 Sheltered 2 is visually designed as a 3D environment through is experienced through a 2D window you can circle around using the WASD keys. Most of it takes place in its old bunker military bunker, with the bleak aesthetic of old fallout shelters: full of cans of food, a generator, and a water purifier. There are a lot of items in this game and even more to deconstruct. Helpfully, there are descriptions of different weapons, books, foods, and goods. I highly recommend using the in-game glossary as there’s a lot to know beyond the in-game tutorial.

Attention to detail is key in developing your bunker. You can partition walls to make rooms bigger or smaller, each room with its own heating, cooling, lighting, and cleanliness. You can segment rooms off into whatever function you like, from a working freezer to a thriving indoor potato farm to grow your sustenance away from the dangers of above ground. The possibilities are varied and each wall and door serves as resistance in terms of breaches. On top of this, there is an in-game medicine cabinet to manage that needs to be stocked with properly preserved supplies to prevent things like radiation, food poisoning, or to mend a simple broken bone or bleeding during combat. There is also a food pantry, water purification systems – there’s just a myriad of duties needed to be maintained in the shelter, else face a slow death by starvation or dehydration.

While exploring the world, your player will occasionally engage in encounters, where they can trade, attack, or flee. This initiates combat, which works in a standard RPG fashion in that you can fight, use special abilities, items, or try to escape. It also implements a targeting system just like Fallout’s VATS system, where different areas of the body can be targeted. There are also tactical RPG mechanics in terms of positioning (front or back row) and special abilities to be used. In terms of abilities – depending on the skill used, area-targeted, and weapon of choice – there is the option to knock out enemies, poison or take the wind out of foes, and of course: escape. Achieving certain setups or combinations, such as hitting someone in the head repeatedly to knock them out over killing them. There are also different types of melee or ranged weapons to use in combat (or fists), each with its own perks or strengths depending on your character’s perks. Adding to this is equipment characters can use such as body armor, binoculars, and bags to help add more carry weight. Combat is also not exclusive to people: there are animals to battle with too: big ones such as wolves or even a bear. 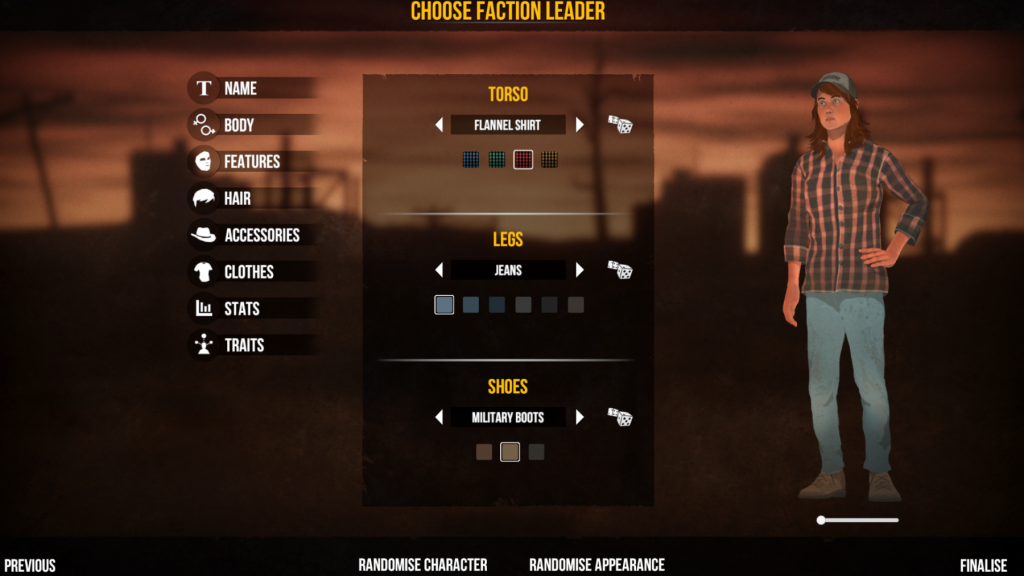 The game is tracked by passing days, each with its own unique weather. As time passes, each character has to fulfill a basic need. Sometimes these are straightforward physical ones, like eating or sleeping. Sometimes they are mental where they need to keep their happiness high or else suffer from depression. Keeping these stats up is hard, and requires having enough food and water while also going out and exploring. While accomplishing tasks, factional goals become unlocked, granting bonuses such as better crafting items and structures, which are things you’re going to want to unlock immediately. It’s also encouraged to almost always send a party out to scavenge, as much like the board game Dead of Winter, having them outside costs nothing for in-game food and water resources, and only costs a portion of food rations. You can also automate survivors in the bunker so that they’ll automatically consume their food and water levels when needed, though they’ll still need commands imputed to be assigned work tasks.

I will stress, the most frustrating game-breaking mechanic in the game has to be the weather. It’s poorly explained and unfortunately, glitched. Water is sort of critical for maintaining hygiene, farming food, and preventing dehydration, and yet, some days when it was promised to rain to refill our water supplies: it just never did. This lead to an almost all-out slow destruction of everything in my settlement as people slowly dehydrated themselves to death.

The other big issue I had with progression was another glitch: as the game’s indoor planters sometimes were unable to harvest vegetables despite being fully grown and ready. This was due to a lack of power? A feature that’s also poorly explained, and despite the fact that I specifically put multiple windmills and powered down every electronic in the game just to generate a fraction of power for indoor plants to feed my people, to no avail. I stress not being able to do the basics of food and water is a major issue given how dependent this game is on survival — potentially ruining tens of hours of gameplay over a few glitches.

On the positive side, you can deconstruct and reconstruct any structure to also fix some glitches such as the defunct indoor planter. You can also have a smarter character rebuild any partially deconstructed structures to make them better structures with more durability. Though none of this is how the game is meant to be played, finding these little exploits may be the only way to play given how ridiculously complicated the game can be.

With Some Spit And Polish, Sheltered 2 Could Be A Welcome Sanctuary For Survival & Strategy Fans 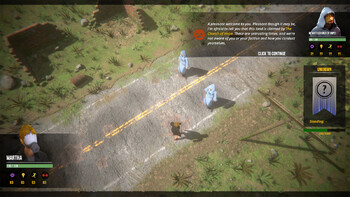 I do think the game is fun and wouldn’t have put over 40 hours into it if it wasn’t. I also really enjoyed the in-game bartering system where you can trade goods with factions. It’s fascinating, as the difference between 3-starred versus 1-starred items means absolutely nothing in terms of function, but rather is just a fun way of using the bartering system to buy low and sell high.

I must stress: there are  A LOT of quests you can take on in this game. The map is huge and requires sending scouts out consistently to find all of the game’s sprawling areas to scavenge. As the game goes on, it’ll also be necessary to find a locomotive, as travelling too far from home on foot carries its risks of death, yet at the same time, it’s necessary because of all the scouting and scavenging. Though it takes inevitable confrontations and the build-up of stats like strength or dexterity using the in-game gym to even get to that position.

The End Has No End

Sheltered 2 is easily one of the most complicated games I’ve ever played. It’s fun if you liked the original Sheltered, or Fallout Shelter, and in many ways, it’s an upgrade of those apocalypse bunker sims. The issue, however, is that despite all of the game’s improvements and complexities, its overambition is also its biggest downfall. The core mechanics of its basic survival necessities of maintaining food and water are at the moment glitched, and any progress is meaningless because it will inevitably lead to a time-wasted end where resources inevitably run out two weeks in. As of right now, there are no ways of replenishing water save for bartering (if you’re lucky enough to find a faction with spare water), and so because of this, I can’t give this broken game a good review. With some updates to fix the bugs and polish off the post-apocalyptic dirt from this potential jewel, Sheltered 2 might be able to fulfil its lofty ambitions. 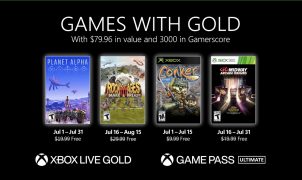 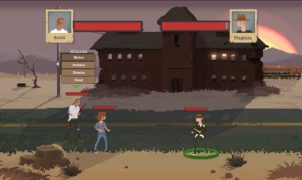 Survive The Apocalypse In Sheltered, Now Available On Nintendo Switch

No doubt about it, SEGA took some considerable risks when they decided to change their established formula so radically for Yakuza: Like A Dragon. But in the end, I…