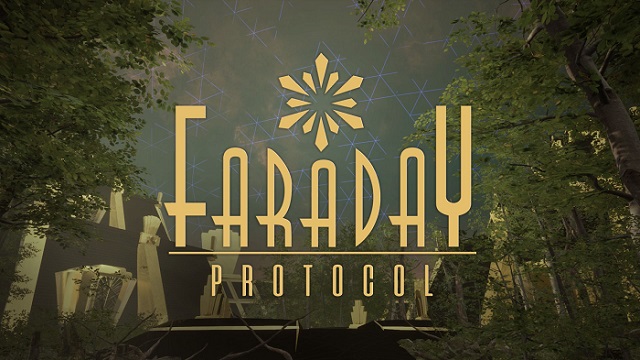 Puzzle games with the levels of depth that Portal and The Talos Principle bring are few and far between, which makes partaking in them like enjoying a rich chocolate. They’re not something you want to devour hastily. I walked into Faraday Protocol expecting a taste of this brain massaging richness, but does this protocol live up to standards, or does it confound without reason? Let’s find out! 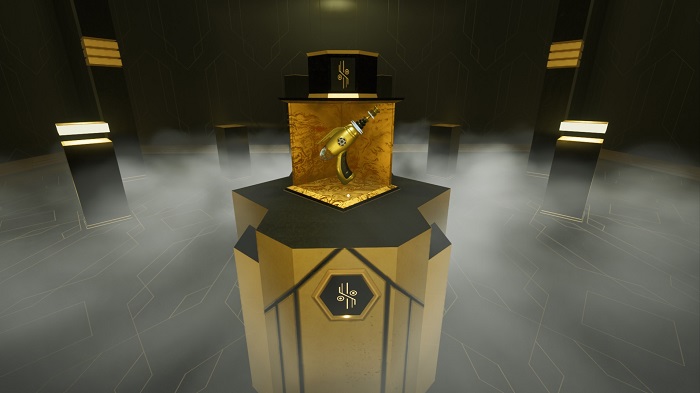 I don’t think you’ll be killing any zombies with this ray gun.

The game starts off simple enough, with you waking up in the character’s spaceship with enough white and curves to be mistaken for an Apple advertisement. You’ll interact with a console, then make your way out to where the rest of Faraday Protocol takes place. Outside, the game greets you with a visually contrasting design of chunky gold and black ziggurats with architecture that I can only describe as something between Egyptian and Incan/Aztec, with hints of Art Deco sprinkled in. The designs are far from eye candy, but the randomly interspersed statues and light fixtures evoke an alien-esque minimalism that keeps the landscape from growing too drab. I should note that the game runs just fine on my 1080 Ti, without a stutter nor slowdown to be seen.

Once you head into your first ziggurat, the game truly begins as you encounter your first puzzle. Here’s where the real meat of the game lies. When I first played Faraday Protocol, I noticed quite a difficulty increase, quite a bit sharper than ones found in other puzzle titles similar to this game. The key device here is a raygun you pick up early on that essentially allows you to transfer energy between devices. You can use this handy tool to do anything from powering conduits to creating circuitry. The devices and mechanics you’ll be interacting with will quickly start piling up. There’s a good amount of different puzzles, too, from matching color or symbol patterns to wiring puzzles. 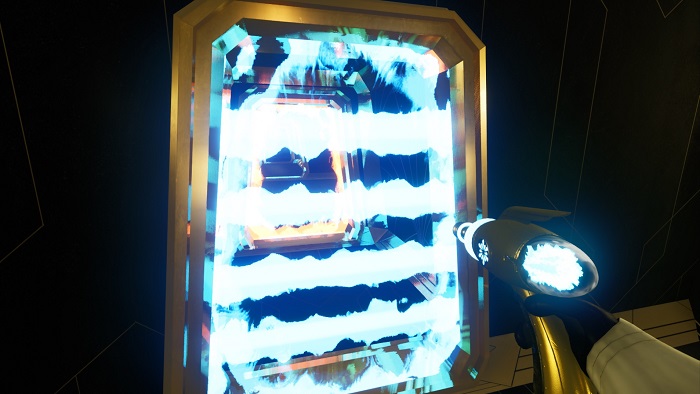 The thing is, there’s no actual tutorial to follow here. Arguably, this makes the experience feel more organic, but that fluidity shatters fast when you come across a mechanic that you just don’t get. For example, I had this issue with the colored gates, and to this day, I still don’t 100% understand how they work. I made sense of it in time for some of the more demanding challenges, but players who struggle to understand one or more pieces of the puzzle will feel punished. There should’ve been an option to either guide the player, or let them experience the learning curve themselves by their own hand, not force them to comprehend the game’s more vague elements or give up.

I will say, there’s one thing that this game does very well in making the puzzles more manageable, and that’s its way of compartmentalizing its puzzles. Smaller puzzles make up the large-scale ones, refraining from overcomplicating themselves by limiting the amount of mechanics that leak from these smaller rooms into the other parts of the puzzle. This, in my opinion, is the game’s greatest strength and kept me from feeling lost because of one errant puzzle piece I left behind way earlier. In addition, when you complete a puzzle, there’s a small audio cue to let you know something activated, which makes it even easier to keep on track and not guessing as much. 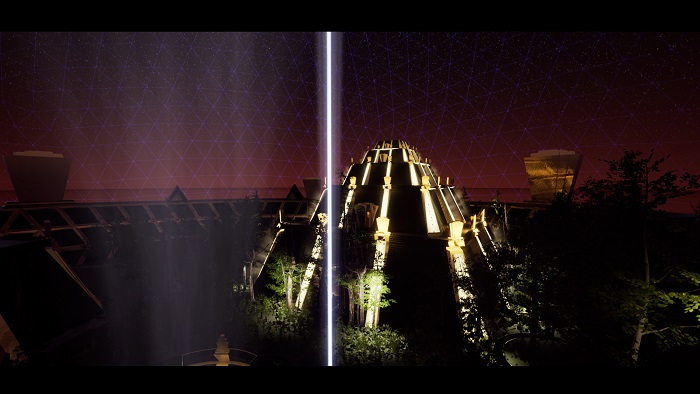 You’d be forgiven for thinking this was an exhibit at Vegas.

The audio for Faraday Protocol is pretty barebones. Not much to report on for sounds, other than the droning hum accompanying most of the chambers. There’s a bit of voice acting amongst the main character (who sounds exceptionally Russian) and resident AIs. Unfortunately, most of the AI jabber is made up of rigid, pre-recorded lines, leaving the rest of the dialogue to be recordings the main character makes when he does speak.

This brings us to the story next. While the calls to some spacefaring alien program seem neat on paper, the sparseness of dialogue and content made it hard to keep interested. It does the bare minimum for storytelling, which I didn’t mind myself since I was mainly there for puzzles, but I couldn’t help but feel like the wild aesthetic and concept should’ve been given more room to grow by adding a few odds and ends mid-puzzle in ways like the Ratman dens from Portal. Nevertheless, it doesn’t take much to liven up the story, plus it gives reason to screw around and find hidden secrets that aren’t just pointless collectibles. For lack of better explanation without spoiling things immensely, there was definitely a glimpse of something unique that didn’t get the treatment of depth that could’ve made it so much more intriguing. 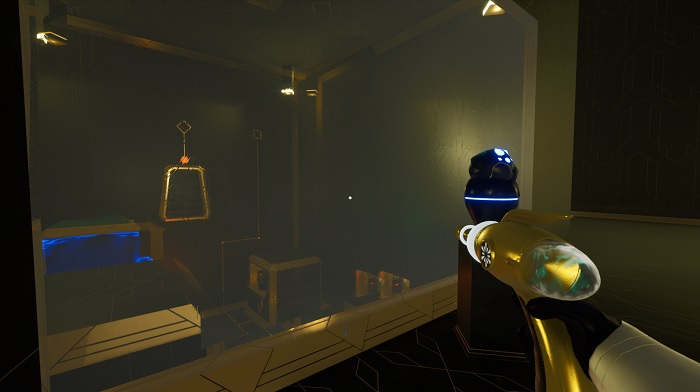 It’s a puzzle within a puzzle. Puzzleception!

All in all, would I recommend this bizarre brainteaser? The difficulty has more ups and downs than a roller coaster, the ziggurats aren’t the only things with some rough edges here, and the tutorial was a no-call, no-show entirely. Yet, I found my brain releasing its happy juice in fairly similar quantities that puzzlers of this type have given to me before. The way some of the puzzles fit themselves together was rather elegantly designed and flowed with a level of cohesion that kept my experience consistently pleasurable.

At its core, Faraday Protocol does what it needs to as a puzzler and has all the necessary elements to deliver a compelling experience, but it needs refinement in a few other aspects before it can really shine. I would’ve loved to see a more cohesive tutorial system for guidance, and maybe some more sprinkles of story stuff scattered around. As it stands, if you’ve got the time to sort out the hows and whys to the game’s many mechanics, I can’t think of any reason why you shouldn’t give Faraday Protocol a good old college try.