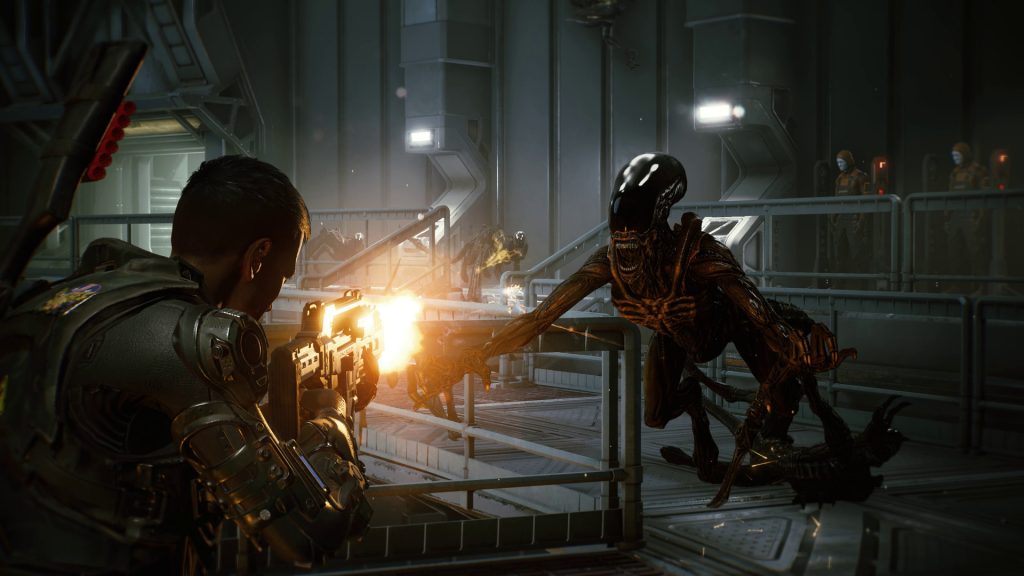 Cold Iron Studios’ latest effort, Aliens: Fireteam Elite, has the unenviable task of trying to create a splash with a license that has been extremely hit and miss when it comes to video game adaptations. On one end of the spectrum is Aliens: Colonial Marines, released in 2013 by Sega, having been developed by Gearbox Studios. As has been well documented, the end product was a disaster, equaled only by the deceptive marketing campaign which preceded it. Alien: Isolation, on the other hand, was a delightful survival horror experience developed by Creative Assembly, that tapped into the famed dread and tension of the first movie. 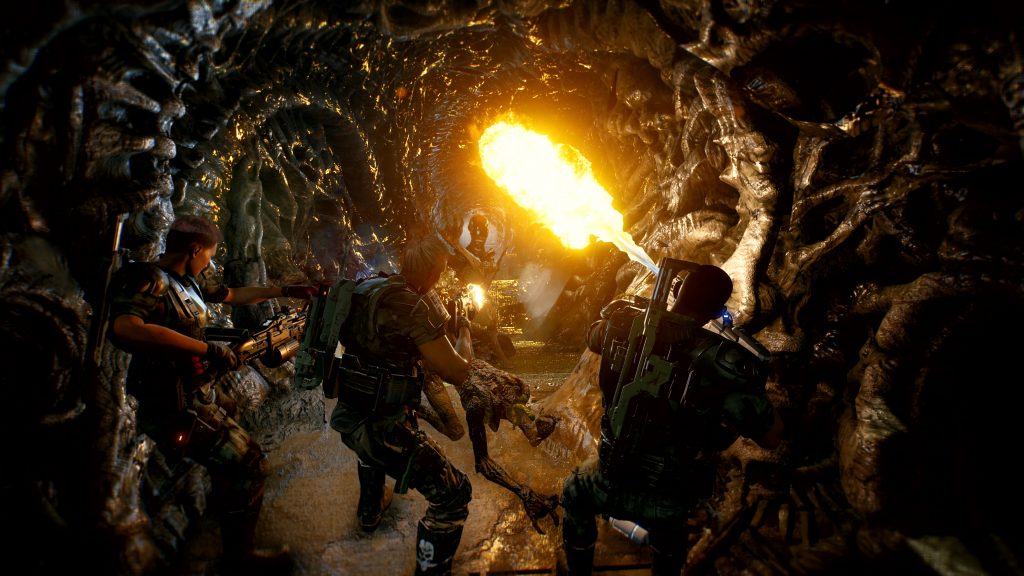 Aliens: Fireteam Elite falls somewhere in between these two extremes. However, it is with great relief I can confirm that it’s far from the unmitigated disaster that Colonial Marines was. What we have is a squad-based horde shooter that follows a familiar template. Teaming up with two other squad-mates, controlled either by the questionable AI, or your co-op partners of choice, you’ll take on a series of twelve missions. These are split evenly across four separate campaigns that will see you exploring numerous locales, either inspired by the movies or taken directly from them.

There is a narrative here that loosely ties all four campaigns together, and if you even have a remote interest in the Alien franchise, you’ll know the drill. A team of Colonial Marines is sent to investigate a derelict ship, things quickly go south, and a dastardly conspiracy involving the Weyland-Utani Corporation comes to the surface. Whilst you would expect the narrative to largely serve as an excuse for you to lay waste to Xenomorphs, it does flesh out the Alien universe in some pretty neat ways that I’m sure many will appreciate. In a genre where narrative often is an afterthought, it was nice to see the developers go the extra mile and deliver a story that actually builds upon the lore in a manner that feels relevant to the wider franchise. 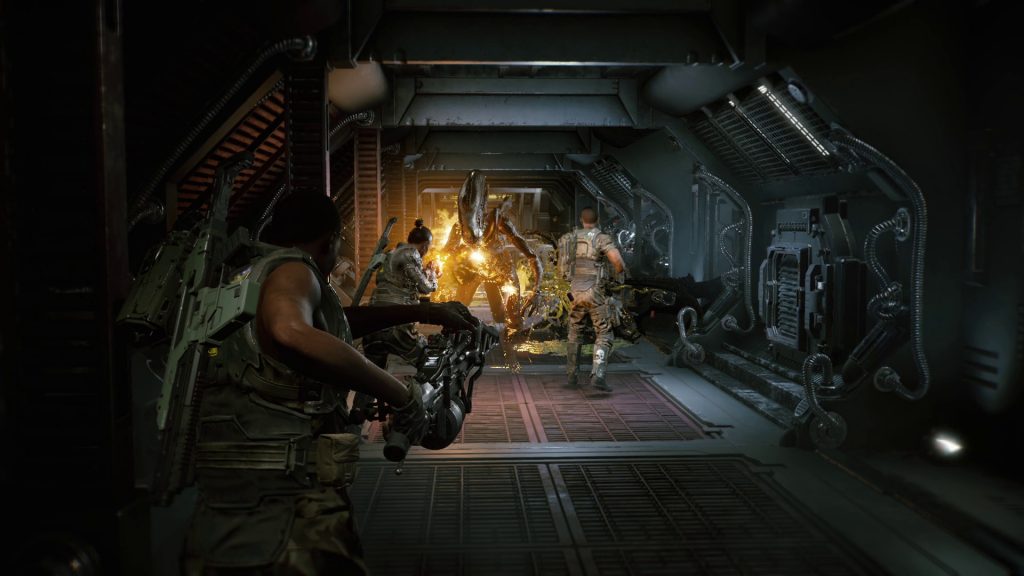 And what a joy it is to lay waste to wave after wave of Xenomorphs! A horde shooter is doomed for instant failure if it doesn’t offer gratifying combat. Fortunately, Aliens: Fireteam Elite certainly delivers in this regard. Players can choose from five classes, each with a bespoke suite of weapons, gadgets, and abilities to play with. The Demolisher naturally specializes in heavy weapons, with the Gunner also excelling in putting out immense damage and buffing the fire rates of squad-mates. The Technician and Doc classes are more support-based. The former focuses on crowd control (which you will need, trust me), whilst the latter focusing on, well, you can probably work that out yourself from the name of the class.

There is a final Recon class, which becomes available upon beating the fourth and final campaign, that specializes in long-range damage and enemy debuffs. Admittedly, I didn’t spend much time as Recon, given how invested I had become in the other classes during the course of my campaign playthrough. The variety between the classes lends itself to some truly destructive synergy. Honestly, I challenge you not to sit there with the biggest grin on your face as your Technician sets out electrical pylons to slow enemies down, whilst your Demolisher uses his rockets to thin the Xenomorph numbers with ease. 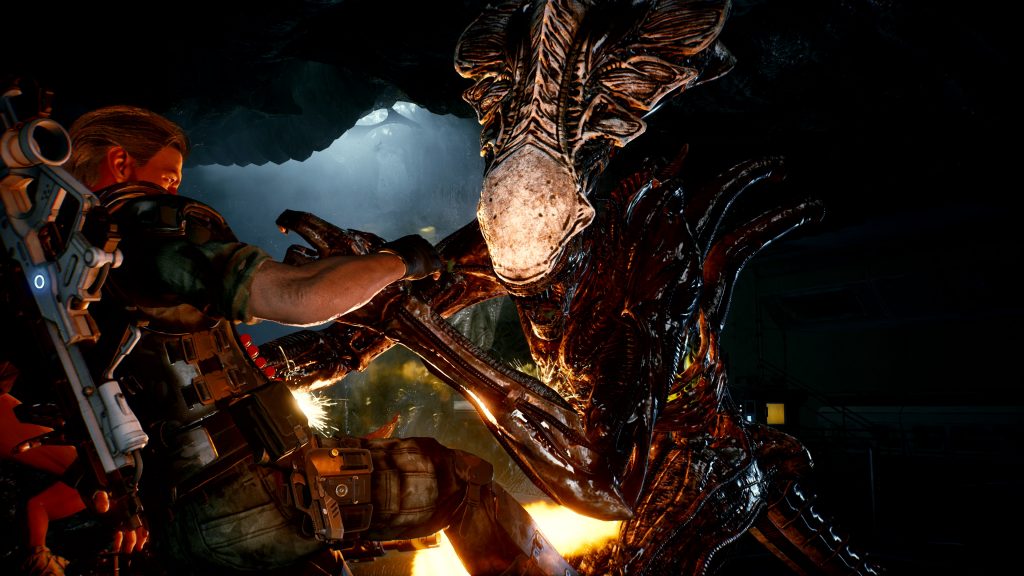 No matter which class you choose, each control with the level of precision and responsiveness required of a game that insists on throwing vast amounts of enemies in your direction at once. The gunplay is tight, and the class-specific abilities mapped to the shoulder buttons (when playing on a controller, of course) are all on relatively quick cooldowns. Thankfully, this means you’re never more than a few seconds away from being able to deploy your favorite tools of destruction.

It’s a good job that the controls up to scratch because things can get hectic, to say the least. The developers certainly aren’t shy of overwhelming you. It’s during these moments when you’re hunkered down towards the end of a mission, almost out of health and running out of ammo, that the experience truly sings. Various Xenomorph types, ranging from the familiar-looking Warrior to the exploding Burster, will attack from all angles. The surprising amount of enemy variety means you will always be making split-second decisions as to what foes to prioritize taking out, lending a nice tactical layer to combat encounters.

It all looks great in action as well. Whilst your hardware of choice won’t be pushed to its limits, for a smaller budget title, the graphics are more than serviceable. Performance, at least on the PlayStation 5, was also solid. Running at what felt like sixty frames, for the most part, I only noticed a touch of slowdown when things got especially crowded on screen. Attention to detail is also top-notch, with plenty of fan service to be found throughout. Whether you’re marveling at the architecture of the Engineer’s homeworld or recoiling in horror whilst an Alien egg peels back as a face-hugger comes scurrying out, plenty of the iconic art direction and imagery from the movies has made its way across to Aliens: Fireteam Elite. 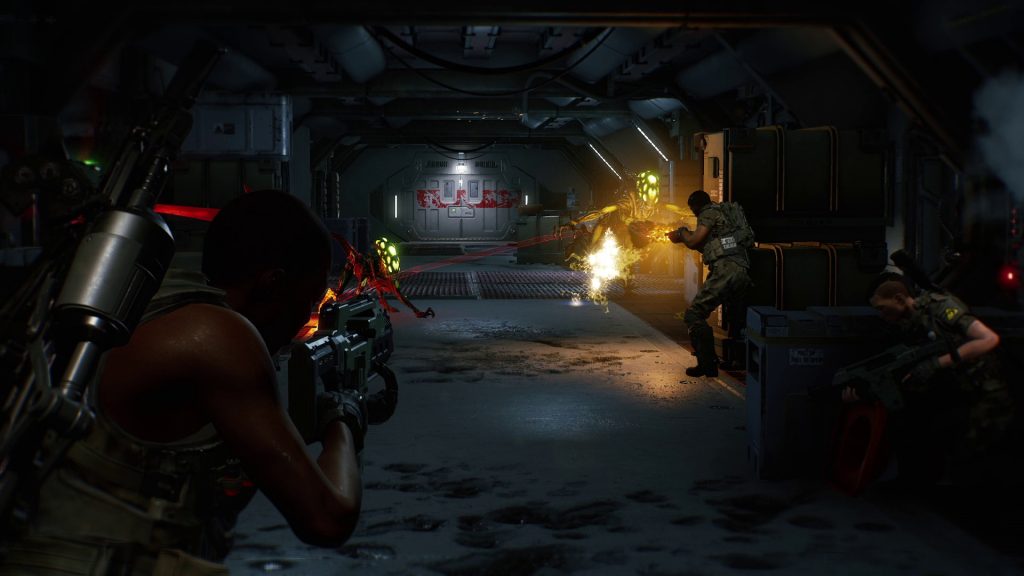 Unfortunately, the immense fun there is to be had doesn’t come completely without caveats. Level design, for instance, is very one-dimensional, each following largely the same template. You’ll traverse cramped corridors, engaging in smaller skirmishes, usually followed by defending an objective in a larger area.  Levels then generally conclude in a larger set-piece which tends to be where things get the most chaotic. However, even these end-of-mission showdowns do little to add variety, with the developers just using these final moments to increase the enemy count to hilarious levels.

Contributing further to the sense of repetition is the lack of randomized enemy placement. The routes enemy waves take seem to be largely pre-determined, with only the special enemy types that will invade at certain points being randomized.  It’s a shame that Cold Iron Studios didn’t implement a system like Left 4 Dead’s director, which randomized enemy placement and types to such a degree that each campaign run felt fresh. Something like this, working behind the scenes, would certainly assist in providing Aliens: Fireteam Elite with the emergent gameplay moments and longevity some of the best titles in this genre have been known for. 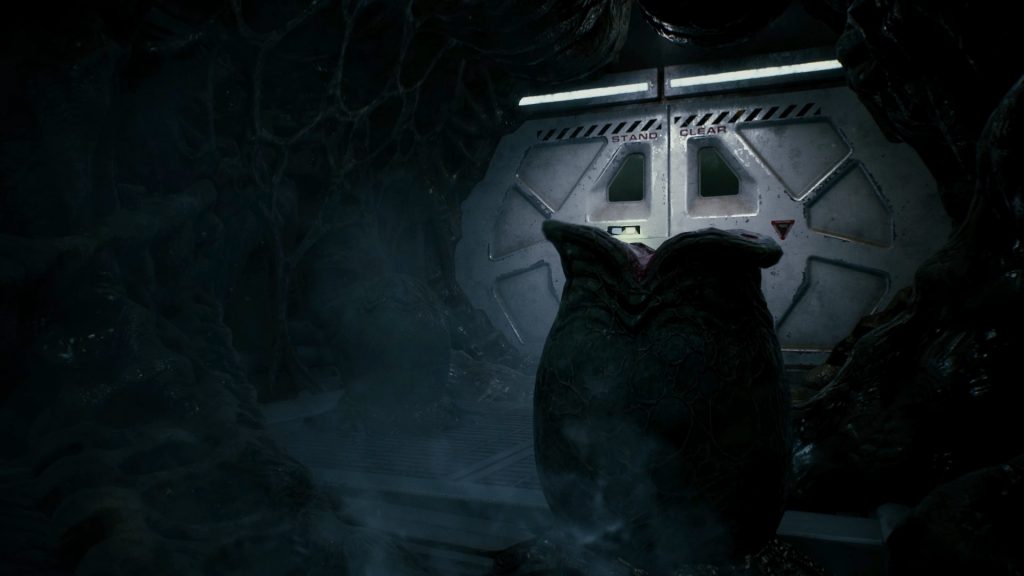 I still believe that the core experience is such a blast, however, that Cold Iron Studios has a decent shot at retaining a dedicated audience. There are also progression systems that promote long-term engagement, which should assist in this. Each of the classes can be leveled up via experience accrued after completing a mission, which in turn unlocks various perks and additional weaponry specific to the class you’re playing as. Individual weapons can then be ranked up through use, which helps unlock bonuses specific to that weapon such as increased reload speed or fire rate. There is plenty of variety in the weapon selection as well, from the iconic pulse rifle to various flamethrowers and shotguns which many will recognize from the movies.

Shaking things up further are the Challenge Cards, which can be obtained either through purchasing via in-game currency or as rewards for the completion of daily challenges. These act as modifiers, ranging from beneficial ones that double your health for the duration of a mission, to more onerous variants that require you to take a certain amount of damage cumulatively across your team, which will then reward you with bonus experience upon mission completion. Challenge Cards don’t provide radical shake-ups, but they do act as a neat way to change the pace of a mission for anyone who decides to stick around in the long term.

There is also the promise of post-launch support from Cold Iron Studios, with the usual mix of paid cosmetics and free playable content to be added across the next year, and if the developers can hit a steady cadence of new additions for players to dip into, this could go a long way towards helping retain a healthy player count.

Despite issues with repetition, Aliens: Fireteam Elite delivers where it counts; in its core gameplay. When you’re in the moment, obliterating hundreds of enemies using iconic weapons, against the backdrop of stunning locations that tap into the amazing cinematography the Alien franchise is known for, any shortcomings almost seem irrelevant. And, with the promise of free playable content to come across the next year, the rock-solid foundation which Cold Iron Studios has built could turn into something truly special.

Full Disclosure: This review is based on a retail copy of Aliens: Fireteam Elite 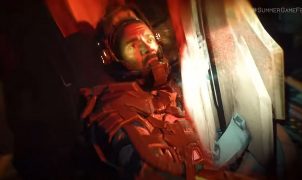