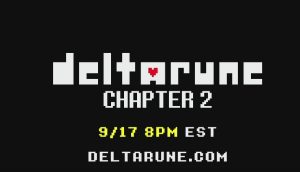 During a stream to celebrate the 6th anniversary of Undertale last night, developer Toby Fox announced that the next chapter of Deltarune arrives this Friday, September 17th.

Deltarune Chapter 1 released around three years ago. Toby Fox has always maintained that multiple additional chapters are on the way but updates have been scarce. At times over the last few years there’s been talk of releasing the remaining chapters all at once. An update after this reveal clarified that multiple additional chapters are yet to come. Chapter 2 will be the next part of the game but not the rest of it.

Unlike Chapter 1, Chapter 2 won’t be free. A price is yet to be revealed but all indications are that Chapter 2 will be available on the Deltarune website. There’s no sign of a Steam release or anything like that. While it is a safe bet that it will eventually show up on platforms like the PS4 and Switch as the first part did, for now the only release will be for PC and Mac. If nothing else, we’ll have more details tomorrow night when the game goes live. Until then, you can check out the trailer below. 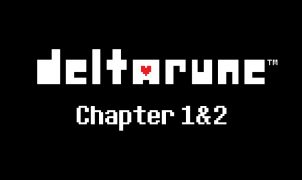