The Delays Just Ain’t Over Yet 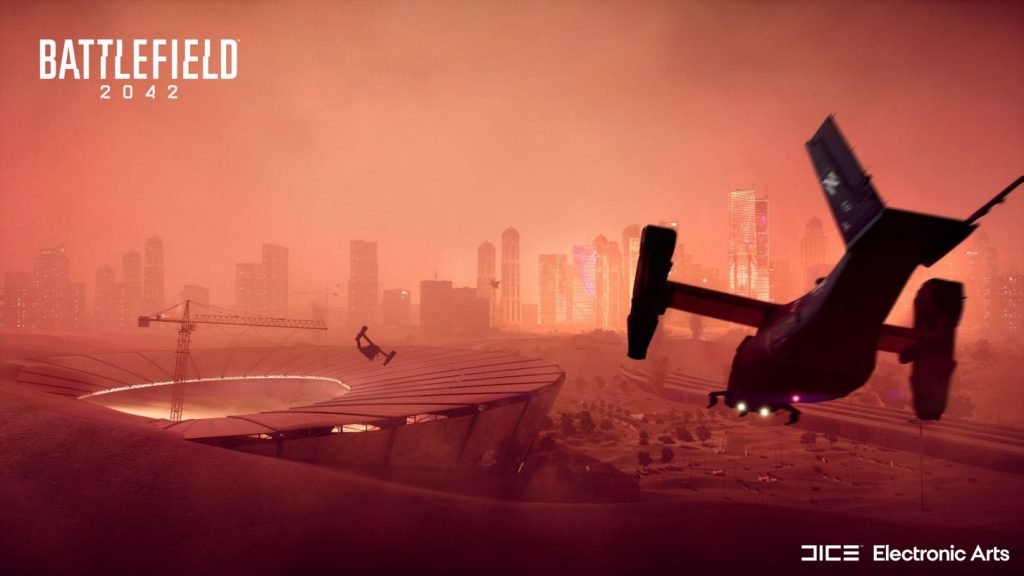 Fans of the Battlefield series have been waiting on pins and needles for the release of Battlefield 2042. They’ll need to stay there a little longer.

The development team tonight announced that the game will be moving from an originally planned October 22nd release date to November 19th. The wait won’t be too long, even if this delay is still a bit of a bummer. 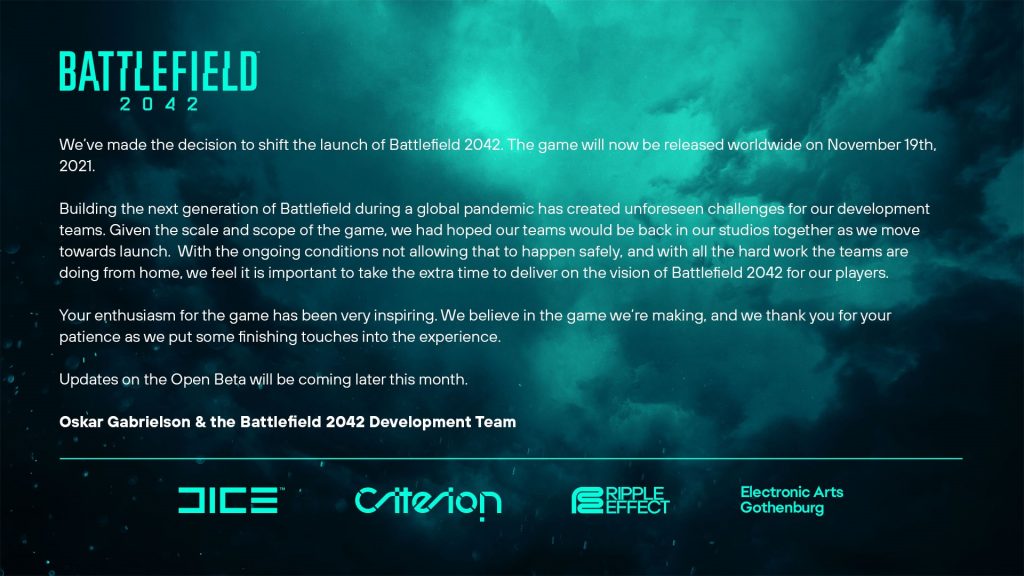 I could go on about the list of delayed games in recent months but at this point its almost a cliché. These announcements keep coming for game after game. Some have only seen slight delays. For others the wait has been longer. The pandemic has challenged many developers and we’re likely not done with this sort of announcement.

You can check out the message from the Battlefield 2042 development team above. Hopefully soon we’ll still all be able to check this one out. The delay does set up an interesting show off with the Call of Duty team. Vanguard was set to release two weeks after Battlefield. Now it will be two weeks before it. Will this make a difference in what game players pick up? Only time will tell. You can check out a recent trailer for Battlefield 2042 below.