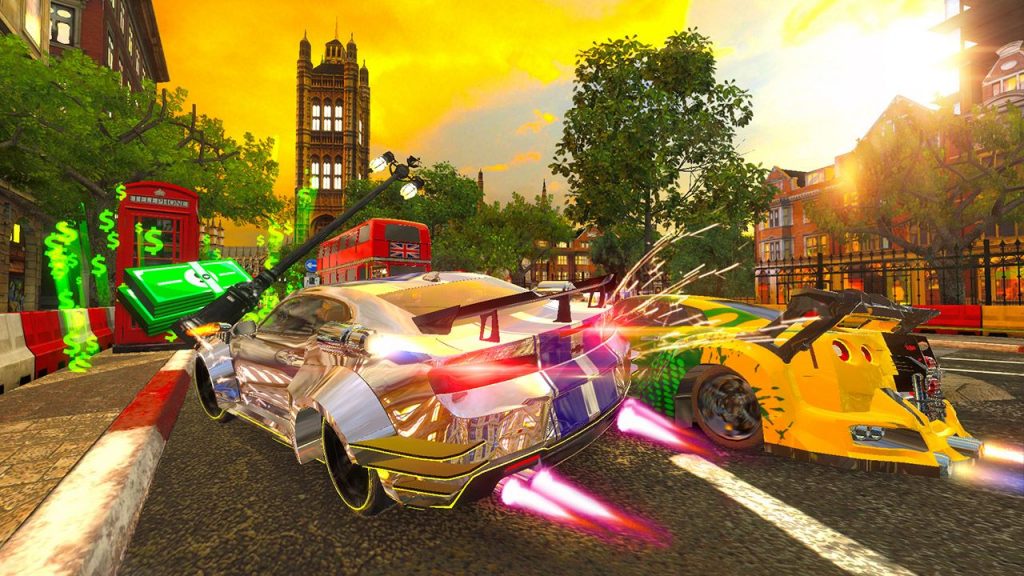 In recent years we’ve seen a consolidation of many genres. Building games for these new platforms gets expensive fast, so smaller developers need to make games with big selling potential. Unfortunately, arcade racers don’t always sell millions of copies, so we don’t get a lot of them. That’s why I was so excited to hear Cruis’n was returning to arcades with Cruis’n Blast in 2017. I was downright ecstatic when a home port was announced earlier this year.

The Cruis’n series had a moment in the 90s. They were never the most complex games or the best playing ones, but they had an energy that could be addicting, especially one quarter at a time in the arcades. Home ports sold well, and, for a few years, these games were everywhere. Then they just mostly stopped. Before Blast, the last original game in the series came in 1999. In 2007 the name was dragged out for a Wii version of The Fast and the Furious arcade game, which didn’t have the film series’ license, but that’s the last time we saw any hint of this series on consoles. 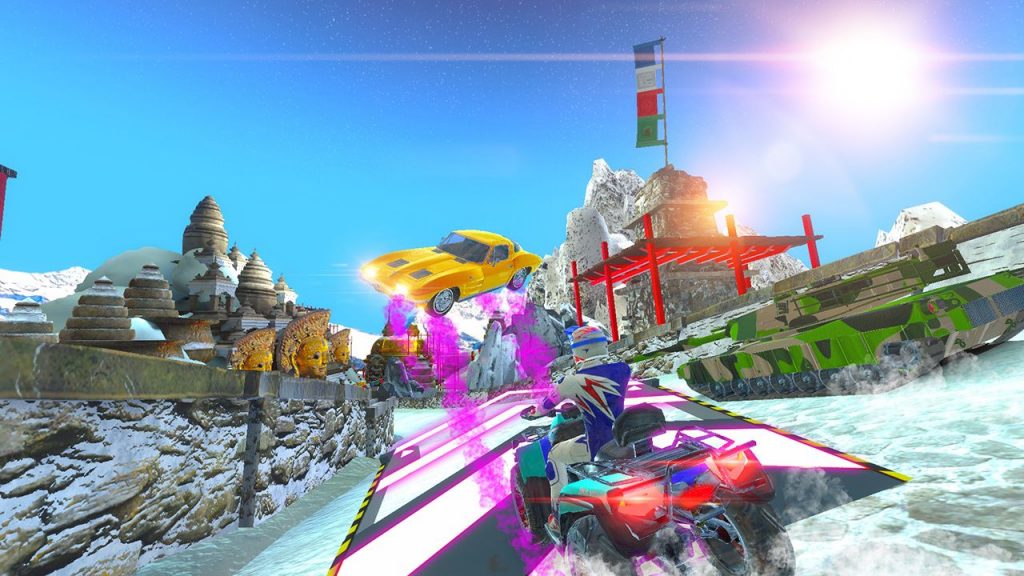 Cruis’n Blast captures the series’ energy with exciting racing and a wide variety of tracks. This is still a simple game. Hold a button down to drive. Drift around corners. Use your boost at the right times. Perhaps steer a bit if the feeling takes you. Cruis’n has always been simple, even for an arcade racing series, and Blast is no different.

For a time, though, Blast is fun. The levels have personality, and the soundtrack does a great job of capturing a cheesy 90s feel which I love. There’s a ton of money to find in each level and keys to locate which unlock upgrades to your vehicle and additional vehicles. Each of the game’s six tours has its own twist. One has a UFO chasing you and zapping things. Another has dinosaurs running around, causing havoc. One has police cars getting in your way, capturing a loose version of the feel of something like Need For Speed Hot Pursuit. They provide welcome variety and new vehicles to unlock. Want to race as a triceratops? You can. Just don’t ask me where that speed boost is coming from. I really don’t want to know. 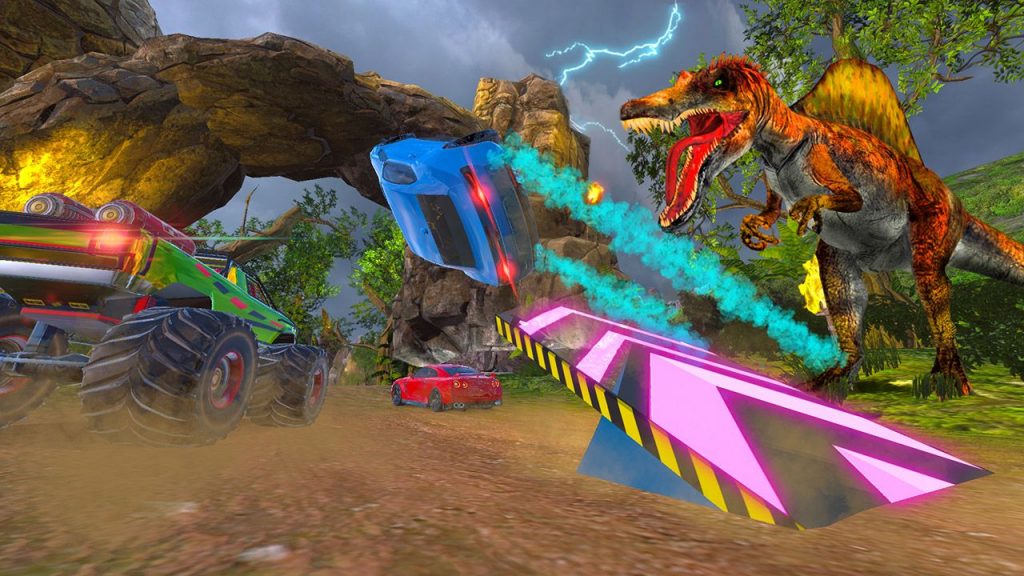 The team at Raw Thrills added a ton of new levels to this home version of the game. While the arcade version only featured five tracks to race on, there are nearly thirty here. That may sound like a lot of effort, but sadly it isn’t as much as you’d think. The core gimmick of each tour is shared across all four levels in it. The levels themselves often feel like light adjustments of each other, too, with many featuring the same stretches and set pieces. They aren’t distinct, and there are no real standout tracks.

I mentioned how little you actually have to steer above as well, and it’s kind of absurd. Simple pick up and play gameplay is great, but this may go a bit too far. The car pretty much steers itself as it bounces off walls. You won’t win many races without touching the control stick at all, but you’ll do better than you might expect. Environments have no weight to them. You go right through many parts of the environment with no impact at all, like a ghost.

Perhaps A Bit Too Simple 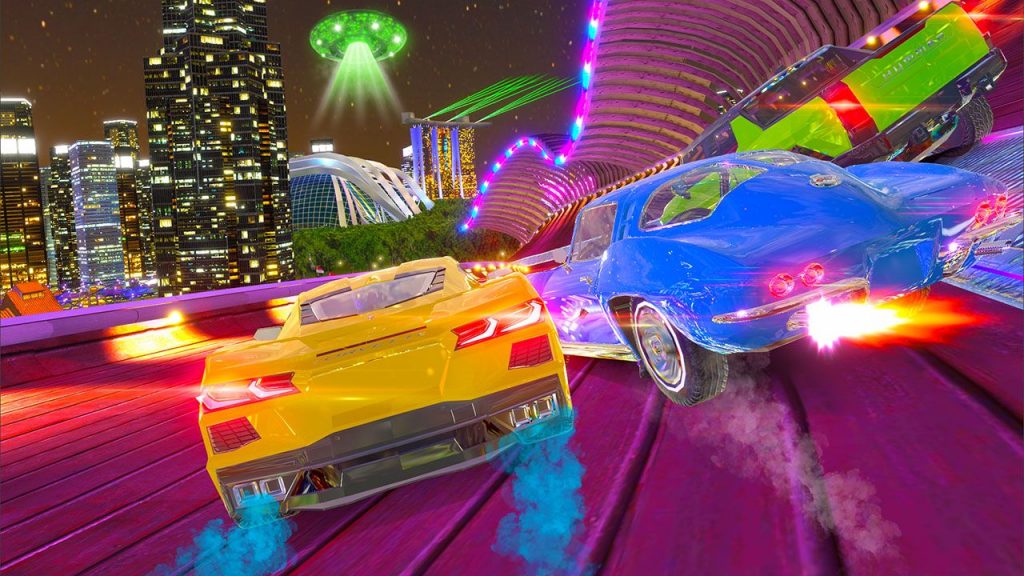 It never really feels like you’re in a race when playing against the computer. Or at least not one against the field. Opponents go racing off into the distance early in the race, and only those cars directly around you feel like they exist until you pass them, then the next few show up a little ahead of you. It makes it almost impossible to lose badly or win by a lot, regardless of the difficulty. I felt only the slightest difference in how I placed whether I was playing on hard or easy mode. Either way, I was likely going to be neck and neck in the final stretch. Make sure to save some boost for the end of the race; it’s the only time you’ll really need it.

Some sort of career mode, or anything to keep single-player fans engaged, would have helped here. Time trials aren’t getting it done. The development team did add gyro controls which is a nice touch, but in practice, they feel like a major step down from the game’s default control scheme, which is relatively tight and left me feeling in control. Gyro controls are instead stiff and require you to practically twist your whole body. 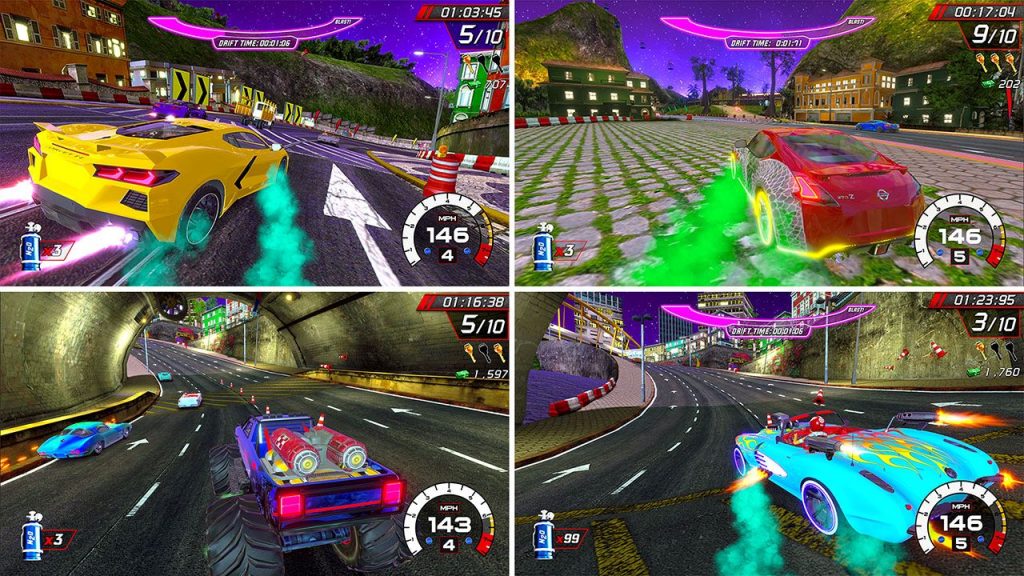 None of this matters when you get to the multiplayer options, but that highlights the game’s most glaring omission. You can play split-screen or connect with another system for up to four-player racing. Cruis’n Blast could actually be a great game for situations where you’re hanging out with people who don’t play games. They’ll pick it up quickly, and there’s high-speed fun to be had.

You’d better have friends nearby to play with, though, because somehow, in 2021, a racing game is launching without online play. This feels like it should have been a no-brainer. This isn’t a ten-dollar budget game; there’s no good reason such features couldn’t be here. Nothing the development team could possibly have done would have added more value to this package. With single-player growing repetitive quickly and most of the game’s content able to be unlocked in only a few hours, without this, the game will quickly wear out is welcome for anyone without friends to play with.

If you have friends to play with regularly, Cruis’n Blast can provide light arcade-style thrills. With over-the-top courses, a catchy soundtrack, and simple gameplay, there’s fun to be had. There’s just not enough content to justify it for anyone else, though, especially when basic features expected of the genre are missing.

Full disclosure: This review is based on a copy of Cruis’n Blast provided by the publisher. 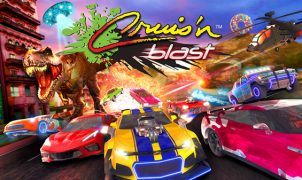