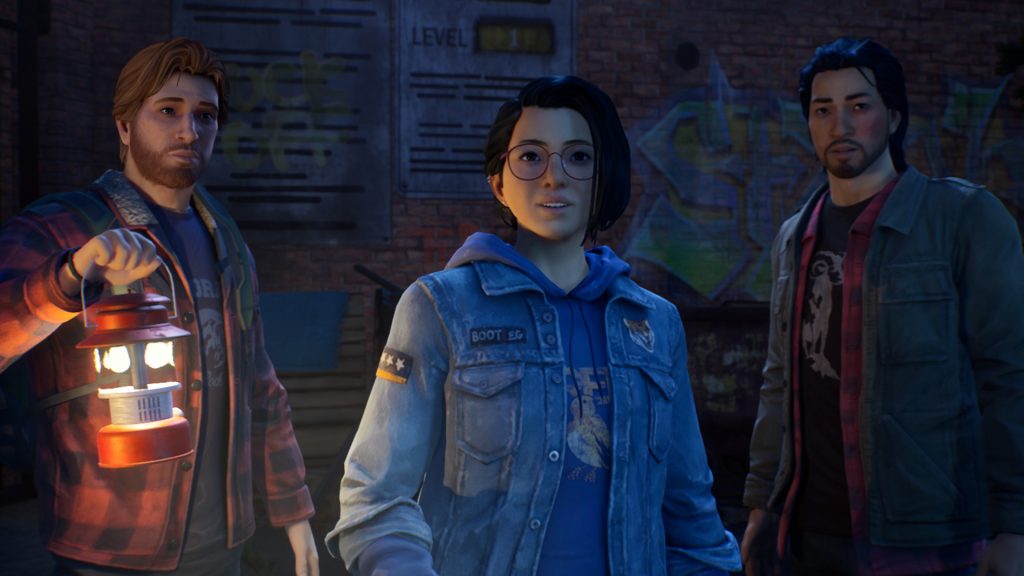 It’s almost like Life is Strange: True Colors wants me to hate it. What should be a wonderful, emotional scene early in the game, is undercut for me by featuring the Kings of Leon album “Mechanical Bull.” For years, I’ve maintained that they’re trash and that their song “Use Somebody” may be the worst ever written. My wife and I heard it for the first time in probably five years a few months ago, and she just turned to me, saw the look on my face, and laughed at me.

Despite this, I’ve somehow come out the other side of True Colors as a huge fan. Introducing one of my favorite new protagonists in years, a fascinating mystery, a wonderful town full of interesting characters, and what is otherwise a strong soundtrack, this is a game any Life is Strange fan needs to check out. 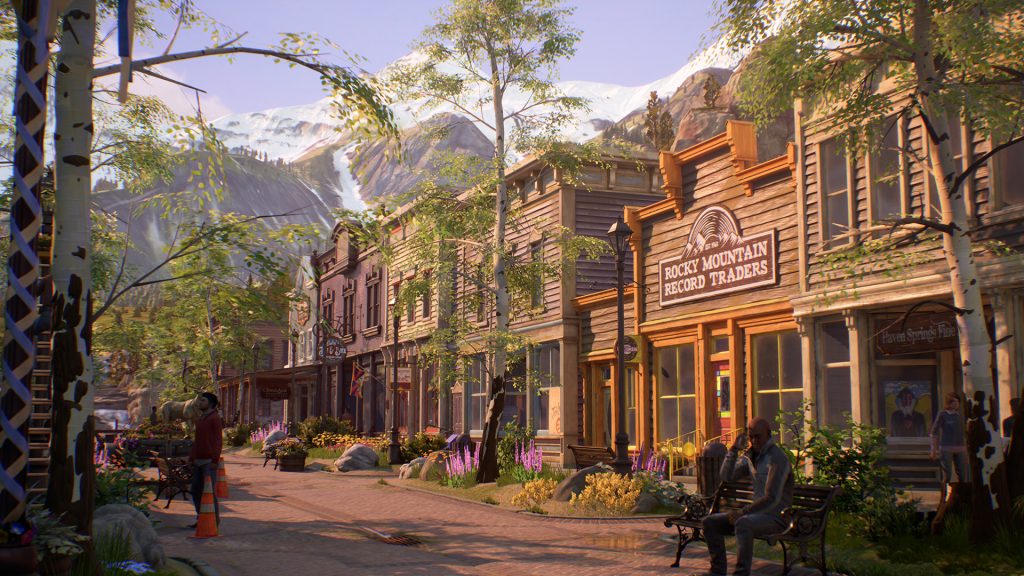 You play as Alex Chen. After a variety of family issues years ago, she ended up in the foster care system, and her older brother Gabe ended up in juvenile detention. Despite his troubles, he got his life together and has ended up as a bartender in the small mining town of Haven Springs, Colorado. His life is going great. He loves his job, his girlfriend, and her son. He’s fit right into the small, tight-knit community and wants that for his younger sister as well. After a lot of searching, he tracks her down and arranges for her to join him.

Of course, things can’t go that smoothly. Fair warning, minor spoilers are ahead, though nothing that isn’t listed in the game’s description on various official store pages. Alex’s reunion with her only remaining family is cut short. That night when searching for a missing child, Gabe, Alex, and Gabe’s friend Ryan end up caught in the mountains when a planned explosion goes off, despite having requested a delay due to the missing child. Alex and Ryan, along with the child, barely make it out. Gabe isn’t so lucky. 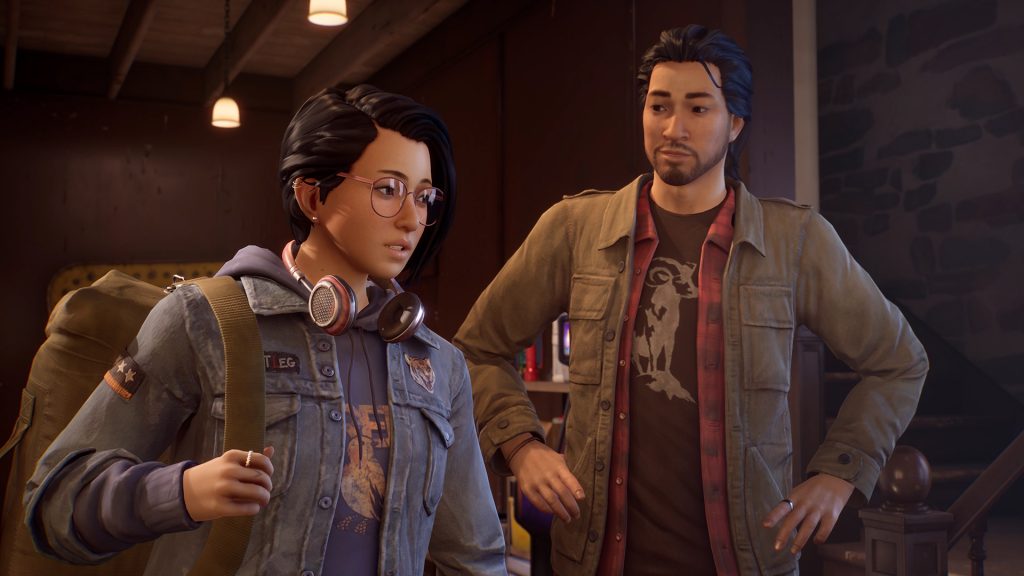 Life is Strange: True Colors still takes place over five chapters, like previous games in the series. Unlike those older titles, though, they aren’t being released one at a time. Instead, the whole game is here for you to play from day one. That’s something of a blessing and a curse. Waiting months between these chapters would have been brutal. Many end with huge surprises and left me eager to jump right back in. At the same time, some of the game’s narrative beats might have been better with a bit of breathing room. There’s no right answer, but I suppose giving players the choice of how to experience it is as good as we’re going to get.

After the tragedy of Gabe’s death, True Colors turns into a mystery. Alex is determined to find out why that explosion still went forward, while a hugely powerful mining company is determined to keep things quiet. You’ll be joined by Gabe’s friends Ryan, and Steph Gingrich, formerly seen in Life is Strange: Before the Storm, now running the local record shop and radio station in Haven Springs. The trio all cared deeply about Gabe and want justice.

She’s Some Sort Of Superhero 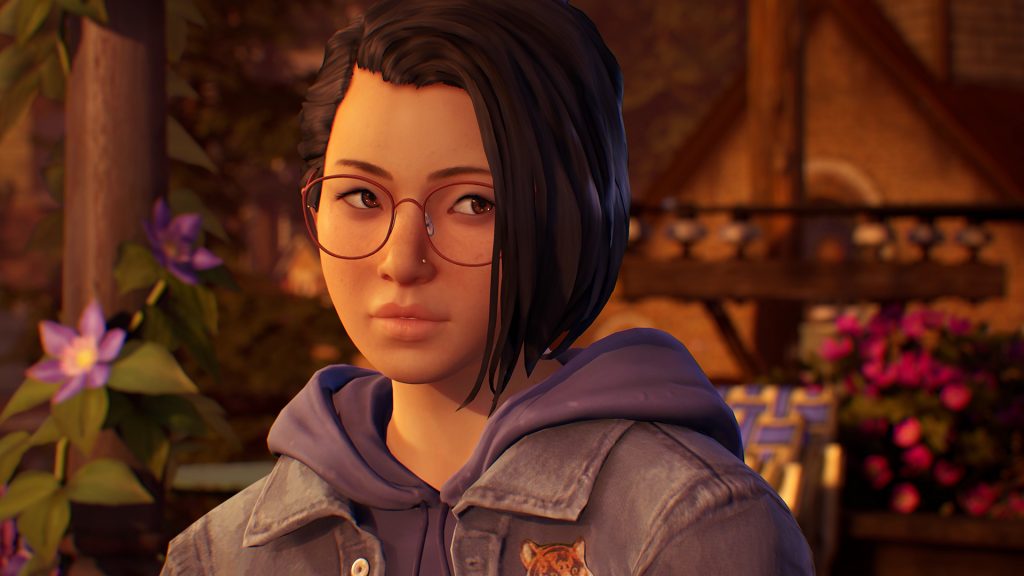 Alex has a few things to help her in her investigation. She inherits Gabe’s job and apartment, instantly putting her in a prime position to learn both about her brother’s life and those living in Haven Springs. In typical Life is Strange fashion, she also has a special ability. While she may not (or may, that’s partially up to you) love being called a superhero, Alex is an empath. She feels the emotions of those around her, becoming infected by them. While she has some control over these abilities, if emotions get too strong, she somehow can’t resist falling into them herself. A big part of Alex’s journey is coming to terms with these powers and learning to better apply them. 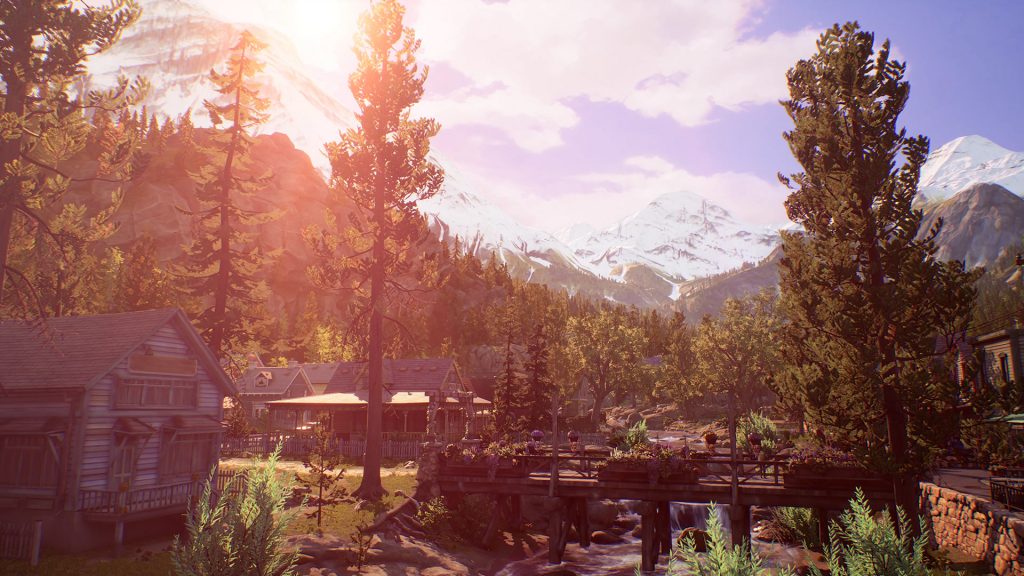 In gameplay terms, True Colors drops you in each chapter with the goal of moving your investigation forward. You’ll need to explore all of Haven Springs to find what you need. Well, you’ll need to explore a stretch of main street. Though it steps outside of this area several times, most of True Colors takes place on one strip. You have a park with docks, the bar which Alex lives above, a handful of shops, and the bridge where you first arrive.

There are good and bad things about this. You get to really know this area and the characters inhabiting it in a way that feels intimate. As Alex became a part of Haven Springs, I felt like I was as well. At the same time, we at several points hear about a town with hundreds of people. I would have liked to see perhaps a slightly larger scale. Regularly being able to see more of the town in the distance but consistently being told there’s no time to check it out becomes a bit of a bummer.

You’ll need to track down an item, or a character, or some sort of quest and then go to work searching the environment for clues. Read the feelings of those around you to help figure out what they need and get an idea of what they know. You’ll talk to people, helping them with their dilemmas and trying to pull the information you need from them.

Your Very Own Alex 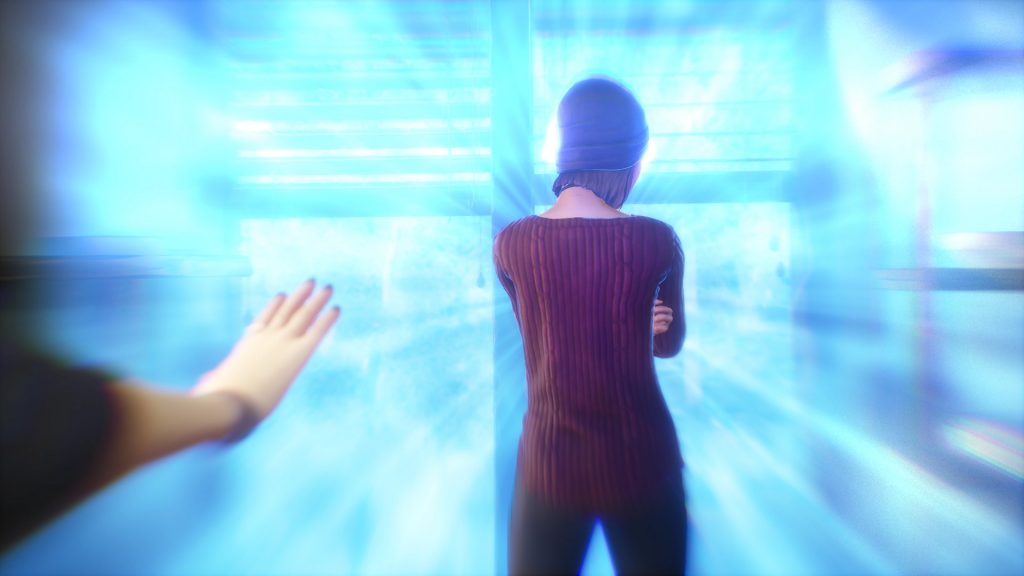 The player even gets to put their own stamp on the characters and Alex. While always themselves to some degree, how characters behave in certain situations will depend on how you’ve interacted with them in the past. Helping them with their issues, connecting with them on a deeper level, it makes a huge difference. There’s a lot to do in each chapter beyond just resolving the main plot points, and doing it ends up having a huge impact on the later parts of the story. Chapter 5, in particular, does a great job of feeling like it is the true culmination of your actions, that you have been the author of your fate.

While I love almost every character in Haven Springs, Alex is the star here. She’s been through a ton, and her challenges have shaped her, but they’ve also made her stronger. She’s kind, empathetic, funny, and stronger than she even realizes. Getting to know her and watch her grow was one of my favorite gaming experiences of 2021. Each chapter gives her new opportunities to connect with others, and I have to give True Colors credit for keeping things fresh. Chapter three, in particular, is such a fun twist on the series’ formula and left me grinning the whole way.

I Hate The Kings of Leon 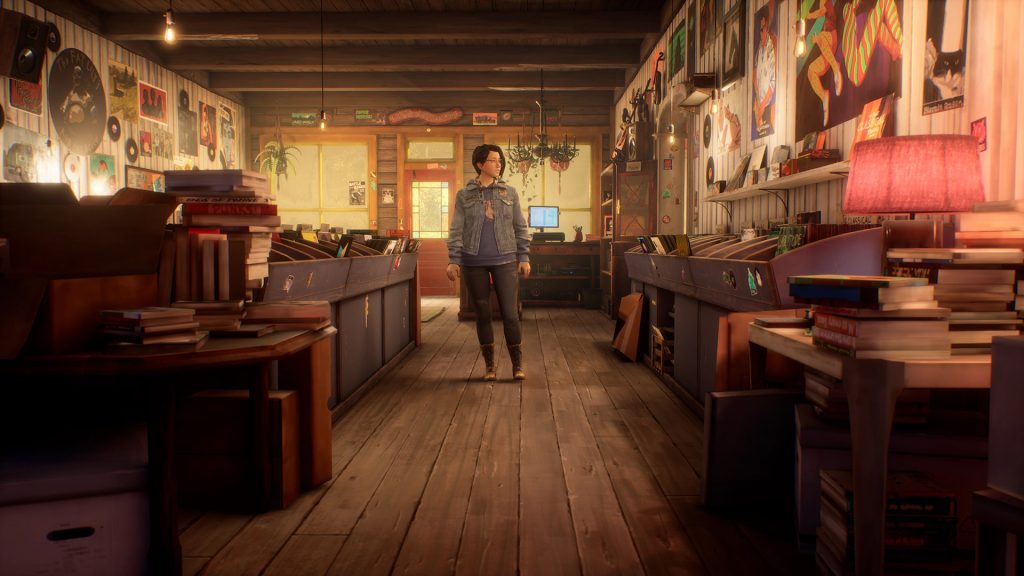 Does the game have issues? A few. I noticed a bit more slowdown than you’d expect playing on PS5, particularly when turning on the game’s ray tracing setting. Load times are also a bit longer than I would expect for the system, though that’s more me becoming spoiled by what some games on the system have pulled off than anything else.

While the game has a terrific soundtrack, outside of the Kings of Leon, I would have liked to see a bit more freedom to enjoy it. You can put songs on in the bar on the jukebox, which is great. Listening in either the record store or in Alex’s apartment requires you to just sit there and listen though. I’d have loved to put something on and then move around and continue playing.

True Colors also telegraphs a few of its latter plot beats a bit too heavily for my liking as well. A few things came to pass that I felt like I saw coming a bit more than I’d have liked. I won’t say more for fear of spoiling anything, but I’m usually not the best at guessing this sort of thing, but a few too many things had me thinking that I hoped they weren’t going there an hour or two before they did so. That said, each time the game ended up going in the direction, it did so in a way that was well handled and respected some heavy subjects and the characters themselves.

These are minor issues ultimately. I might have liked more freedom to explore Haven Springs or a bit more mystery here and there, but none of that stops Alex’s journey from being an absolute joy. At times funny, exciting, mysterious, and heartbreaking, Life Is Strange: True Colors made me fall in love with this little town and all of those who live there. I hope this isn’t the last we see of Alex. A character this wonderful deserves many adventures to come.

Full disclosure: This review is based on a copy of Life is Strange: True Colors provided by the publisher.