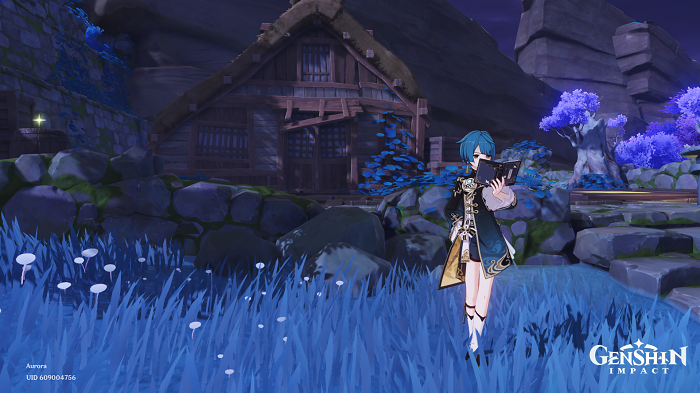 Greetings, Travelers. Today we’ll be looking at a guide to Relics of Seirai, a small World Quest involving some buried treasure.

First, you’ll need to head northwest of the Statue of the Seven, and you’ll be looking for Fujiwara Toshiko, who’s in the process of being pestered by Hilichurls. 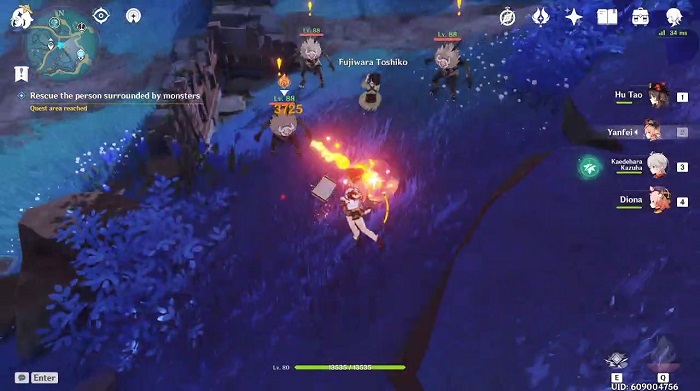 Waste the natives and talk to Toshiko. She’s trying to solve a puzzle to get to some treasure her ancestors left behind. She’ll give you a map with a little diagram at the bottom that’s key to solving the puzzle. 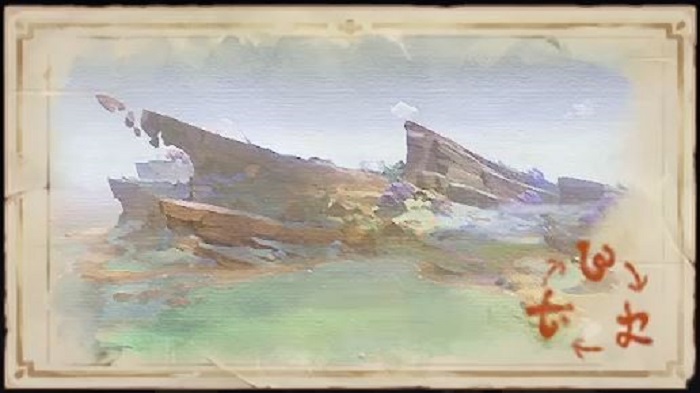 From here, you’ll go to a little house nearby. There are platforms scattered around the house that have these symbols etched into them. Each subsequent tile you stand on will need to be whichever one is next in that circular diagram.

For the house puzzle, you’ll hit the switch right next to where Fujiwara spawns to begin the input sequence. You’ll want to touch the corner one, the one right next to Fujiwara, and one on the backside of the house. The order is in the pictures below.  Since the order is circular, you can start from any symbol, so long as you stick with the order for the subsequent symbols. 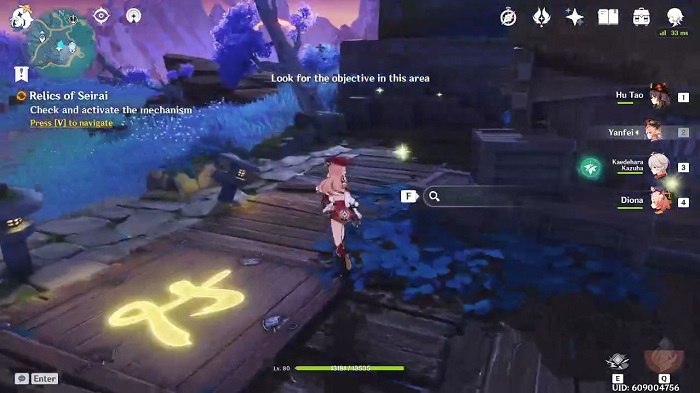 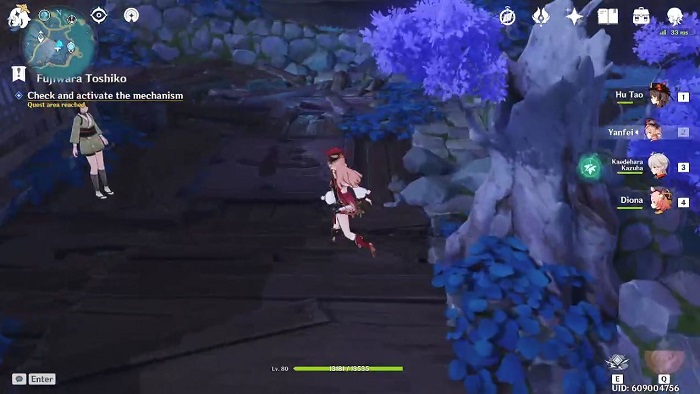 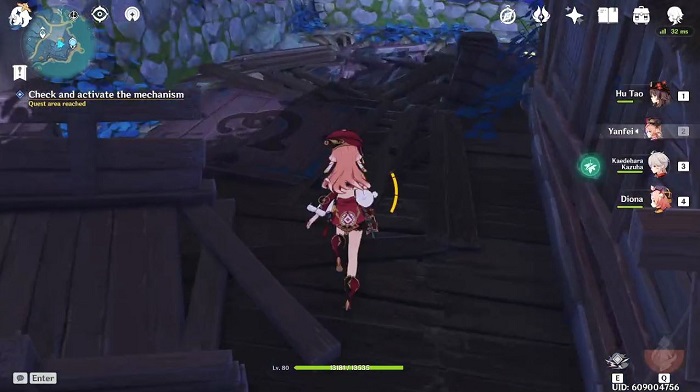 Hit all those, and the floor will break open, revealing a basement where an even more complicated puzzle awaits.

Just like before, there’s a puzzle right next to Fujiwara. Hit the switch. Then you’ll start on the upper right corner, making a spiral inwards. 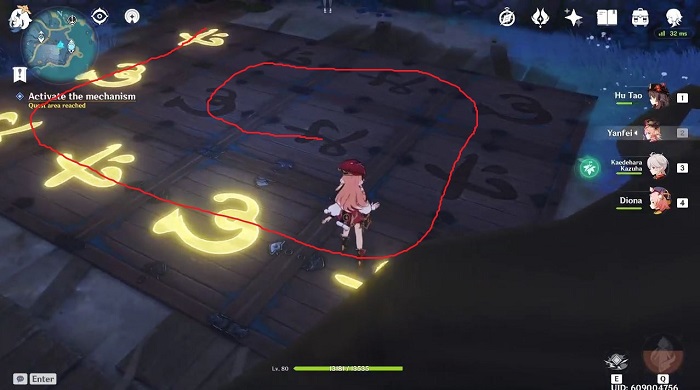 Then, there’s another puzzle as the tiles rearrange themselves. This one’s not much harder, doing vertical rows this time. 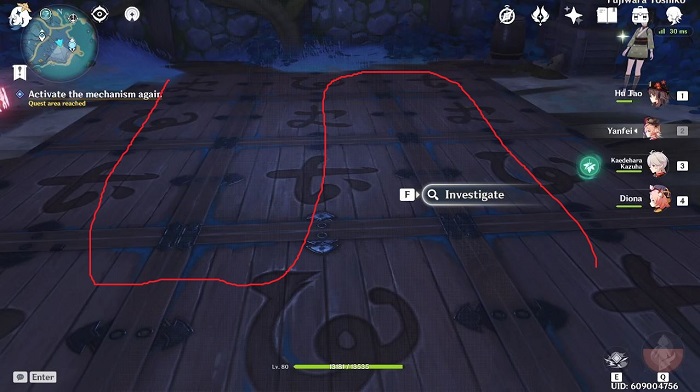 And with that done, you can claim the grand treasure of a single picture. Fujiwara’s confused and shocked, offering to pay you back at her camp. You’ll make your way back outside, following her for a bit before some Treasure Hoarders catch wind of you snooping for loot. Make short work of them, then get to walking again.

A few steps later, a Kairagi approaches you with some Hitsukeban in tow, ready to jump on your loot, or lack thereof. Another fight ensues, but nothing major.

That fight ends, and you can now make way to the camp. Except three steps later, the Fatui are itching for a fight. You’ll need to take down an Anemoboxer, Hydrogunner, and a Pyroslinger. It’s another short-lived fight, but the moment weapons are put up, Fujiwara’s desperate to get outta dodge.

Then, after all that, a few steps later, a cat appears! Luckily, you don’t have to fight the cat. Instead, follow Fujiwara into her camp, and you’ll receive your reward of 400 Adventure XP, 50 Primogems, and 3 Hero’s Wit. That’s all for this guide on the Relics of Seirai, but stay tuned for more Genshin Impact news and guides. 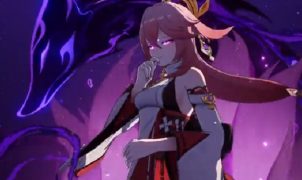 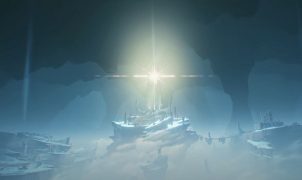