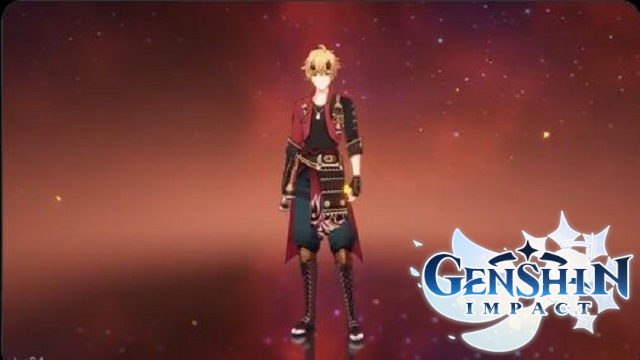 Greetings, Traveler. Today we’ll be taking a look at some recent leaks for Thoma’s animations and his abilities.

First, we’ll take a look at some of his leaked animations. @dimbreath has posted a video showing off his idle animations and his combat animations.

Next, his materials that he will be needing have been leaked by @DevilTakoyaki. You can find a link to the original tweet here. 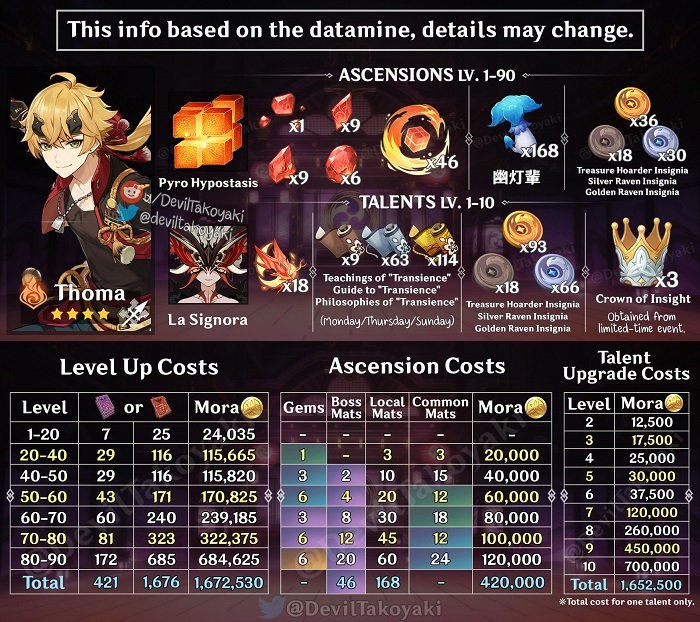 Lastly, there’s been a leak for his abilities. @Dimbreath posted a Pastebin link detailing his translated abilities that I’ll summarize below, though you can find the original tweet and Pastebin link here.

For his Elemental Skill, it says, “Thoma plunges his polearm into the ground as support, and kicks forward with the power of flames, causing AoE Pyro damage. He also conjures a shield of Chuuken Guard to protect himself and infuses his attacks with pyro. The shield’s damage absorption scales with Thoma’s max HP. The shield has the following properties:

– 250% bonus absorption towards pyro damage; – If Chuuken Guard is refreshed while active, the remaining HP of the existing shield stacks with the new one, and its duration will be extended.”

As for his Elemental Burst, it says:

Flaming Armor While a character on the field is protected by the armor, normal attacks will cause a fiery eruption, causing AoE Pyro damage, and conjures the protection of Chuuken Guard. Fiery eruptions may only occur once every second. Other than damage absorption, shields generated in this state shares the same properties as those generated by Chuuken Guard.”

That’s all for the leaks on the animations and abilities for Thoma, but stay tuned for more Genshin Impact news and guides. 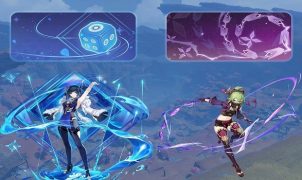 A Monstrous Masterpiece Here’s the thing.  Until the code landed in my inbox last week, I’d never heard of 1996’s Corpse Party.  Nor had I heard of the anime…