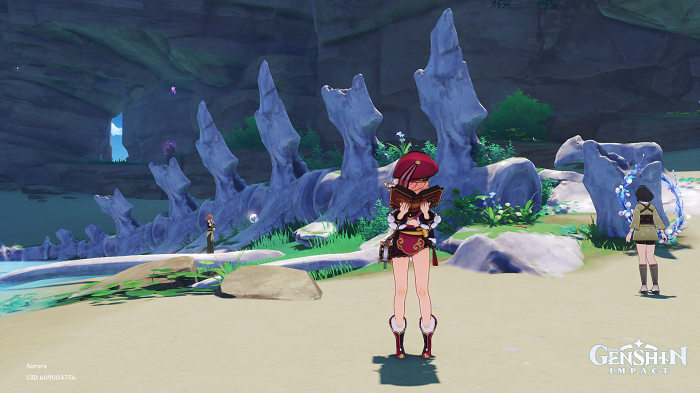 Greetings, Travelers. Today we’ll be looking at a short but sweet guide to the Solitary Sea-Beast Quest for Genshin Impact.

You’ll start this quest by going a bit to the southwest of the Statue of the Seven, to a skeleton buried in the sand and a girl named Kumi examining it. 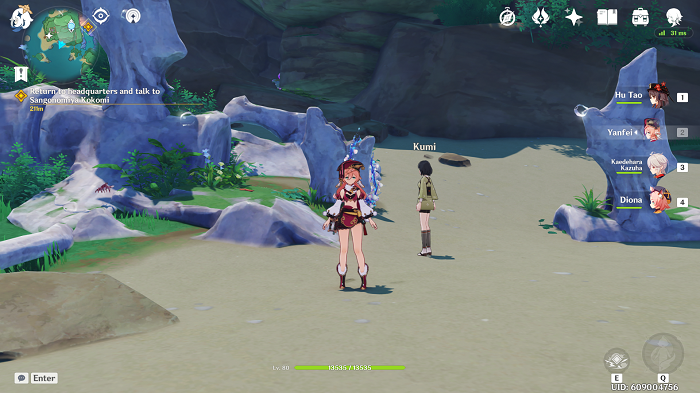 After some dialogue, she’ll request a few Sakura Blooms, easily found by the Sacred Sakura Tree. Bring her those, then she’ll ask that you look for her partner, who’s not far away being pestered by some Hilichurls. Make short work of them, then talk to Anisa. She’s looking at some ruins poking out of the sand and asks for a hand trying to figure out the puzzle behind them. 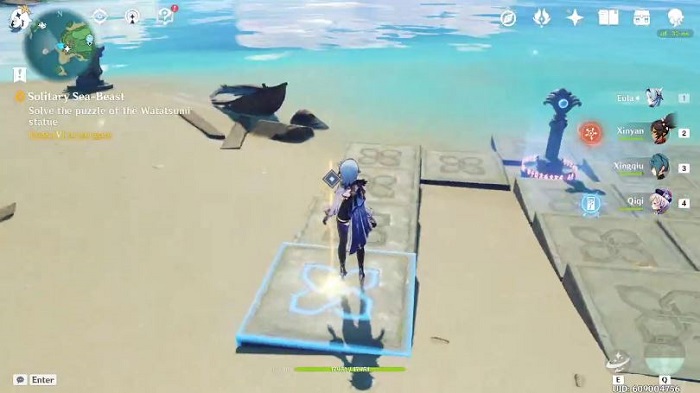 Normally you’d follow a non-breaking path that would light up all of the squares. However, there’s a statue in the way, and no worming around it will let you continue until that thing’s out of the way. The solution lies nearby with some Elemental Totems. 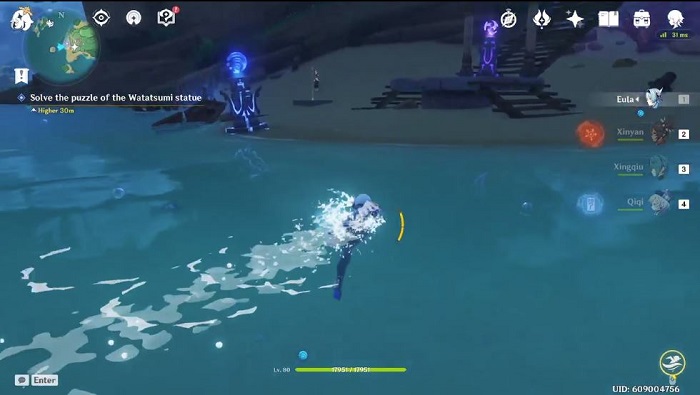 Two are in easy reach, but one is a bit hidden. It’s under the stairs to the Hilichurl hut, as shown here. 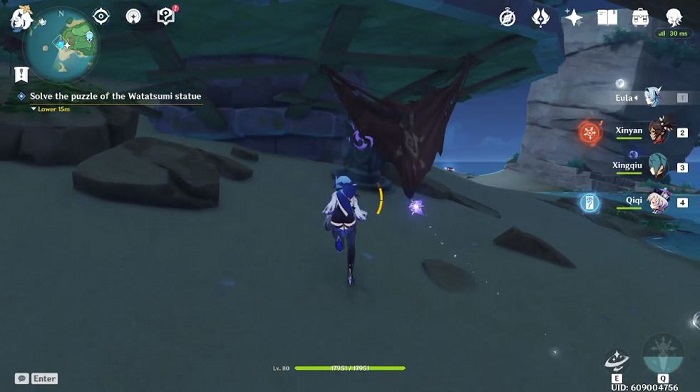 Once you’re done with that, you can go over to the Mysterious Statue that was blocking your puzzle path and interact with it. Now you can continue forward, except this statue will present another problem for the path. 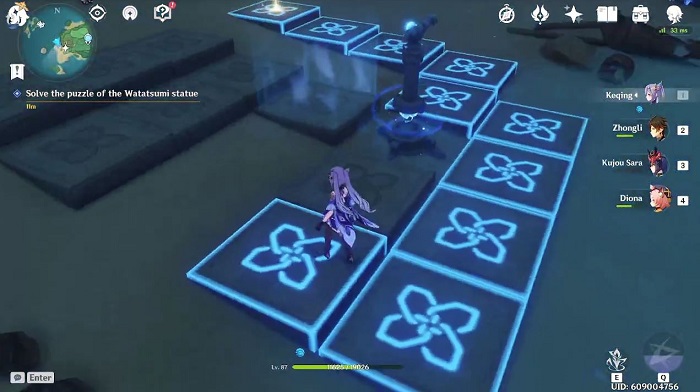 No worries, just interact with it again, and your path can continue once more. After it puts up a stone, follow the path, making sure all of the tiles become illuminated, then you’re done with that little puzzle. You’ll have an exquisite chest ready and waiting for you. Talk to Anisa again, then you’ll head back to Kumi. After a lengthy dialogue session, you’ll have your rewards of 40 Primogems, 4 Hero’s Wit, and 300 Adventurer XP.

That’s all for the Solitary Sea-Beast quest guide, but stay tuned for more Genshin Impact news and guides.