The King is Dead – All Hail the King! 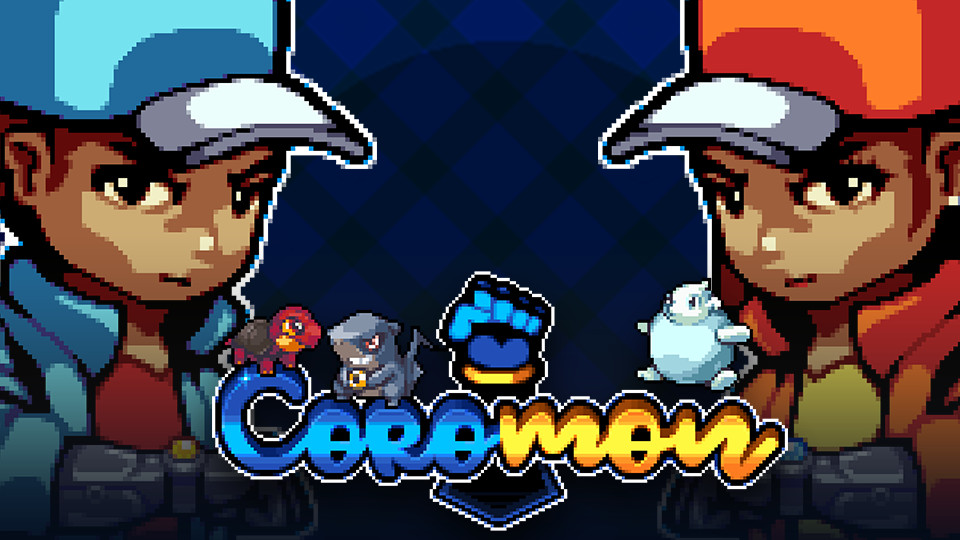 Let me start by saying this – I’m a big fan of Pokémon. I grew up with the series, and watched it evolve from a small curiosity to a gargantuan empire. It’s especially been wonderful watching various communities develop around the series, both casual and competitive. And it takes a lot to stick with a series for 20 something years. But even though I’m a fan, I sometimes get frustrated with Pokémon. Mostly due to how slow they are to implement necessary changes. Game Freak is very deliberate and waiting on them can be as frustrating as watching paint dry. Which brings us to TRAGsoft’s Coromon. I had the privilege of demoing it once before at E3, and found it utterly delightful. Now I was able to play a much more substantive slice of the game. I honestly think Coromon has the potential to outdo Pokémon at its own game. Here’s my thoughts after spending nearly 8 hours with the latest demo. 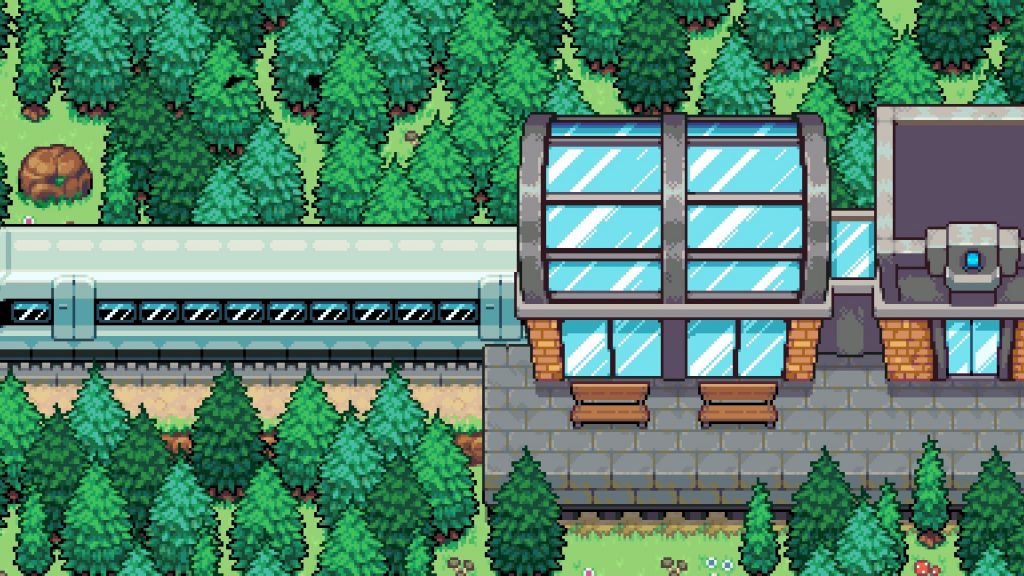 Now, one reason I’m so enchanted with Coromon is their focus on QOL features. Everything in the game is streamlined and accessible. If you somehow miss a key detail, talking with the various NPCs will point you in the right direction. For example, I was flummoxed early on trying to learn the ins and outs of the Coromon typing. While there’s only 13 types, and several are shared with Pokémon, there’s some huge differences. For example, Normal types are really hurt by Ghost and Poison types. Or how Ice can shatter Water types. 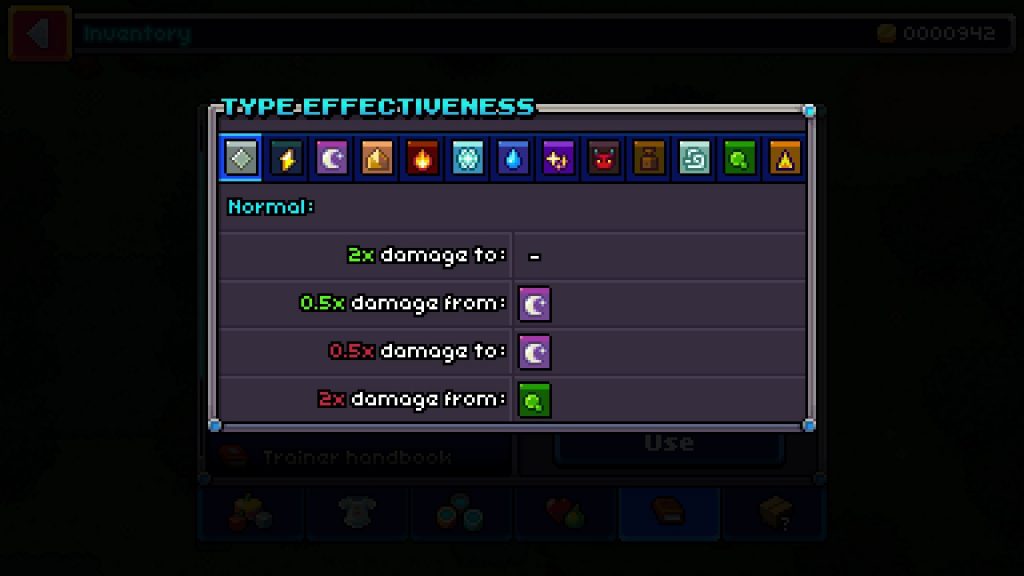 There’s some interesting nuance, and though I look forward to learning it all and internalizing it, that’s not something that will happen in a matter of hours. Thankfully, the demo instructed me I can click on enemy names to get a rundown of their weaknesses, complete with helpful icons. Plus, if your attacks tend to do more damage, they’ll be highlighted with a green bar during battle. It’s this sort of attention to detail that I relish in games, since it keeps the complexity while helping everyone access the game. 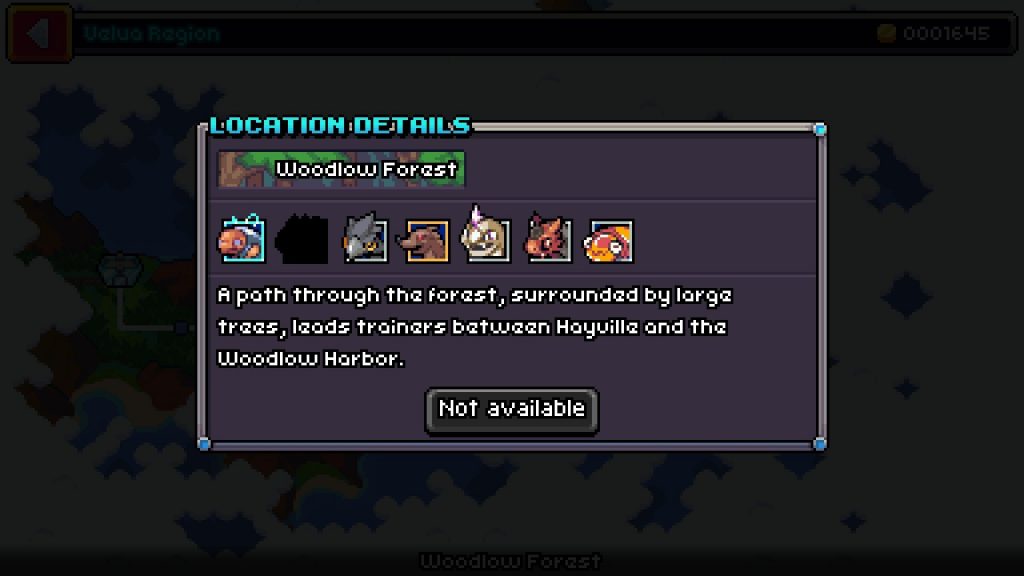 Another example of Coromon’s accessibility is the Logbook. If at any point you get lost, you can check there for a reminder of where to go to progress the main story. It also keeps track of open quests you’ve accepted. In the demo, some examples were finding a specific type of Coromon and trading it for another, as well as dealing with an infestation of angry Beezel in Hayville. You’ll always get something for fulfilling a quest, and it’s a nice loop. Adding to it are Milestones. You’ll constantly be racking them up for various actions, such as winning X amount of battles, catching X amount of Coromon, etc. There’s a ton of them, and by cashing them in your rank goes up. Once it reaches the next level, you can pause the game and claim physical rewards, such as items or more cash. So whether you want to rush to the finish or spend your time wandering, you’ll have tons of help. 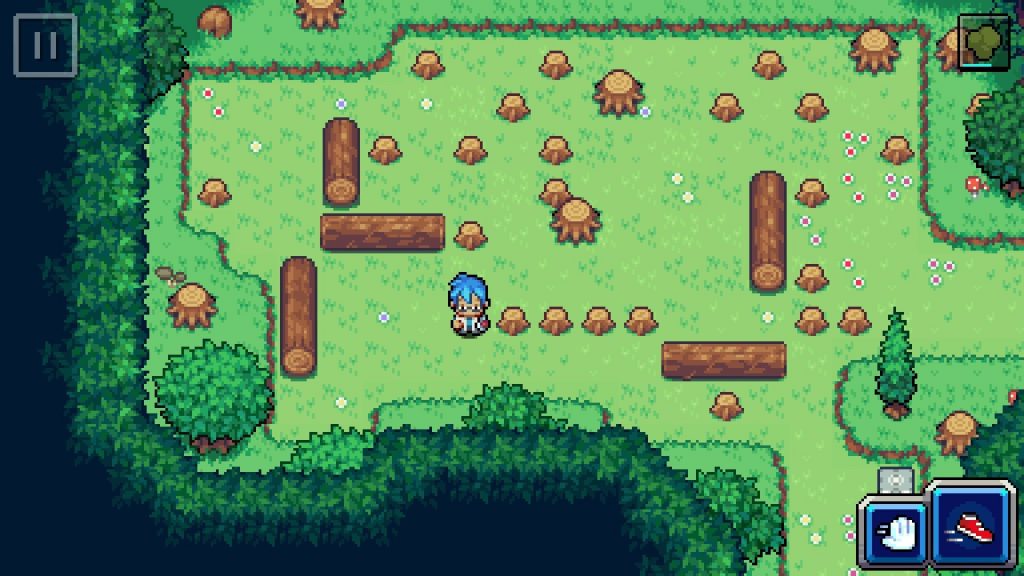 Here’s one of my favorite things about Coromon. They smartly replace Pokémon traversal abilities with a Gauntlet. You can install modules on your handy Gauntlet to gain access to new features. Early on you get a Stink module, which keeps wild Coromon away for a period of time. Later you get one to push objects around, resulting in some clever puzzles. There’s several modules that weren’t in the demo, but even with only a couple, the game opened up nicely. And it was a relief not needing a specific creature in my party just to access them. 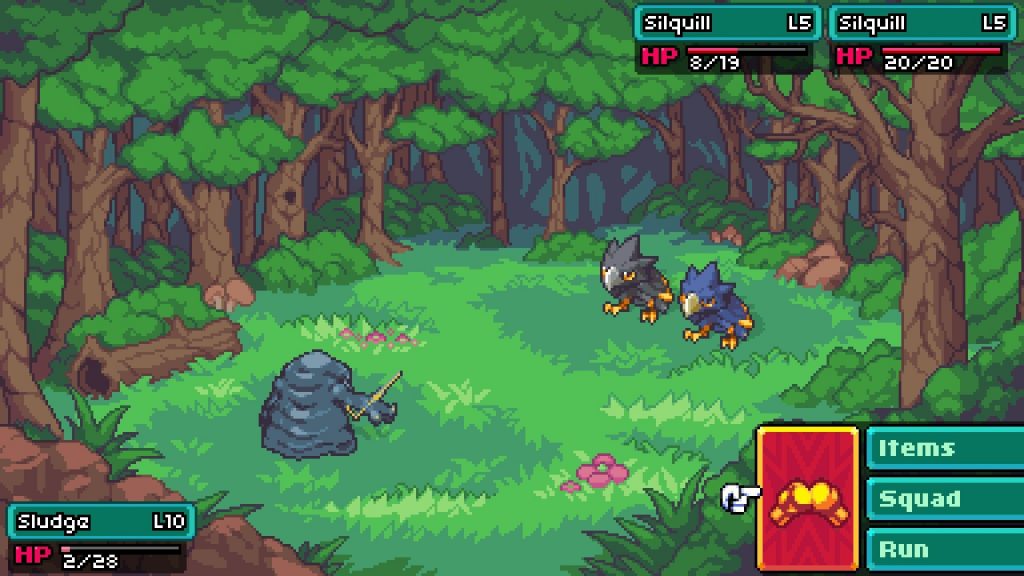 While you don’t capture Coromon with balls, instead you have something called a Spinner. If it spins three times, you catch the Coromon. And of course, the goal is to weaken them first, making it more likely you’ll find success. There’s a wide variety of Spinners, and some will have more capacity with one type of creature than another. Again, this is all stuff that will be very familiar to fans of Pokémon. It’s just the ways TRAGsoft streamlines things that makes it so much better. Another way they do so is simplifying stat training. 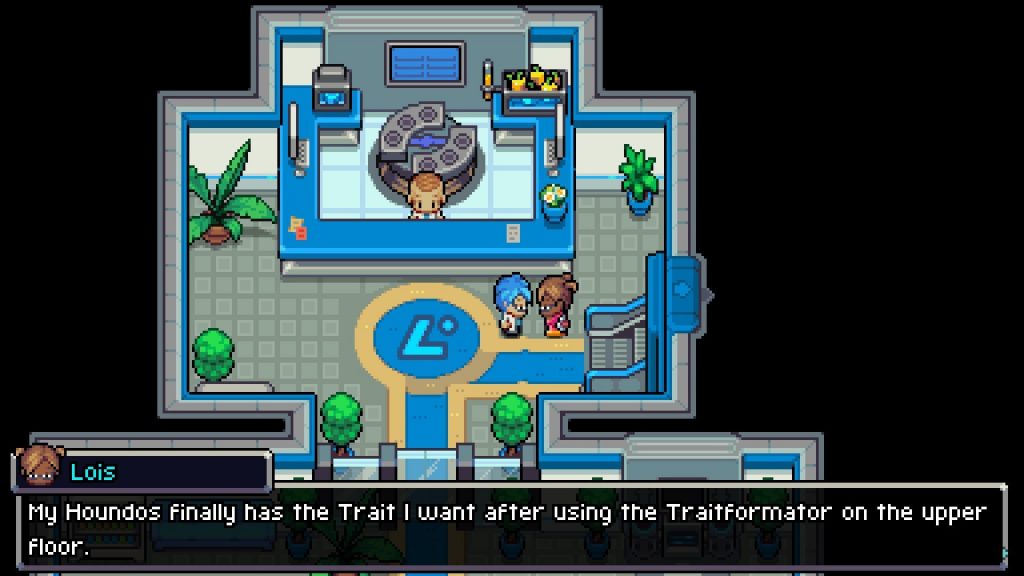 One thing I never had the patience for in Pokémon is IV training or catching Shiny Pokémon. When I already spent hundreds of hours playing each game, why tack on several more just to get the shiniest critters? In this game, they make that process a bit less onerous. Each creature will have one of three potentials – Standard, Potent or Perfect. Depending on which, they will have more chances to gain additional stats as you level up, which you can distribute as you choose. Additionally, each version will look somewhat different, generally with more vibrant colors. In my few hours with the demo, I caught a few Potent and several Standard Coromon, though I wasn’t able to find any Perfect ones. Better yet, there’s machines in the game that will let you tweak the ability of any of your team, or enhance their capacity for gaining stats. 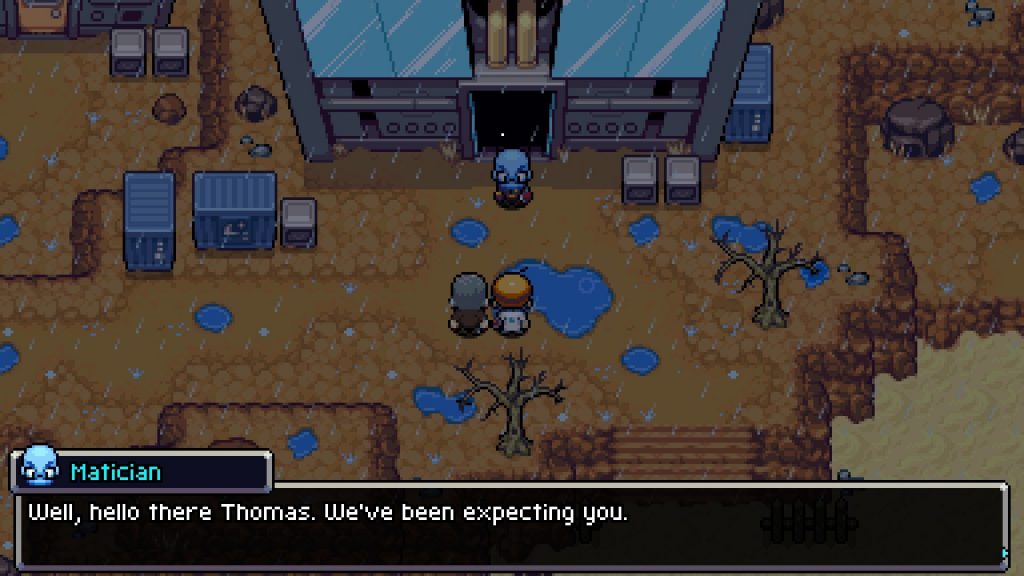 Now, none of what I’ve been raving about would matter if the game wasn’t fun. Rest assured, it’s a blast. I got so lost in exploring the demo I reached the maximum number of Milestones that I could cash in. I also reached the maximum level for half of my team, which was set to 25. So yes, Coromon is a lot of fun. The world is one of technological ascension contrasted with ancient god-like creatures called Titans. And into the mix is thrown a group of blue-skinned aliens that are up to no good. It’s a really interesting story already, and the gameplay itself is no joke. 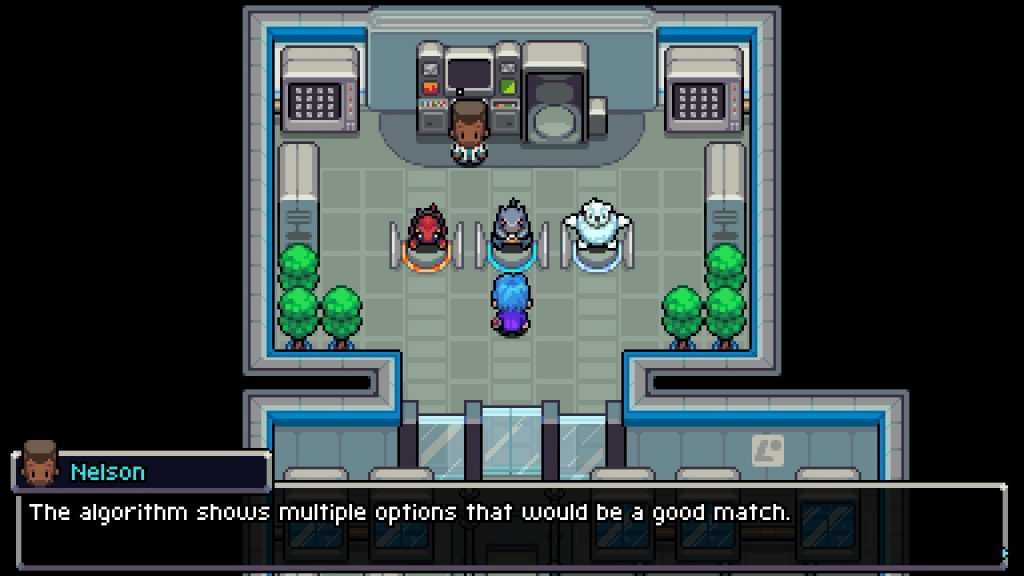 There were several habitats I experienced in the demo, and a couple dungeons. I faced off against fellow Battle Researchers, harassed a man in a log cabin, and got to fight the electrifying Titan, Voltgar. I spent a bunch of time catching a ton of Coromon, from a fiery sheep to an electrified pile of sludgy goop and much more. And what was especially cool is how the game lets you pick your starting Coromon. Instead of a set group, you answer a series of questions first. Depending on your answers, you’ll then get three to pick from. I get the impression there’s something like a dozen different Coromon you can start out with, which is awesome. I wound up with my ambulatory shark, Nibblegar. He was fast and cocky, and loved using water to blast foes. I also got to start out with Patterbit, a strange mechanical bug that attacked foes with all sorts of strange attacks. 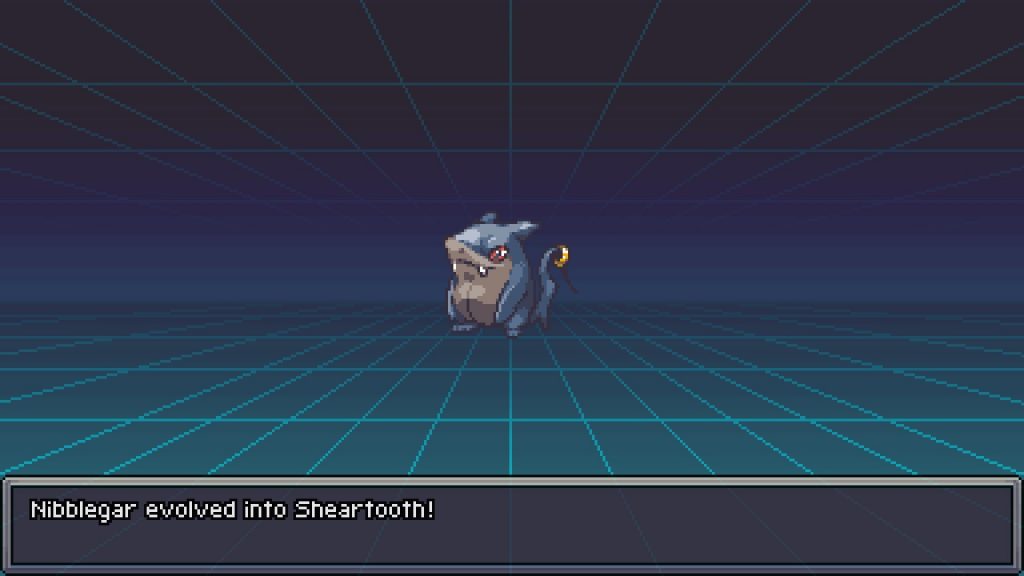 One of the great things about combat is how you never have to use items to recover SP for attacks. You can spend a turn at any time to recover half your SP, which is amazing. It also translates to strategy, since you can whittle away your enemies’ SP, forcing them to waste a turn recovering. That’s an especially fun strategy with creatures like Slitherpin, whose poison will not only reduce HP, but slowly diminish SP. And I was pleasantly surprised to realize if my Coromon was KOed in battle, they still earned XP! Or if they’re KOed but using an experience sharing device, they still get XP while downed. Throw in handy checkpoints you can use to rush through dungeons and teleporters to every main area, and you have a winner in my book. 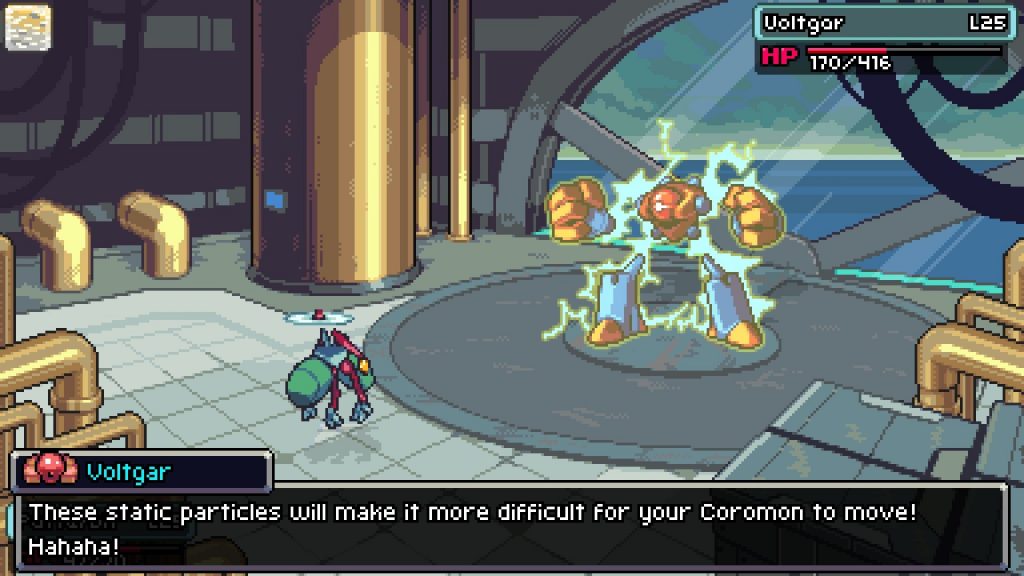 Those Titans sure are chatty…

I know I’ve been ranting for a while now, but that’s just cause I’m so impressed with Coromon. Not only does it streamline and make the game very accessible, it even has options for increasing the difficulty if you want a steeper challenge. Honestly, this is a game every fan of Pokémon should have on their radar. Especially since it’s launching on Steam and Nintendo Switch in Q1 2022!