These Ten Series Deserve Another Chance 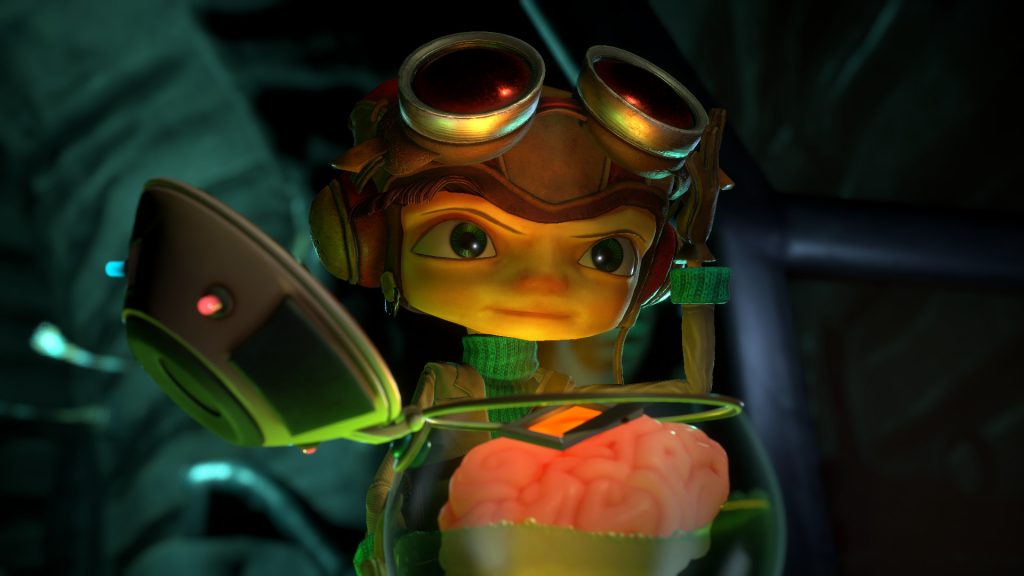 In recent years game publishers have increasingly looked to the past for inspiration, giving old series new life. This week’s release of Psychonauts 2, the sequel to a beloved 2005 platformer, is the latest game to give fans of long-dead series hope. It isn’t a one-off, however. Games like Streets of Rage 4, Half-Life Alyx, and Shenmue III have also beaten the odds in recent years to return. So with these games showing anything is possible, we thought we’d highlight a few additional series long in need of a revival.

First, let’s lay out the ground rules. We’re only going for series dead at least fifteen years. Sorry Thunder Force fans, that 2008 Japan-only Thunder Force VI, which nobody likes, keeps you off the list. We also avoided series where a sequel is already announced. A new Perfect Dark is in the works, and if you believe the team at Deep Silver, so is Timesplitters. No need to take up spots on these, though it will be interesting to see if and when they return.

Mobile games and spin-offs count. I know Breath of Fire 6 for mobile wasn’t what series fans wanted in a revival. Those of us still longing for more Arc the Lad (all six of us) weren’t satisfied by Arc the Lad R. A lot of great series, everything from Bonk, to Crazy Taxi, to Wild Arms, were disqualified due to mobile updates. The reason is simple. While these may not be the games fans dreamed of, they at least prove that someone remembers they exist—at least a little bit.

Finally, remasters or remakes during that 15 year period are fine. What hasn’t received at least that? Now, without further ado, onto the list. 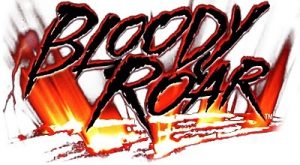 The fighting game scene has become increasingly hard to break into, with a number of established series holding so much attention that there’s not a lot of room left for smaller games. A few games break through, but it can be hard to take on the Street Fighters and Tekkens of the world.

We’d love to see Bloody Roar try. These 3D fighting games were always fast-paced and had a great sense of humor. Their main gimmick was that each character could transform into a half-human, half-animal monster. This provided additional powers and moves. Me and my brother spent hours with the original on PlayStation, and the series continued to find success for many years, eventually seeing five entries.

Despite the tough market, the series’ transformation aspect feels unique enough to find an audience even today. You could take things in a more lighthearted direction and get really goofy or lean into the body horror aspect further. Despite this, it may take a small miracle for this series to see a revival. Since Bloody Roar 4 hit PS2 in 2003, the only activity the series has seen are PSN ports of the first two games. Even those are locked to older hardware, only playable on a PS3 or PSP. After acquiring Hudson Soft in 2012, Konami now owns the rights, which given their recent lack of development, doesn’t inspire confidence that we’ll be unleashing the beast again anytime soon.

This may be the most confusing entry on this list. Throughout the 90s, the Fatal Fury series was an arcade staple, rarely going more than a year or two between releases. Series lead Terry Bogard continues to have a presence in gaming, even joining Super Smash Bros Ultimate in 2019.

Despite this, the last entry in the Fatal Fury series remains 1999’s Garou: Mark of the Wolves. That game, and others in the series, continue to see ports to almost every new system that releases, yet there seems to be little interest in a sequel. Garou 2 was in development at one point, and as of 2005, was apparently even 70% complete. Yet development never finished, and nothing else has reportedly been worked on over the years.

This remains perplexing because Garou is widely considered a masterpiece, one of the greatest 2D fighting games ever made. There’s a reason it continues to see releases even now, more than 20 years later. Its dodging systems, which set it apart from other fighting games, don’t really have a modern equivalent. It feels like there’s space for a revival to find an audience, yet SNK continues to focus on other projects. For now, fans may have to settle for many of the series’ characters continuing to appear in the King of Fighters series, along with the occasional guest spot in series like Smash Bros and Tekken. 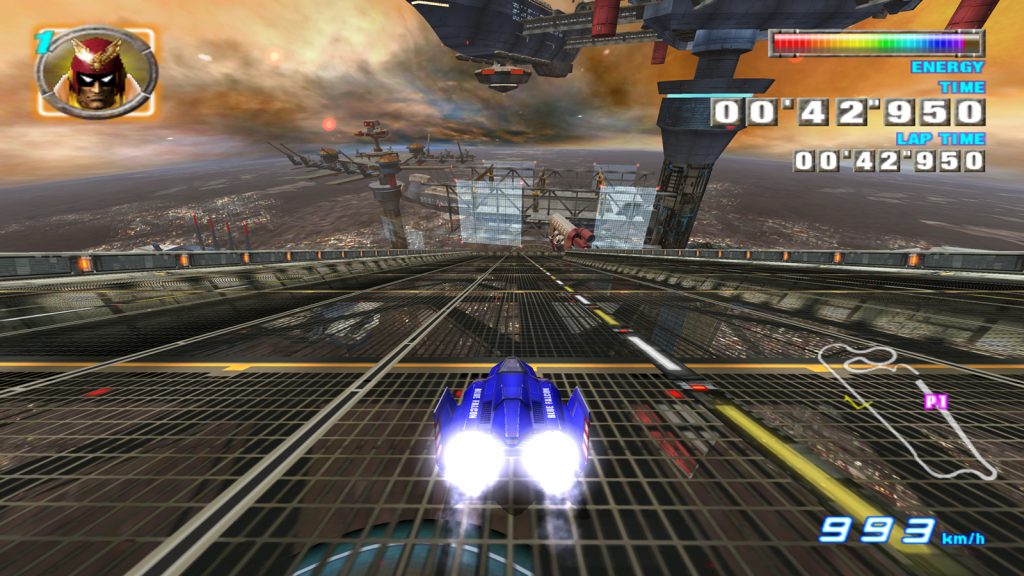 Nintendo usually does a good job of keeping their franchises alive. There are a few other series I could have included here, such as Mother, or Startropics, but these either ended on a strong note or are long forgotten by all but the most hardcore of fans. F-Zero is different.

The popularity of the series’ main character Captain Falcon in Smash Brothers, has kept the series in the public eye. Meanwhile, there’s a huge lack of fast-paced, arcade-style, racing games on the market. A futuristic racer like F-Zero definitely feels like it has a place in modern gaming. Yet it has been completely absent since 2004’s F-Zero Climax on the Game Boy Advance. That title didn’t even see release outside of Japan.

F-Zero-themed levels in Nintendo Land, which remains trapped on the Wii U, are the closest to a new release we’ve come since. Some DLC for Mario Kart 8 pays tribute to the series as well, but Nintendo should dust this series off and give it a proper Switch title. Over the years, Nintendo has demurred when asked about a potential follow-up, saying that a new title would require some totally new mechanic or idea. While we’re certainly open to a unique take on the series, I think fans would be pretty excited even by a more traditional revival, as long as it’s polished and captures the series’ traditional feel. At this point, I think we’d even settle for a port of the excellent F-Zero GX from the Gamecube. 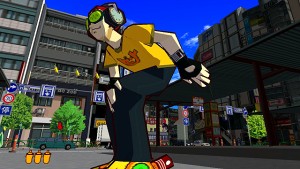 Fans of the Jet Set Radio franchise have been longing for another installment since falling in love with Jet Set Radio Future in 2002. That title taught us all about the concept of love, while providing a futuristic, cel-shaded, punk anthem. While being exclusive to the original Xbox, a system with limited Japanese support, probably didn’t help the game, it has always seemed strange that the series’ profile remained small. For a significant time, it was included as a pack-in title for the system, along with Sega GT 2002, which put the game in a lot of hands.

Despite a fantastic reception from critics and so many getting to play it, no third installment has emerged in the Jet Set Radio series. The series hasn’t completely vanished. Sega still includes protagonist Beat in the occasional crossover. He showed up in the Sega All Stars racing titles and appears in the upcoming Super Monkey Ball Banana Mania. A wide variety of platforms saw a remaster in 2012 too. Yet this never led to a true revival for the series, and even that remaster finds itself mostly trapped on older platforms at this point.

There seems to still be interest in a revival for this series. The upcoming Bomb Rush Cyberfunk is openly inspired by the series, to the point where it perhaps straddles the line between homage and copy. Still, there’s no word from Sega about a revival. Perhaps if Cyberfunk succeeds, it will catch their attention. 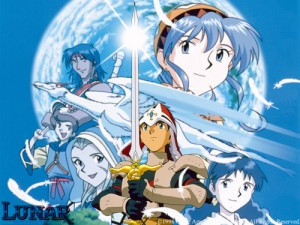 Few series on this list have been so sabotaged by one less than stellar entry. The Lunar series started on the Sega CD, quickly becoming defining titles for that ill-fated platform. Focusing on the battle through the ages between the dark God Zophar and the Goddess Althena, they featured memorable characters, wonderful music, and the at the time novel twist of enemies appearing in the overworld.

The series’ reputation grew after the first two games were localized for the PlayStation by Working Designs, released in the US in giant collectors editions featuring huge cardboard boxes, hardbound instruction manuals, maps, and many other goodies. These, in many ways, laid the path for the sort of collectors’ editions that have become so common today.

The series’ last original entry was the nearly universally panned Lunar: Dragon Song on the Nintendo DS back in 2005. Since then, we’ve seen a few remakes of the original Lunar but nothing more. It has appeared on PSP and iOS, where it is still available today. Despite talk of a true sequel in the late 90s, nothing ever materialized. While a true revival would be a dream, even a port of the first two titles to modern platforms would be welcome. With Game Arts’ other major series, Grandia, recently receiving ports for both Switch and PC, perhaps we all need to believe there is hope. 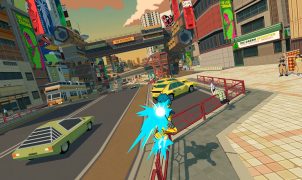 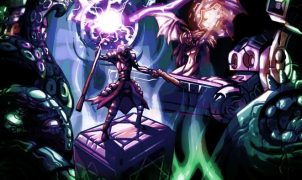