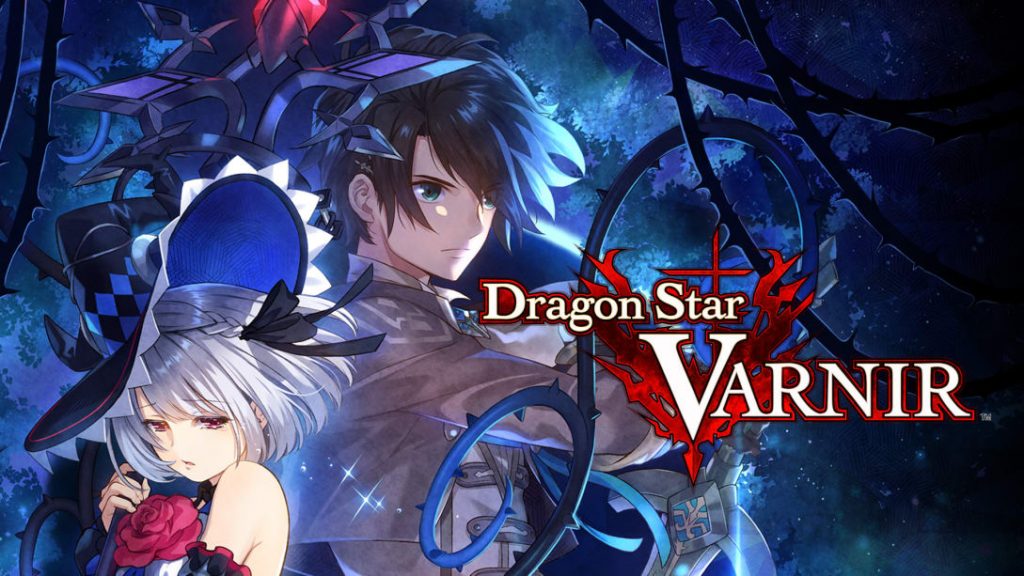 Idea Factory has slowly been importing all of its recent JRPGs to the Switch over the past several years. We had Fairy Fencer F: Advent Dark Force in 2019, Megadimension Neptunia VII in 2020, and it looks like the tradition’s still going strong as 2021 is the year of Dragon Star Varnir. Now, I’m not new to Dragon Star Varnir. I played it back in 2019 when it was first released and enjoyed it quite a bit. Things change, however, and I, like everyone else, am capable of looking back on a game that I once enjoyed and saying, “wow, this wasn’t very good after all.” Fortunately, this isn’t going to be one of those times, as the game holds up just as well now as it did before.

Dragon Star Varnir is a good example of how a little bit of tweaking can go a long way. Truthfully, in many ways, the game is just another Compile Heart dungeon-crawler RPG (not that that’s necessarily a bad thing, mind you). However, the few things that Compile Heart did to make this game feel unique really help it stand out among its peers to the best of its abilities.

A Knight No More 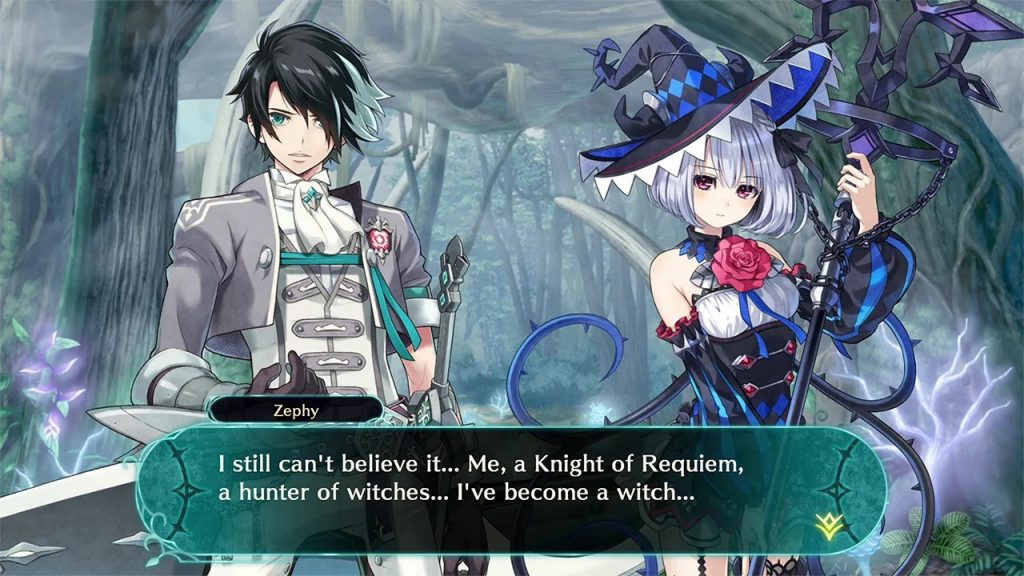 Believe it or not, it’s true!

Dragon Star Varnir takes place within a world where itches are considered to be the vilest creatures on earth. They’re dangerous and reclusive, and, worst of all, they literally turn into dragons when they die. Spooky stuff! Fortunately, the world has people like Zephy, a Knight of the Requiem and protagonist of this game, to hunt the remaining witches down and ensure safety for all. …At least, that’s what he was doing until he suffered a fatal injury while out on patrol. Fortunately, a mysterious woman clad in blue happened by him as he lay dying, and shared her blood with him—an act which would save the young witch-hunter’s life, but, quite ironically, turn him into a witch as well.

Compile Heart has always had a knack for creating some killer narratives in their games, and Dragon Star Varnir isn’t any exception. While it’s not exactly “unpredictable” in terms of how things pan out, the characters themselves really help to set the tone and drive the narrative along from start to finish. Zephy and his newfound witch family go through a lot of ups and downs together, and the way in which they finally learn to come together and work as a cohesive unit and tackle their troubles together—be it the Knights of the Requiem hunting them down, their own impending death as witches, or the potential destruction of the entire world—feels very natural. CHt has created a lot of great character groups over the years, but Dragon Star Varnir‘s has always held a special place in my heart for just how real they make the story feel. 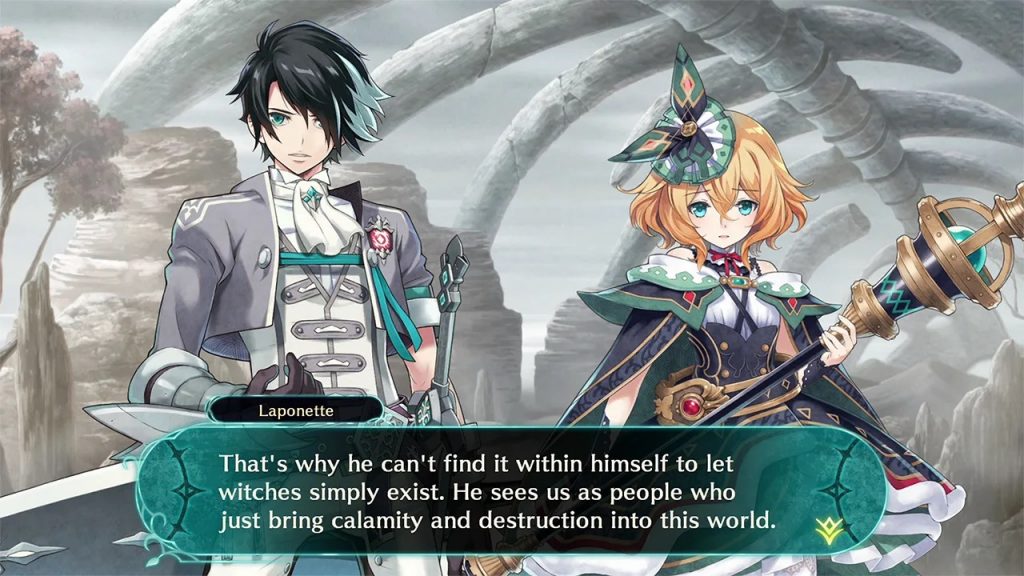 Dragon Star Varnir‘s story is also particularly unique because of its subject matter. While this isn’t the first Compile Heart JRPG to tackle darker subject matters, the particulars that it hones in are something special to the game itself—mortality, and the existential dread that dwelling on it for too long can bring. Contrary to how most other series convey witches, witches in Dragon Star Varnir don’t live for a long time. In fact, their lives are much shorter than that of their human counterparts, as they’re essentially just living incubators for the dragon eggs stuck inside of their bodies. Because of this, the witches—including Zephy—are constantly thinking about, and preparing for, the day that they die. It’s a theme that permeates throughout the entirety of the game’s story, and, while it’s both scary and sad (especially if your Madness Guage gets out of hand!), makes the story hard to pry yourself away from. 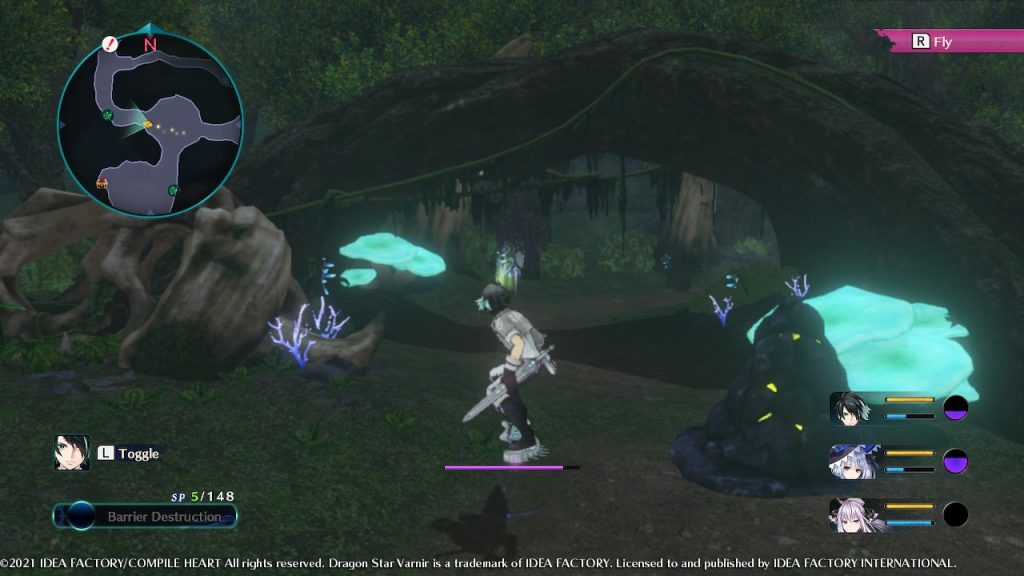 So THAT’S why you carry that big sword around…

Dragon Star Varnir may offer some unique features that other Compile Heart games don’t. Unfortunately, almost all of said uniqueness applies. Varnir is your typical CH dungeon-crawling affair and is very standard by all accounts. I don’t necessarily think that this is objectively bad—each of the game’s dungeons is set up just fine—but there’s not much that helps this game differentiate itself from Neptunia, Fairy Fencer F, or any other CH JRPG that you can think of. Just be prepared for the game to not look as good as its PS4 counterpart while you’re out and about—they compressed the heck out of things, and the scenery, while pretty, looked a lot better on the PS4 version than it does on the Switch.

About the only mechanic relating to exploration that I could consider to be wholly unique in Dragon Star Varnir is one that’s only tangentially related—the Little Sisters’ Room. While most of the witches in the game are old enough to fight, there are three who are just a little bit too young to start cracking skulls. Collectively referred to as the Little Sisters, these three witch whelps rely on their older kin to keep them happy and healthy. And, by older kin, I mean the player. As you progress throughout the game, you’ll need to periodically check on the Little Sisters to make sure that they’re doing alright. For the most part, that just means feeding them—but there’s a balance that needs to be struck when doing so. While not feeding them at all can cause them to go insane (which locks you out of the best ending), feeding any of them too much can cause their dragons to hatch prematurely—instantly killing them in the process (which also locks you out of the best ending). It isn’t anything too cumbersome once you get the hang of it, but it does take a little getting used to at first.

Flights (and Fights) of Fancy 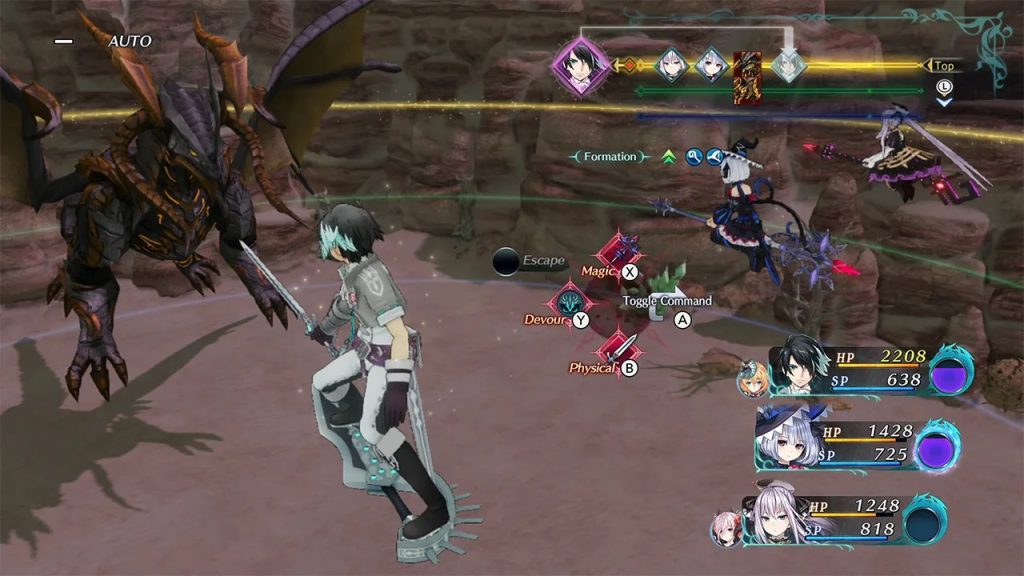 Combat is where Dragon Star Varnir shines, and for a good reason! While fights take place by using a traditional turn-based formula, Varnir throws in a few things that really makes combat feel unique (in a good way, of course). First and foremost, there’s the fact that all combat is done in the air—and, yes, this actually means something. Because combat is entirely aerial, characters—both enemies and allies alike—are able to adjust their altitude during every turn.

Because of this feature, Varnir creates a unique way of allowing players to strategize, especially when it comes to playing defensively. Sure, having all of your characters at the same level might make it easier for you to hit your enemies, but it also sets you up to have your entire party take the brunt of a single attack. While flying does take some getting used to at first, it’s honestly a really neat feature and ends up being a lot of fun to mess around with once you get the hang of it. 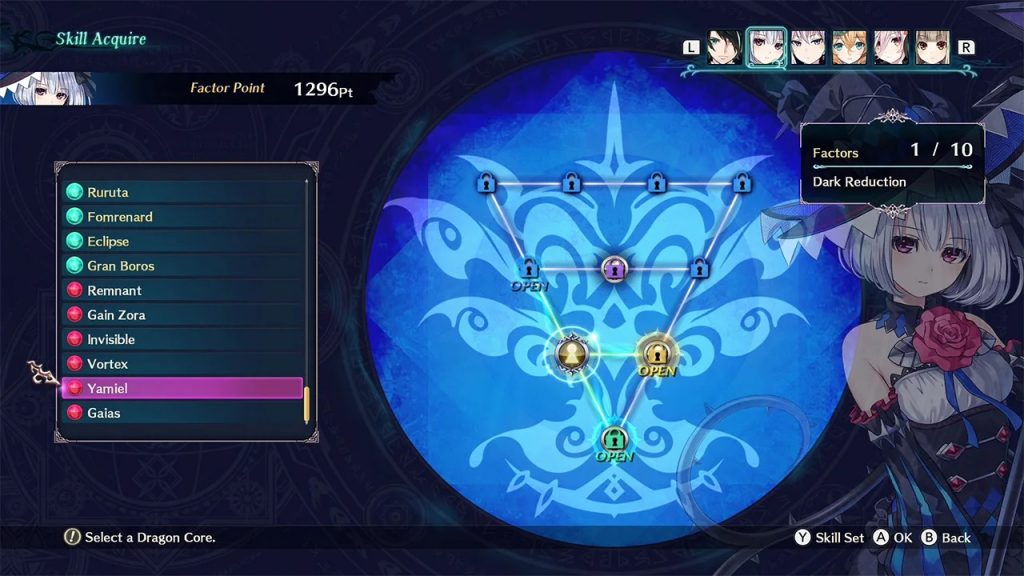 Dragon Star Varnir‘s approach to skill acquisition also stands out considerably. None of the characters are capable of learning new skills on their own. Neither leveling up or using different kinds of equipment will do the trick. So, how do you learn skills? Easy, you eat your enemies and take what’s theirs! Every single dragon enemy (which is about 98% of all of the game’s enemies) has what’s known as a “Dragon Core,” that characters can acquire via special Devour-type skills. Working similarly to FFX‘s Sphere Grid system, these collected Dragon Cores each come with nodes that grant new skills and permanent stat boosts to those who have them. While trying to collect all of the Dragon Cores can get a little grindy, the mechanic really incentivizes players to explore their surroundings and is rewarding overall.

Dragon Star Varnir is a fun JRPG overall, and, while it might be a little on the niche side, I’d still recommend it. Unfortunately, I’m not sure which version to recommend. Sure, the Switch version comes with a bunch of DLC and is entirely uncensored (did I forget to mention that?), but the graphics are, like, really crunchy—and I say that as someone who normally doesn’t care much about graphical quality. If that isn’t enough to drive you away, though, then the Switch version’s probably the way to go. The more content, the better, right?

Full disclosure: This review is based on a copy of Dragon Star Varnir given to Hey Poor Player by the publisher.