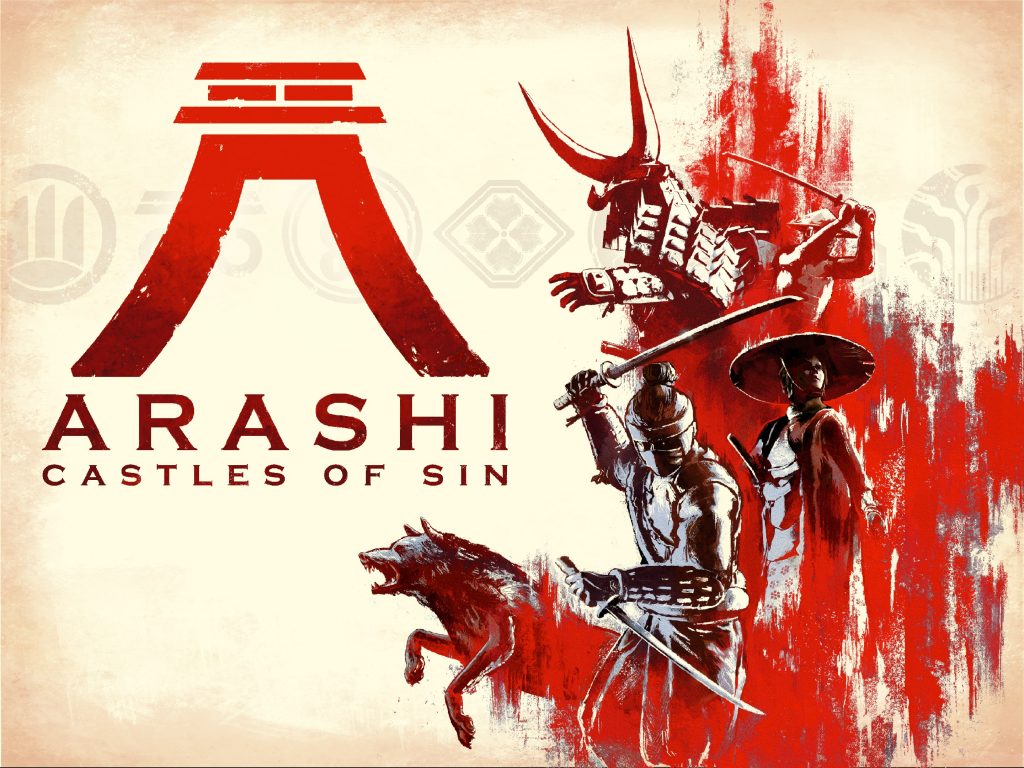 Remember Tenchu? Long before Ghost of Tsushima carved a bloody swath across Japan, Acquire’s ninja-themed stealth-action series was synonymous with the PlayStation brand, and with good reason. From its tense swordplay to its wide selection of ninja gear you could use to bring down your foes sneakily, it was incredibly addicting. But, sadly, it’s been over a decade since we last saw the series, leaving armchair assassins without a way to hone their clandestine craft. That is until now.

Enter Arashi: Castles of Sin. Set in feudal Japan, the game puts you in the ninja-yoroi of Kenshiro, a shinobi assassin. After a brutal gang of bandits known as the Six Oni of Iga carve a bloody swath across the land, butchering the Blue Tide clan and seizing their castles, he must hunt down and eliminate these brutal killers one by one. Overall, the plot is a pretty standard tale of revenge, but that’s okay. It’s a perfectly good excuse to step into the shadows and slit some bandit’s throats. With a grab bag of fun ninja tools to use and satisfying stealth gameplay, Arashi: Castles of Sin shows lots of promise – especially for those who’ve been looking for a VR alternative to Tenchu. And in a lot of ways, the game delivers, but it’s not quite a case of ninja magic.

What We Do In The Shadows 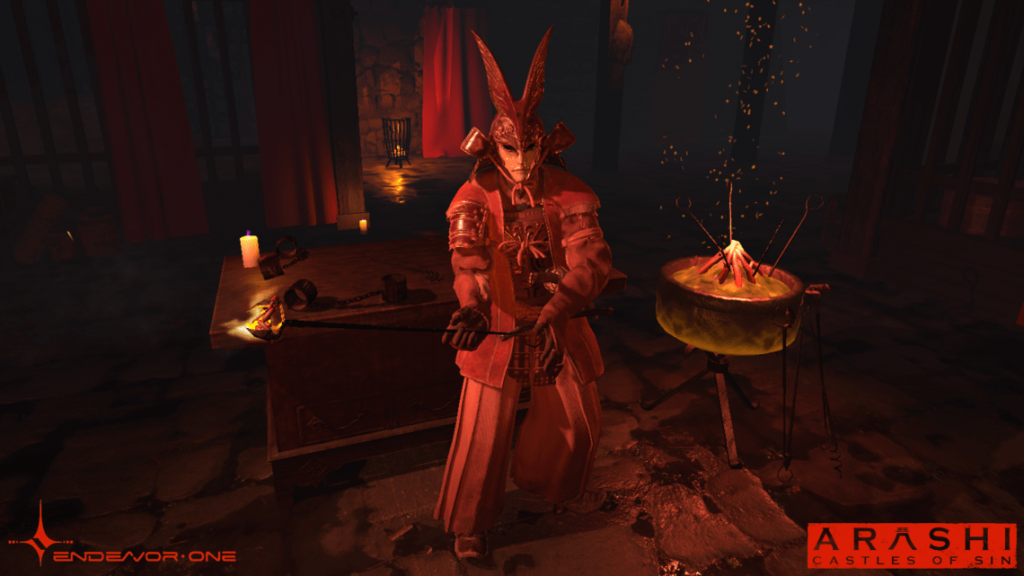 Of course, Arashi: Castles of Sin isn’t the first virtual reality game to emphasize stealth. However, it is one of the more interesting ones in recent memory. This is thanks in no small part to the impressive selection of tools the game puts at your fingertips. At the start of the game, you’ll be armed with your katana as well as a grappling gun that you can use to reach high-up ledges and rooftops. However, as you explore the game’s six massive stages, you’ll come across throwing stars to kill silently from afar, a bow and arrow for long-range death-dealing, and blow darts to poison your opponents.

All of these ninja gadgets are great for dispatching your average bandit. But when it comes to armored enemies, you’ll need something with a bit more penetrating power. That’s where toys like grenades, landmines, and even flintlock pistols come into play. Or, if you’re feeling especially sadistic, you can toss some poison onigiri on the ground and run them through with your sword while they’re hurling up their guts. Or better yet, lob a poison bomb into a group of baddies and cut them down as they choke on green noxious fumes.

Overall, the gadget selection is hugely entertaining. With so many tools available, you’ve got plenty of options for how you can approach each encounter, which keeps the moment-to-moment action engaging. It’s just a shame that the illusion of being a ninja badass is shattered whenever you need to draw your blade.

A Swing And A Miss 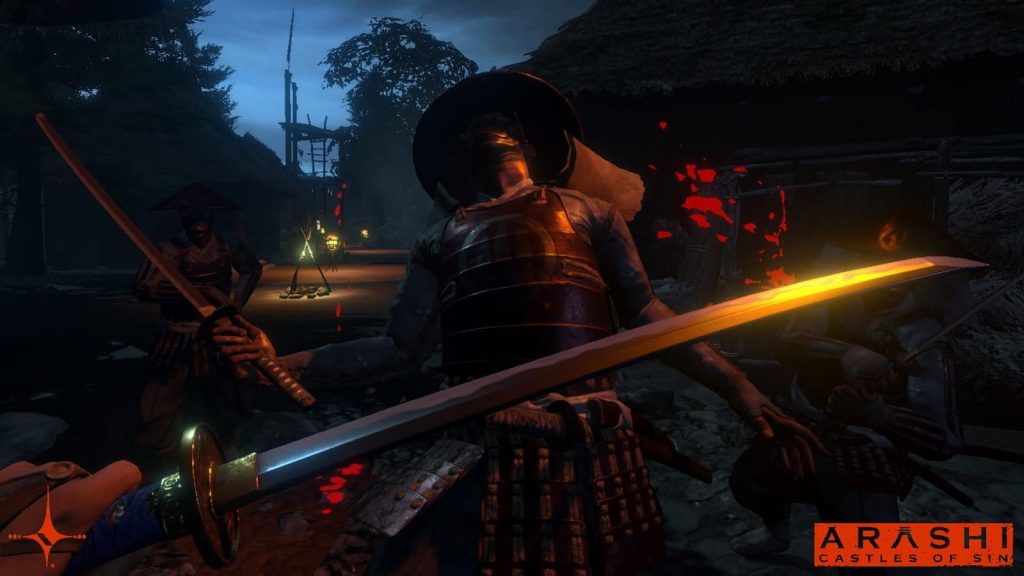 Sneaking through tall reeds or shadows and hopping from rooftop to rooftop to stealthily pick off your enemies is undoubtedly fun. However, even the most skilled ninja masters eventually have to cross swords with their opponents. Sadly, this is where Arashi: Castles of Sin falls flat on its face.

If you’ve ever played Red Steel for the Wii, you’ll have a pretty good idea of what to expect from Arashi‘s dated dueling mechanics. The swordplay here is incredibly rigid. Enemies will deliver strikes from above, below, or your sides, and you’ll need to hold your sword at the proper angle to block their attack. Defend against a strike successfully, and your opponent will be open for a quick counterattack. Additionally, you can also get a quick stab in the instant after they miss an attack. Try to hit them any other time, and your blade will pass right through them as if they don’t exist.

As you’d expect, this makes duels feel weightless and one-note. Even the boss fights – which should be the highlight of each mission – function essentially the same as when you’re battling a low-level grunt. Having recently spent a few hours marathoning Blade and Sorcery before my review playthrough, it was impossible not to notice just how barebones and unsatisfying Arashi: Castles of Sin’s were in comparison.

Was Feudal Japan Always So Fuzzy? 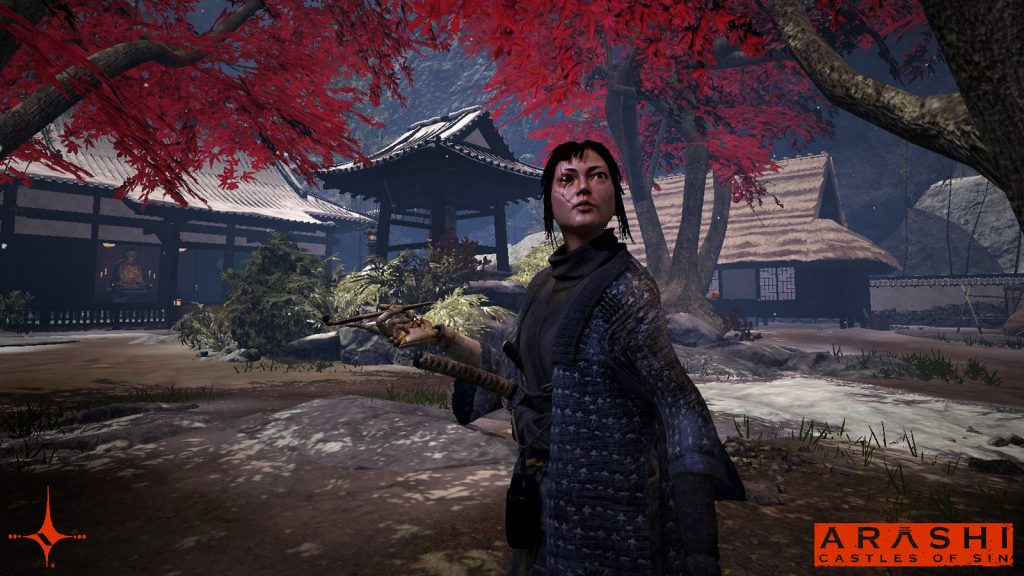 When it comes to its presentation, Arashi: Castles of Sin leaves something to be desired. From its muddy, low-quality textures to its sparse environments, the game looks like an early PlayStation 2 release at times. And, as you can imagine, this hurts the immersion quite a bit. The trees are especially rough, as their branches are paper-thin blobs when viewed from the side. Add some very robotic character animations to this, and you have a game that just isn’t easy on the eyes.

That’s not to say it’s all bad. I have to give credit to the scenes that introduce each of the Oni of Iga before your duel. The character models look fantastic in these, and they feature excellent motion-captured animation. Some hand-painted intermissions drive the story forward, and these are lushly detailed and do a great job of getting you pumped for your next assignment.

No, the game isn’t going to win any beauty contests. However, Arashi: Castles of Sin fares much better in the audio department. All of the dialogue is voiced in Japanese, which gives the game a welcome feeling of authenticity. Additionally, while the music is somewhat subdued, its tense compositions are brought to life with traditional Japanese instrumentation that helps pull you into the on-screen action. I especially enjoyed the fourth stage’s music, with its haunting windchimes that dialed up the tension as I stalked my way through a dense forest.

The Way of the Warrior 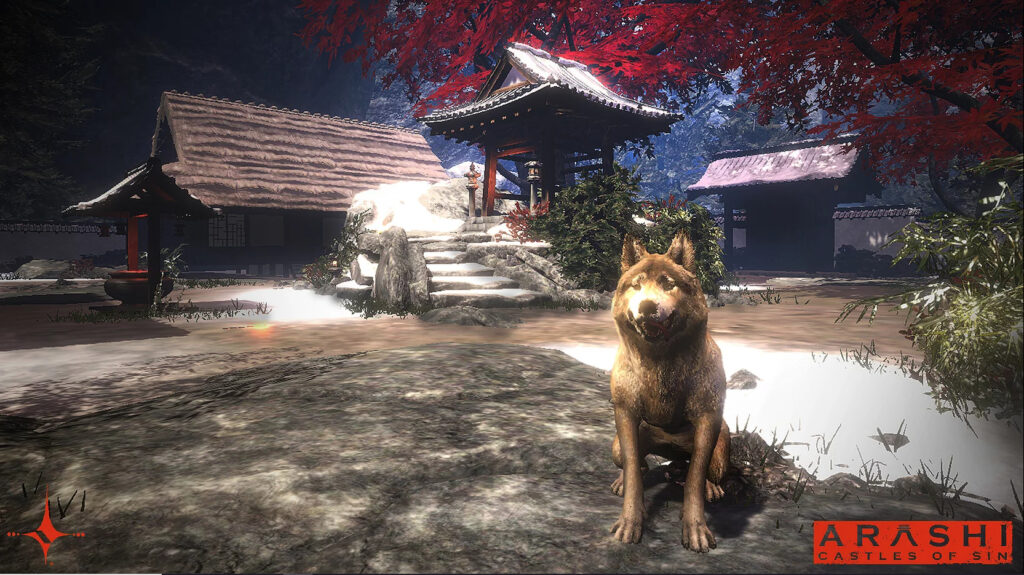 Arashi: Castles of Sin makes good use of the PlayStation VR’s aging Move Controllers. Controlling your ninja is straightforward enough. Pressing the move button on the left motion controller will make you walk. Additionally, the face buttons on the left controller are used to issue crouch, use Jitsu to see enemies through walls, and give your canine companion, Haru, orders such as to bark (which distracts guards) or attack them. Meanwhile, the right move button is used for jumping and the face buttons rotate left and right and cycle through your inventory.

When not dueling, stabbing and slashing your unaware enemies is very responsive. Additionally, using the motion controllers to pantomime tossing throwing stars, using a bow and arrow, or even lifting a blowgun to your mouth works just as it should. If I have one complaint about the game’s controls, there’s only a single button to cycle through your inventory, which can make equipping the right weapon for the job frustrating when you need to work fast. However, developer Endeavor One deserves credit for making the most out of the PSVR’s limited motion controller capabilities despite the clunky inventory management.

Arashi: Castles of Sin had so much potential. With satisfying sneaking and a wide selection of interesting tools to use, it’s easy to recommend to fans of the genre or anyone who likes the idea of a VR version of Tenchu. It’s just a shame that the barebones swordplay makes what should have been the game’s most exciting moments feel like a repetitive slog. As it stands, it’s still a solid game. But with a bit more polish and refinement, it could have been so much more.

If you can overlook the tacked-on swordplay, you’ll find Arashi: Castles of Sin gives you a lot of gameplay for your $30. The stages are massive, so you can count on spending 8-10 hours making your way through the game’s campaign. So set your expectations accordingly, and you might just find this to be a welcome addition to your PSVR library. 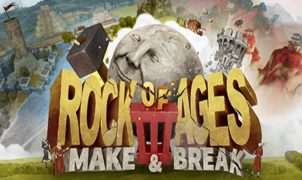