There have been a plethora of staples in horror throughout the years. From Nightmare on Elm Street to Paranormal Activity, horror is not short of hits. Blair Witch Project set a standard for found-footage horror, and set the mark high. But is Blair Witch: VR Edition a classic, or is this footage best left in the bargain bin? Let’s find out! 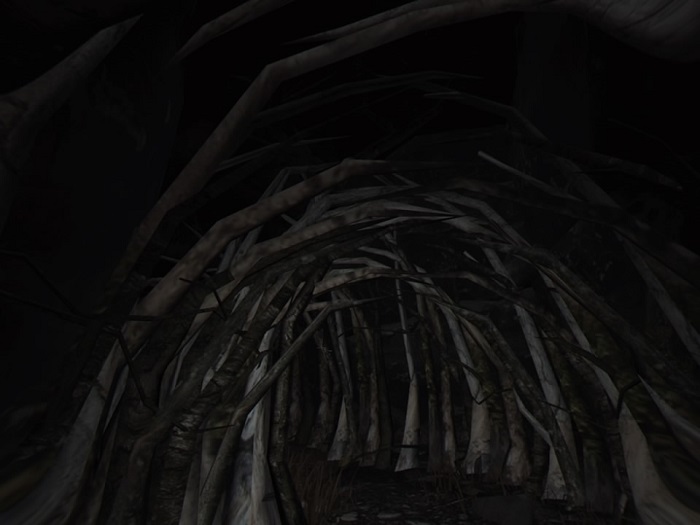 The story features Ellis, an Army veteran and former cop responding to a missing person’s case in the Burkittsville woods. He’s always accompanied by his dog, Bullet, a main guide and helper for the game. Your main lines of communication are a walkie-talkie you can tune to different channels or through a cell phone that you can use to check texts and call your former lover with.  The characters are sparse, and while Ellis has the veteran card going for him, I never felt much attachment to him. He was less than inspiring, as was the sheriff and Ellis’ former lover, though Bullet was a remarkable partner for Ellis. While I can respect the attempts to visit the horrors of war and PTSD, I never felt that it did much for the plot, save for a few rare parts at the end where it used that for the mind-screw segments.

The overall length of the story is around four hours, with multiple endings (I got the bad ending for those curious). The price tag is a bit steep for such a short game. Most of the really juicy content was relegated to the end, making you go through some of the less interesting portions to get there. Depending on if you get stuck like I did, you might receive another couple of hours of wandering around, but this ride is very short-lived.

Not The Scenic Route 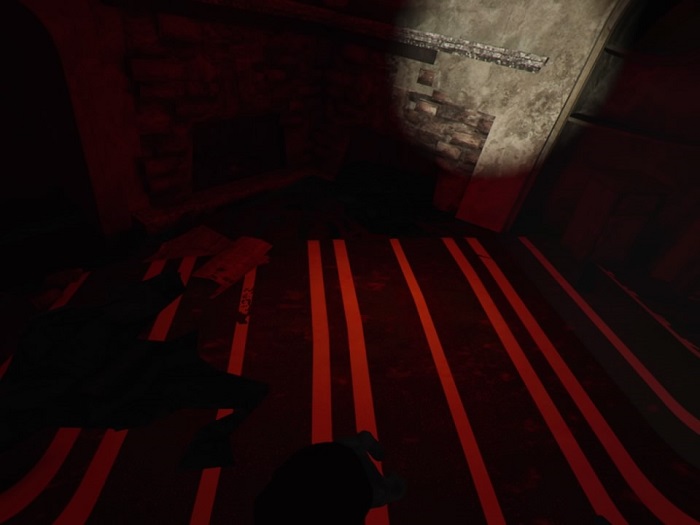 And to this day, I still haven’t figured out what this was supposed to be.

The primary detractor here was the graphics. It’s such a shame, as I’ve seen the graphics in their full glory on Steam VR, and they’re night and day here. The PSVR graphics remind me of a PS2 game. Not to say graphics and horror always correlate, plenty of PS1 games have given me a fright, but this one only made me jump twice. The tension and anxiety get hit hard in the process of this graphical downgrade, leaving the experience rather shallow. The skybox treelines were low-resolution, the ground at times looked more like a solid texture without any bump map, and there was a burrowing creature whose appearance essentially looked like a slow-moving bump with a tumbleweed glued to it. It was hard to be afraid when the only thing that was around to scare me when the tension and fear failed was a twitchy tree creature with a photosensitivity problem, making it hard for me to ever take the “horror” seriously. There’s also the issue of cutscenes not playing in VR. Instead, they play in flat cinematics that ruins any sense of immersion left.

Gameplay-wise, there’s a little something of a charm here to help make the game feel a little more alive. The neatest feature is the tapes that can affect the environment depending on where the tape is paused at, leading to items appearing/disappearing, doors opening or closing, and new paths being created. It’s probably my favorite feature of Blair Witch: VR Edition and a unique puzzle mechanic. Some of the other smaller mechanics add some fluff and flavor, from piddling with the cell phone to holding things of importance toward Bullet so he can get a scent. They’re little bits and pieces of a whole that add some spice and flavor.

That said, not all of these mechanics work well, and there were times it actively made the game a case of self-sabotage. On one such occasion, Bullet was supposed to fetch me a key for the Sheriff’s truck after an enemy encounter, but he never actually did that, and I had to restart from an autosave. Another time, the game’s camcorder tapes didn’t move an environmental object like it was supposed to, even with me standing away from it. After messing with my positioning several times, I finally got the environmental object to move, but this was after spending roughly half an hour wondering if I was in the wrong spot.

Lost and Better Off Not Found

From Blair Witch: VR Edition’s unsatisfying attempts at terror to forgettable characters and absolutely poor graphics, you have plenty of reason to skip this hike through the woods. Throw in some game-breaking bugs and glitches to an already lacking experience, and your $29.99 is better spent elsewhere. Let this be a testament that horror games don’t always need a VR port to continue to be scary.