Invasion From The Past 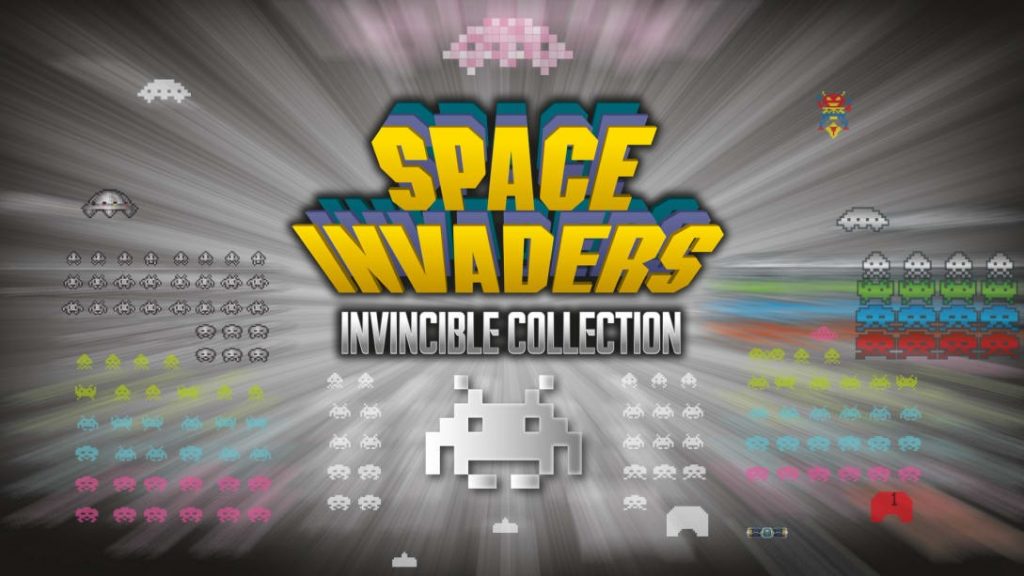 I’ve always had a soft spot for Space Invaders. Maybe it’s due to the simple yet tight gameplay, the kind that lets a game remain relevant after 43 years. Perhaps it’s due to the original cabinet’s killer artwork which looks right out of a classic monster movie. It probably has a lot to do with it being my late father’s favorite game. I’ve heard a lot of stories of the hours he used to spend in an arcade pumping quarters into one of those classic machines. Regardless of the reason, having a collection of eleven of the series’ best titles together on the Nintendo Switch is a dream for any fan of the series. While this isn’t a perfect collection, there’s enough here to keep anyone wanting to blast some aliens busy. 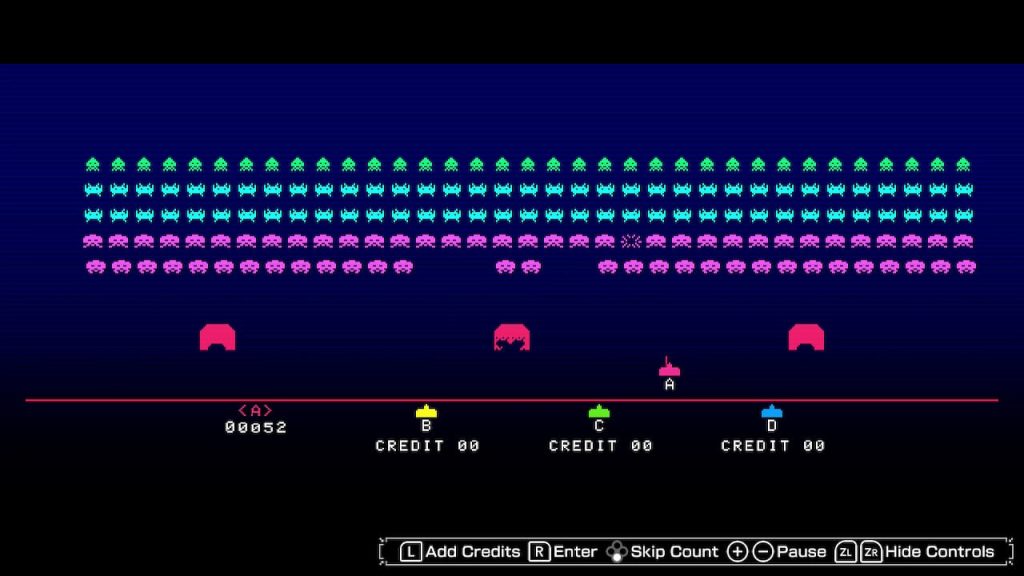 Calling this an eleven-game collection might be giving it a bit too much credit. While there are technically eleven choices, many of them are closer to variants of other games in the collection than additional games. For example, you have both the black and white and color versions of the original Space Invaders. The game also includes Space Invaders Part II, which includes a few new additions like enemy reinforcements and aliens that can split in two, but at its core, this is still very much the same game.

The Best Space Invaders Has To Offer 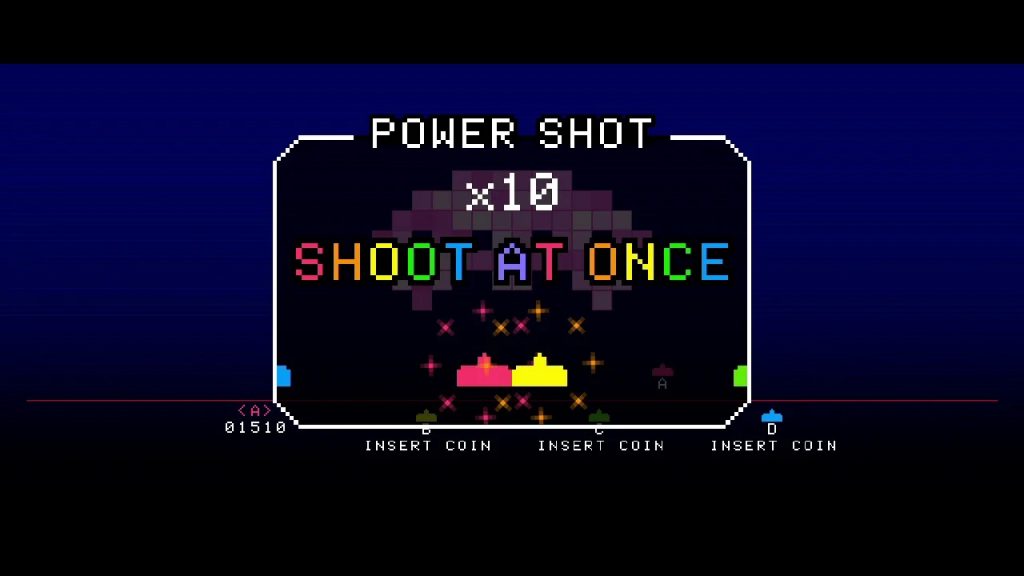 Those aren’t the only duplicates, either. Super Space Invaders 91 is one of the best games in the series. I’m incredibly excited to have it on my Switch. Yet counting it and the Japanese version, known as Majestic Twelve, as separate games is a stretch. There are a few differences, such as improved backgrounds in the US version and the removal of zone selection, but they’re again fundamentally the same game. Still, this is a truly great shooter well worth playing.

The other highlight of this collection is Space Invaders Extreme. Originally released for the DS and PSP back in 2008, this is perhaps the biggest update the series has ever seen. With new power-ups providing weapons such as laser beams and bombs, enemies with a lot more variety in size and tactics, bonus stages that can be triggered for extra points, branching paths, and more complex bosses, there’s a lot to adjust to. Despite all of the updates, though, it still feels like Space Invaders in the best way. I would have loved to see the sequel, Space Invaders Extreme 2, included in this collection. It feels like the biggest missed opportunity of the Invincible Collection. 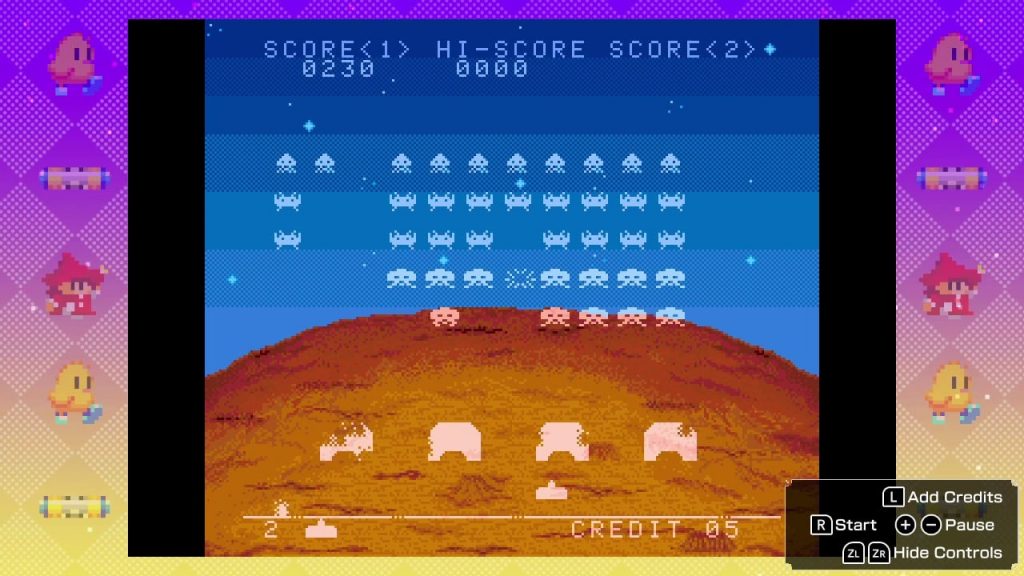 While Extreme and 91 are the highlights here, there are a few hidden gems that grabbed my attention as well. Space Invaders DX features an updated version of the original game. It doesn’t feel identical, but I actually really enjoy the slightly smoother feel it provides. A parody mode there lets you replace the traditional sprites with characters from other Taito games, which is delightful. Space Cyclone is an arcade game using the Space Invaders board, which has never seen a home release before. While a bit more frantic and less refined than Space Invaders, it’s still a lot of fun.

Many of these games feature a how-to-play page that is actually more detailed than you might expect. I do wish there were a bit more of the sort of historical context included, which older collections liked to include but which modern ones so often leave out. Documentaries on the series, old advertisements, collectible artwork, a series with the rich history of Space Invaders could easily provide all of this. The game selection here is largely strong, but there’s little else included.

They Can’t All Be Winners 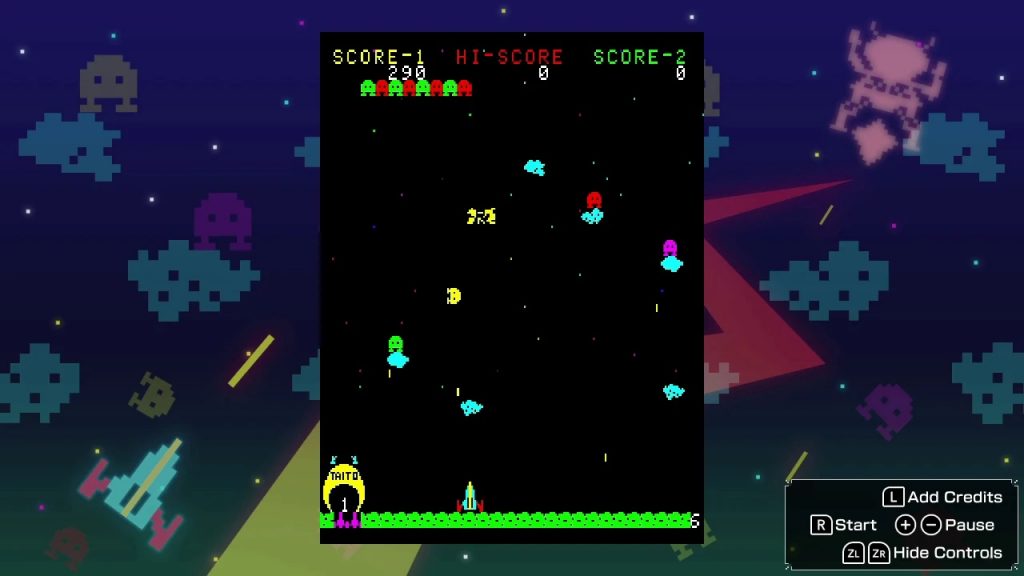 There are a few duds in any collection, and the Space Invaders Invincible Collection is no exception. Lunar Rescue is here because it’s another Taito game that uses the Space Invaders board. I suppose it also features a space theme, but the connection here is nebulous. It doesn’t play or feel at all like Space Invaders. It’s also just not a particularly interesting game. Space Invaders 4SE is designed to take the original game and update it with multiplayer and a few new mechanics. It’s fine, but rarely interesting and could have used to take a few more chances. It also screams out for online support. The only online component in any of these games are leaderboards. Fighting to be among the best in the world is cool, but hardly realistic for the average player.

It’s worth noting that the final game in this collection, Arkanoid vs. Space Invaders, was not available at the time of this review. It’s a separate download from the rest of the collection. Having played it on Android in the past, I can confirm that it’s generally a solid blend of the two series, though nothing revolutionary. While everything else in this collection runs well on the Switch, I can’t confirm that title does as well.

The Space Invaders Invincible Collection offers a lot of ways to fight off alien invaders. They aren’t all winners, but enough of them hit to make this worth the time of any fan. Space Invaders Extreme and Super Space Invaders 91 alone will likely steal even more hours from me than they already have. If you’re wondering why this series continues to captivate players all over the world after 43 years, a few hours with this collection should clear things up.

Full disclosure: This review is based on a copy of Space Invaders Invincible Collection provided by the publisher. 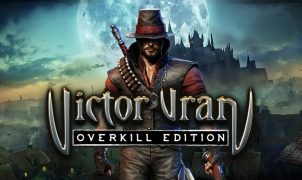