OCO: A pixelated platformer that pleases the senses 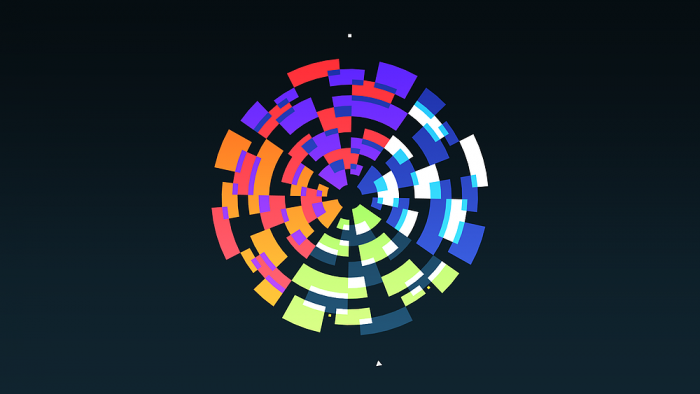 Fans of rhythm games will enthusiastically agree that combining the genre with another makes for an interesting experience, and often one worthy of attention. OCO is one such combination; a 2D precision/rhythm platformer that originally graced iOS and Android screens, OCO has arrived on Steam for the low, low introductory price of $3.74 (regularly $4.99). After only a few minutes of gameplay, it’s easy to see why OCO’s 180 unique levels were such a hit on mobile, and the entire experience translates beautifully to PC.

OCO is pretty straightforward in concept: a level-based game not unlike Angry Birds or Neighbours back From Hell, players will take control of a small white pixel is let loose on a big maze-like wheel. The pixel will move either clockwise or counter-clockwise depending on any obstacles that might change the pixel’s direction (it will continue moving clockwise until it hits a wall, which will force it to move in the opposite direction). The only control is the jump button, which is either space bar or the left mouse button (player’s choice!). The goal is to collect all the yellow pixels scattered throughout each maze, with optional subgoals like obtaining them with the fewest number of jumps or as quickly as possible providing additional points to skillful players. All of this, of course, played to mesmerizing beats that will absolutely make players lose track of time. 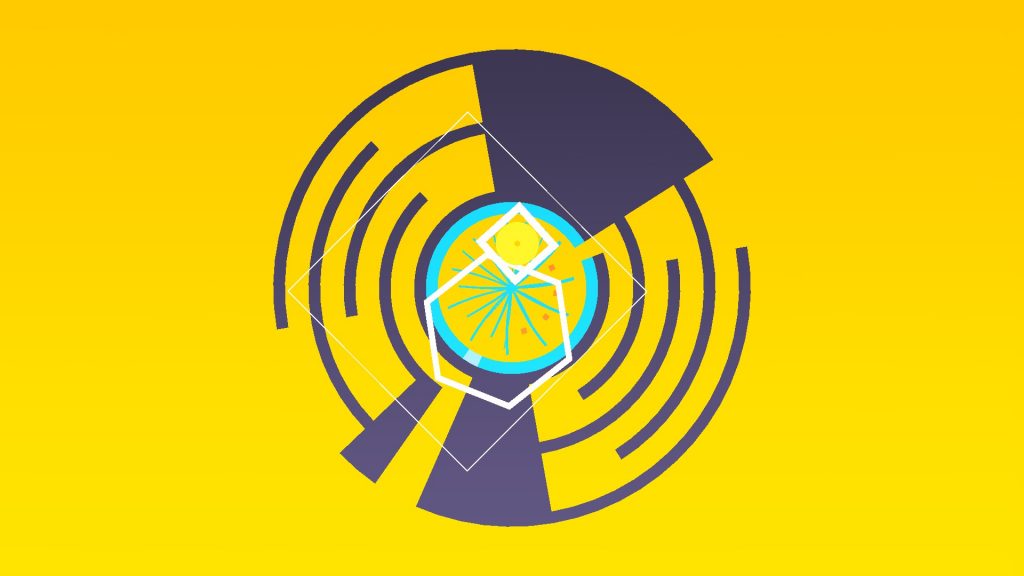 OCO‘s minimalistic approach to its aesthetics is pervasive throughout the entire experience. This translates to simple beats and lines, but said simplicity allows players to be kind of lulled into a zoned out state, especially when it comes to the music. The music also helps dictate when you should jump, as it’s often to the beat of the song. As for the visuals, the simple lines and backgrounds offer absolute eyegasms with their pops of color, always providing visual interest in harmony with its minimalist design. Make no mistake, the aesthetics are a big part of what makes OCO work so well, hypnotizing players to keep going for hours on end.

What makes OCO a precision platformer is its necessity to land on very specific parts of the maze in an effort to collect the yellow pixels. This can mean timing the perfect jump or approaching the pixel from a clockwise direction instead of the other way around. While figuring out these platforming puzzles, the white pixel will occasionally land on specific spots that are are a different color than the rest of the maze and indicate a special power boost, such as a super jump or a dash. By hitting these spots just so, the white pixel will reach new heights, leaving a colorful trail in its wake. This, in turn, lights up the maze like some sort of minimalist kaleidoscope, offering players eye candy that will definitely yield a dopamine drop. 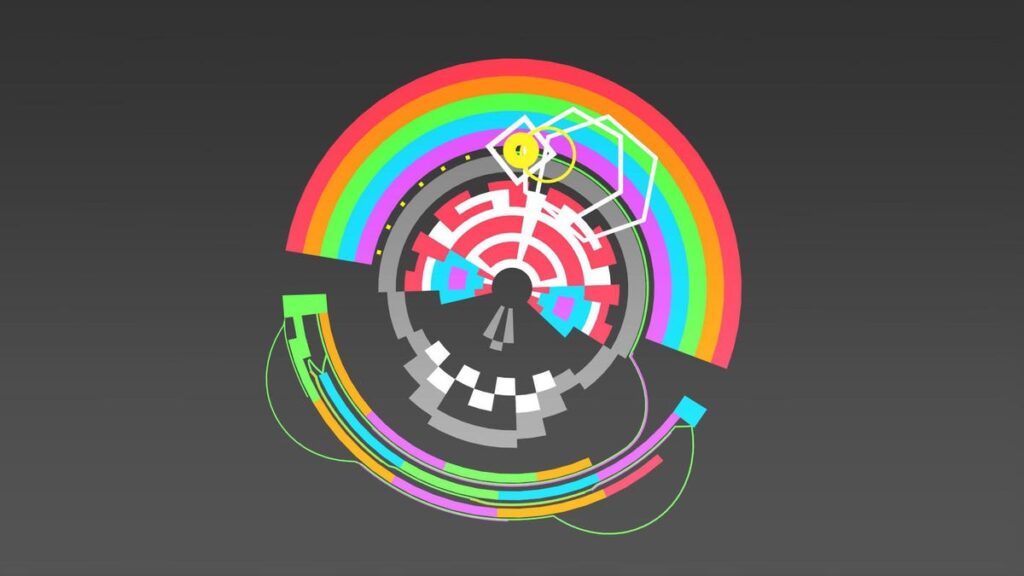 Should players sign up for an account, they’ll be allowed to play levels made by other OCO-enthusiasts, which are absolutely off the rails. Additionally, there are leaderboards, weekly competitive events, cross-platform play and cross save, daily challenges, and more — for a minimalist 2D precision/rhythm platformer, there sure is a lot going for it! One of those games that are easy to learn but hard to master, some Steam reviews show upwards of 90 hours of gameplay. Of course, that’s mixed in with reviews that have tried it out for only an hour or so, which shows me one thing — whether you spend 8 minutes or 80 hours with it, OCO is easy to learn, hard to master, but pleases pretty much everyone.

OCO was already wildly popular on mobile, so it stands to reason that a PC version would be received just as well. The minimalist 2D precision/rhythm platformer does not disappoint on PC, its controls, aesthetics, and gameplay all simple — just as fans like it. With bright, vivid colors that will hand-deliver dopamine to your brain coupled with chill beats and mesmerizing gameplay, OCO will cause players to get lost in its maze-like wheel for hours. Developer does not take responsibility for unmet work deadlines due to OCO’s addictive nature.

Editor’s note: This review is based on a retail copy of OCO provided by the publisher.

Gang Beasts Is Still As Compelling As It Was 3 Years Ago Recently I reviewed Dynasty Feud, a party game that is both complex and compelling in its variety…