There’s fire tonight on your side of town 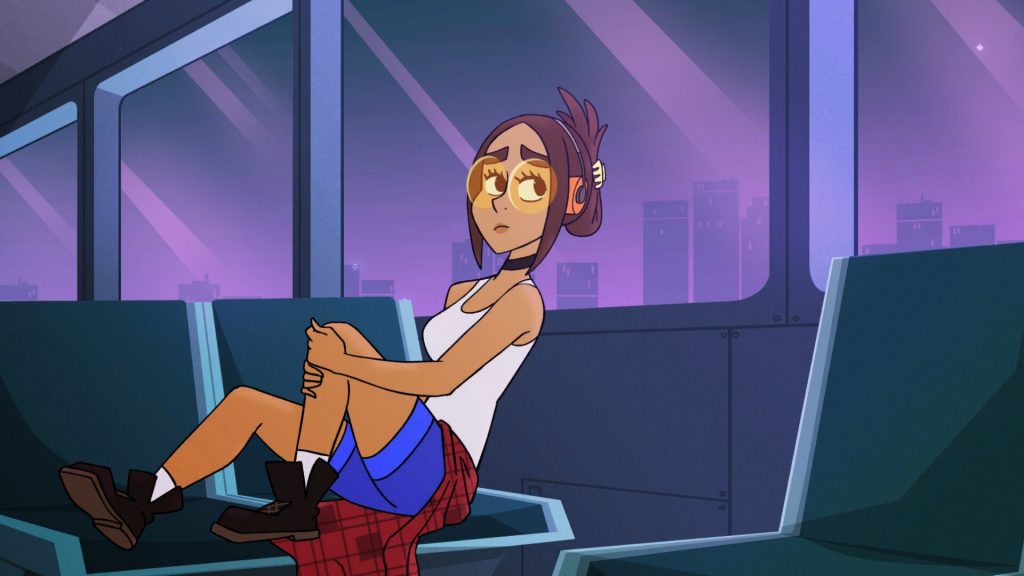 The year is 1990, and sweethearts Maya and Devin are doing normal sweetheart things like talking to each other over the (corded) phone, reminiscing about happy memories. Suddenly, the line disconnects unexpectedly; looking around frantically for the cause, Maya realizes a fire has broken out, shutting down communications all over her part of the town. Wanting to update Devin about the situation and, of course, be with her beau in a dangerous time, Maya rushes outside to find a payphone, telling Devin to stay put — she’ll come over to his place and wait for the fire to die down.

So begins Fire Tonight, a short narrative adventure based off an Information Society song of the same name. Available on Switch and Steam for the surprisingly low introductory price of $4.79 (regularly $5.99), Fire Tonight toes a fine line between respecting a busy gamer’s schedule and ending too soon. With a completion time of under an hour but the aesthetics of something far more fleshed out, Fire Tonight will find a happy home amongst content creators looking for quick content and casual gamers alike. 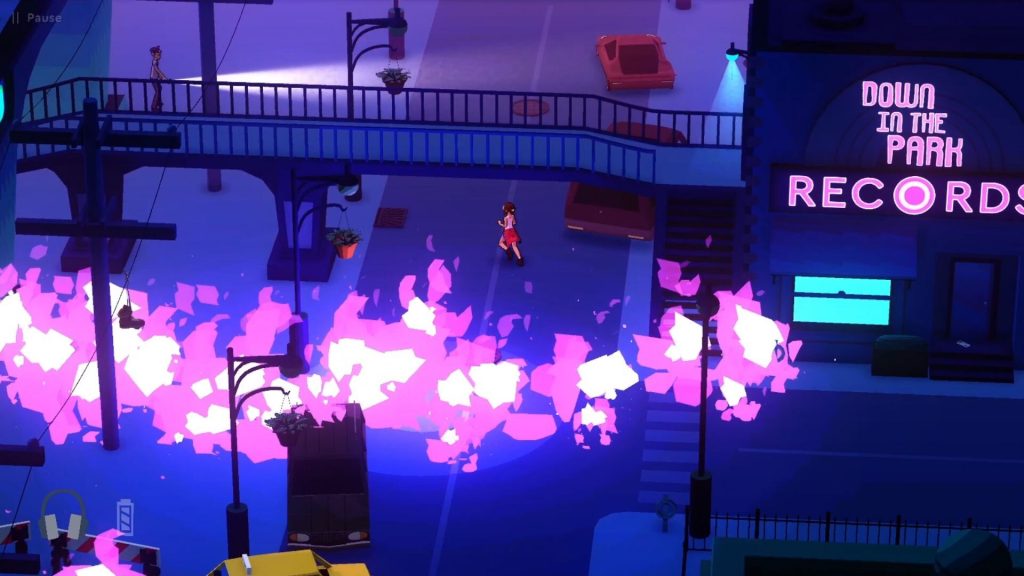 Fire Tonight’s story is extremely straightforward: there’s a fire on Maya’s side of town, and Devin is to stay put and wait for her to arrive at his much safer apartment. Through five quick levels, Maya will make her way through the fire and the flames to get to Devin, while Devin twiddles his thumbs and waits aimlessly around his place (as foretold in the song). While Maya climbs up and down stairs and ladders, pushes around dumpsters, digs through the trash for batteries, evades cops, and roller skates down busy streets, Devin plays video games and realizes his plant has been fake all along. But he does have a mini-game where players fix a cassette tape with a pencil, so… you know. They balance each other out.

As far as aesthetics go, Fire Tonight definitely doesn’t disappoint. The retro-synth music coupled with the bright purple flames set against dark streets and alleyways nailed that nostalgia feeling well. I also enjoyed the hand-drawn 2D character animations, as I found them bright and engaging in their own fun and unique style. Overall, the visuals and audio were pleasing to the eyes and ears, and fans of the retrowave movement will find a lot to love here. 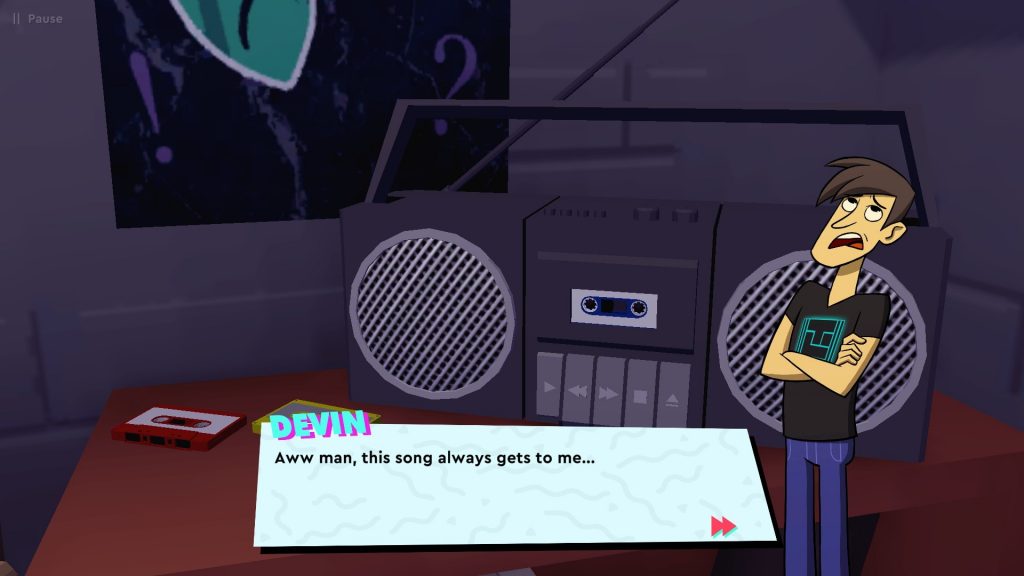 When it comes to Fire Tonight’s length, I have to both congratulate the developers for telling the tight, concise narrative they had hoped to tell and also warn potential players that it is, once again, an extremely short game. My playthrough clocked in just under 40 minutes, which, considering how easy the five levels were, shouldn’t have surprised me as much as it did. And while some other games with five short levels spring to mind, such as 198x and Speed Limit, their length felt extended due to each game’s difficulty; Fire Tonight, by contrast, seemed to reel back the difficulty in an effort to get players back into the narrative as quickly as possible. Considerate for a narrative game, of course, but with a bare bones story, it’s not like there’s really much to jump back into.

Is Fire Tonight’s brevity a bad thing? I’m not sure about that — after all, it’s based off an even shorter song, which is kind of a cool concept when you think about it. Additionally, it’s priced very fairly considering it’s got great aesthetics and plays smoothly from start to finish. If you’re looking for some super deep narrative or extremely complex gameplay then I’m sorry to report that you won’t find it here; what you will find, however, is the literal definition of a short but sweet game that will transport those nostalgic for the pre-internet era back to the time of mixtapes, CDs, roller blades, and no internet. If that’s your jam and you don’t mind that… you know, everything’s on fire, this might be the game to set your heart ablaze.

I’m a big supporter of shorter titles for the busy adult gamer, but Fire Tonight seemed to take the challenge to the extreme when they created this 40 minute experience. There’s a ton of quality packed into Fire Tonight, making for a great streaming or YouTube pick for content creators or just an easy, breezy game for those who want something a little more casual. Where the aesthetics are a sight for sore eyes and provide chill synth beats to relax to, there’s not a whole lot of replayability to be had here. But for the price of a cup of coffee, you could do a lot worse.

Editor’s note: This review is based on a retail copy of Fire Tonight provided by the publisher.