NEO: The World Ends With You Review (Switch)

NEO: The World Ends With You Review: These Games Won’t Die. Will You? 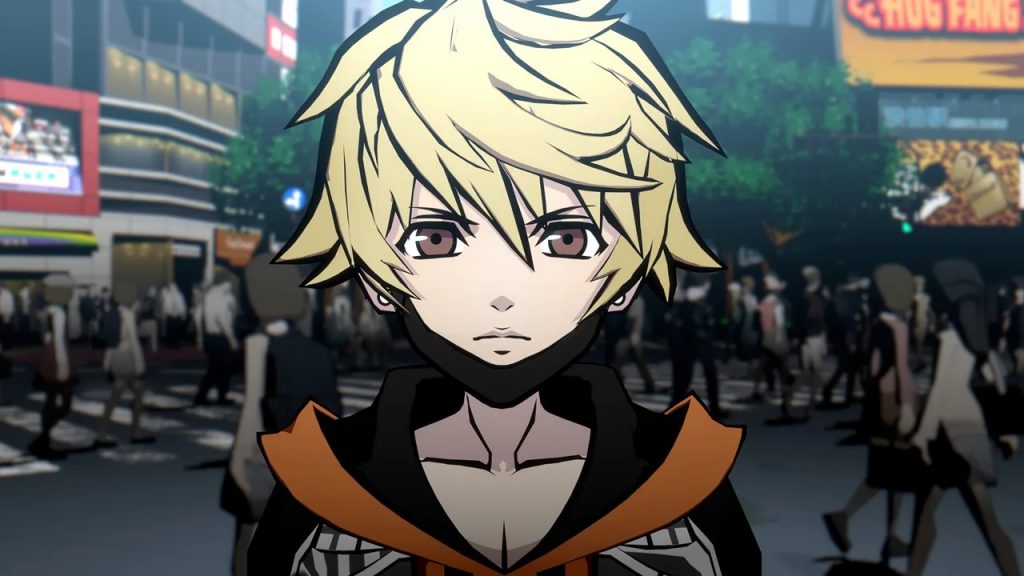 The World Ends With You was the little RPG that could. Originally released on the Nintendo DS back in 2007 (2008 in North America), it met with critical success and sold fine, but never set the world on fire. Despite this, clearly, someone at Square Enix believed in it because it has never gone away. Mobile ports, a switch port (our review), an anime adaptation (our review), the game just keeps coming back. Now, improbably, we have a sequel fourteen years later, NEO: The World Ends With You.

While fans of the original game will find a lot to enjoy here, playing the original isn’t essential. Mostly. Square Enix made the wise decision not to tie a new title entirely to detailed knowledge of a fourteen-year-old game. However, switch players can check out the Switch port of that game, which includes a new chapter linking the games together. 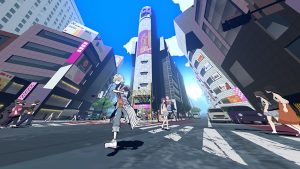 NEO: The World Ends With You is the story of Rindo Kanade. After he and his buddy Fret acquire a couple of strange pins, an unlikely set of occurrences dump them in a version of the Shibuya district of Tokyo, which exists somewhere between life and death. There they’re forced to play a strange game called The Reapers game. Over seven days, they must accumulate points to make it to the top of the leaderboards and beat out a group of other players. Get to the top, and they get a wish, meaning they can go home. Lose, and they’ll be erased from existence.

This version of Shibuya is filled with life and energy, bringing the style of the original DS game into beautiful 3D. The art style looks fantastic in motion and the character designs are incredibly distinctive. There’s so much personality in the city, from the stores you visit to pick out fashionable outfits to the varied restaurants where your characters will increase their stats. The game’s soundtrack also hits the right tone, though the music becomes repetitive, and the way songs reset around battles doesn’t help.

You’ll Have To Fight 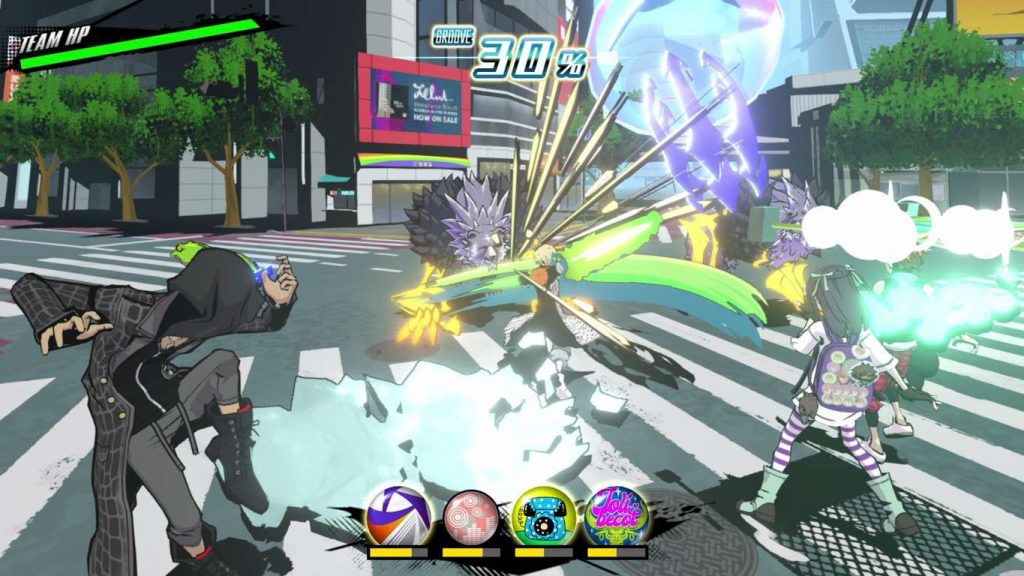 Combat has changed a great deal since the original game. Without a touch screen available on all platforms, NEO: The World Ends With You had to go in another direction. Now each character is mapped to a different button. Your attacks with each of them will be determined by the pins you collect throughout Shibuya. You can buy these in shops, earn them for special moments, or receive them after battles. You’ll have a lot before long, allowing you to customize your own sets of attacks for different situations. It mostly works well and does involve some solid strategy and setup. It can at times slip into button-mashing territory, though. Still, I liked how it allowed me to simultaneously have control over my full party. New pins were always exciting to check out, and leveling them up provided one of the game’s many progression systems.

Levels of progression are stacked on top of each other. In addition to leveling up pins, you’ll level up your characters in battle. That only increases your health, though. To increase other things, as well as health, you’ll need to stop into restaurants and feed your crew. This allows you to customize their progression, prioritizing whatever your team needs. If you feed them things they like, they’ll even get bonuses. 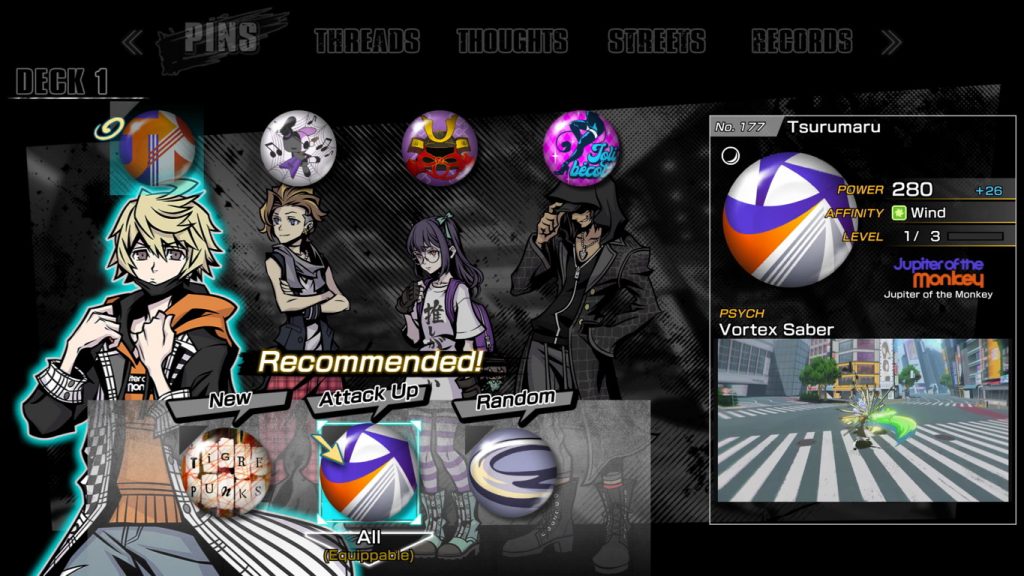 Clothing purchased from a wide variety of shops also provides stat boosts. Wearing multiple items from the same designer can even provide you a bonus, and each item has a bonus ability you can unlock by hitting a specific style level. You’ll meanwhile be building connections on a social media service that unlocks additional bonuses and quality of life options. Some of these will become available through normal progression, while others require you complete side quests.

If that seems like a lot, it is, but it rarely feels overwhelming. Most of NEO: The World Ends With You’s systems only require you to touch them when you want to, with ample room to catch up later. There are exceptions, however. One major mechanic, for example, was only available for a long time by completing a specific side quest, one I missed initially. Thankfully, not too far into the game, you unlock the ability to travel through time. While quests are only available on a certain day, this ability lets you return to earlier days, in addition to being a big part of the puzzle-solving throughout the game.

The Value Of Time 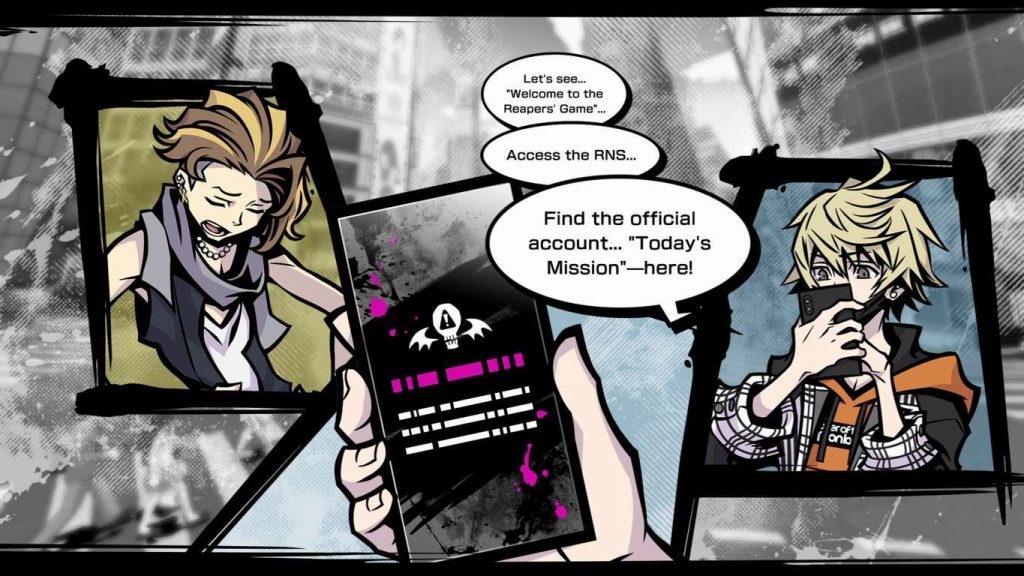 Somehow though, this mechanic doesn’t feel as well thought out as I would have liked. Going back to past days to complete quests, grind levels, unlock pins, and gain money, is important. The game encourages it, allowing you to quickly adjust your level and difficulty to gain bonuses and unlock extra. This isn’t gaming the system; it is the system. It’s a cool feature, but every time you travel back to a past day, you have to start it from scratch. This means watching all cutscenes, seeing all dialogue, and progressing things in the same order you did originally. This can take a lot of time, depending on the day. A simple skip option would have gone a long way to integrate this. Instead, I often dreaded going back to finish things.

This lack of respect for the player’s time is a common theme in NEO: The World Ends With You. The game is a bit too fond of sending you back and forth from one end of the city to another for little reason. With no fast travel system, aside from what is effectively a run button a few hours in, this can take a lot of time. While running back through areas can provide nice chances to hit up shops and restaurants, most of the time, it feels like padding.

How The World Ends 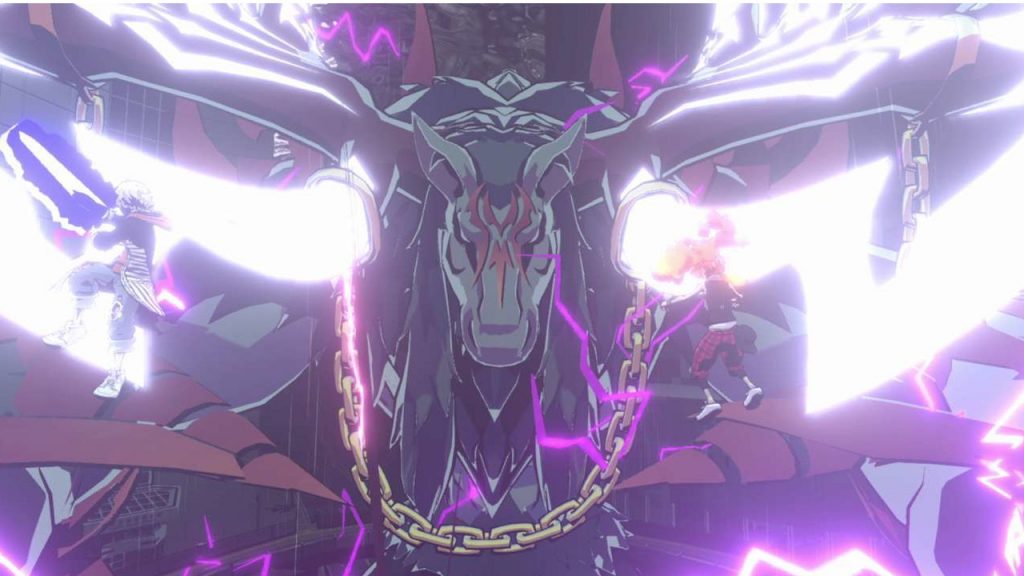 Performance is mostly strong in the Switch. I rarely felt any sort of slowdown, a nice surprise for a game also releasing on PS4. It’s a very smooth game. I did, however, experience a pair of crashes at the end of chapters. Thankfully autosaves allowed me to continue without missing much, but both times I was afraid I’d have to fight a difficult boss again. One of those happened right after the final boss, which had me about ready to toss my Switch across the room.

I also wish things ended on a stronger note. NEO: The World Ends With You features an interesting story, and in its early hours, does a great job of integrating elements from the original game while creating something that stands on its own. The last few chapters, however, go all-in on connecting things to the original game. As someone who never completed the original and last played it over a decade ago, I found myself frequently lost and having to look things up. While connections earlier in the game are often explained, later, they’re barely glossed over. Some of these connections feel like they’re almost entirely fan service as well. Characters show up who have little to do except satiate fans who would otherwise have missed them. Worse, some of these returning characters get little in the way of development, with it just being assumed you’ll enjoy seeing them again. Still, the game’s original cast are highlights and some of the returning characters, especially those who show up earlier in the game, are a joy to see. With three years passing between the plots of these titles, you get a chance to see some real evolution from some.

NEO: The World Ends With You does a lot right. It provides incredible style and a solid combat system. The story is entertaining, and the characters almost feel like old friends after how much we’ve been through together. Its many systems may seem daunting at first, but they provide a lot for you to chip away at. While I wish it did a better job of respecting the player’s time and that certain elements offered a bit more variety, any fan of the original will want to beat a quick trip to Shibuya. New players will still find a lot to like, but may be better served checking out the original first, or at least watching the anime adaptation released earlier this year.

Full disclosure: This review is based on a retail copy of NEO: The World Ends With You.

The Girls Are Back In Town, And Their Boobs Are Still Magnificent!   Do you like boobs and video games?  If you answered yes to that then I’m sure…