Unbound: Worlds Apart Review: Out Of This World 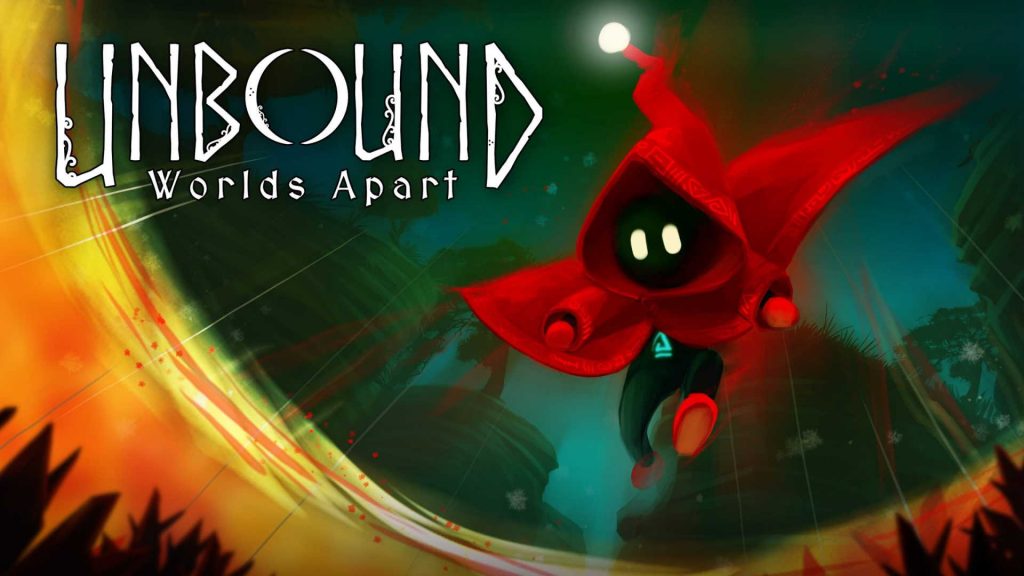 It may be hard to believe, but it’s been nearly 25 years since Castlevania: Symphony of the Night was released for the PlayStation. Konami’s 1997 classic single-handedly established the Metroidvania genre as we know it. And even today, the genre remains more popular than ever, especially among the indie gaming community.

Unbound: Worlds Apart is one such title. Developed by Alien Pixel Studios, a tiny team from Bucharest, Romania, it features many of the themes Metroidvanias are known for. There’s challenging platforming, clever puzzles, and a massive map that you gradually uncover as you unlock different abilities to reach previously inaccessible areas. However, that’s not to say it doesn’t do anything new—quite the contrary. In addition to these familiar genre staples, the game also features a unique, world-warping twist. And it’s this innovative mechanic that really sets Unbound: Worlds Apart…well…apart from the pack.

Staring Into The Abyss 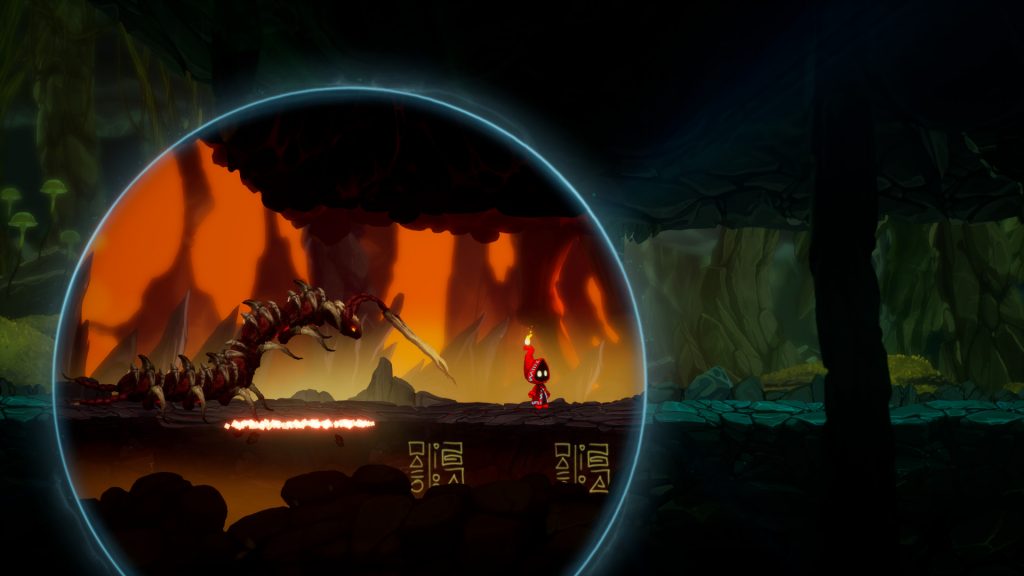 Unbound: Worlds Apart puts players in the red robes of a pint-sized mage named Soli. In the game’s opening moments, Soli’s peaceful life in a village of mystics is disrupted when a portal opens, and grotesque creatures, led by the Demon King, emerge from it to ravage the once-peaceful land. However, when the earth collapses underneath his feet, he finds himself in an unfamiliar cavern beneath his ravaged village. In this strange cave, he’s is granted the ability to open small portals that can shape the world around him in interesting ways.

There’s no traditional combat to speak of in Unbound. So, this power becomes Soli’s only real way of overcoming the hazards and other enemies he’ll encounter. These portals, represented by wide circles, transform reality in an instant. For example, you can use portals to transform demons into blocks which be pushed to reach high ledges. Other times, portals will reveal otherwise invisible platforms to help you cross wide gaps. You just never know what you’re going to get until you peek behind that curtain. And sometimes, it’s what’s on the other side that you need to be worried about. What appears to be a harmless butterfly in your world might just turn out to be a Lovecraftian monster once you peer behind the veil of reality. And oftentimes, you’ll need to quickly shuffle between planes of reality to solve the game’s clever puzzles.

If this sounds overwhelming, it can be at times. And honestly, that’s a big part of what makes the moment-to-moment gameplay exciting. The way Alien Pixel Studio has managed to balance the game’s frenetic world-shifting with meticulously crafted puzzles is, quite frankly, awe-inspiring. The game’s disarming, storybook visuals belie a devilishly challenging platformer that will keep you on your toes. 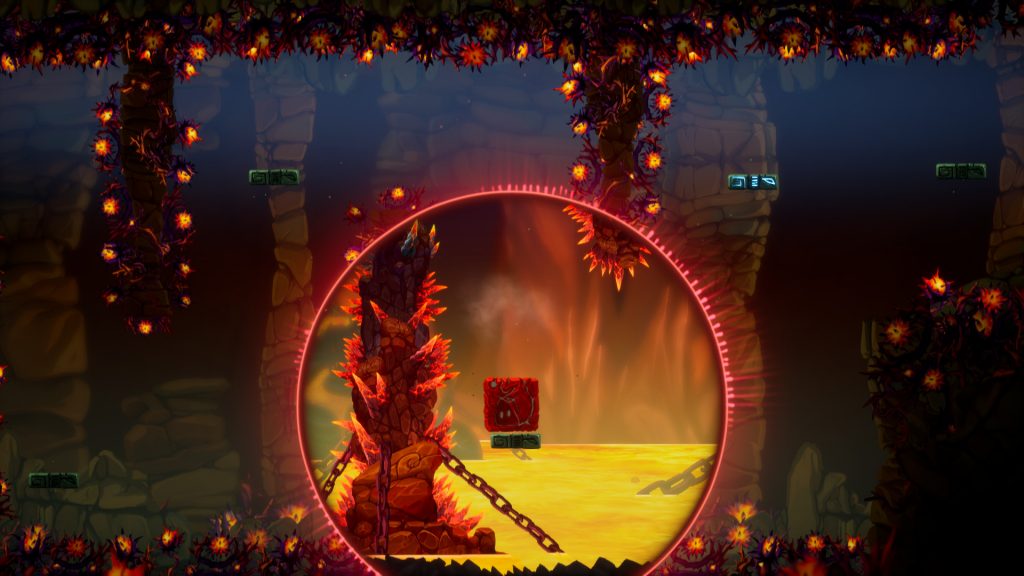 This unpredictability isn’t just reserved for what you’ll find waiting behind a portal. Throughout the game, you’ll visit different sub-levels separated by gates that will imbue your portals with unique properties to help you navigate particular areas. For instance, one type allows you to see in dark places. However, its illuminating radiance shrinks as you move. Another turns you into a heavy red block that can smash certain obstacles, crush enemies, and weigh down floating platforms that would otherwise send you shooting upward into a ceiling lined with spikes.

My favorite portal ability, however, is the one that changes an area’s gravitational pull. As you’d expect, you can use this power to walk on ceilings. But things get much more exciting when you rapidly activate and deactivate the power, giving you limited flight as you rise and fall, over and over again, to clear huge chasms.

Of course, all of these powers wouldn’t mean much if Unbound didn’t play well. But thankfully, that couldn’t be further from the truth here. The game’s controls are snappy and satisfying. Even when the game required me to perform complex combinations of plane-shifting, dashing, and double-jumping, everything felt nice and responsive, and I never once found myself cursing the controls when I missed a jump or got squashed by a massive demonic bug. 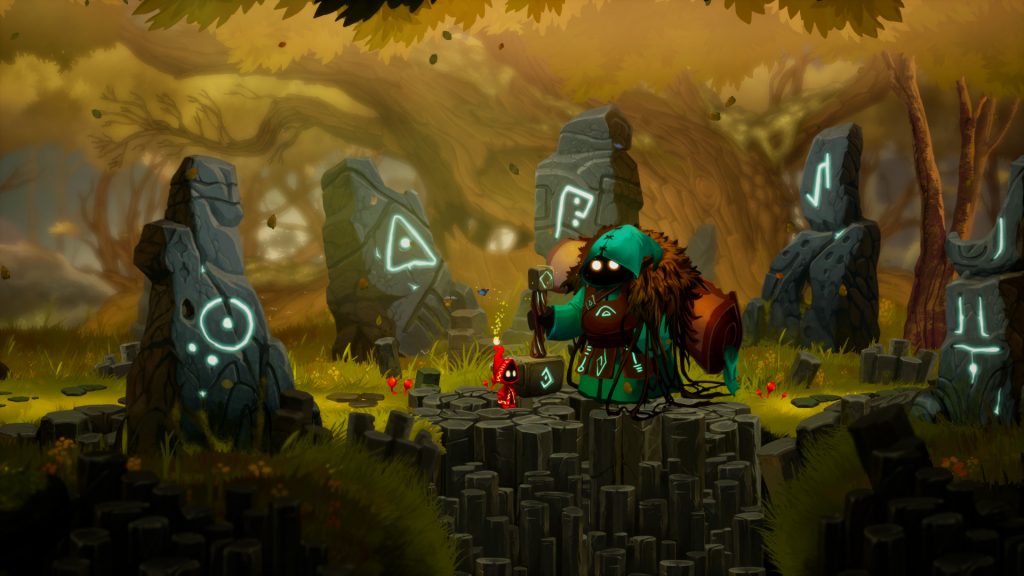 Unbound: Worlds Apart’s presentation is nothing short of breathtaking. It features an imaginative, dark storybook art style that’s simply irresistible. The backgrounds are especially impressive, featuring rich details that really bring to life the sand-swept deserts, ruined castles, and eerie mines you’ll explore. Also worth noting are the monsters. From chittering spider-creatures with bulging eyes and warped appendages to mammoth beasts covered in spikes and gnashing teeth, they’re all so delightfully demented. I just wish that Soli himself was given the same amount of care. His animations are pretty limited, which makes doing things like climbing ladders seem awkward, as if he’s merely gliding up the surface of a wall.

As good as the visuals are, Unbound‘s music is just as impressive. From the ambient and emotional main piano theme to the pounding anthems that push the boss fights forward, these rich and dynamic soundscapes are bound to remain stuck in your head long after you put your controller away. I only wish there were a few additional tracks peppered throughout the game. Not because the music that’s here got old, mind you. But just because I really wanted to hear more of it.

A Tear in the Time-Space Continuum 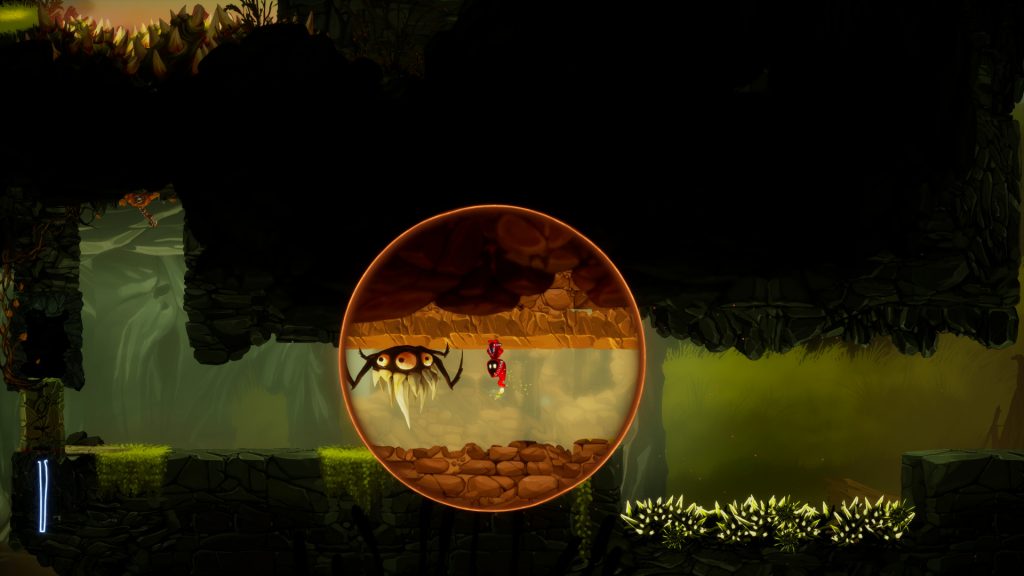 Needless to say, I really enjoyed my time with Unbound: Worlds Apart. But that’s not without its share of issues that bring down the experience a bit.

As I said earlier in this review, the game features some devilish platforming segments that demand pixel-perfect precision and exact timing. I love this challenge, and these gauntlets provided some really exhilarating moments. The problem is your hitbox can feel outsized at times. There were many occasions where I’d watch as my hapless wizard disappeared in a puff of smoke without clearly seeing what hit him. There was one narrow corridor, in particular, lined with enemies and spike traps, that gave me a ton of grief. I tried for a half-hour to make my way through to the other side. But navigating through these hazards, even though it seemed like I had ample room, proved to be like trying to thread a needle without any thumbs. I ultimately ended up just quick-traveling beyond this point. Suffice it to say my blood pressure thanked me for it.

Unbound: Worlds Apart also suffers from some serious performance dips on the Switch. Certain areas cause the frame rate to dip into the single digits. And, as you can imagine, this is a pretty big deal when you’re playing a game with such demanding platforming. Thankfully, these areas only pop up from time to time. And strangely, they don’t seem to be the largest or most crowded ones either. Here’s hoping this issue is fixed in an upcoming patch. As it stands, these hits to the game’s performance, while only occasional, can really hurt the experience when they surface.

Performance woes aside, Unbound: Worlds Apart is easy to recommend to any fans of the Metroidvania genre. With its outstanding presentation, clever mix of puzzles and platforming, and a truly unique hook, it’s a game that will keep you glued to your controller from start to finish. So if you’re looking for an enthralling adventure into a vibrant fantasy world, look no further. Unbound: Worlds Apart is a window into a strange and fascinating realm that you’ll want to explore.

Editor’s note: This review is based on a retail copy of Unbound: Worlds Apart provided by the publisher. 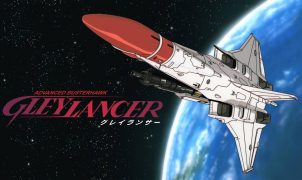 Gleylancer Review: Setting A Standard This is how you update a classic game. Gleylancer may not have the name recognition of a few of the top 16-bit shmups. Still,…