Having A Ball – How To Defeat Eos, God of Unity in Eldest Souls 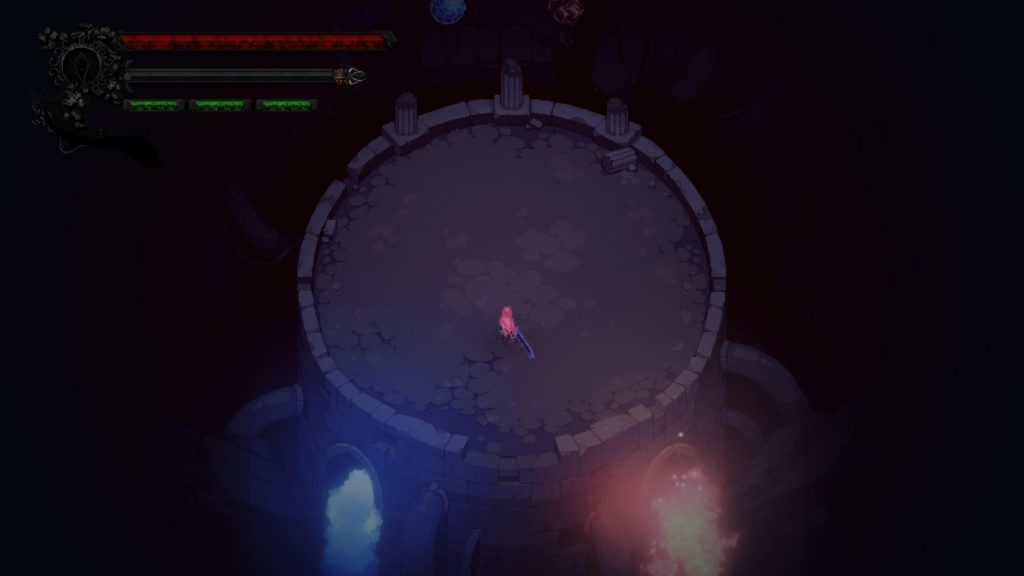 Found slumbering in a shrine in the northwest corner of The Crossroads, Eos, God of Unity is an elemental spirit that fights using scorching fire and torrents of water. While your battle with The Guardian taught you the value of patience and keeping your guard up, this one requires a more aggressive approach.

When you first enter Eos’ chamber, two spheres will emerge from the platform you’re standing on and combine in a fiery blast. This is Eos’ unified form, which will alternate between using flame and water-based abilities.  You can tell which types of attacks he’ll be using by his color, with orange obviously indicating fire attacks, while a blue glow means he’s about to trigger a water skill. The biggest problem here is you can’t actually hurt Eos in this form. Instead, you’ve got to beat this big ugly boulder down to reveal the two individual spirits, which are your primary targets in this fight. 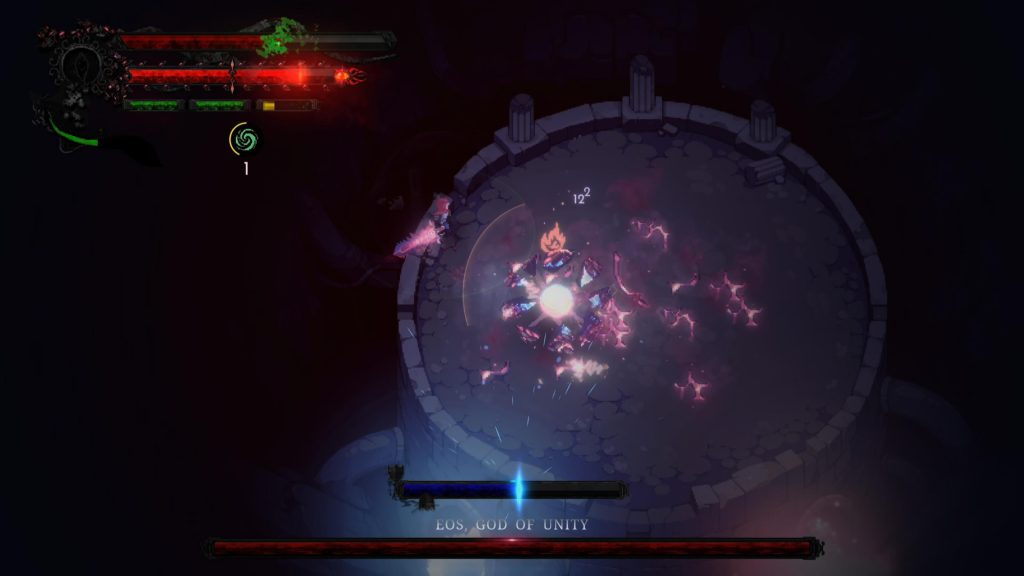 In its combined form, Eos’s most devastating ability is a huge plume of flame that consumes almost the entire platform. Thankfully, Eos usually performs this attack when it’s in the middle of the screen. So try your best to keep the fight to the outer perimeter of the rounded platform unless you feel like being flambéed. What makes this ability even more annoying is that it leaves scorching embers on the ground, which can only be extinguished by Eos’ own water abilities.

Taking care to avoid the charred terrain, pursue Eos around the arena, using charge attacks to close the distance quickly. Eos will alternate between firing off large beams of fire in a straight line or smaller ice beams in two intersecting diagonal blasts. Both of these attacks are telegraphed with color-coded indicators showing their trajectory. Just keep an eye out for them, and dash away to safety before resuming your assault.

While these abilities are Eos’ most powerful ones, be sure to keep an eye out for fire and ice balls. Fireballs are easy to avoid and are lobbed in volleys of 3 that fly in a straight path. Meanwhile, Eos’ icy projectiles usually come in pairs and follow you arena the arena, making them especially bothersome. Also, be careful when you hear a high-pitched chant, as that means Eos will be doling out crescent-shaped waves of water from all sides. Just keep your distance when this happens, and either step between the narrow gaps or use your dash’s invincibility frame to zip through them and get a few free hits in while Eos is standing still. 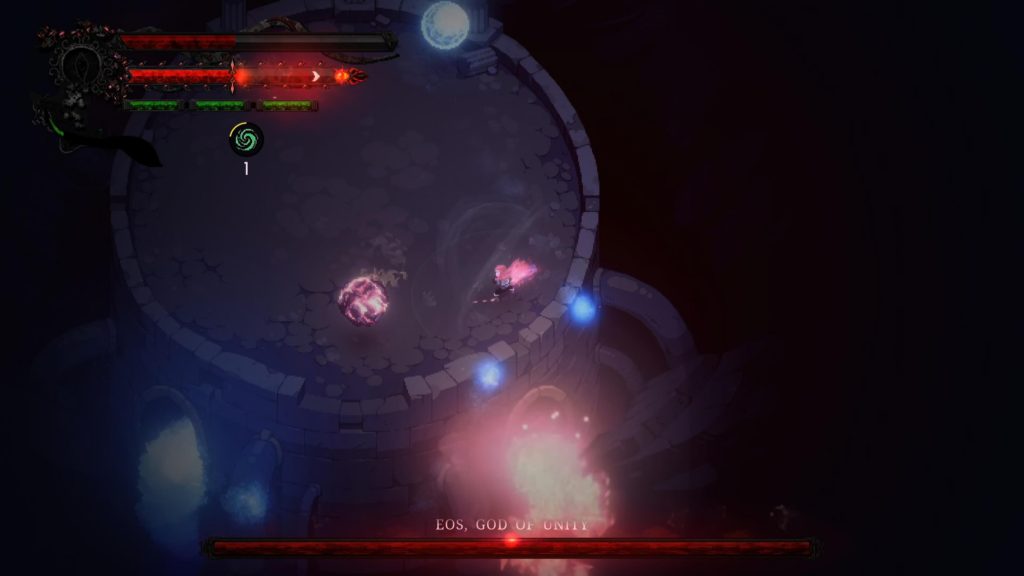 Once the combined form’s health bar is depleted, Eos will separate into two orbs. While they have similar attacks to Eos’ bigger form, they’re much less powerful and take up a significantly smaller area of effect.

You’ll want to deal as much damage as you can when Eos is in this state. This is the only time you can inflict damage to its actual health bar and Eos will return to its combined form after a short while, regardless of how much damage you’ve managed to inflict on it. When this happens, you’ll once again bein unable to put a dent in its real health bar. You’ll know when Eos is about to return to its original form because one of the spheres will return to the center of the screen and stay stationary while the other one lingers around, lobbing projectiles your way. 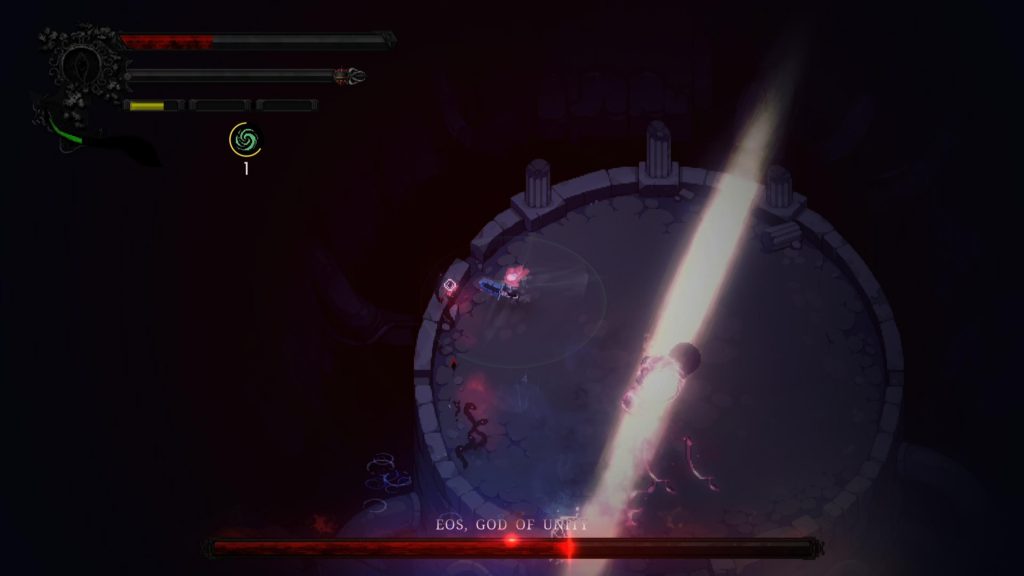 This phase will play out differently depending on which sphere is in the center of the screen. If the fire sphere remains in the middle of the platform (pictured above) it will discharge a massive rotating beam of fire that deals tremendous damage. The beam rotates counterclockwise. Don’t worry about attacking at this point, just keep running in a tight circle in the direction the flames are going while you avoid being damaged by his frosty friend. 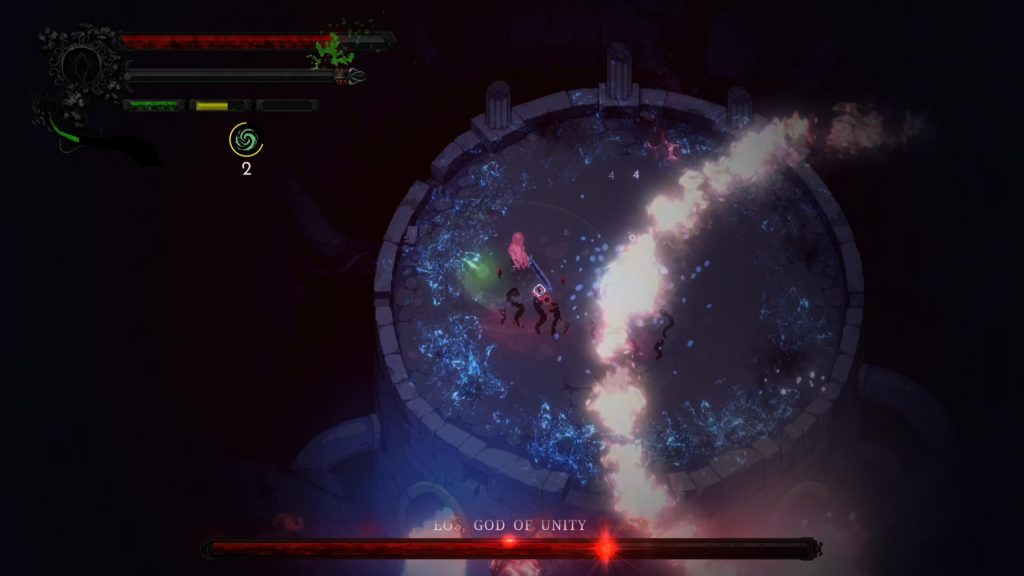 If the ice sphere is the one that remains, you’re in luck. While it’s much harder to dodge the attacks in this phase, this is also a great opportunity to dish out some serious punishment. After getting into position, the ice sphere will begin emitting large, circular waves of frost, while the fire sphere will be doing the same from across the screen. The only way to avoid these blasts is to use your dash’s invincibility frame to pass through them. Try to time it so that you can dash through both waves and end up near the ice sphere and bash away. Keep doing this until he returns to his original form. 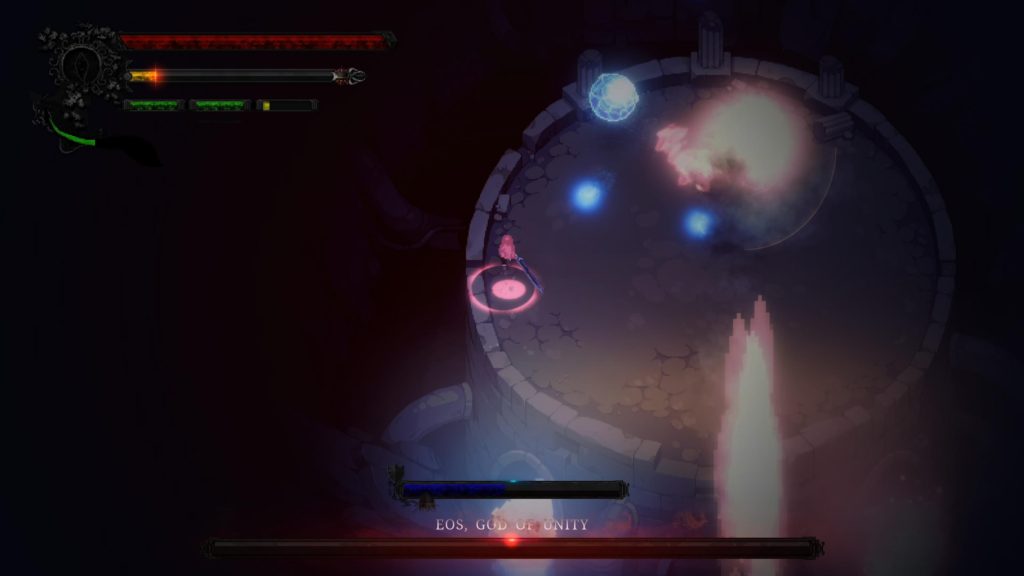 When Eos returns to its unified state, just use the same strategy you did before. But don’t forget to take advantage of your Bloodthirst buff to top off your health the best you can. Once you break Eos apart again, you should be in the home stretch. When they’re finally separated, focus all of your energy on destroying the fire sphere (it’ll make things easier in the end).

With the fire sphere smashed, it’ll implode and begin firing in a counter-clockwise pattern. All you need to do is keep an eye out for where it’s going to fire next and keep pressing your attack against the remaining orb. Keep it up, and victory is yours!

There it is, warrior. That’s how to defeat Eos, God of Unity in Eldest Souls. Don’t celebrate yet, however. The real fights are yet to come. 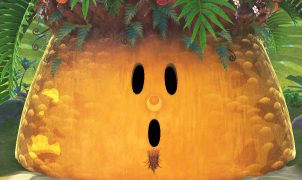 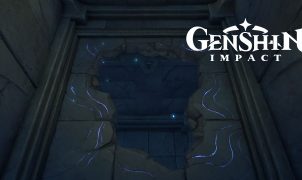