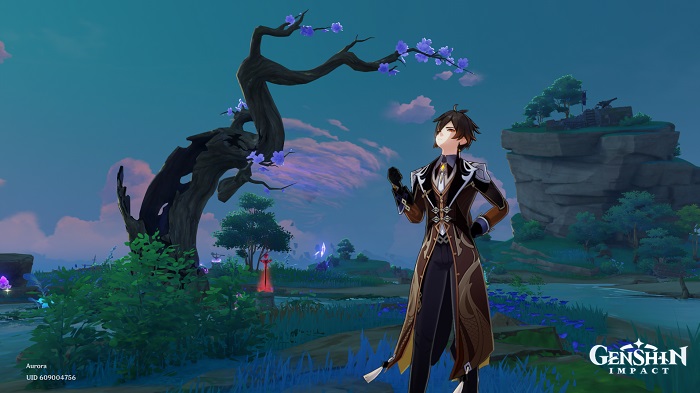 Hello Travelers, today we’re going to take a look at the Sakura Arborism Quest Guide for Genshin Impact’s Inazuma region. This little side quest will help deal with the pesky lightning trees that zap you if you get too close. Let’s get to it!

First, you’ll need to go talk to Miyuki over southwest of the Kujou Encampment. She’s not far from the teleport waypoint down that way. 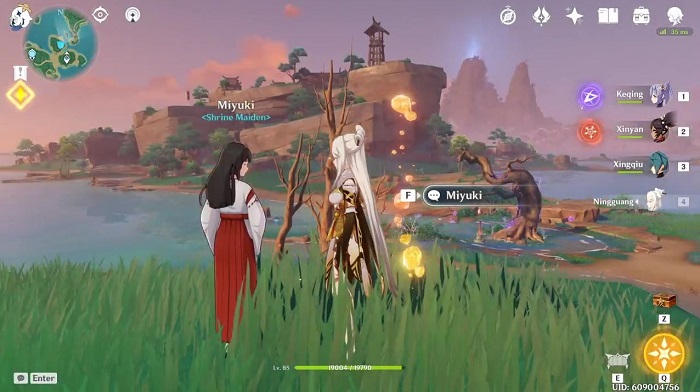 She’ll point out the sad state of the Thunder Sakura trees and prompt you to go investigate some Treasure Hoarders that are nearby that might be the culprit. Rough ’em up, and they’ll spill the beans that they’ve been leeching power from trees. Your next mission now is to go try and reverse the damage.  You’ll get your first taste of stopping the lightning with a nearby Thunder Sakura. You’ll be taught to use your Elemental Sight to see these blue pools of energy that you need to get struck by lightning, so stand near it. Once it gets hit, it’ll disappear, and you’ll move on to the next one. 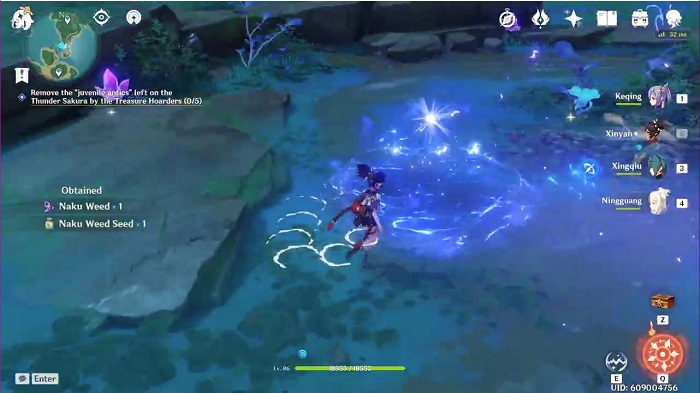 Repeat this about three times, and the lightning will cease as flowers bloom on the appeased and healing tree. There’ll be a device attached to the trunk of the tree, so don’t forget to grab that.

Report back to Miyuki, and she’ll encourage you to go heal the other trees. There are five in total, and you’ve just taken care of one, so here’s the map showing where the others are. 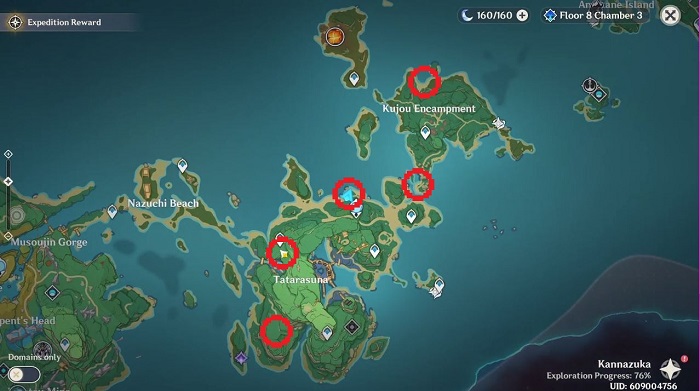 Repeat the purification four more times, keeping in mind the same tactics you’ve used before, and don’t forget to grab the devices out of the tree trunks when you’re done restoring them. Sometimes there’ll be more than one pool. Make sure to get all of the pools by examining all of the nearby environment. You’ll know if you’ve wandered out of the search zone if you stop getting hunted by lightning.

Once that’s good and handled, report back to Miyuki, and you’ll get to go talk with the Treasure Hoarder and his superior. After a heated argument, you get to beat up a wave of Fatui consisting of a Pyroslinger Bracer, Hydrogunner Legionnaire, and an Electrohammer Vanguard. Make short work of them, then be ready for a fight with an Electro Hypostasis. You’ll fight this one just like you would a normal Hypostasis, beat it down until it has the sets of crystals around it. Use an appropriate elemental reaction (overload, superconduct, etc.) to short out the crystals and end the fight. Get through the last bit of dialogue with Miyuki, then enjoy your rewards of 500 Adventure EXP, 40000 Mora, 60 Primogems, and 4 Hero’s Wit! That’s all for this guide, and thank you for reading. Stay tuned for the latest in Genshin Impact news and guides. This is Traveler Cory, signing off! 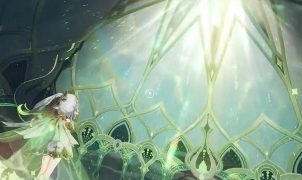