Sniper Elite VR Review: A New View To A Kill 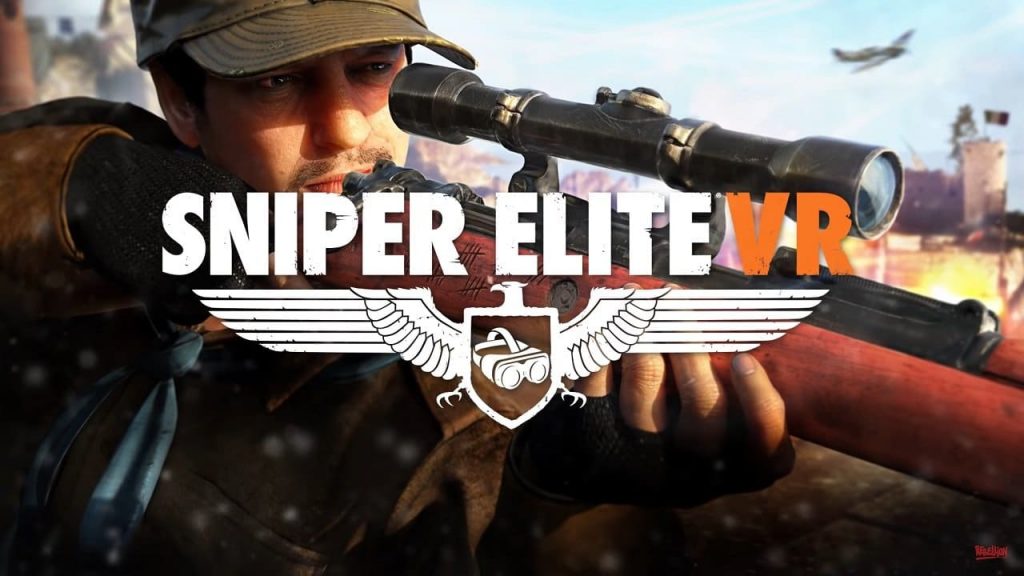 I’ve always enjoyed Rebellion’s Sniper Elite series. There’s just something so satisfying about sneaking around behind enemy lines, lining up the perfect killing shot, and sending a well-placed bullet between the eyes of a Nazi general from a mile away. So when I learned that the Oxford-based studio was working with Just Add Water to bring the franchise to the realm of VR, I was eager to get behind the scope of my virtual rifle and bag me some fascists.

Now, after beating back the Nazi war machine one bullet at a time, it’s time for my debriefing. Sniper Elite VR manages to bring the franchise’s long-distance death-dealing to VR with a surprising degree of accuracy. From its sublime sniping gameplay to the gruesome x-ray kill cam that shows your bullet tunneling through your hapless victims’ entrails, it nails the core mechanics the series is known for.  But the concessions the developers made to squeeze it onto your favorite headset occasionally make Sniper Elite VR feel more like a boardwalk shooting gallery than a daring freedom fight. 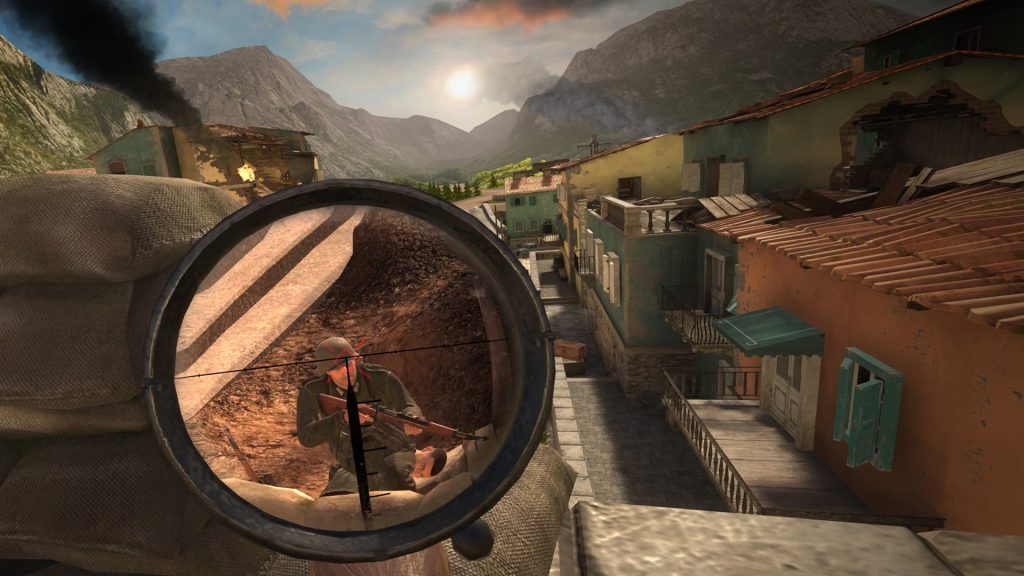 Sniper Elite VR‘s story takes place in 1943 during the Nazi occupation of Southern Italy. Players take on the role of an aging Partisan fighter recounting his time with the resistance. Spread across 18 missions, the game tasks you with doing things like stealing fuel from depots, sabotaging enemy gun emplacements, and assassinating high-ranking German officers to reclaim your homeland.

Of course, this is a Sniper Elite game we’re talking about. As such, you’re going to be doing a whole lot of shooting before you reach the end credits. Thankfully, Sniper Elite VR doesn’t merely capture the feel of its predecessors; it elevates the series’ signature brand of sniping to a whole new level.

Taking out your enemies is a much more intimate affair this time around. No longer are you simply lining up your shot and squeezing the trigger. Instead, using the Oculus Touch controllers, you’ll actually need to bring back the bolt of your rifle, load your magazine, and close the bolt before bringing the rifle’s scope up to your eye and lining up your shot. There’s no trigger to hold your breath; you’ll actually need to do that yourself (the focus button can only do so much, after all). These steps make Sniper Elite VR‘s kills immensely rewarding in a way the series’ flat-screen iterations could never hope to match. 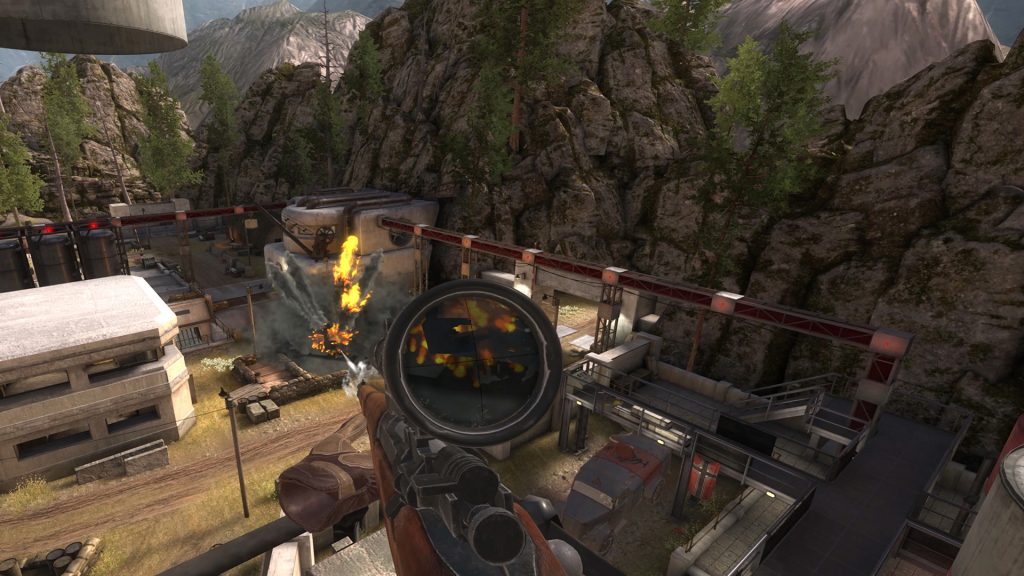 As someone on the jittery side, I’ll admit it took some time to come to grips with Sniper Elite VR’s more demanding control scheme. Thankfully, that’s where the game’s focus mode comes in. Focus mode is activated by squeezing the grip button on your forward-facing hand. And, once activated, this zen-like state will zoom in closely on your target while making your movements more precise. Of course, it’s by no means a win button. At the end of the day, you’ll still need a steady hand and trigger finger to nail your shots. But this mode undoubtedly helps make up for not having an actual rifle stock to steady your aim with.

X-ray kills have long been a staple of the Sniper Elite series. And Sniper Elite VR makes these macabre mementos of your marksmanship more visceral than ever before. Being able to gaze into the eyes of your opponent before watching a bullet bore right through it is grotesque, to say the least. If that’s too much for you, that’s fair. However, if you’d rather not have a front-row seat into the sac of the poor soul whose testicles you just popped like overly ripe melons, you can disable X-ray kills from the options menu. 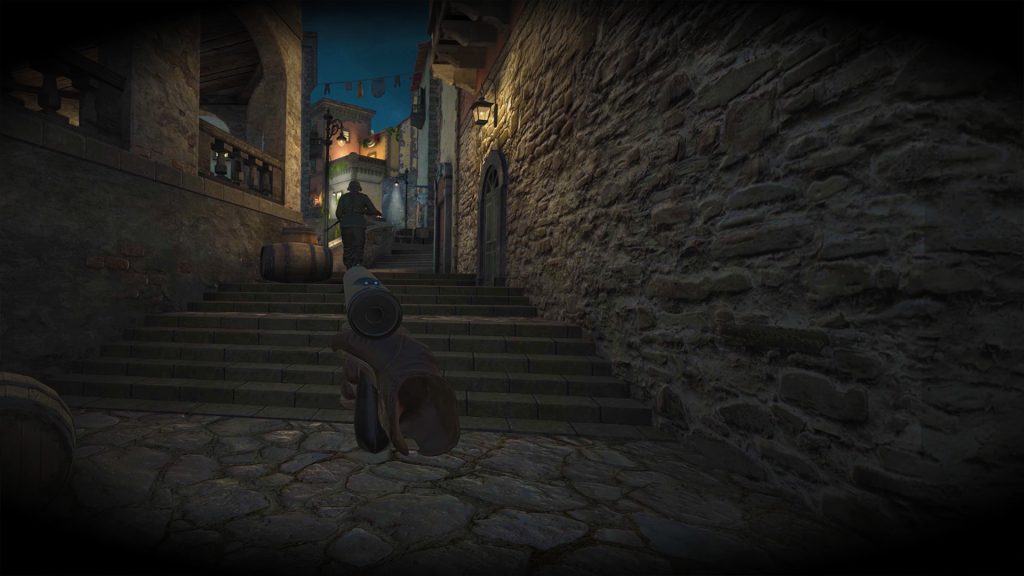 We’ve been playing VR games for years now. That said, it’s no mystery that fully fleshed-out experiences like Valve’s incredible Half-Life Alyx aren’t exactly commonplace. While Sniper Elite VR‘s gunplay is superb, its sense of scale feels greatly reduced compared to its predecessors. Areas are small, cramped, and largely linear affairs. Not only do these changes greatly limit the way you can proceed throughout your missions, but they also make stages feel more like an arcade-style experience – a fact that’s further driven home by the running score-counter that rewards points for certain types of kills.

Not only are the environments smaller and more limited, but the enemies you’ll encounter also won’t put up much of a fight, either. For example, on one occasion, I found myself peering into a train depot filled with soldiers through a skylight. After shooting a grunt in the head with my silenced Wellrod, his comrade came over to inspect the body. I took aim and fired. However, my round went wide and crashed into his shoulder. That’s okay, though. He forgot about me within a minute and continued on his patrol. This process repeated itself half a dozen times until the once-bustling depot was cleared out of baddies. Apparently, they must’ve thought my hail of bullets was just an overzealous mosquito or something. Needless to say, the enemy A.I. leaves a lot to be desired.

While I enjoyed my time with Sniper Elite VR, I found these issues hard to ignore. Larger, more varied environments and smarter enemies would’ve gone a long way towards helping the game realize its full potential.

Getting A Feel For Freedom Fighting 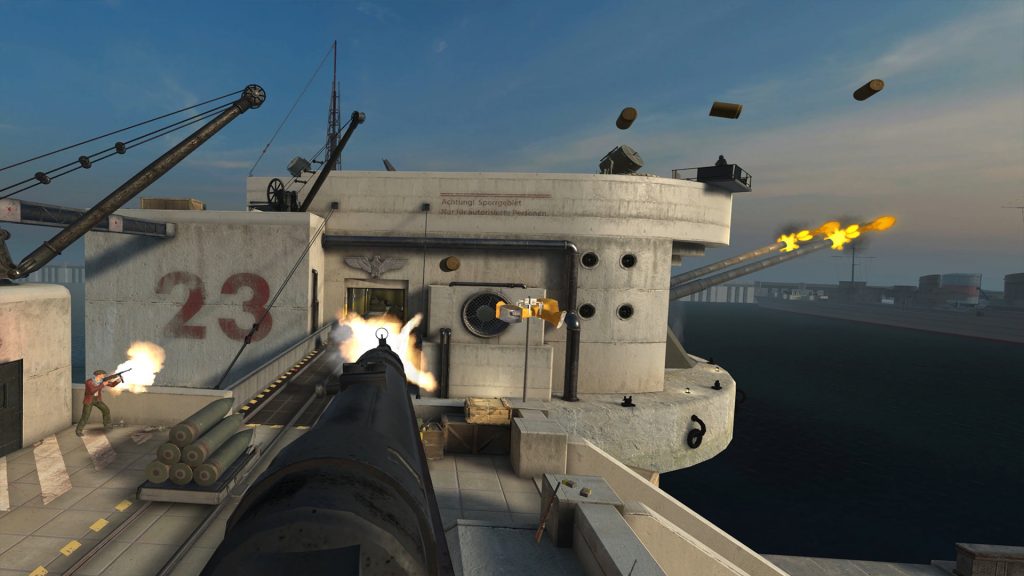 When it comes to its control options, Sniper Elite VR should please VR veterans and newcomers alike. The game supports both teleport and smooth locomotion, and there’s an auto-reload option that greatly streamlines things. Of course, playing in teleport mode with auto-reload all but kills the immersion factor. Still, more accessibility options are a good thing, and those who are just finding their VR legs should appreciate these less demanding control schemes.

That’s not to say I don’t have any issues with them. For starters, having up to 6 weapons in addition to your ammo pouch on your body can make inventory management cumbersome at times. I found using the chest holsters to stow and draw my pistols to be pretty frustrating. Even when the controller would rumble to indicate my hand was in the right place, I’d often end up aiming nothing but finger guns at the enemies bearing down on me. I had the same issue with the game struggling to recognize when I’d close the bolt of my rifle, which resulted in more than a handful of what felt like cheap deaths over the course of the game’s campaign.

At first, I was ready to chalk these issues up to my VR setup. But after adjusting the lighting and sensors several times, these problems persisted. Thankfully, they were never enough to make me want to stop playing.

Sniper Elite VR Isn’t A Clean Kill, But It Gets The Job Done

At the end of the day, Sniper Elite VR is a bit of a mixed bag. Hands down, the game offers the best sniping experience you can find in VR. So if you’re an armchair assassin looking to bag some bad guys, this is a game you won’t want to miss. But, on the other hand, it’s just a shame that things start to fall apart whenever you get up close and personal with your enemies.

If you’re a fan of the Sniper Elite franchise and are looking for a fresh perspective on its blend of stealth action, Sniper Elite VR delivers the goods. Just don’t expect the same sense of polish and scale as its flat-screen offerings before you undertake this mission. Viva la revolucion!

Editor’s note: This review is based on a retail copy of Sniper Elite VR provided by the publisher. 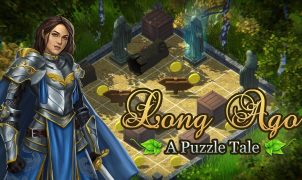 Title Rolling to Victory   *Cough, cough* Ahem… There once was a girl who dreamed That life could be more than it seemed To be free like the birds…