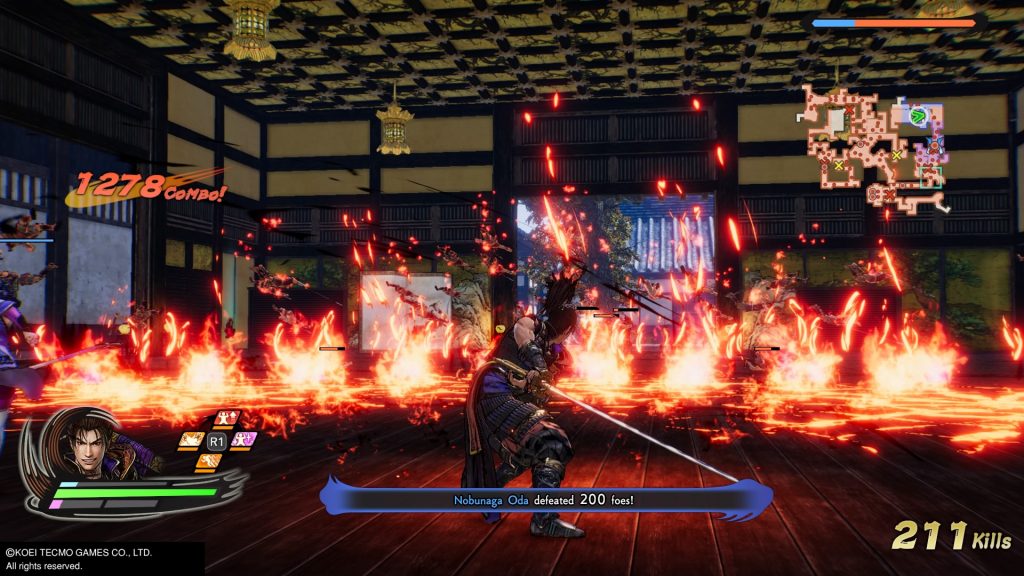 Samurai Warriors 5 is the fifth installment of the Samurai Warriors franchise, a spin-off of the Dynasty Warriors line of games that follows tales of the legendary wars between titans on the battlefields of ancient China.

Like the original source material, the Samurai Warriors series is a lineup of hack-and-slash, button-mashing ‘musou’ combat action games that showcase the wartime exploits of legendary Japanese warriors during the Sengoku period in medieval Japan.  This was a particularly chaotic period in Japanese history when central authority crumbled, causing a nationwide power vacuum in which all feudal lords, big and small, vied for power and control of the land for almost 50 years. 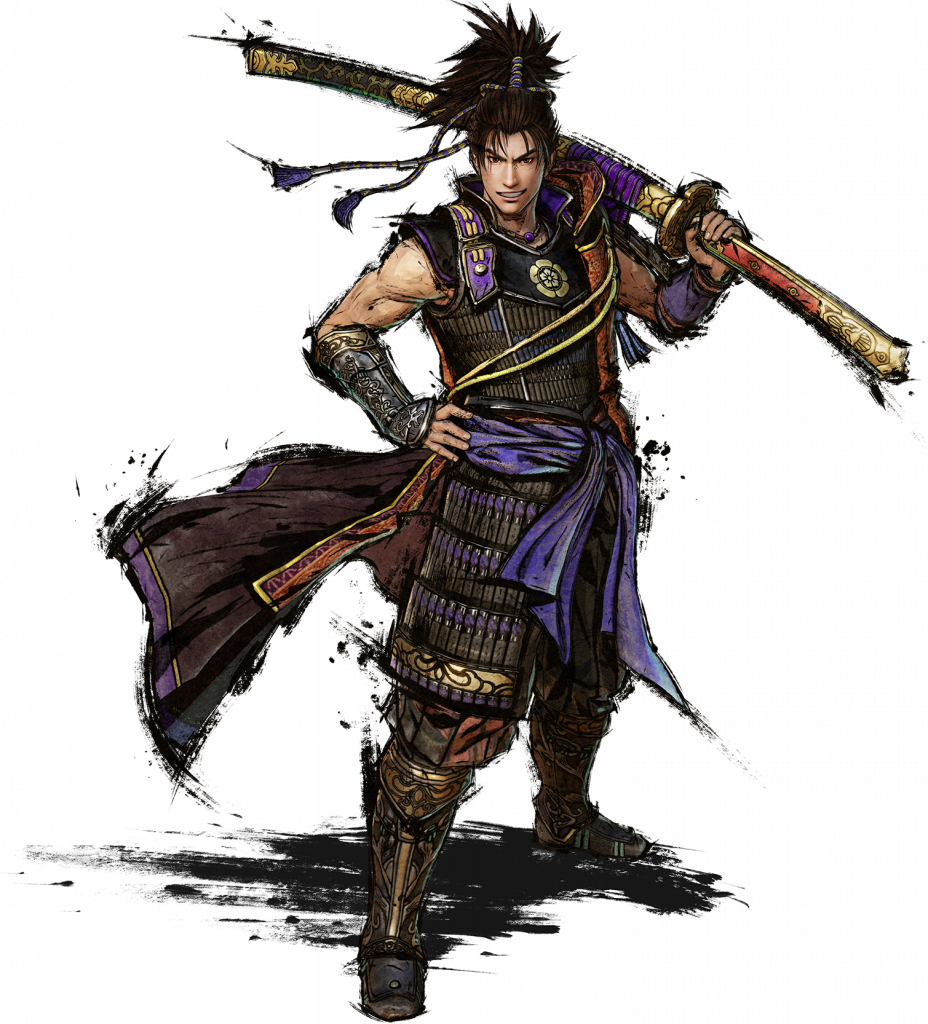 The game follows the story of Oda Nobunaga, a brash young daimyo (feudal lord) who rose from relative obscurity, and, against all odds, subjugated powerful rivals to eventually rule almost all of Japan.  Being a big fan of Samurai Warriors: Spirit of Sanada, which focuses on the exploits of another famous clan of samurai at the very end of the Sengoku period, I was eager to see how this new volume stacked up against my earlier (and first) introduction to the game franchise. 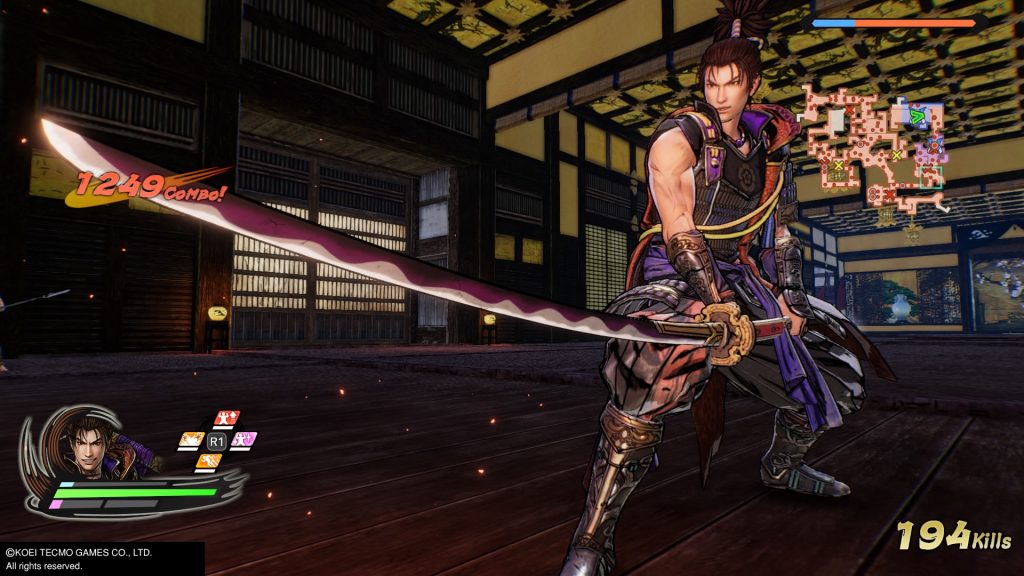 Just like its predecessors, Samurai Warriors 5 is primarily an action game that involves endless amounts of combat with massive armies of grunts (and powerful bosses) on successive battlefields, but it also blends in strategy and character development.

As a result, the scope of the game gets increasingly broader and complicated, but luckily, the developers include an excellent first-time player tutorial guide that explains all the features of the game in great detail, in real time.  Aspects of gameplay such as offensive/defensive moves, combo attacks, special attacks, skills development, and weapons development are covered in detail in the tutorials.  Thanks to this in-game help, players can get acquainted with the elements of combat, strategy, and equipment/player upgrades with relative ease.

The gameplay is all you would expect of a classic musou game: hours upon hours of stress-relieving “attack dog” gameplay, and slaying thousands upon thousands of helpless targets with increasingly powerful attacks of glorious complexity and dazzling intensity (see: Hyper Attack + Ultimate Skill). 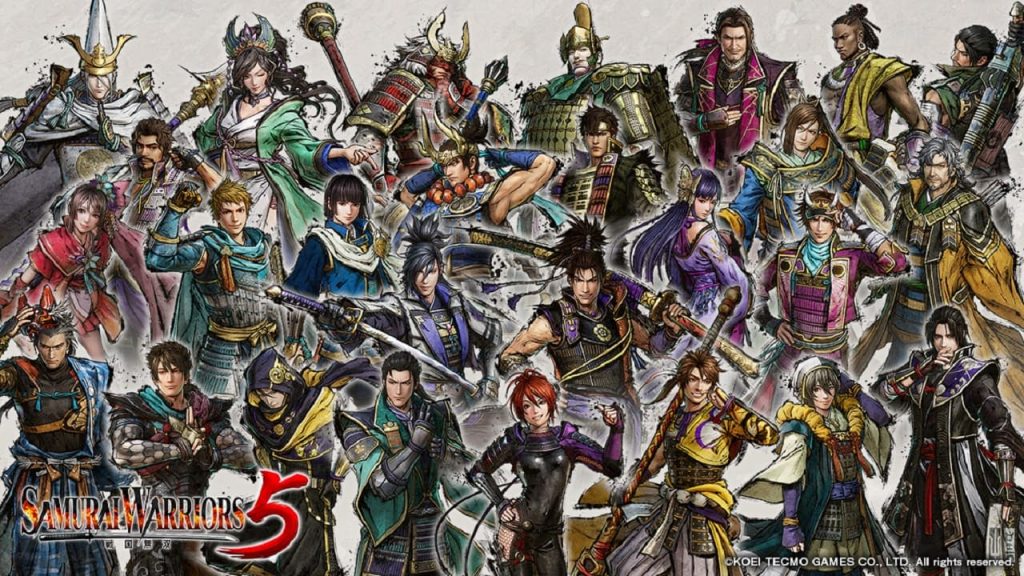 Adding to the visual aspect is the art style, which follows more recent game trends and is cel-shaded.  So Samurai Warriors 5 is certainly a feast for the eyes like all its predecessors, and there are no points deducted for that.  This game also isn’t a simple button-masher with a superficial storyline.  Those who are familiar with Japanese military history will appreciate this retelling of the rise and fall of Oda Nobunaga, one of the three great unifiers of Japan, with his spectacular rise to power, high-powered alliances, and the political intrigue that eventually lead to his demise. 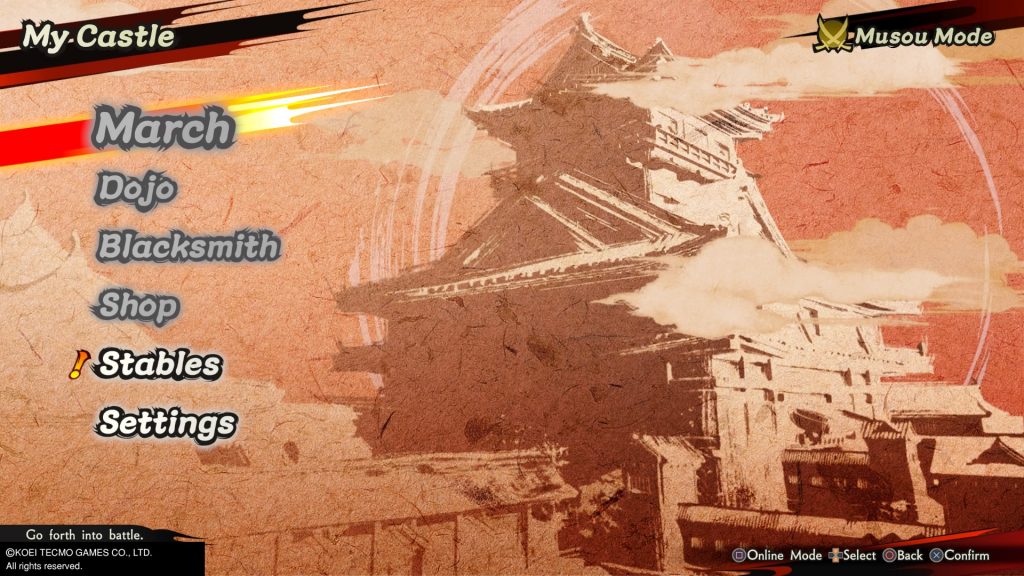 Despite these strengths, one area in which this new title compares unfavorably with Samurai Warriors: Spirit of Sanada is in the resource collection aspect of the game.  In the older title, the player can roam around conquered areas and established forward bases (towns) on the map of central Japan to shop interactively for goods and services (such at a general merchant or blacksmith), and even fish and farm off the land.  In Samurai Warriors 5, this process, while still largely present, is entirely menu-based.  Thus regrettably, the process of resource acquisition offers a much more static experience that pales in comparison to the satisfaction of playing mini-games to acquire goods and resources, like a harvest of vegetables or a giant fish.

Nevertheless, the player can access the ‘My Castle’ sub-menu in Samurai Warriors 5, and upgrade player skills/EXP, weapon stats, mounts (horses), and shop for useful items.  It is even possible to upgrade the castle’s shops and buildings to improve its capacity for upgrades.  Of course, all these offerings will have a direct positive impact on your ability to wage war on the battlefield.

One fun aspect of combat gameplay is that certain missions are enabled with co-op play.  You and a second player can combine your efforts to defeat all enemies on a battlefield/level, and also achieve timely strategic goals that would be difficult to do on one’s own. 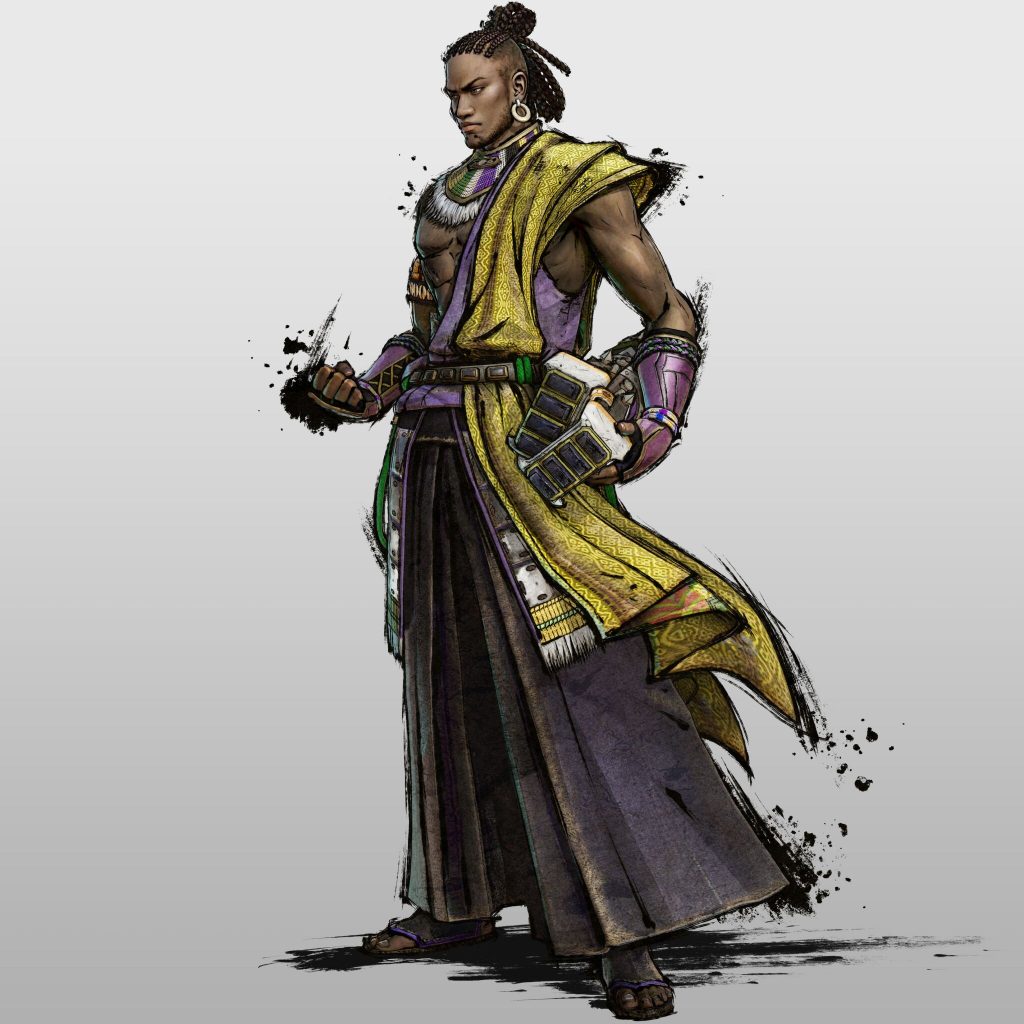 Another notable point of this game is the inclusion of Yasuke as a game character.  Yasuke is a real-life historical figure, the first and only documented retainer (a warrior in the service of a lord) of African origin.  He first came to Japan as a slave of a Portuguese Jesuit missionary, but ended up loyally serving Nobunaga until his death.  The inclusion of a non-Japanese in the character line-up is definitely not something I’ve seen in any Samurai Warriors game, and that’s pretty cool.

It’s fairly reasonable to say that I have a fondness for the Samurai Warriors franchise, and in terms of actual combat this game also delivers in spades when it comes to style and intensity.  One also accepts having to slog through the drawn-out and sometimes tedious process of acquiring resources (to upgrade player stats and weapons for greater combat effectiveness) — but the one thing that made the drudgery more bearable, like the interactivity and humor behind the process in Samurai Warriors: Spirit of Sanada, is sadly lacking in this game.  In spite of this shortcoming, Samurai Warriors 5 is still an exhilarating and visually arresting adventure through the chaos and political vortex of Sengoku period Japan.

Editor’s note: A review copy of Samurai Warriors 5 was provided by the publisher.