An Okay Port, But Not Much More 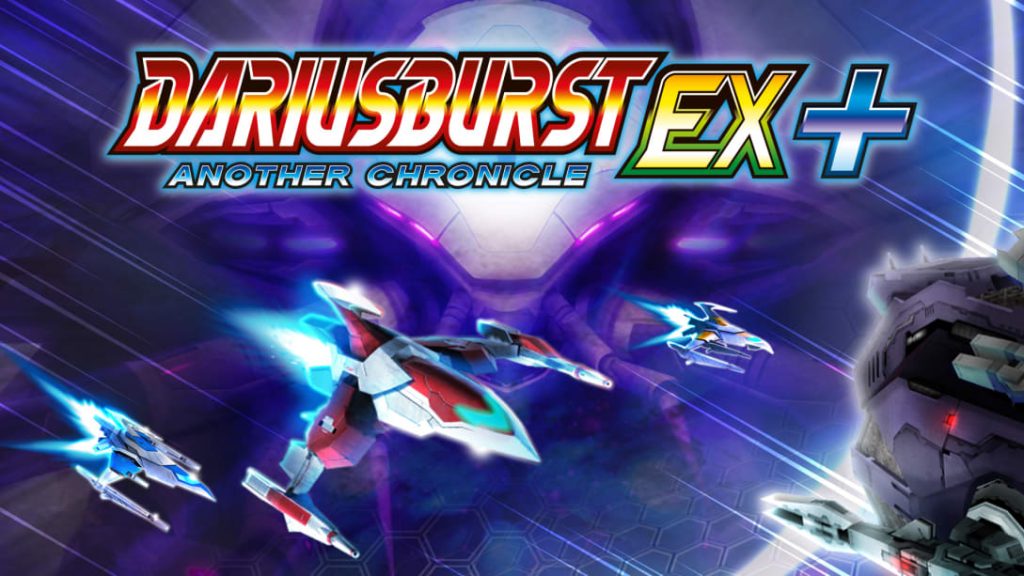 The Darius series has never been one of the bigger names in shooters. Despite that, they’ve always been a bit of a personal favorite since I bought Darius Gaiden for my Sega Saturn. Dariusburst: Another Chronicle EX+ maintains the same tight, stellar gameplay the series has been known for all these years. I just wish that it offered something beyond that.

A Few Ways To Play 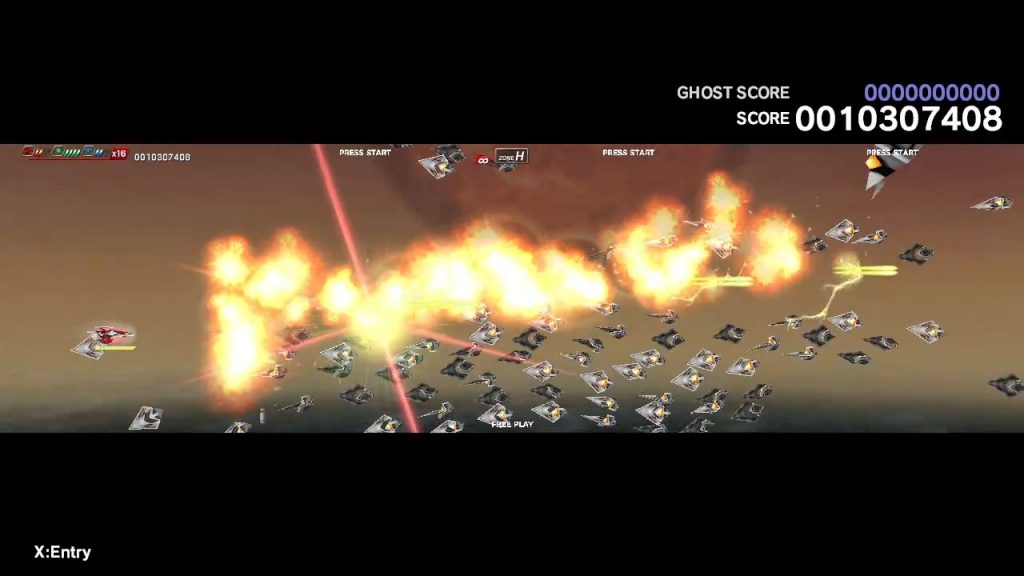 You’ll drop into one of four main modes. Original mode gives you a set of three paths you can start on, with branching sets of stages depending on the difficulty you want. For those who need even more of a challenge, there’s EX Mode which has an even more challenging set of levels.

A new event mode is here as well. This brings a series of levels that were originally limited-time options in the arcade home for the first time. There are also a handful of brand new missions here. A chronicle mode gives you a wide selection of missions to tackle, but they get old pretty quickly. They’re fairly repetitive with not a ton of variety. 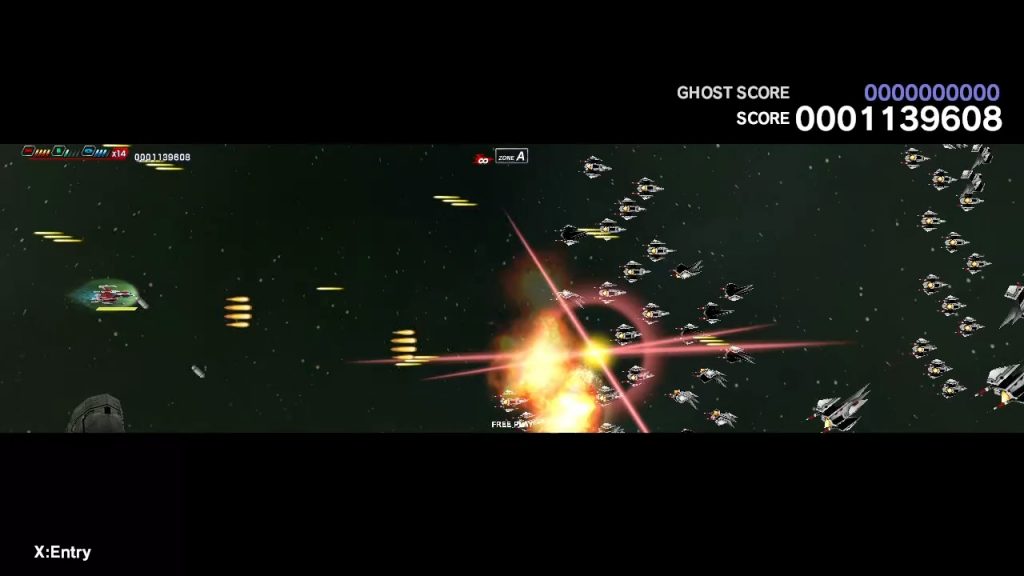 Dariusburst: Another Chronicle EX+ plays great. Levels are well designed, with a ton of enemies coming at you at once. This isn’t quite bullet hell, but the difficulty can get pretty absurd on the higher levels. Infinite lives are an option on most of the game’s modes if you don’t care about climbing the leaderboards. If you’re not an expert SHMUP player, this may be a good place to start.

You have a wide variety of ships to choose from, each of which has enough unique properties to feel like they matter. They all have a basic attack and a burst attack. You can even use a special form of your burst that allows you more control over it, with the downside of not being able to fire your main weapon while using it. Finding the right ship will be an important part of getting into the game. Special attacks can have very different properties which have to be used entirely differently. We’re not just talking about attacks that look a little different. 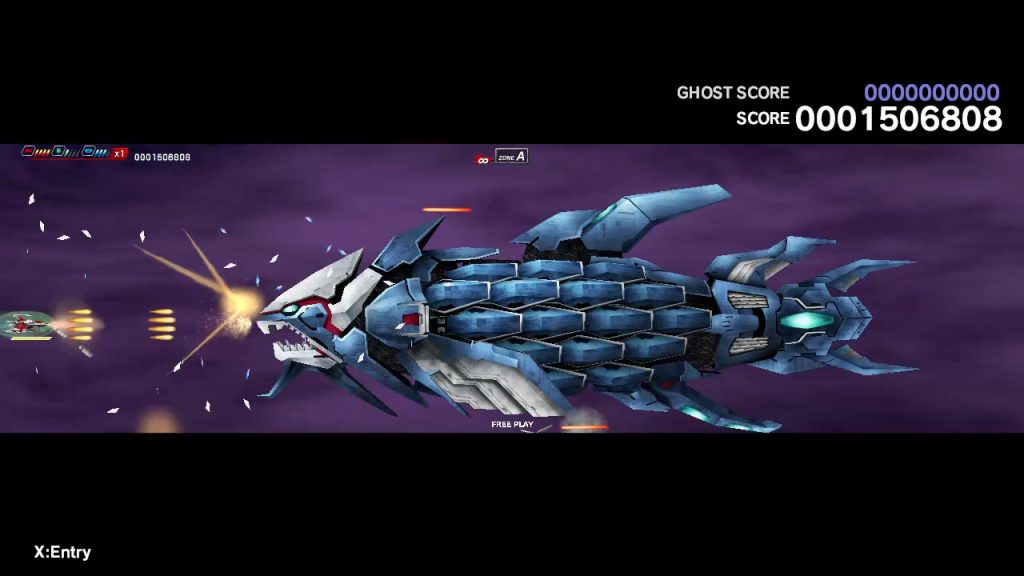 Bosses are huge and suitably intimidating, with a wide variety of strategies needed to beat them. I do wish that there was more of a tactile feel to hitting them, though. At times I almost wondered if I was damaging them with my shots. This carries over to a lot of the game. Most of your attacks will keep going, so they don’t feel like they made an impact. Some enemies will flash when hit, but it’s inconsistent.

Everything runs smoothly on the Switch, with no noticeable performance issues while playing the game. I did see a slight bit of slowdown during some of the level transitions, but since you’re not in control of that, it isn’t a big deal. The game’s soundtrack is a highlight, with rocking tunes that bring a lot of intensity to the game. They really pull the experience together. I tried playing a few levels in handheld mode with the volume off because my wife was watching TV, and this definitely isn’t the way to experience Dariusburst.

Perhaps Not So Perfect For Switch 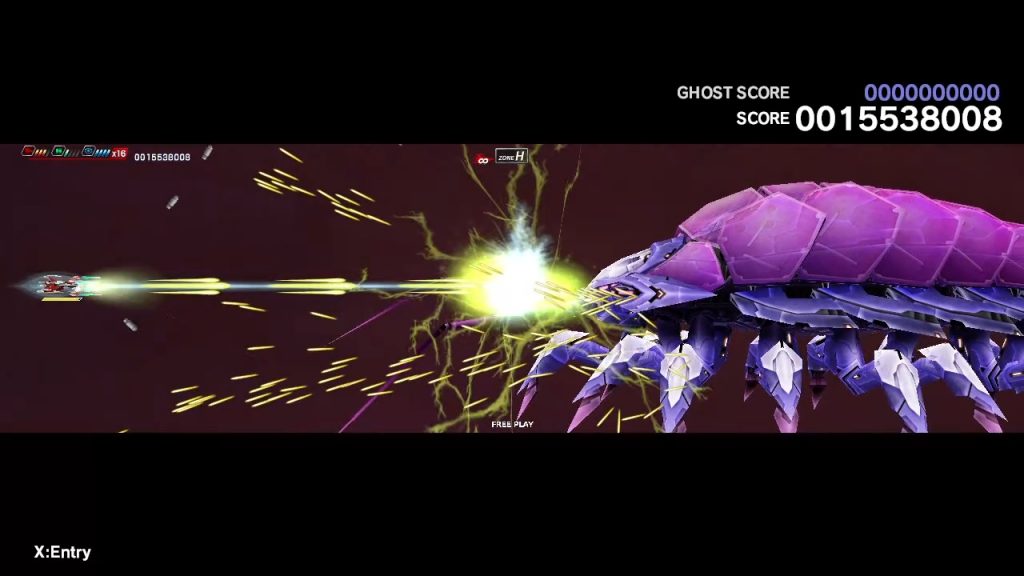 It quickly becomes clear that this is a very straightforward port of Dariusburst: Another Chronicle, which started as an arcade cabinet. You can choose between different versions of the cabinet in the settings. The game says free play right on the screen. Menus still have images of the arcade cabinet and the button instructions for that version of the game. Some of this is kind of cool. I like the cabinet options, and seeing the original cabinet isn’t bad. Still, updating the control instructions on the loading screen seems like the sort of small thing that should have been a no-brainer.

Little consideration has been given even to the platform being ported to. You’ll often hear that certain games are perfect for the Switch, but that’s really not the case here. This game is zoomed out pretty far, and on a small screen, that’s less than ideal. It’s not a huge problem during gameplay, though the game’s option to zoom in is just not worthwhile. You need to see what’s going on around you. The issue is most problematic on some of the menu and transition screens. There was text I couldn’t read even when holding the Switch right up to my face. This isn’t the first game to have issues with text on the small screen, but it’s one of the worst offenders. Playing on a TV screen solves a lot of the issue if that’s how you mostly play your Switch.

Dariusburst: Another Chronicle EX+ is a lot of fun to play in the moment. While I don’t love every design choice the development team made, I completely see what so many fans love about it. This Switch port, however, is a cheap one, not doing a great job of utilizing the platform or providing the sort of content expected of a home port. If you’re desperate for more Darius on your Switch, it’s not a bad option. With two different Darius collections releasing last year, however (One for the series’ arcade history, another for its console history), and with Darius Cozmic Revelation on the way, which will include this title and a remaster of the excellent G-Darius, there may be better options for you to enjoy killing robot fish on the go.

Full disclosure: This review is based on a copy of Dariusburst: Another Chronicle EX+ provided by the publisher. 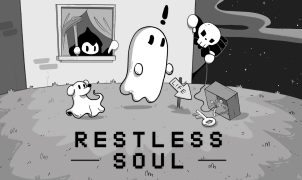