Friends until the world ends! 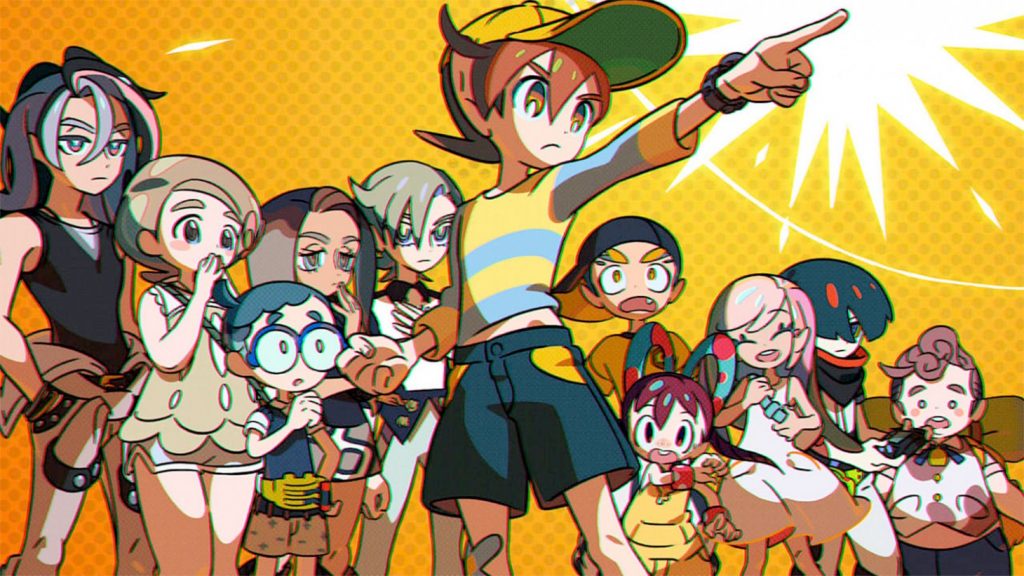 Has this ever happened to you? You’re on your 6th grade school field trip with all your friends, happy to be on the bus on the way to an exciting adventure, when — suddenly — a gigantic asteroid appears and vaporizes Tokyo? No? Well, it happened to Reycho, Vanilla, Pochi, and the rest of the Go-Getter’s Club, setting them on a strange path forward into an unknown new world full of giant bugs, man-eating plants, and bizarre cults. At least they have each other, right?

So begins World’s End Club, spearheaded by dream team Zero Escape director Kotaro Uchikoshi and Danganronpa creator/scenario writer Kazutaka Kodaka. Heavily featuring elements from both beloved franchises while creating something entirely its own thing, World’s End Club doesn’t exude the same intensity as its inspirations, but it certainly makes what made them great far more accessible to younger audiences. Emphasis on the younger audiences, folks (it is rated T for teen, after all). 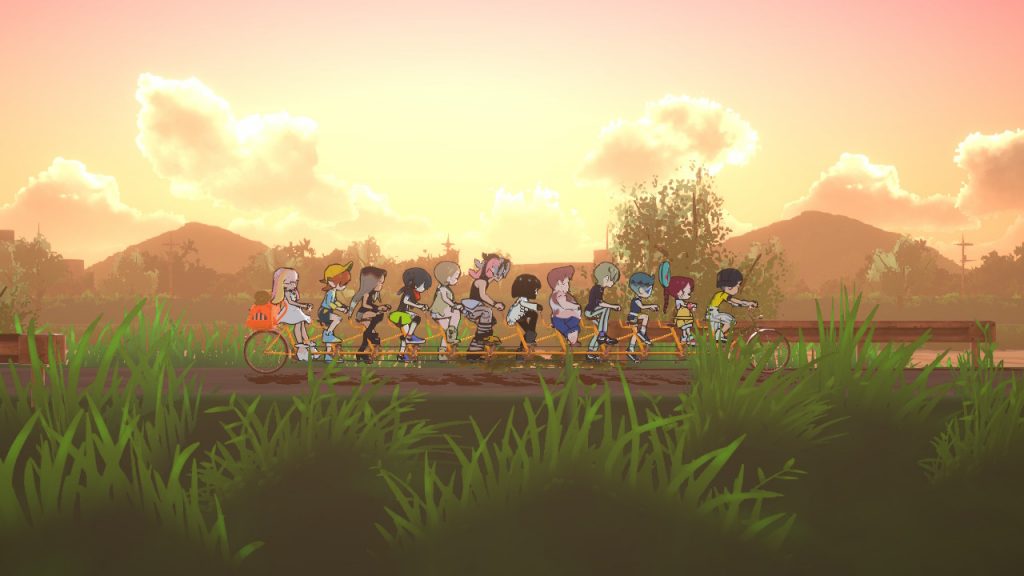 Fans of the Zero Escape series will immediately understand World’s End Club’s general themes. Opening up on an abandoned underwater themepark, the group of children find themselves in a strange room, each with a wristband on their left wrists. A mysterious figure appears and informs them they’re now playing a task elimination game — the first person to complete their task wins and will receive a key that potentially unlocks the exit. Of course, this is easier said than done, as each child’s task is on another child’s wrist, and if this mysterious being is to be trusted, those who lose won’t be leaving the facility… ever. What’s worse, not playing is simply not an option — there’s a time limit of one hour, and if no one wins, everyone loses, forever trapped in these metal bowels far beneath the sea.

Within minutes, it’s clear to see that the task elimination game is only a part of what World’s End Club has to offer in terms of recreating the Zero Escape series. Further elements include pushing people into near-death experiences to unlock their potential and branching endings. Fans of Danganronpa will also see familiarity in the mysterious figure setting the rules of dangerous games in addition to side-scrolling exploration sequences. Coupled with unique, likeable characters that have fleshed out personalities and backgrounds, World’s End Club absolutely brings the best of both franchises to the table… 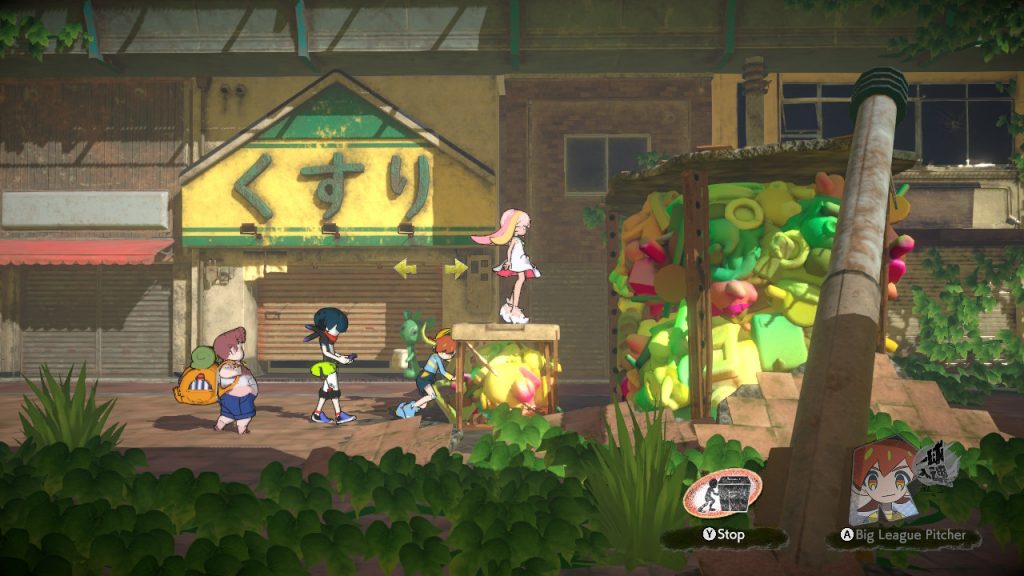 …in an aged-down way. Where the Zero Escape series has a surprising amount of history and science lessons incorporated into the storyline and both Danganronpa and Zero Escape can be violent (or at least fatal to the characters), World’s End Club does its best to take those same mature themes and make them palatable for a younger crowd. As an adult, I was of course delighted to play more of the same series that I love, but it felt childish and sometimes even yawn-inducing in comparison to the series that served as inspiration. Younger-mid teens will find World’s End Club interesting and novel while we ancient gamers will miss the higher stakes of the franchises that came before.

Despite this, World’s End Club is still fairly compelling, even for the older crowd. Traipsing around real-life post-apocalyptic Japan is engaging and offers some slight education on what certain regions have to offer (or at least where they are on a map), and there were at least a few twists that weren’t predictable (although plenty were if you’ve played the aforementioned series). The music was toe-tappingly delightful, and character development was strong, as each one worked through age-appropriate issues. Sure, the pacing may be just slightly faster than a snail’s, and the action sequences were simple to figure out but fidgety to actually finish, but overall, World’s End Club is cute, competent, and even clever in how it incorporates the player into the story.

World’s End Club feels a lot like the child of extremely talented parents. Where the Zero Escape and Danganronpa series aggressively delivered their respective themes and elements that hooked players, World’s End Club inherited their genes but not their experience. The framework is there and shines as strongly as ever, but if you’ve already played its predecessors, it feels less like an equal and more like both franchises dialed down in volume. There’s an exact audience for World’s End Club: teenagers who want to experience what Zero Escape and Danganronpa have to offer but aren’t ready for heavy technical reading or the mental anguish of executing classmates. It’s good, it’s sweet, but it’s immature. And honestly? That’s just fine.

Editor’s note: This review is based on a retail copy of World’s End Club provided by the publisher.