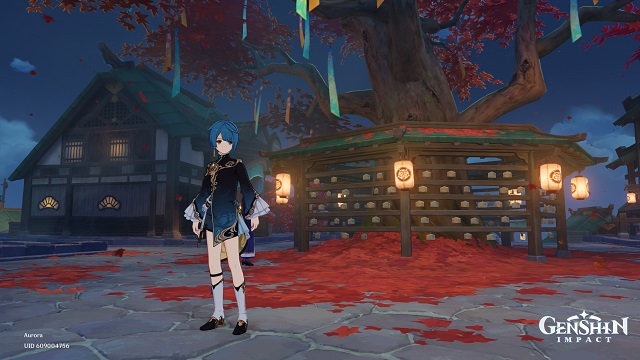 Time to get the hell outta dodge and move to somewhere a little roomier with this Ritou Escape Plan guide. You’ll need to have completed the quest Confessions of an Outlander to start this one.

Any attempts to leave Ritou Island are swiftly halted by border patrol, so the first thing to do is to head back to the Kanjou Commissioner’s Office to see if your clout holds up there enough to get you moving out of the village borders. They try to shoo you out too, but big man in office, Hiirage Shinsuke, claims you as honored guests. You’re free to talk to him and learn that he’s actually pretty cordial. The stories of the Traveler have made it to his ears, so he tries to recruit you to do some generic chores for him. Paimon wants to just leave after that when a girl standing further back prompts you to say that you’ll think about it. With Paimon confused, you set off down the stairs when someone named Shinnojou stops you and gives you a letter from Shinsuke’s daughter that claims to be able to get you out of Ritou. 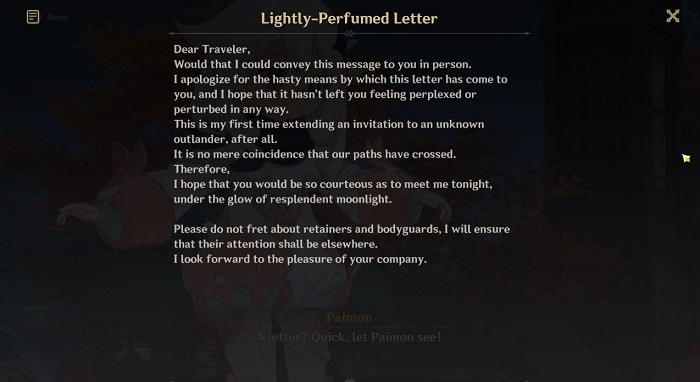 She requests that you meet her at the Kanjou Commissioner’s estate any time from sunset to night (18 to 24). 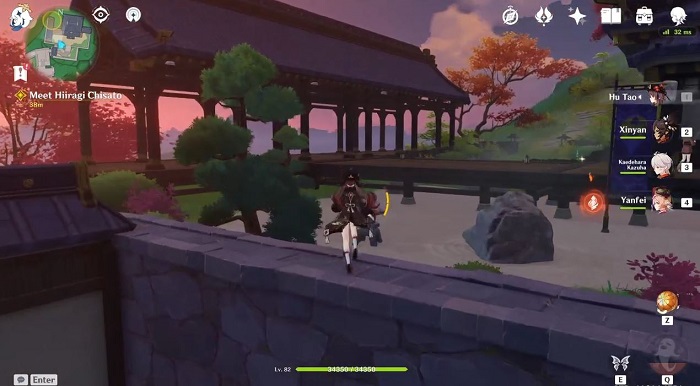 She needs a love letter mailed to someone in the Tenryou Commission named Kujou, so she’s going to allow you to flee Ritou and her father’s attempts at slave labor. She’ll be leaving right in sight of the guards under the guise of helping deliver a shipment that absolutely needs to be delivered under her supervision with you as a necessary escort. After Chisato talks the talk and shuts down the suspicious guards, you’ll escort her and the goods out of Ritou.

You’ll finally get to taste your first bit of combat in Inazuma! It’s nothing too spectacular, but an escort mission is still an escort mission. Keep the cargo safe and moving at all times, and be cautious of the water. Electricity and water do not mix, so take heed of the Electro wielders that’ll be assaulting the shipment. There’ll be some Treasure Hoarders, some Nobushi, a few Hilichurls, then, at the end, you’ll get to face down your first Kairagi. They hit a little harder than a normal mook, so watch the swings and dash frequently to fell them fast. 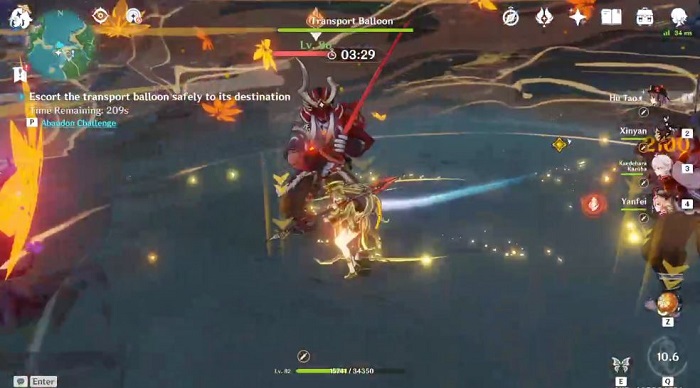 Once you’re through the sandbar, you’ll be done with your escort, with Chisato revealing to the guards her agenda. She’d be getting away with little in punishments. You’re free to roam as of now, but do keep in mind that Travel Permit. You’ll want to do Chisato’s Letter immediately after this, or you’ll be restricted to teleporting out of Ritou in the future until you get that Travel Permit. 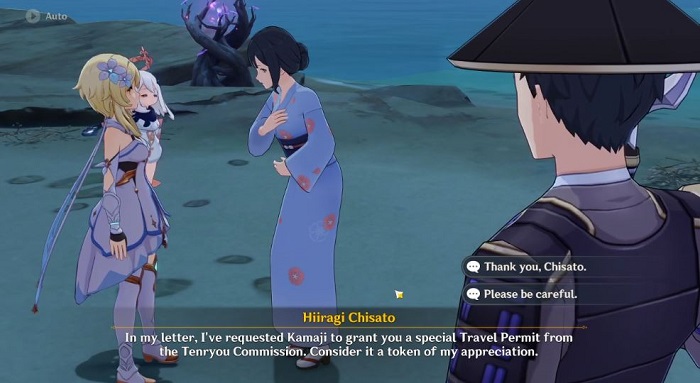 With this done, you can now go run around anywhere on the island, and you’ll have access to the Sacred Sakura’s Favor. That’s all for the Ritou Escape Plan Guide, so go claim your rewards of  800 Adventure EXP, 38100 Mora, 4 Hero’s Wit, and 7 Mystic Enhancement Ore and go wild exploring Narukami Island. If you haven’t checked out the guide to the previous quest in this chain, you can check that out here! ‘Til next time, this is Traveler Cory from HPP signing off!